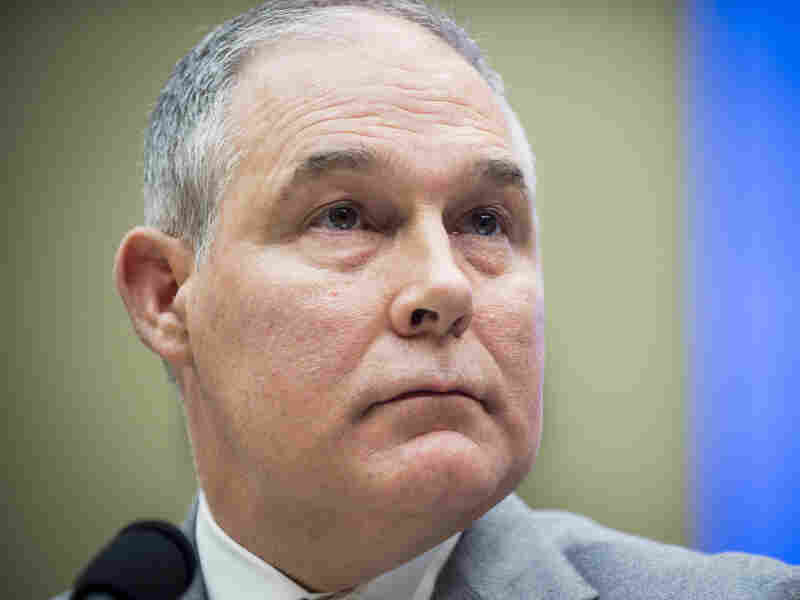 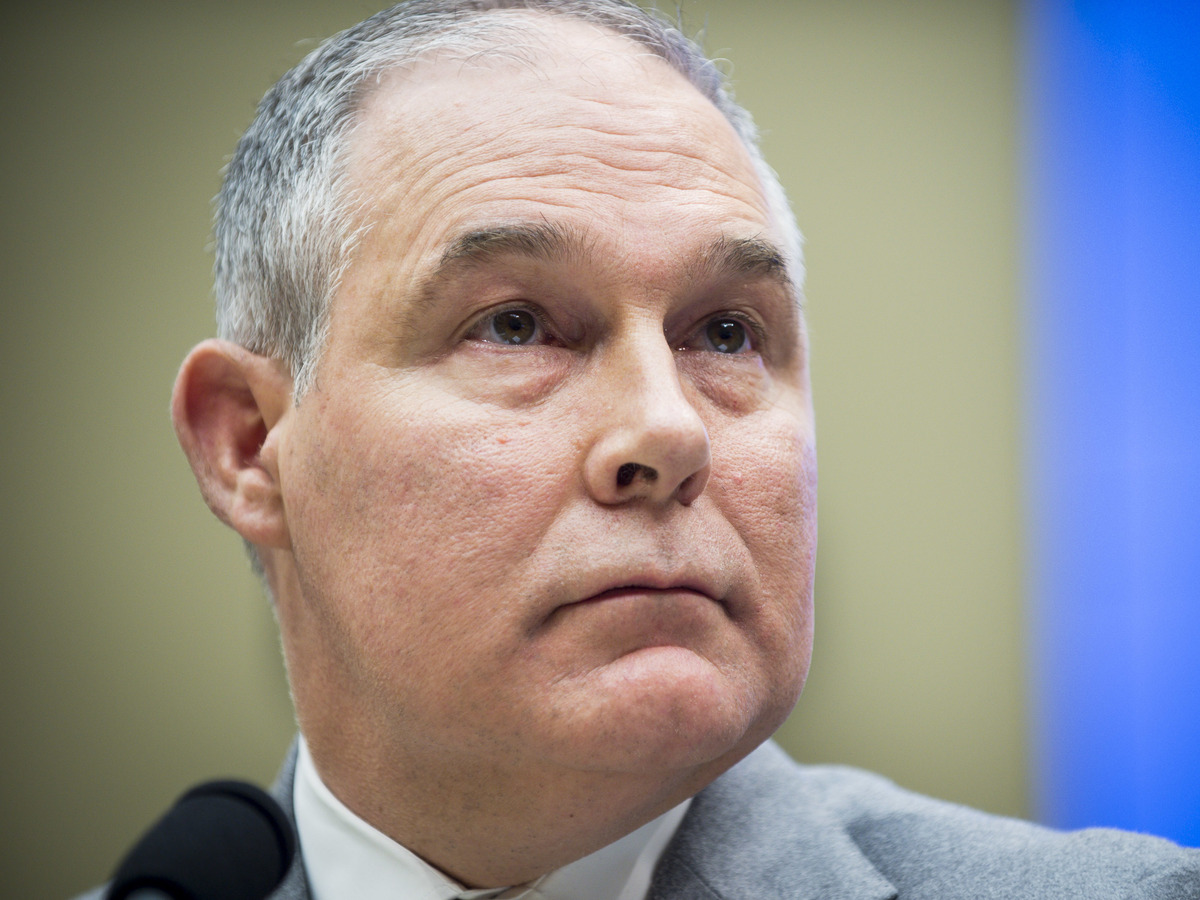 Environmental Protection Agency Administrator Scott Pruitt testifies before the House Energy and Commerce Committee about the mission of the EPA on Dec. 7, 2017.

The nation's top environmental official kept busy Wednesday trying to clean up his own reputation, while a White House spokeswoman offered only a tepid defense.

EPA Administrator Scott Pruitt gave interviews to Fox News and the Daily Signal in which he defended a controversial housing arrangement and insisted he was unaware that two top aides had been given pay raises over the objection of the White House personnel office.

On Monday, Pruitt announced plans to roll back automotive fuel economy standards, even as he was ducking questions about what appeared to be a sweetheart housing arrangement in an apartment owned by the wife of an energy lobbyist. The deal, first reported by ABC and Bloomberg, allowed Pruitt to live in the apartment for several months last year while paying $50 a night.

Pruitt insists the arrangement was vetted by EPA ethics officials, and the agency produced a memo last week justifying the lease as fair-market rent. Others have questioned that because Pruitt paid only for the nights he was actually in residence. Reps. Don Beyer, D-Va., and Ted Lieu, D-Calif., have asked the agency's inspector general to investigate. Two Republican lawmakers from Florida, Carlos Curbelo (who is running for re-election) and Ileana Ros-Lehtinen (who is retiring from Congress), have joined Beyer in calling for Pruitt's resignation.

White House press secretary Sarah Sanders was asked during Wednesday's press briefing why the president, who campaigned on a promise to "drain the swamp," would be satisfied with a Cabinet member enjoying such a favorable rental arrangement with a lobbyist.

"The president's not," Sanders said. "We're reviewing the situation. When we have had the chance to have a deeper dive on it, we'll let you know the outcomes of that, but we're currently reviewing that here at the White House."

Trump spoke to Pruitt by telephone Monday night, but White House officials declined to describe the details of the call.

"The president thinks he's done a good job, particularly on the deregulation front," Sanders said. "But again, we take this seriously, we're looking into it and we'll let you know when we finish."

In his interview with Fox News, Pruitt maintained there was no conflict of interest, describing it as "an Airbnb situation."

Pruitt is also under scrutiny for pay raises granted to two staffers who previously worked for him in Oklahoma and followed him to the EPA. According to the Atlantic, the White House personnel office vetoed the raises, but they were granted anyway under authority from the Safe Drinking Water Act — a move that also allowed an EPA staffer to skirt limits on former lobbyists.

Speaking on Fox News, Pruitt said he was not involved in granting the pay raises and that he had taken steps to reverse them.

"I found out about this yesterday, and I corrected this action. ... It should not have happened," Pruitt said.

Pruitt was previously a favorite of the president's. The EPA leader has promoted fossil fuel development and encouraged Trump's decision to withdraw the U.S. from the Paris climate accord.

Pruitt, who is skeptical of the scientific consensus surrounding climate change, has felt the heat himself on numerous ethical fronts. Watchdogs have questioned his first-class travel habits, his round-the-clock security detail and his frequent visits to Oklahoma, where he is believed to have further political ambitions.

Pruitt's argument for why he is coming under fire? Because he has been so successful at the EPA.

"Anytime you do transformational things, there are critics and people that come out against you," he also said in his Fox News interview Wednesday.