Accessibility links
China Tariffs: Hog Farmers Worry They'll Be Further Squeezed One farmer says he has seen hog prices drop to the point where it may cost some farmers more to raise a pig than they can sell it for — and he worries about lower sales. 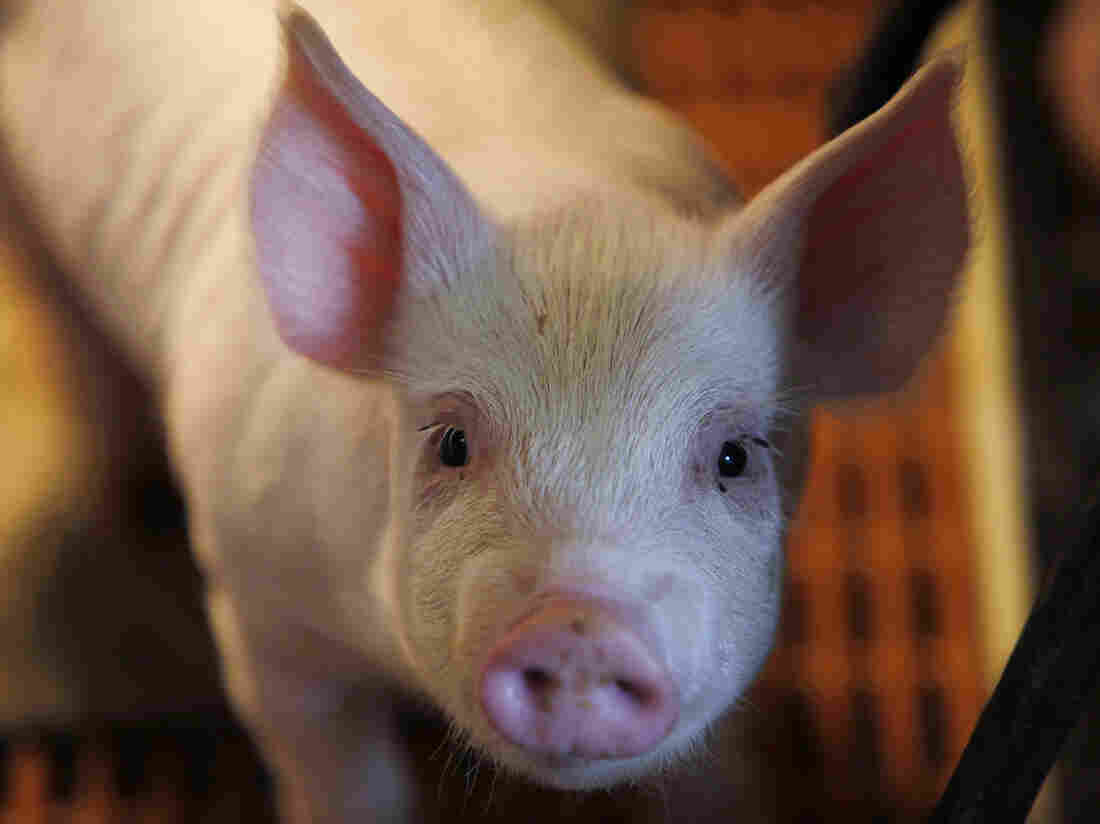 A pig stands in its pen at a farm in Collins, Iowa. Charlie Neibergall/AP hide caption 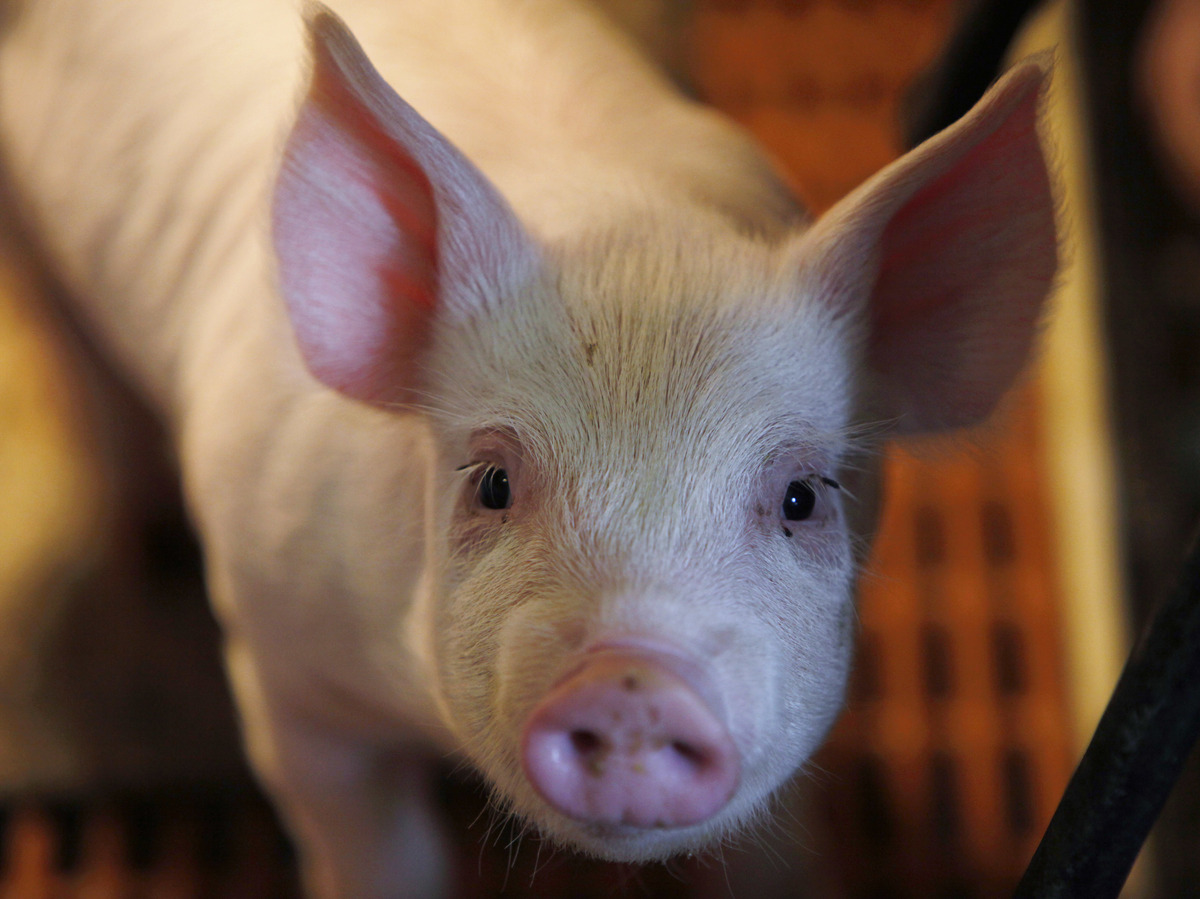 A pig stands in its pen at a farm in Collins, Iowa.

As China and the United States continue to lob threats over new import tariffs, farmers in the Midwest are already adjusting to the first shots in what could become a trade war.

China imposed new tariffs on pork this week, pressuring producers who already are barely making ends meet, and now the two countries have released lists for the next group of products each would hit if disputes over intellectual property and other issues aren't resolved.

In Nevada, Iowa, Howard Hill has a farm with corn, soybeans, cattle and hogs. He markets 7,000 hogs each year and about a quarter of them will end up overseas.

The National Pork Producers Council says about 26 percent of total U.S. pork production is sold in export markets, and China is a major buyer. Last year, spokesman Jim Monroe says, China bought about $1.1 billion of pork from the United States.

China even offers a market for parts of the pig that don't make money in the U.S., says Hill, like organs and skin. 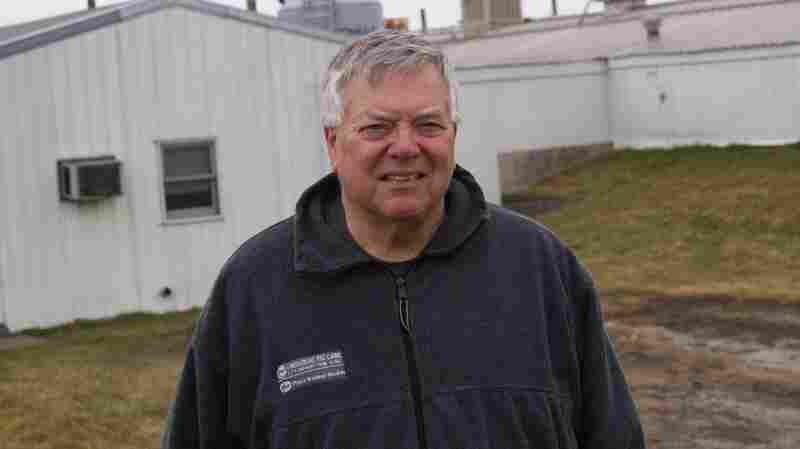 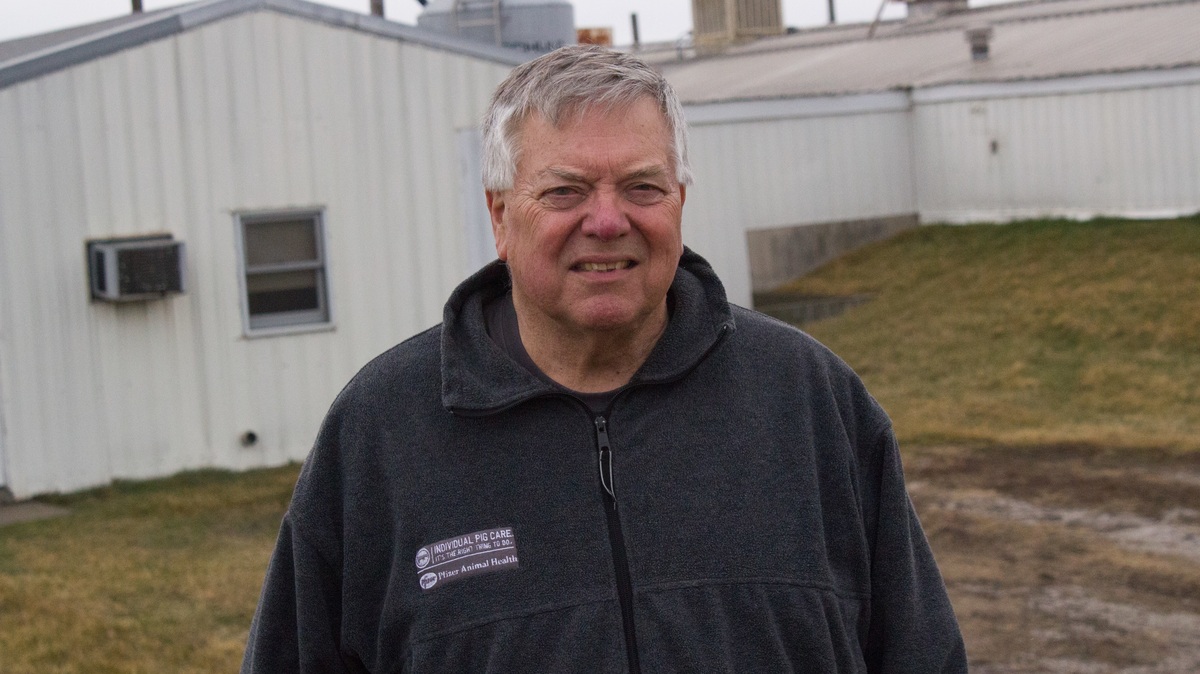 Farmer Howard Hill stands among his hog barns in Nevada, Iowa, where he also grows corn and soybeans and raises cattle.

"They value some of those variety meats that we don't and it adds quite a bit to the value of each hog that we sell," Hill says.

Farmers, therefore, are worried about the tariffs because undoubtedly lower sales follow. Hill says he has seen hog prices drop to the point where it may cost some farmers more to raise a pig than they can sell it for.

The U.S. and China are continuing to draw battle lines for the next round in this fight. China has put soybeans on the potential list for a 25 percent tariff increase, and many more farmers grow soybeans than raise pigs.

"That's going to have a huge impact on the farm economy," Hill says, if it goes through.

But Wendong Zhang, an economist at Iowa State University, says talk about a big soybean tariff may prove to be bluster because the Chinese really don't want to make soybeans more expensive to import.

"It will hurt them a lot," he says. "I feel that could be one of the nuclear options that they reserve as a last resort. They don't want to use it because it's hard to find substitutes."

But Zhang says at $12 billion a year, soybeans are a juicy tariff-target — right up there with airplanes and cars.

President Trump insists these moves don't constitute a trade war. He says he's only trying to protect American intellectual property and manufacturing. But some Midwest lawmakers wonder why farmers are always in the cross-hairs.

"I support the president's efforts to protect American jobs," says Sen. Joni Ernst, R-Iowa, but she's concerned the president isn't keeping the promises he made to farmers. "I do wish that the tariffs move would be in a more subtle approach, where we're maybe phasing it in, we're trying to protect the interests of the American farmer. And that's not what has occurred."

Instead, farmers are, once again, on the front lines of a trade dispute. Threats to agriculture were an opening salvo in the ongoing negotiations over NAFTA, the free trade agreement with Mexico and Canada.

But the way commodity markets work, if the cost of soybeans tanks in response to possible Chinese tariffs, the cost of raising hogs will drop. And Howard Hill, the Iowa farmer, says while some farmers may be anxious over all of this, few are surprised.

"Farmers are used to volatile markets, so you have to learn to live with it and do the best you can," he says.

Still, volatility is one thing. Talk of a trade war upsets lots of farmers here in Iowa, and they're hoping for a trade armistice before anybody has to sell the farm.

"I don't think right now anybody is thinking they are going to exit the market because of this," Hill says. But if high tariffs on farm products get imposed over a long time, with a significant impact on the markets, "there will be people who go out of business."