Accessibility links
How The NRA Worked To Stifle Gun Violence Research For decades, the group stood behind legislation that has ended up suppressing such studies through budget cuts and limits on what data can be shared. 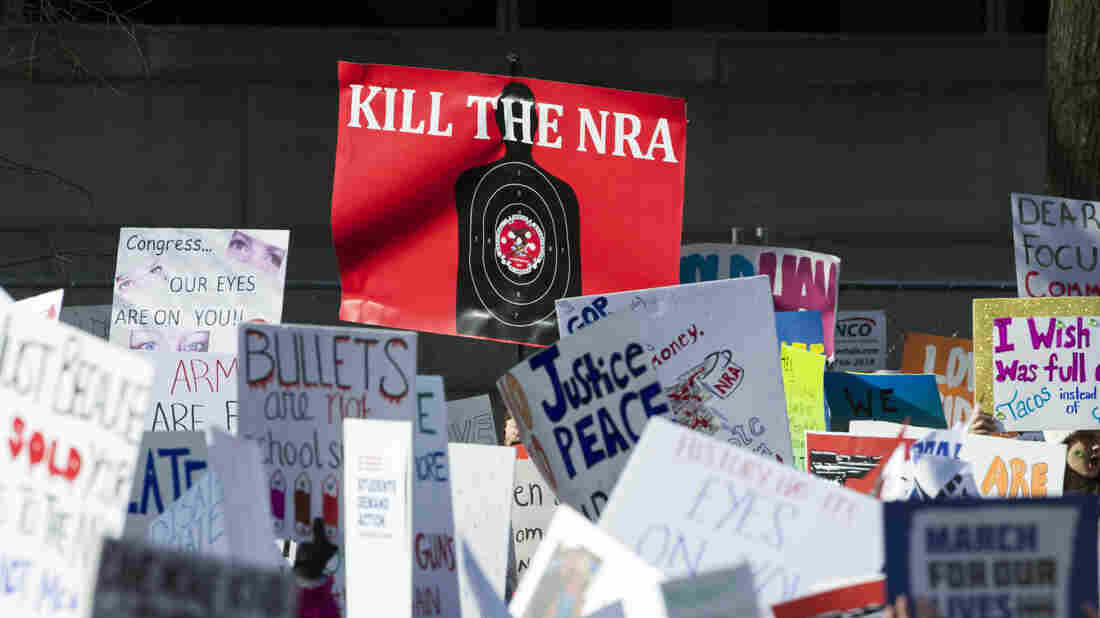 Gun control supporters held up many signs but had one message at last month's March for Our Lives rally in Washington, D.C. Cliff Owen/AP hide caption 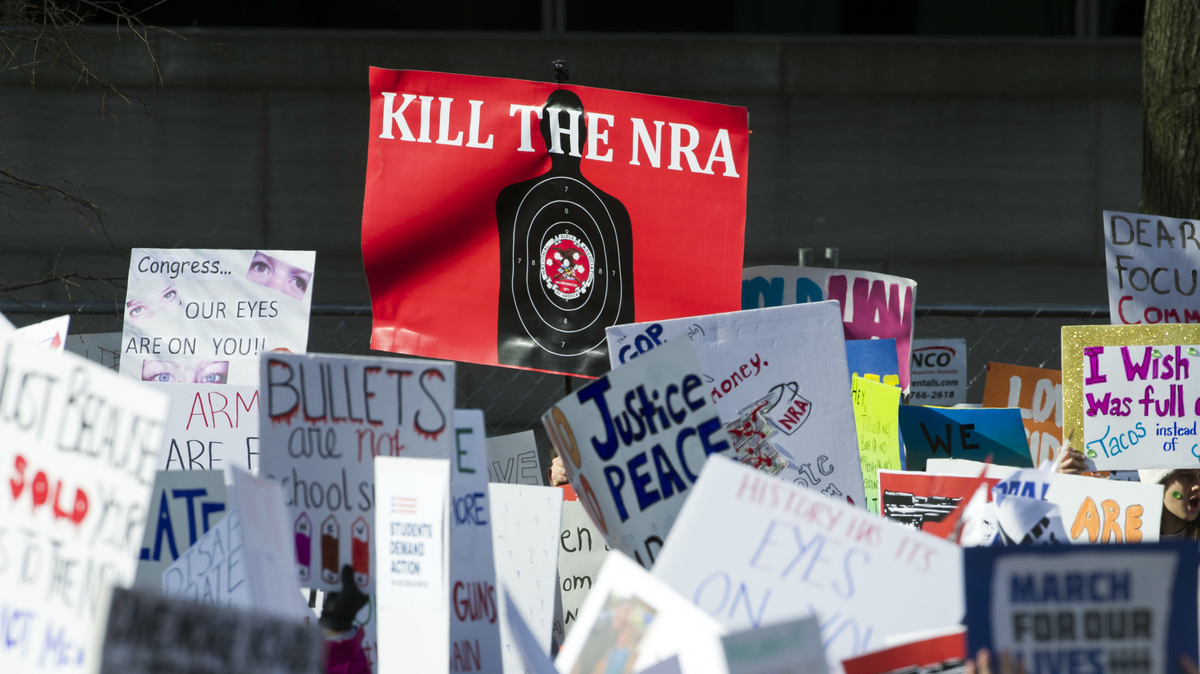 Gun control supporters held up many signs but had one message at last month's March for Our Lives rally in Washington, D.C.

The growing momentum for tighter gun control after the deadly school shooting in Parkland, Fla., is highlighting the National Rifle Association's history of aggressively confronting challenges to what it regards as Second Amendment rights.

Federal limits on both research into gun violence and the release of data about guns used in crimes are powerful reminders of the lobbying group's advantages over gun control activists. For decades, the NRA pushed legislation that stifled the study and spread of information about the causes of gun violence.

Last month, Congress passed a spending bill that included language giving the Centers for Disease Control and Prevention the authority to resume gun-related studies, but some researchers are skeptical anything will change without funding. The Democrats wrote that part of the bill in order to reverse the Dickey Amendment of 1996, which many believe virtually halted all research on gun violence.

The legislation didn't explicitly ban gun research, but funding cuts reduced it by 90 percent, according to Dr. Mark Rosenberg, the former director of the CDC's National Center for Injury Prevention and Control. The NRA was motivated to support the amendment after a landmark 1993 study that concluded that having a gun in the home was more dangerous than not having one.

"The NRA told everybody, 'You either can do research, or you can keep your guns. But if you let the research go forward, you will all lose all of your guns,' " Rosenberg tells Here & Now's Robin Young.

Instead of completely shutting down the National Center for Injury Prevention and Control, Rosenberg says Congress presented the Dickey Amendment as a compromise. But the center's budget was eventually cut by $2.5 million, and Rosenberg was fired in 1999.

Jay Dickey, the Republican congressman from Arkansas who spearheaded the legislation, told NPR in 2015 that he regretted his role in pushing through the provision.

"It wasn't necessary that all research stop," Dickey said. "It just couldn't be the collection of data so that they can advocate gun control. That's all we were talking about. But for some reason, it just stopped altogether."

Health and Human Services Secretary Alex Azar told a congressional hearing in February that the 1996 law only prohibits the CDC from advocating for gun control and that it does not block research altogether. He told lawmakers that the CDC should resume that work.

"We're in the science business and the evidence-generating business," Azar said, "and so I will have our agency certainly working in this field, as they do across the broad spectrum of disease control and prevention."

The NRA challenges the idea that its efforts limited the study of the effect of guns on public health.

"Anyone who thinks there's a lack of researchers studying firearms has been ignoring the headlines," Lars Dalseide, an NRA spokesman, told The Boston Globe. "The fact is, a number of studies are released every year. While most are tainted with preconceived outcomes in search of supporting data, there is plenty of funding in that arena."

Deaths From Gun Violence: How The U.S. Compares With The Rest Of The World

Another little-known legislative provision also impacts the study of gun-related deaths in the United States. The 2003 Tiahrt Amendment blocked the Bureau of Alcohol, Tobacco, Firearms and Explosives from distributing information from its national database of guns used in crime.

When local police obtain a firearm at a crime scene, the ATF traces where the gun was first sold, when it was sold and to whom. According to a 1996 analysis of ATF data, about 1 percent of gun dealers in the nation sold nearly 60 percent of guns used in crimes in the 1990s.

"The only thing that the Tiahrt Amendment did was protect the bad gun dealers," says Daniel Webster, a professor at the Johns Hopkins Bloomberg School of Public Health. "It did nothing to help the good gun dealers because they didn't need help. The data suggests that, again, most comply with the laws and are quite responsible."

Advocates argue that efforts to suppress gun research have resulted in more lives lost. They say applying science to other public health issues like motor vehicle deaths and smoking saved lives without banning cars and cigarettes.

"We can do it for gun safety, and we can do it without infringing on the rights of law-abiding gun owners," Rosenberg says. "What this language makes clear is that it's not either-or like the NRA told us 20 years ago. We can do both."