Accessibility links
Pregnant And Detained Immigration authorities have detained 506 pregnant women since December, when the Trump administration ended a policy to release most pregnant women while their immigration cases are pending. 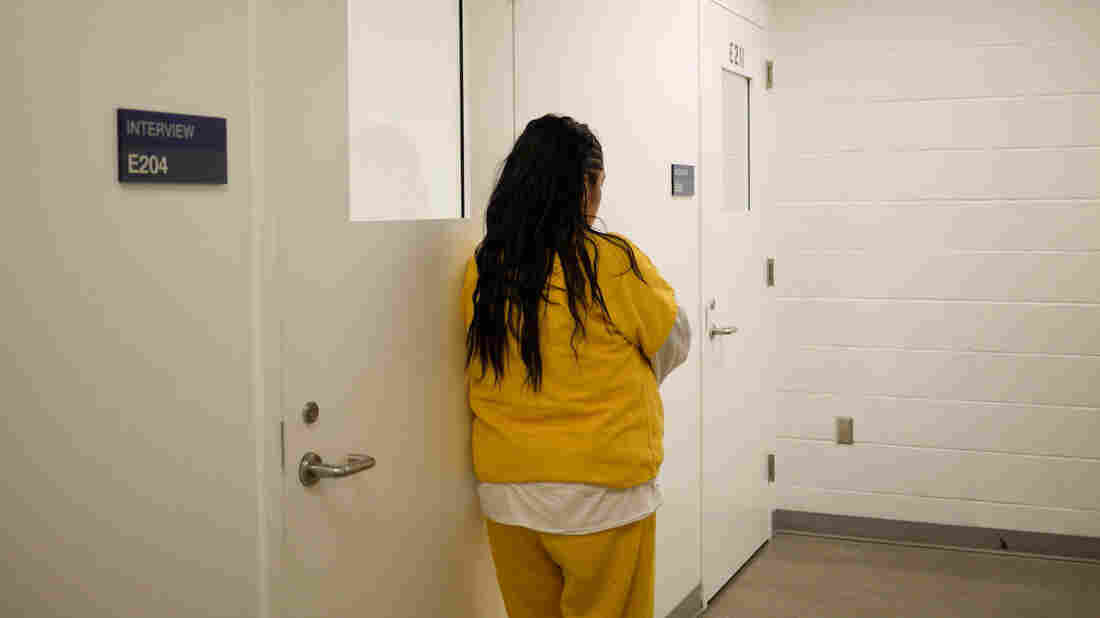 Jacinta Morales learned she was pregnant after she was processed into ICE detention. Liz Jones/KUOW hide caption 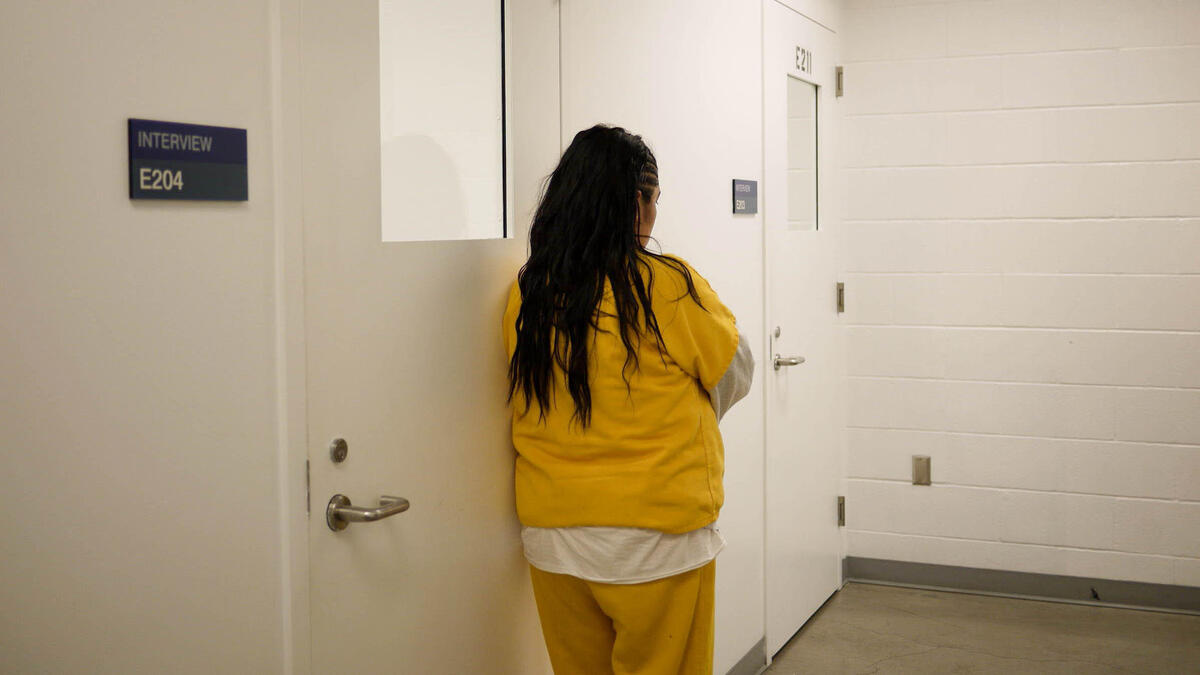 Jacinta Morales learned she was pregnant after she was processed into ICE detention.

Jacinta Morales, an undocumented mother of two U.S. citizens, originally from Michoacán, Mexico, recounted complications with her pregnancy while in detention. They started in April 2017 — the day she learned Immigration and Customs Enforcement planned to put her on a flight back to Mexico.

We first met Morales at the Northwest Detention Center last year. She wore a yellow uniform; her long hair pulled back in braids.

"The day ICE told me I'd be leaving in a week's time, I started to cry," Morales said, speaking through an interpreter. "I had pains and felt nausea."

She was worried about being separated from her son in Portland, Ore. He was 11 at the time and living with her long-time partner, Gonzalo. Her older son was living in Mexico.

Immigration authorities have detained 506 pregnant women since December, when the Trump administration ended a policy to release most pregnant women while their immigration cases are pending.

The move, announced last week, has led to an outcry from immigrant rights groups who say these women aren't getting adequate care.

Medical records from the detention center document Morales' anxiety, and that her condition was getting worse.

Then one day, Morales woke up bleeding.

"I was really bleeding hard," she said. "The officer asked me if I was feeling a lot of pain and I said yes. And she said, 'I'm going to go see if they can see you quickly.'"

Roughly three hours after her initial complaint, Morales was taken to the hospital — in the back of a patrol car, sitting up. She said it made the bleeding worse.

Her pregnancy ended in a miscarriage.

An ICE spokeswoman said Morales received appropriate care. But Morales believes more could have been done.

Every year, Adams' group represents hundreds of clients detained at the Northwest Detention Center in Tacoma, which houses one of the largest populations of detainees in the country.

"These individuals are not required to be locked up," Adams said. "There is no reason the mothers should not be allowed to go back to their families, to their homes and being in an environment that is going to give them the best chance at having healthy children."

Morales is one of 10 pregnant women who have made a formal complaint to the Department of Homeland Security. Some say they received poor prenatal care. Others miscarried, and blamed the stress of being detained.

Dozens of members of Congress have called for a thorough investigation.

Under the Obama administration, ICE updated its guidelines for pregnant women facing deportation. Generally, they avoided locking up women who were pregnant unless there was a serious criminal history or extraordinary circumstances.

The Trump administration just scrapped that policy, saying the shift is in line with the president's crackdown on illegal immigration.

"From our perspective, we are just aligning this policy, as we are with all other policies, with the president's direction," said Philip Miller, deputy executive associate director of ICE's enforcement and removal operations. "We are not going to carve out classes of persons who are not subject to the Immigration and Nationality Act."

Rather than a blanket policy that favors releasing these women, Miller said ICE officers will evaluate each case individually — "taking into account all factors to include the women's pregnancy and ICE's ability to care for her in detention," he said.

Plus other factors — like if she's a flight risk or a threat to public safety.

Miller says detention centers are equipped to care for pregnant immigrants. However, women in their third trimester will generally be released.

Overall, this policy shift appears to have greatly boosted the number of pregnant women in detention. According to ICE data provided to KUOW, 292 pregnant women were held in detention during a four-month period from January to May of 2017. But since the policy change took effect in December 2017, Miller said 506 pregnant women have been detained.

From inside detention, Jacinta Morales said she was telling her story in the hope that other women won't face what she went through.

"It's a place I would not wish any woman to be in at all," Morales said. "There's a lot of stress and depression. It makes you feel desperate."

Morales has since been released. An immigration judge set her bond amount at the lowest level possible, indicating she's not a flight risk or dangerous.

She's now with her son in Oregon. A year after we first met, her immigration case is still pending.