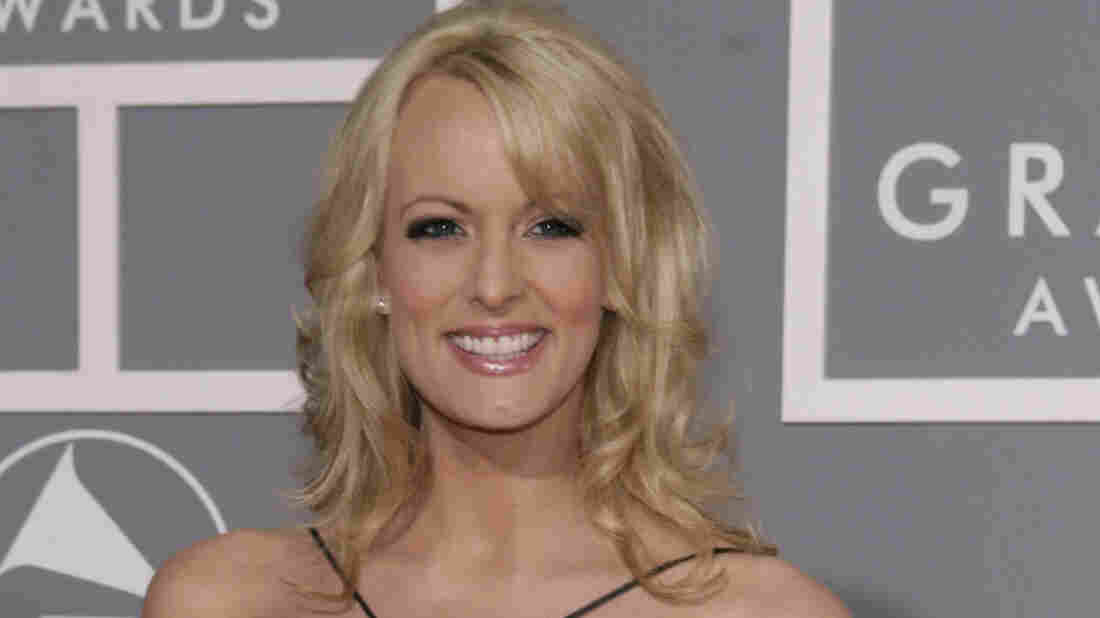 A lawyer for Stephanie Clifford, who performs under the stage name Stormy Daniels, says their "case just got a whole lot better" after the president's remarks. Matt Sayles/AP hide caption 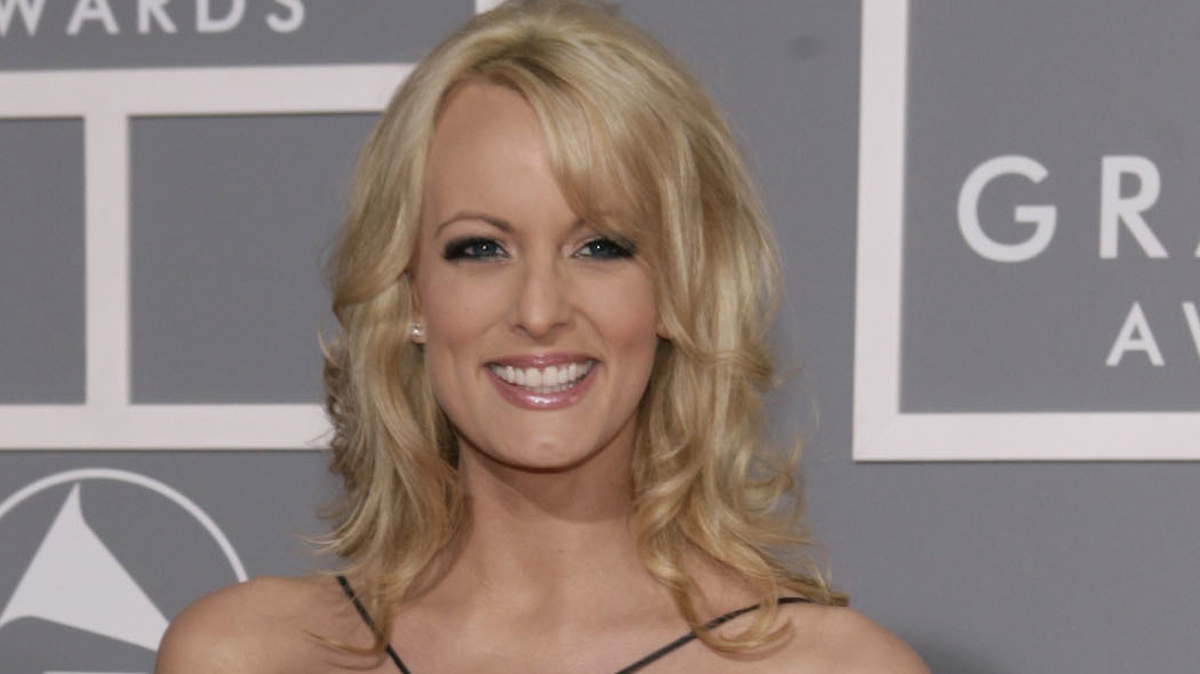 A lawyer for Stephanie Clifford, who performs under the stage name Stormy Daniels, says their "case just got a whole lot better" after the president's remarks.

President Trump says he was unaware that his attorney paid $130,000 to an adult film actress shortly before the 2016 election to prevent the woman from talking about an alleged sexual encounter with Trump.

The president told reporters traveling on Air Force One on Thursday that he didn't know where the money came from or why the payment was made.

It was the first time Trump had addressed the allegations since the payment from Cohen was first reported, by The Wall Street Journal in January.

During a 60 Minutes interview that aired last month, Stephanie Clifford, who performs under the stage name Stormy Daniels, said she had a sexual encounter with Trump more than a decade ago. She is pursuing legal action against both Trump and Cohen in an effort to win release from a nondisclosure agreement she signed in October 2016.

On Thursday on MSNBC, Daniels' attorney Michael Avenatti called the president's comments a gift to her case.

"This is what happens when you have an undisciplined client. As you know from experience, we waited patiently, and lo and behold, Christmas has arrived," Avenatti said. "The president's comments on Air Force One are serious for him, serious for Michael Cohen. How can you have an agreement when one party claims that they don't know anything about the agreement? I mean, these guys are making it up as they go along. They don't know what to say from day in and day out, and our case just got a whole lot better."

Avenatti also told MSNBC's Ari Melber that he believed Trump's comments made it more likely the president could be forced to sit for a deposition in the case. He also said the denial was bad news for Cohen, arguing that Trump had "effectively thrown" his longtime ally "under the bus" by insinuating that Cohen had negotiated the contract with Daniels without his client's consent.

In a wide-ranging conversation with reporters, Trump also defended his embattled EPA administrator, renewed his criticism of online retailer Amazon and offered a few details of his plan to use National Guard troops to help patrol the U.S. border with Mexico.

Scott Pruitt, head of the Environmental Protection Agency, has been under the microscope for various moves, including over an apparent sweetheart housing arrangement for an apartment owned by the wife of an energy lobbyist. Trump said he wants to review that situation but described Pruitt as "a good man."

He has used that same phrase to describe others who were subsequently fired, including Health and Human Services Secretary Tom Price and strategist Steve Bannon. Trump also described Secretary of State Rex Tillerson as a good man shortly after Tillerson's dismissal.

"He's been very courageous," Trump said in describing Pruitt's efforts to roll back much of the Obama administration's climate agenda. "It hasn't been easy, but I think he's done a fantastic job."

Trump spoke while returning to Washington, D.C., from West Virginia, where he said Pruitt is very popular.

The president said that his effort to mobilize the National Guard will likely employ between 2,000 and 4,000 troops and that he expects guardsmen will remain at the border until work on his proposed border wall is complete. The administration released statistics this week showing a sharp increase in the number of illegal border crossings last month.

Regarding Amazon, Trump complained the Internet retailer is "just not on an even playing field," but stopped short of saying he would take action against the company.

The president referenced Amazon's delivery deal with the U.S. Postal Service and what he called "the sales tax situation." Trump has frequently complained that Amazon does not collect sales tax, although it now does so in every state where a sales tax is assessed.