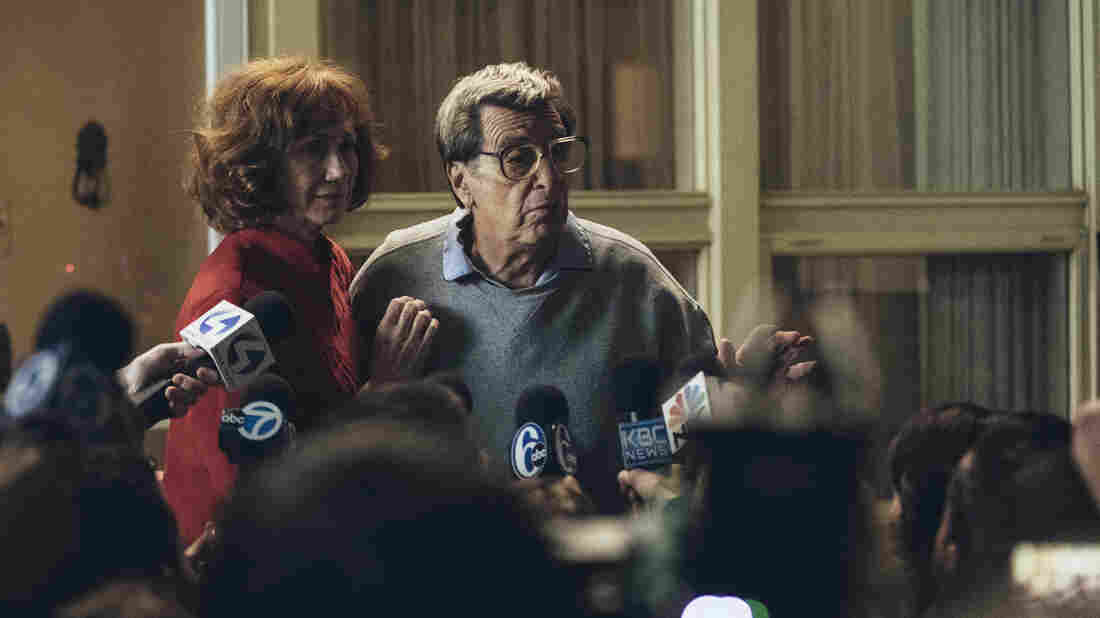 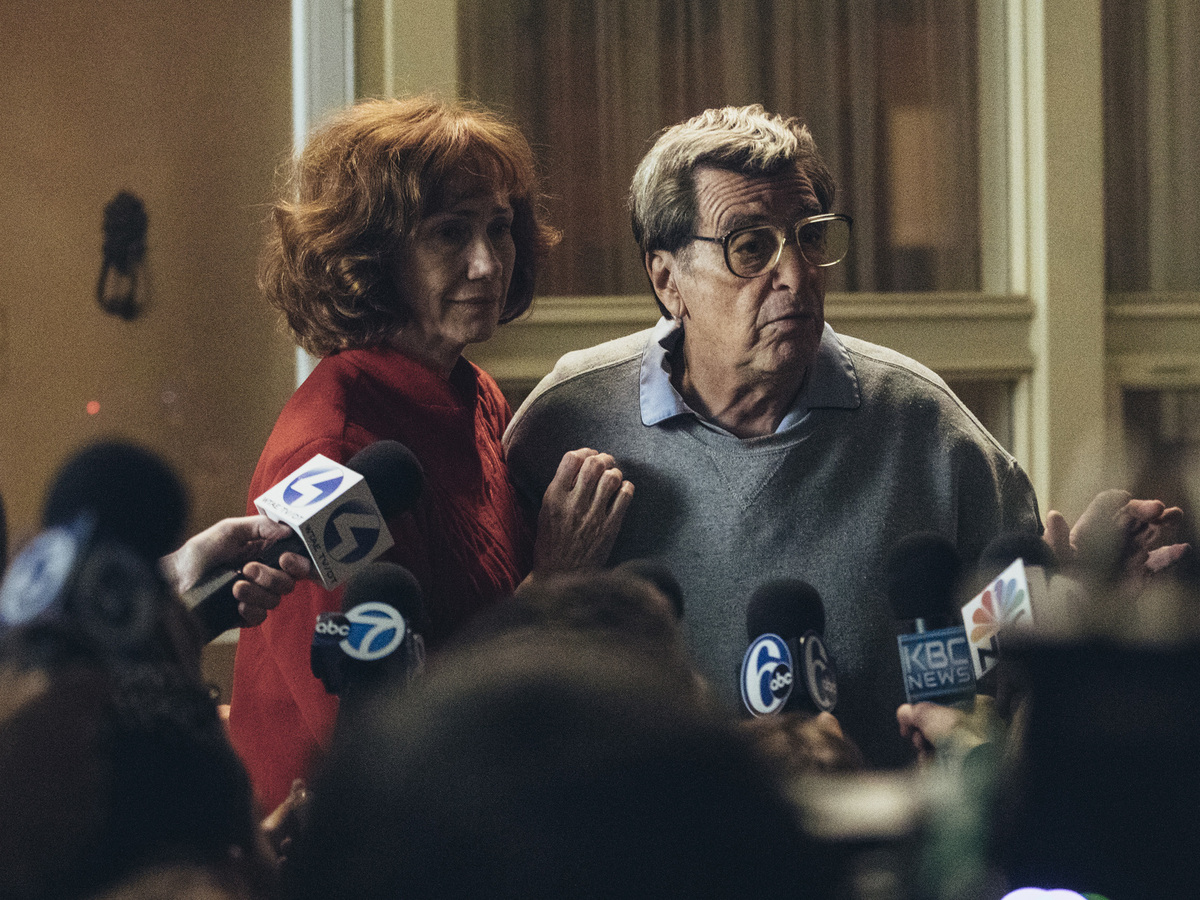 Movie star Al Pacino came to TV 15 years ago, delivering a marvelous performance as Roy Cohn in HBO's brilliant adaptation of Angels in America. Since then, every time Pacino has returned to TV, he has played real-life, controversial men: assisted-suicide proponent Jack Kevorkian in You Don't Know Jack and music producer Phil Spector in the TV movie Phil Spector.

The Spector drama was executive produced by Barry Levinson, who directed You Don't Know Jack. He also directs Pacino in HBO's new Paterno, and the two men deliver yet another intentionally complex, sometimes ambiguous character study.

Paterno is about Joe Paterno, the lionized Penn State football coach who led and shaped his team and much of his university, for almost half a century. But this made-for-TV drama, written by Debora Cahn and John C. Richards, focuses on an intense two-week period in 2011.

Paterno begins with a record-setting football victory and ends with Paterno's diagnosis of cancer, which would claim him within months. In between is the sudden eruption, in the media, of revelations about former Paterno assistant Jerry Sandusky, who was charged with 48 counts of sexual abuse of young boys over a 15-year period.

The acts are never dramatized on camera, and Sandusky, as a character, barely speaks or appears at all — an artistic choice that may involve concerns over litigation as well as taste.

The spotlight, instead, is on Paterno, as the charges against Sandusky are announced and the controversy expands and explodes. At one point, the family gathers to advise Joe on what he should do and say — and Pacino, in a marvelously subtle performance, plays the Paterno patriarch as being simultaneously defensive, distracted and uncertain.

The central question of this HBO drama, really, is "What did Paterno know, and when did he know it?" It doesn't answer that question fully until the very last moment. But it leaves you thinking, and reflecting, long after the credits roll — which is precisely what makes it so effective.

Another very effective TV drama this weekend is BBC America's Killing Eve, based on the novels by Luke Jennings. Even before this eight-part series launches, the network has announced plans for a second season — and it's a smart move, because Killing Eve has a tone and style all its own.

It's adapted by Phoebe Waller-Bridge, whose last TV series was the original and very funny Fleabag, and it has elements of a female version of The Fugitive. Sandra Oh, from Grey's Anatomy and Sideways, plays Eve, a desk-bound intelligence agent at London's MI5 who becomes obsessed with identifying and capturing a slippery professional assassin who has claimed kills all over Europe.

The killer, played by Jodie Comer, is a sociopath — except she is so twisted that even the people who hire her to kill for them bring her in for a psychological evaluation.

One twist in Killing Eve is that both the killer and the hunter are female. Another is that they share a similar fascination and ease with the very idea of murder; when Eve's husband interrupts her research at the computer to ask her about dinner, she replies by asking him what method he would use to kill her.

The first four episodes of Killing Eve — the only ones available for preview — play out like a game of cat and mouse, but one in which the cat and mouse keep changing roles. It reminds me of the first season of Homeland, when you had equal — and equally obsessed — adversaries, and you sort of rooted for them both.

In Killing Eve, it takes awhile, but Eve finally gets the opportunity to track down the killer — and vice versa. Killing Eve has whip-smart performances from its two leads; evocative location footage from Berlin, Paris, London and elsewhere; and way too many surprises to describe — or to miss.