Accessibility links
Conservative California Cities Revolt Against State's Anti-Trump Policies In Southern California, there is a growing backlash against the state's resistance to the Trump administration on illegal immigration and other issues. 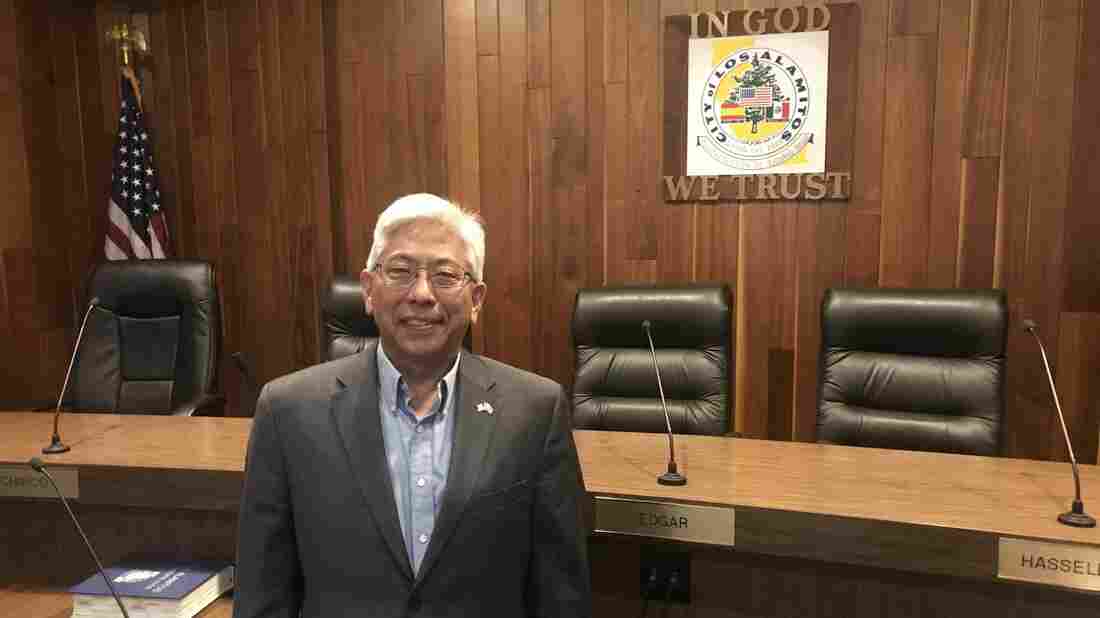 Los Alamitos Mayor Pro Tem Warren Kusumoto argues his small city is caught in the middle of a legal fight between the Trump administration and the state of California. Kirk Siegler/NPR hide caption 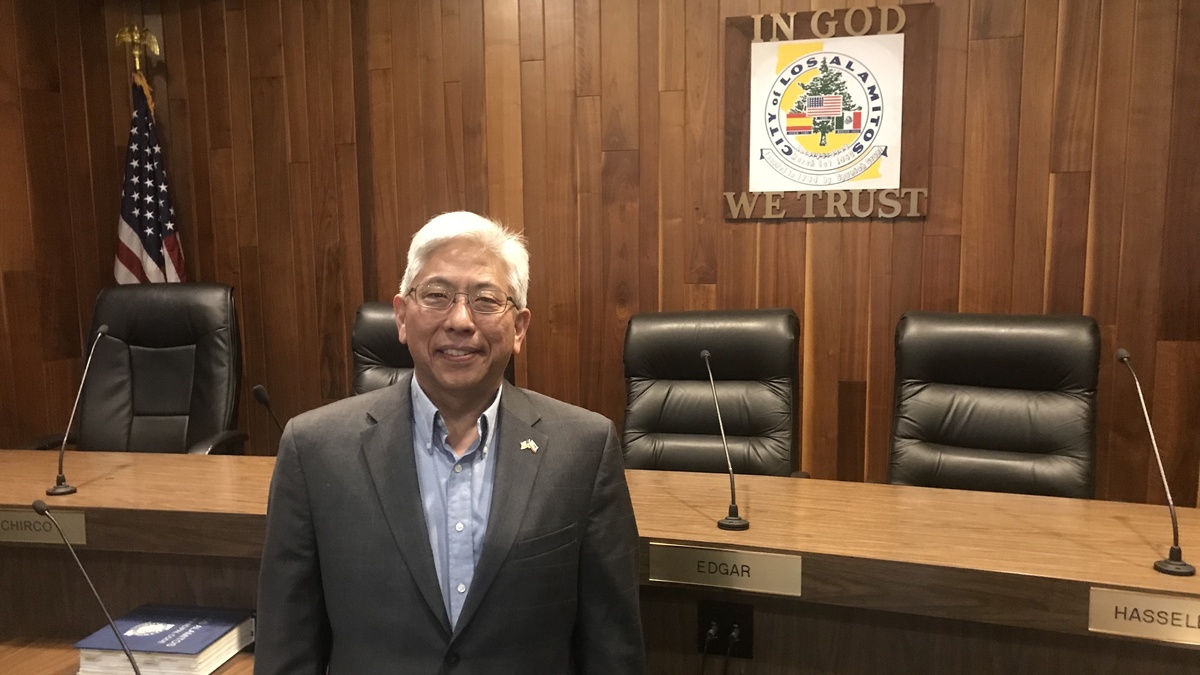 Los Alamitos Mayor Pro Tem Warren Kusumoto argues his small city is caught in the middle of a legal fight between the Trump administration and the state of California.

At last count, nearly a dozen local governments in California have voted to oppose what is known as the state's "sanctuary law" — Senate Bill 54 — escalating tensions over the long-divisive issue of illegal immigration in the Golden State.

The law, passed last year, aims to protect some immigrants in the country illegally by limiting cooperation between local law enforcement and federal immigration authorities.

California is believed to have the largest population of undocumented immigrants, and the state is on the front lines of the resistance to the Trump administration. But the recent wave of opposition to California's opposition to the administration is turning some heads.

Much of it began in the small Orange County suburb of Los Alamitos, where the city council passed a measure last month to opt out of the "sanctuary" law.

"I don't like the direction California is [going]," says Warren Kusumoto, mayor pro tem of the city.

Kusumoto decided to draft the initiative because he said Los Alamitos is caught in the middle of a national political fight and is being asked to work under conflicting laws. The small city of 11,000 also has close economic ties to the federal government. It is home to several companies with large federal contracts as well as a U.S. military base.

But there are also bigger symbolic reasons at play. Kusumoto is frustrated more broadly with state policies on everything from taxes to immigration.

"As a state, we've squandered away what the Greatest Generation provided for us," he says.

Kusumoto is a Republican and Japanese-American — in his words, a product of immigrants.

"I believe my grandparents did it the right way, they were able to immigrate, become naturalized eventually and citizens," he says. "Why is that not the right way for anybody to come over here as immigrants?"

In some Southern California suburbs, and in many rural areas, there is mounting frustration that views like Kusumoto's are being crowded out by liberal cities that have gone to battle with President Trump.

"When you start to legislate that we cannot cooperate or communicate with another law enforcement partner, that is problematic," says Orange County Undersheriff Don Barnes.

Last week, the sheriff's office began posting the release dates of inmates online, using an existing database, they say, to alert federal immigration authorities to potential issues. That move was widely seen as an open defiance to the state government in Sacramento. Sheriff officials had loudly opposed SB-54 when it was under consideration last year.

"We shouldn't be mixing public safety with politics," Barnes says. "And there's a crossover that keeps happening that is becoming more politically driven [that is] disregarding the public's safety."

Still, it is clear that at least the undercurrent of this recent backlash in Southern California is also political.

"It's the dying gasp of Orange County's nasty brand of conservativism that's infected the body politic of the United States for far too long," says Gustavo Arellano, a longtime liberal columnist here.

One reason the wave of conservative opposition has turned some heads is that pundits had been predicting that Orange County in particular was beginning to turn blue. In the 2016 presidential race, for instance, the county voted Democratic for the first time since 1936. The demographics have changed dramatically since the 1990s. Whites are now in the minority in the county.

Many of the city councils — and the Orange County Board of Supervisors, which voted to join the Trump administration's lawsuit against California — are still controlled by Republicans. And 2016 may have been an anomaly, he says.

"Ultimately, the Orange County dream is suburbia, and suburbia turns even the most fresh-off-the-boat person from Mexico or whatever into a rock-ribbed Republican," Arellano says.

So the national political divide is just as sharp — and complicated — in Southern California as it is anywhere else. At heated public hearings, you can see a mix of local grass-roots activists from both sides mingling with Trump supporters who travel from meeting to meeting, some from as far away as Arizona.

"Put the lives of Americans and American safety first," said Jennifer Harrison, of Phoenix, who testified this week at a hearing in Escondido. "Americans have dreams too."

Earlier this week, Escondido became the latest city to pass a resolution condemning California's sanctuary law, voting to file a legal brief in support of the Trump administration's lawsuit against the state.

In Los Alamitos, where the recent backlash began, Warren Kusumoto says he was surprised by all the attention that his council's "opt out" ordinance got. He also resents that some on the left have cast his city as some sort of anti-immigrant enclave.

"I may be anti-illegal immigration, but I don't hate people," Kusumoto says.

Los Alamitos leaders aren't sure whether their decision will hold up if it's challenged in court. But, they say, it has started a much needed debate.