Accessibility links
Under Fire For Alleged Sexual Harassment, Texas Rep. Blake Farenthold Resigns The Republican had used $84,000 in taxpayer money to settle a claim by a former staffer. He had already announced he would not seek re-election and would pay back the money, but he apparently has not. 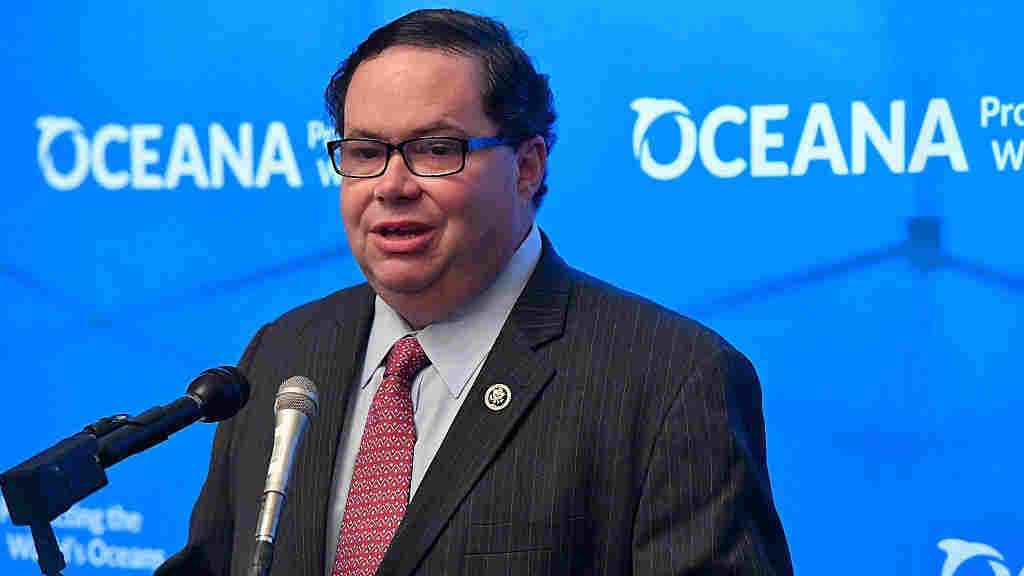 Rep. Blake Farenthold had pledged to pay back the $84,000 he used to settle a staffer's sexual harassment claim, but he apparently has hedged. Larry French/Getty Images hide caption 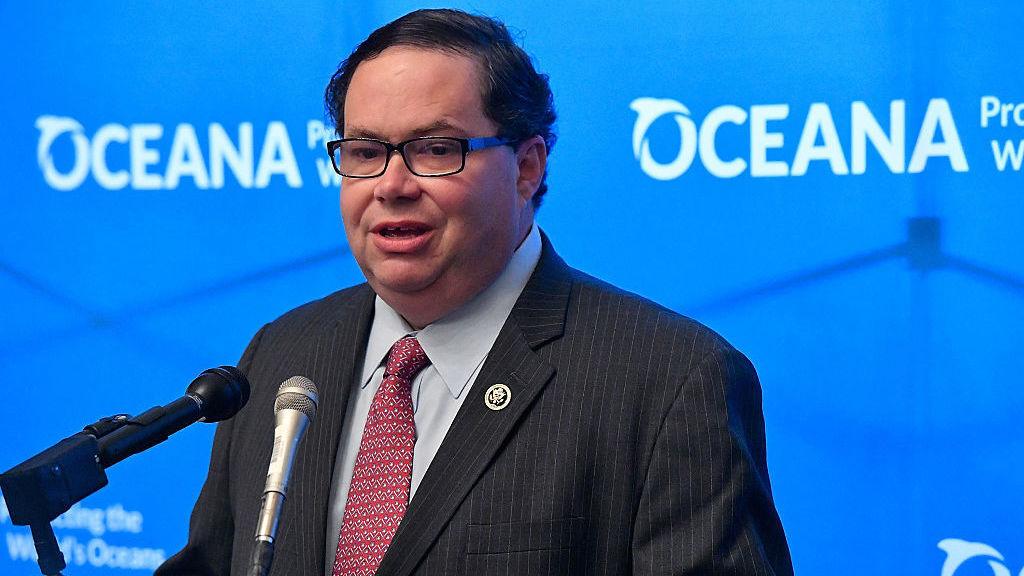 Rep. Blake Farenthold had pledged to pay back the $84,000 he used to settle a staffer's sexual harassment claim, but he apparently has hedged.

Embattled Rep. Blake Farenthold, R-Texas, announced Friday that he has resigned from Congress, months after reports surfaced that he had used taxpayer money to settle a sexual harassment claim by a former staffer.

"While I planned on serving out the remainder of my term in Congress, I know in my heart it's time for me to move along and look for new ways to serve," the four-term congressman said in a statement.

Farenthold had already announced he wouldn't seek re-election and had pledged to pay back the $84,000 he used to settle the claim, but he had hedged on that promise as of late, according to CNN. Farenthold was also facing a House Ethics Committee investigation into allegations of sexual harassment.

Farenthold's office did not respond to inquires about whether he had repaid the settlement money, but, in a statement, National Republican Congressional Committee Chairman Steve Stivers, R-Ohio, urged the outgoing representative to do so.

"I hope Blake is true to his word and pays back the $84,000 of taxpayer money he used as a settlement," Stivers said. "As I have said repeatedly, Congress must hold ourselves to a higher standard and regain the trust of the American people."

Politico first reported in December that Lauren Greene, Farenthold's former communications director, had sued him in December 2014 for gender discrimination, sexual harassment, creating a hostile work environment and wrongful termination. According to Greene, another co-worker had said Farenthold said he had "sexual fantasies" and "wet dreams" about her and had told Greene that he was "estranged from his wife and had not had sex with her in years." When she complained about the comments, she was fired. Greene filed a lawsuit, but that was dropped after a private settlement was reached through the Congress' Office of Compliance.

Another male former staffer also detailed to CNN how the congressman was verbally abusive and created a hostile work environment, frequently using profanity and making vulgar sexual comments. Farenthold denied he had used some of the crude sexual language the staffer described. He did admit he used profanity in referring to some aides but said it was "in jest, not in anger."

The Corpus Christi-area seat he represents is a solidly Republican district that voted for President Trump by 24 points. A Republican source familiar with the situation said it's unlikely a special election will be called.

Farenthold was first elected in the Tea Party wave of 2010, defeating Democratic Rep. Solomon Ortiz. Redistricting before the 2012 cycle made the once-competitive district much redder, and Farenthold hadn't faced a serious re-election threat since.