Accessibility links
A Young Soldier Finds Comfort In An Unexpected Delivery Roman Coley Davis was stationed in Afghanistan when the loneliness of war began to seep in. He tells a friend how a surprise package from his hometown 7,000 miles away brought him immense solace. 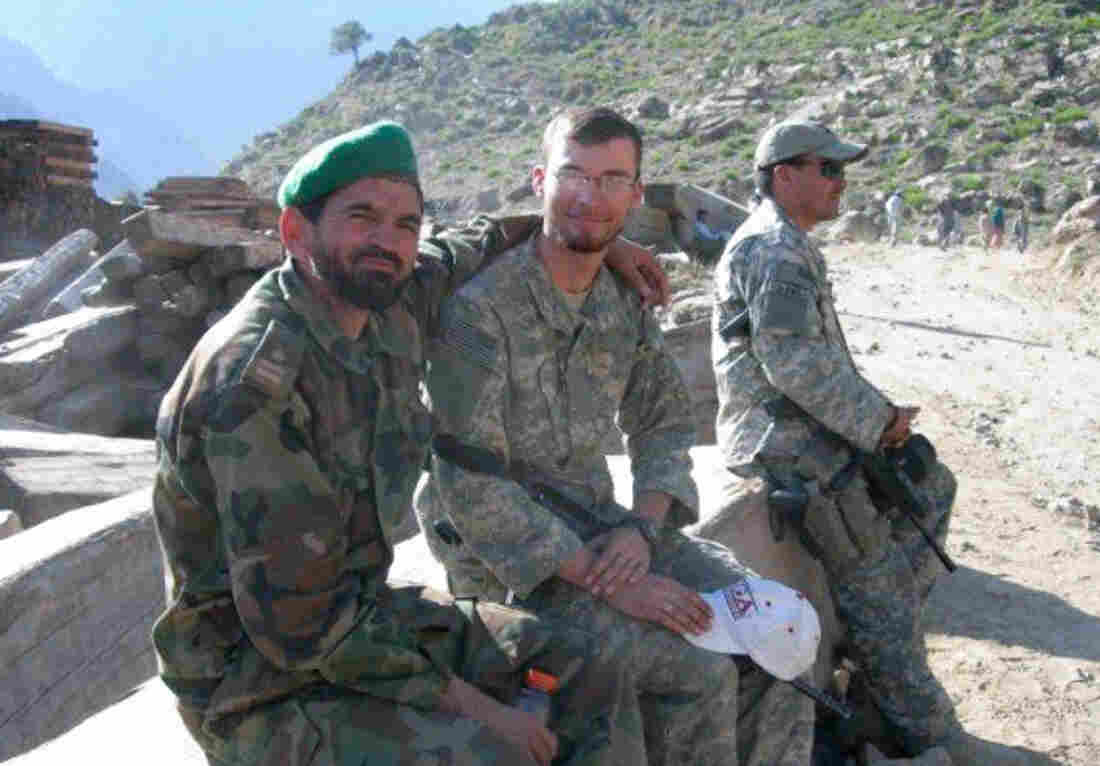 Davis, center, during his deployment to Afghanistan, where he served for nearly a year and a half as a human intelligence collector. Courtesy of Roman Coley Davis hide caption 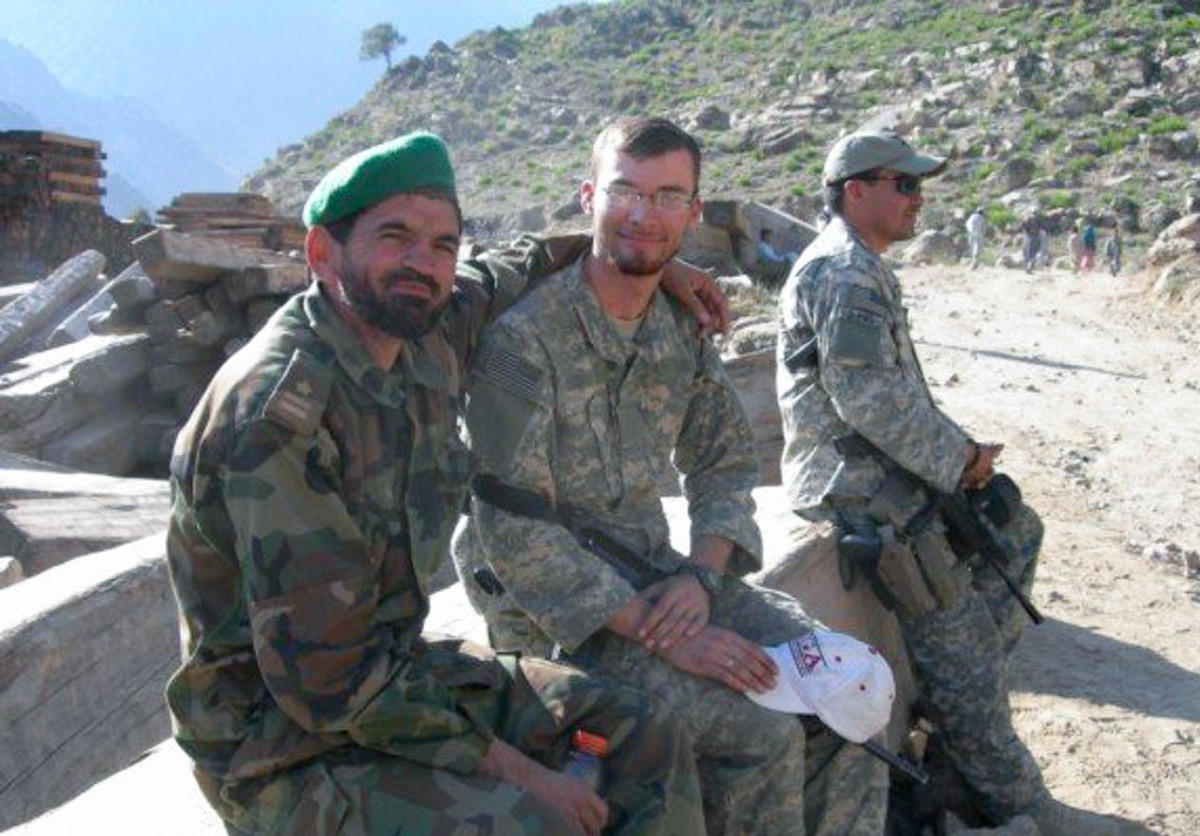 Davis, center, during his deployment to Afghanistan, where he served for nearly a year and a half as a human intelligence collector.

Good things come in small packages — it's a proverbial truth that, for one veteran, holds up even in the middle of war.

At 20 years old, Pfc. Roman Coley Davis found himself 7,000 miles from home. Born in Douglas, Ga., he'd joined the military after high school, and was now living in one of the most remote U.S. outposts in Afghanistan.

In an interview at StoryCorps, Davis, now 32, tells his friend Dan Marek, 40, about a special delivery from home that brought him immense comfort as a young soldier in the throes of conflict.

At the time, Davis was serving in the U.S. Army as a human intelligence collector stationed in the Korengal Valley of Afghanistan.

"We were essentially in a black zone," he tells Marek. "If you walk outside of the wire, there's almost a 100 percent chance that someone's dying or coming back wounded — if you come back." 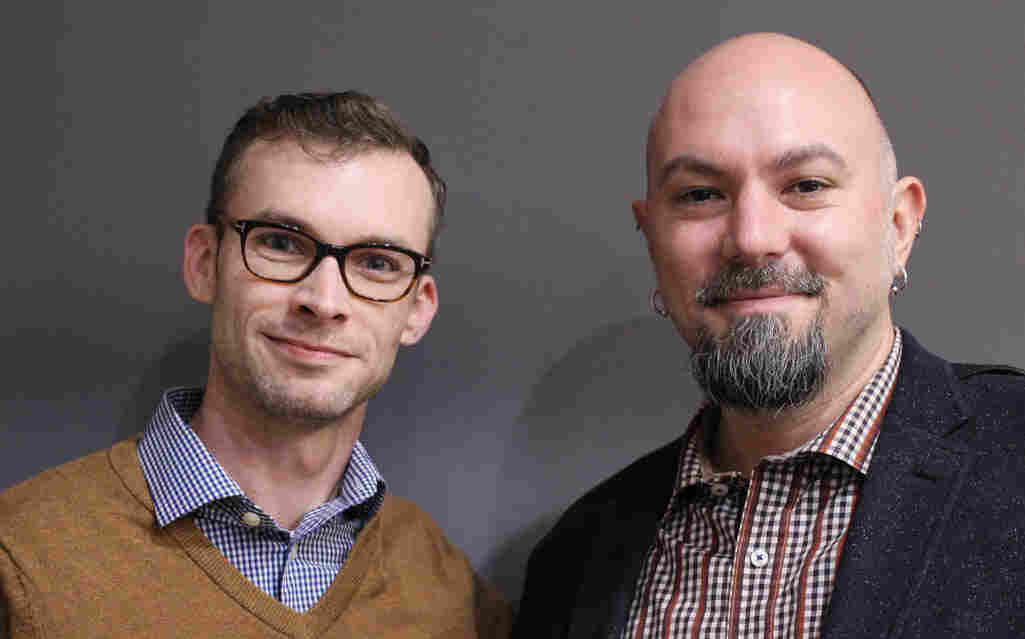 At their StoryCorps interview in New York City, Roman Davis, left, tells his friend Dan Marek about the special delivery that lifted his spirits during wartime. Sylvie Lubow/StoryCorps hide caption 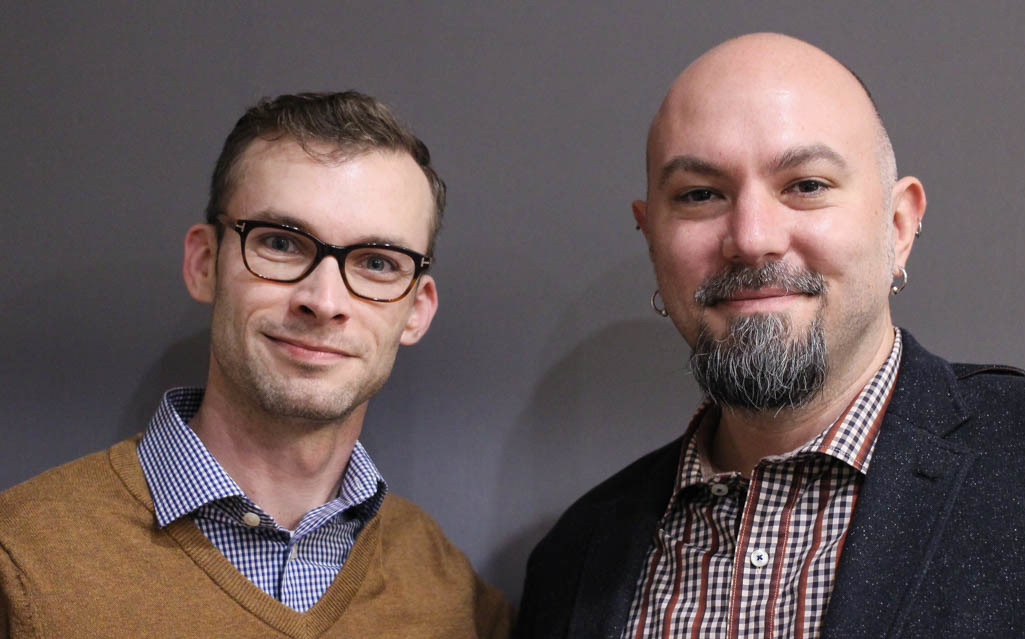 At their StoryCorps interview in New York City, Roman Davis, left, tells his friend Dan Marek about the special delivery that lifted his spirits during wartime.

During what turned into almost a year-and-a-half span, Davis says his team was dealt the crucial task of tracking high-profile targets, including Osama Bin Laden. "We were involuntarily extended," he says. "I remember during that time being incredibly homesick and just lost, if you will, in the middle of a war."

In between the dispiriting stretches of days, he recalls a moment of respite. A Black Hawk helicopter flew into the valley, and dropped off bright yellow U.S. Mail bags. Soon after, a sergeant called out Davis' nickname: "Peaches, come up here, you got some mail."

"I wasn't expecting mail," Davis says. But the radio call sign, "Peaches," belonged to none other than the south Georgia native. 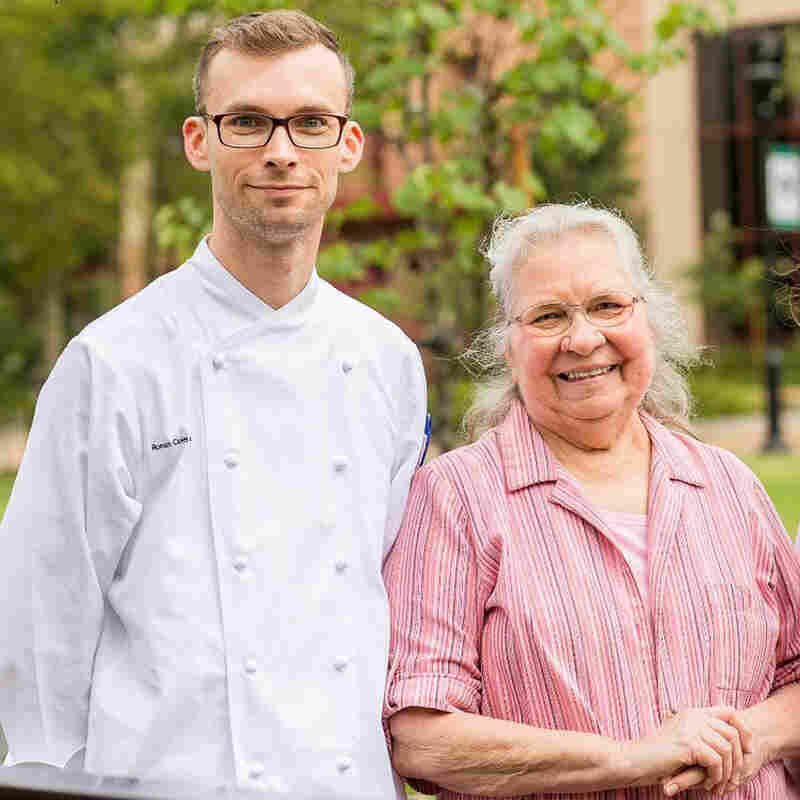 Davis poses for a picture with his grandmother, "Mema" Laverne Tanner, whose special delivery from 7,000 miles away eased some of her grandson's homesickness. Courtesy of Dailey Hubbard hide caption 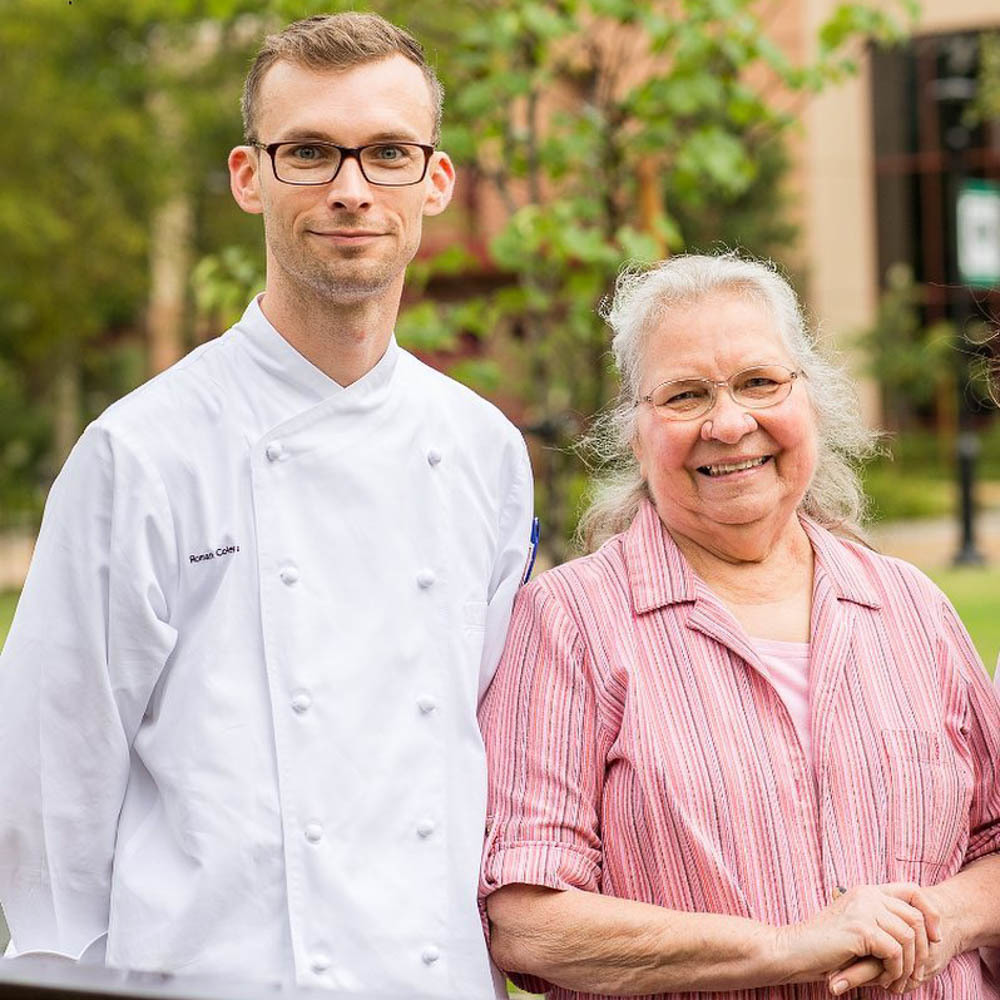 Davis poses for a picture with his grandmother, "Mema" Laverne Tanner, whose special delivery from 7,000 miles away eased some of her grandson's homesickness.

His "Mema," what Davis calls his grandmother, had baked him a sour cream pound cake. "I've seen my Mema bake this for people whose mothers have died. It's something that she takes to those who grieve," he says.

"And then here I am, and I'm in a foreign country, in a hostile environment, and that same pound cake is now sitting in front of me."

So he pulled out a Ka-Bar combat knife and cut it into a dozen large chunks in front of his 12-man team. Everyone got a slice.

"I ate mine first — and I cried," he says. Davis felt overwhelmed. "I think that if we had dined in her kitchen the moment that it cooled and she took the towels off of it, it could not have been as fresh as it was there on that mountainside."

Childhood Friends Reunited — In The Middle Of The Vietnam War

When Davis returned to the U.S. from Afghanistan, he used his GI Bill to attend culinary school. But, he says, he still can't quite make that sour cream pound cake as well as his Mema.