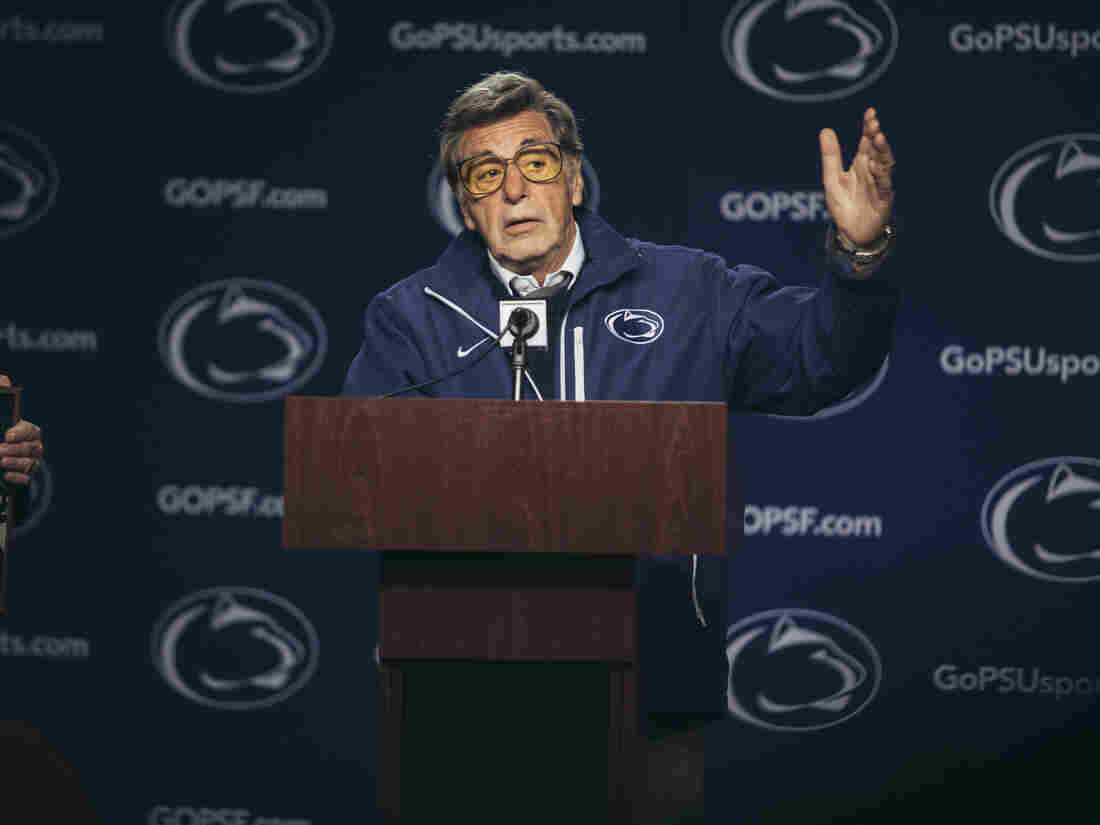 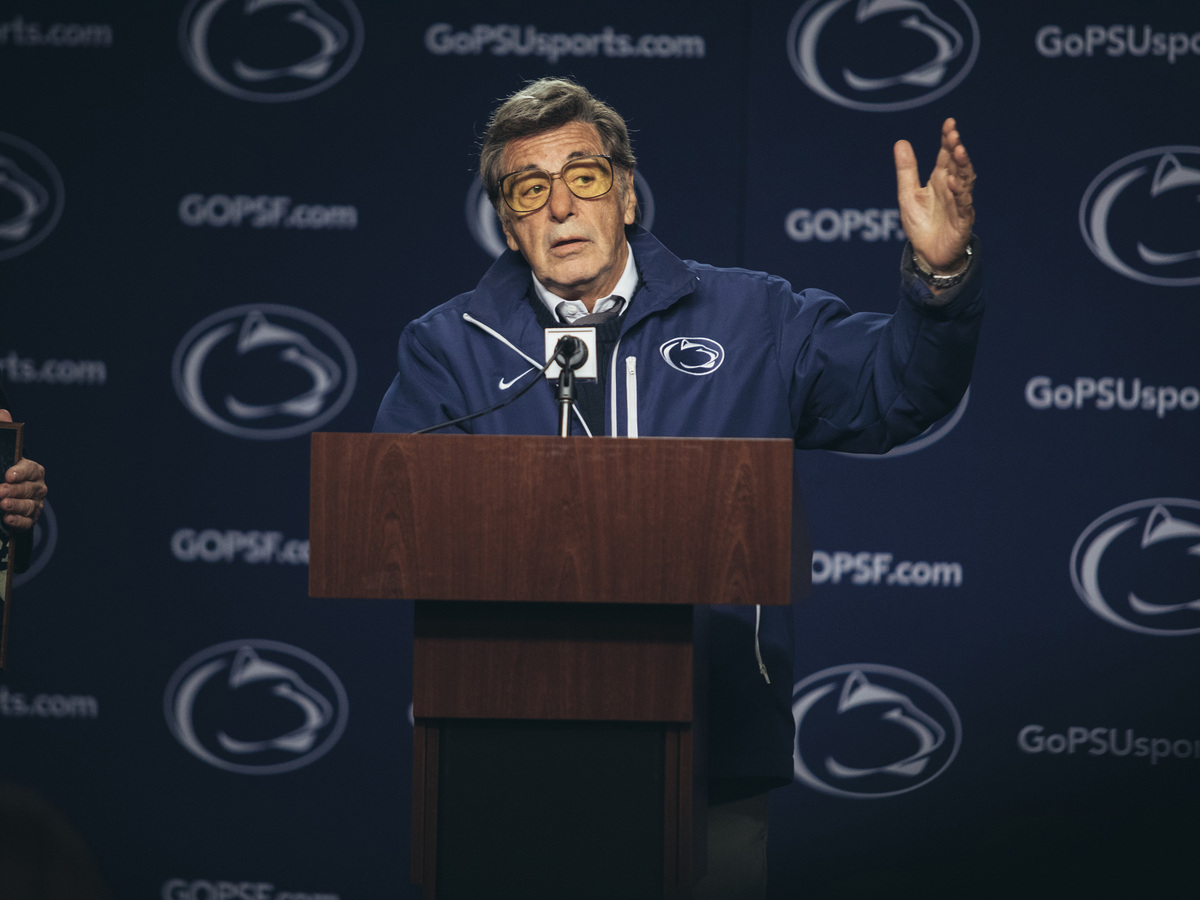 In this image released by HBO, Al Pacino portrays Joe Paterno in Paterno, a film about the late Penn State football coach. The movie directed by Barry Levinson debuts April 7.

In November 2011, the Penn State head coach set the record for most wins in the history of NCAA Division I college football after leading the team since 1966. Less than two weeks later, his glory came crashing down as instances of sexual abuse committed by Paterno's assistant coach, Jerry Sandusky, came to light.

Sandusky would eventually be convicted of 45 counts of sexual abuse. The focus of the scandal quickly became what exactly Paterno knew about the abuse — and whether he had done enough to stop it. He was fired by Penn State University four days after Sandusky was arrested. Paterno would die of lung cancer just two months later.

Before he was fired, Paterno said called the incident "one of the great sorrows of my life."

Those tumultuous days are depicted in a new HBO movie, Paterno, directed by Barry Levinson. Paterno is played by Al Pacino, who has a history of teaming up with Levinson to play real-life figures of controversy, including assisted-suicide proponent doctor Jack Kevorkian or producer and murderer Phil Spector.

Levinson spoke to NPR about Paterno's passions, his complicity and the controversy's relevance in the wake of many prominent assaults being brought to mainstream attention.

This interview has been lightly edited for length and clarity.

On the "Greek tragedy" nature of Joe Paterno's story

When, on one Saturday he wins 409 games, making him the most successful coach in college football ... all of a sudden he's enmeshed in this whole scandal that breaks open and a fall from grace in a two-week period. I thought this was a rather amazing story of a man who was revered and then just literally crashed to earth.

You never particularly think about how all these things connect in some way — they're all sort of biographical pieces to a certain degree, but it's by happenstance these particular films came about.

One of them, I guess, would be Paterno's obsessive focus on football. At the very beginning of the film, Paterno is asked if he's seen the papers detailing the allegations against Sandusky, and he says, "No, I've got the Nebraska game coming up." He's constantly consumed with football at the expense of everything else, and I thought it was important to lay that in upfront, in terms of how he actually functioned. And then, of course, you begin to see the consequences of that.

On the story's importance in the wake of the #MeToo movement

I guess you would say that voices have to be heard. You can't just simply, as people have done in the past, cover it up. If you take this situation as an example ... Sandusky had sexually molested a young boy, and they knew it. If they had addressed it at the time, it never would have become the scandal it became, and that would have been the end of it.

Denise Guerra and Viet Le produced and edited the audio of this interview for broadcast. Patrick Jarenwattananon adapted it for the Web.