Accessibility links
The Grass Is Always Greener At The Baseball Field Baseball players have all of spring training to get ready, but for the groundskeeper, Opening Day brings a lot of pressure. NPR spoke with John Tornour, the Washington Nationals' head groundskeeper. 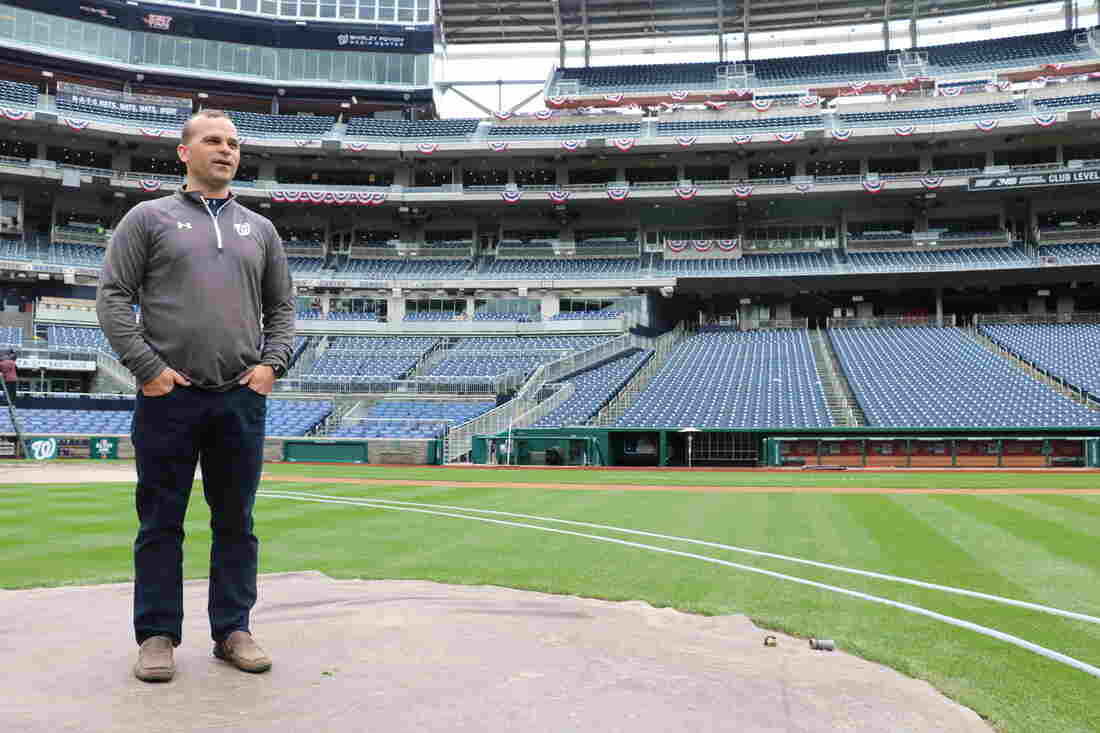 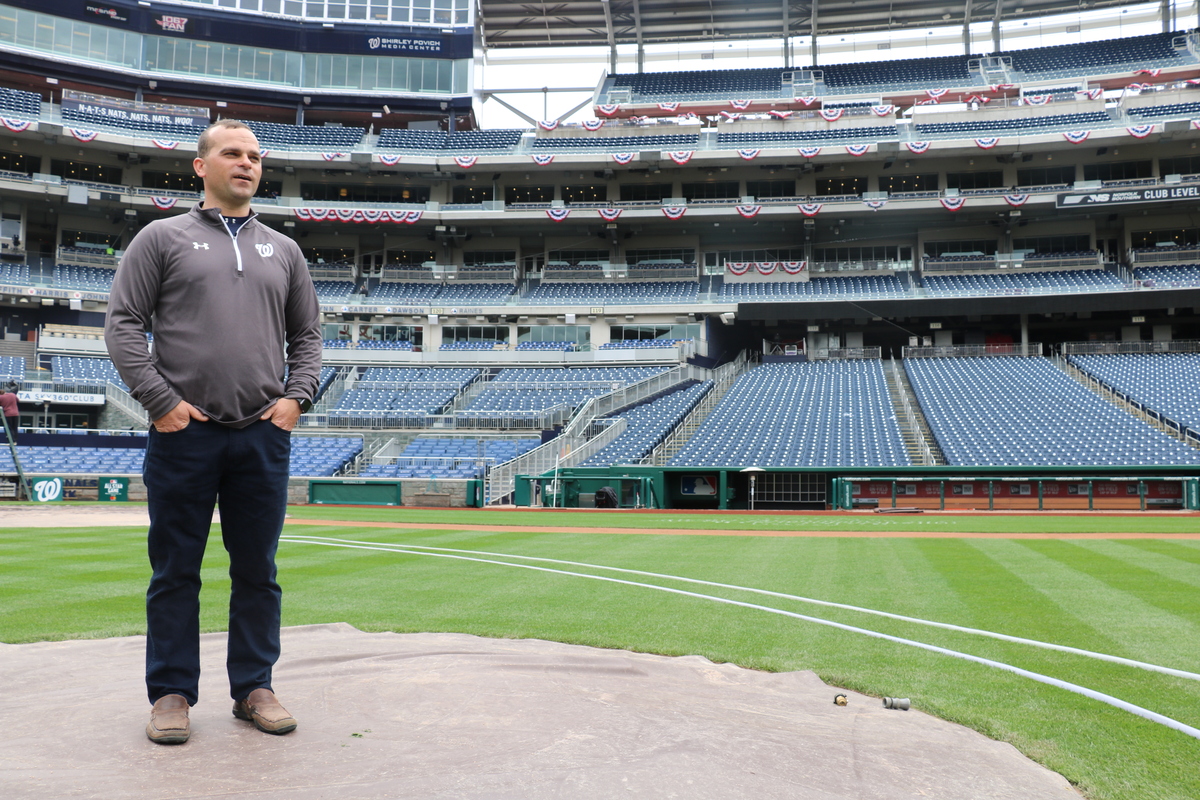 The Nationals' director of field operations, John Turnour, looks over his domain.

Major League Baseball players have more than a month to get ready for the season and shake off their winter rust, there's no spring training for the grounds crew.

There isn't much prep time before the MLB's nationwide opening day, when the field has to be perfect: Not too wet, not too dry, and the grass just the right length so that ground balls don't slow down too much or skip too quickly.

So, about 24 hours before the first pitch of the season at Nationals Park, home of the Washington Nationals, the team's director of field operations, John Turnour has a lot on his mind.

Turnour studied turf management at North Carolina State University, then worked in the minor leagues before getting an assistant job with the Baltimore Orioles, then the San Diego Padres. This will be Turnour's 16th MLB season total, and his ninth season as the Nationals' head groundskeeper. His length of tenure is evident: Nothing escapes his attention, not even single blades of grass.

"We can also pull out a leaf blade and just kind of inspect it to see where that cutting point is from the mower," he said. "And if it's a nice clean cut like we have right there, we know that we've got a good cut from our mower. If we've got a bad cut, that will become very jagged." 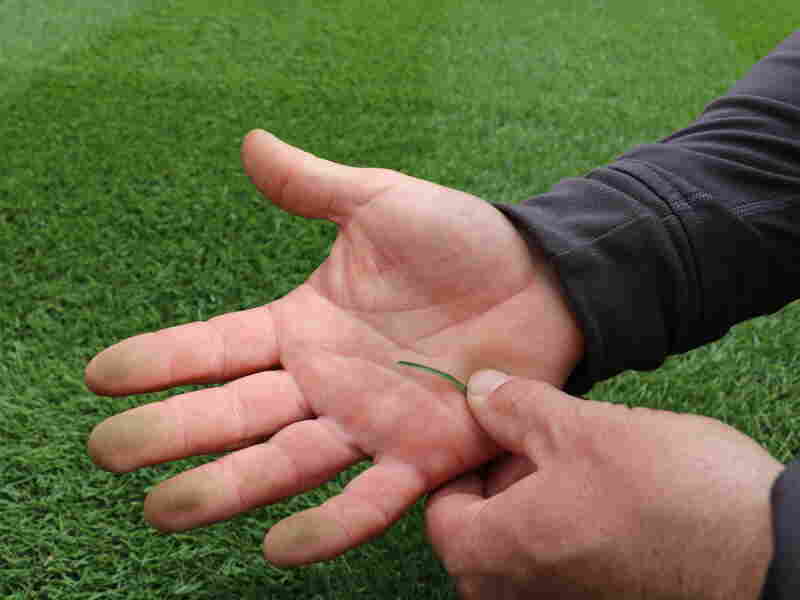 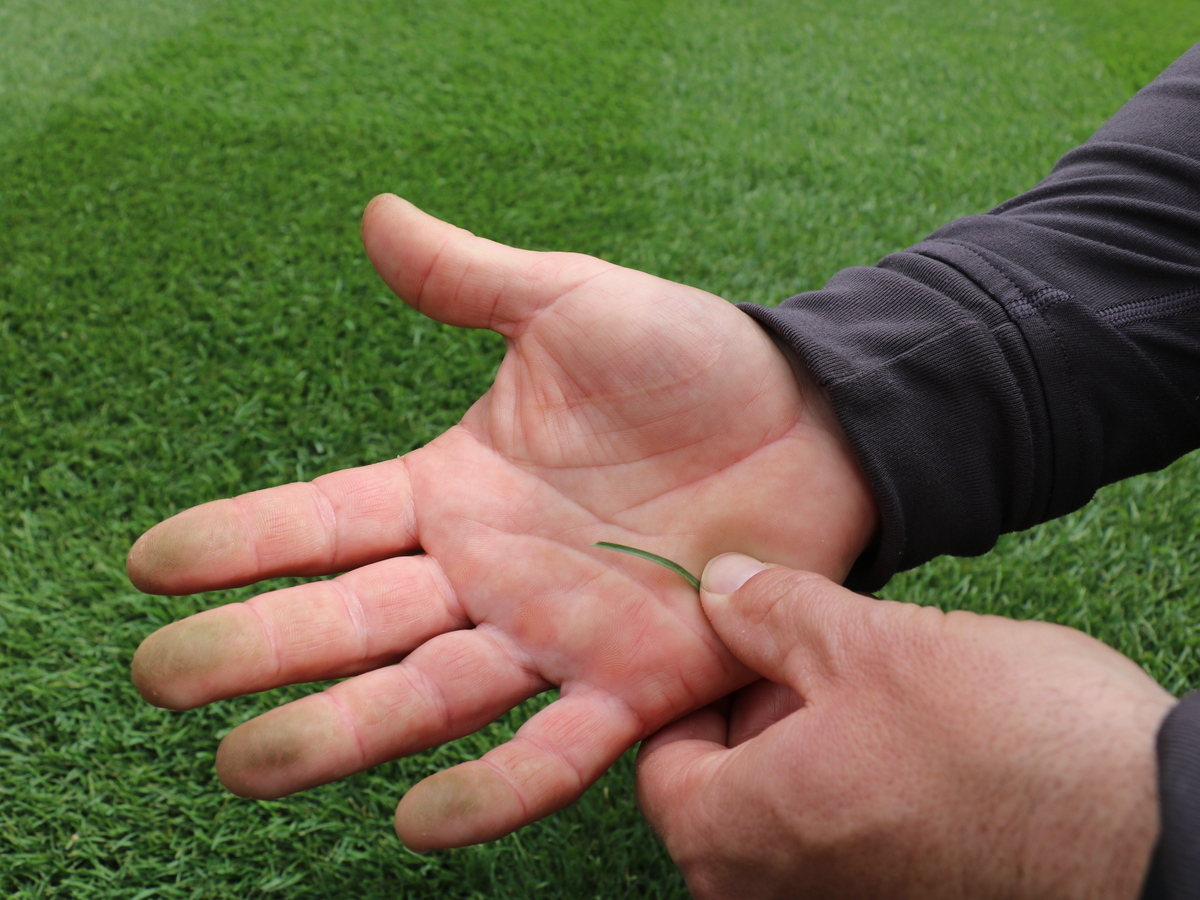 On game days, the Nationals Park field can be mowed anywhere from one to three times a day. Turnour and his team of 42 people mow, water, edge and rake with painstaking detail to give the field the gleaming quality that professional ones are renowned for.

Turnour spent decades learning how to maintain a pristine baseball field. He decided early on he wanted to be a groundskeeper, but that wasn't his initial plan.

"I think every kid growing up they always think they're going to be the next baseball player out there," he said. "I think that quickly comes into realization as you go through high school that's probably not going to happen. At least I figured that out pretty quick."

But unlike most aspiring major leaguers who reach that reality check, he figured out a way to work in the majors. "My brother and I, we had a baseball field in our back yard," he recalled. "We had a pitching mound. We had bases. We tried to mow mowing patterns."

But those mowing patterns never quite worked for Turnour and his brother: The mowers that even the most dedicated lawn aficionado tend to use aren't built to create the sleek cuts of professional baseball.

Turnour says he's often asked how to recreate the look of his field, but in order to do so, you'd need the special mowers his team uses.

He explained it's not the blades of his mowers that create the famous checkerboard patter, but the rollers. "There's a roller on the back [of the mower]. ... So when [a mower] is going away from you, that roller's pushing all that grass away from you," Turnour said. "All that grass is generally bent over this way, giving it that light effect." 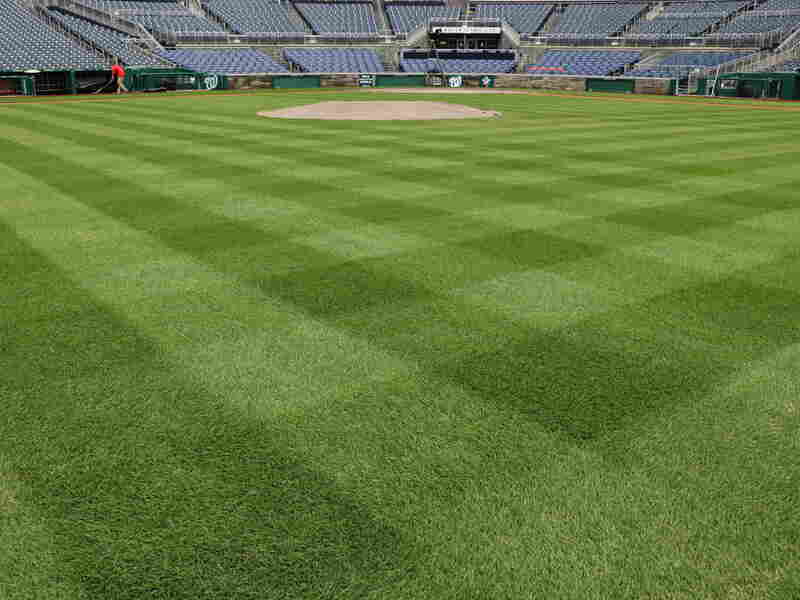 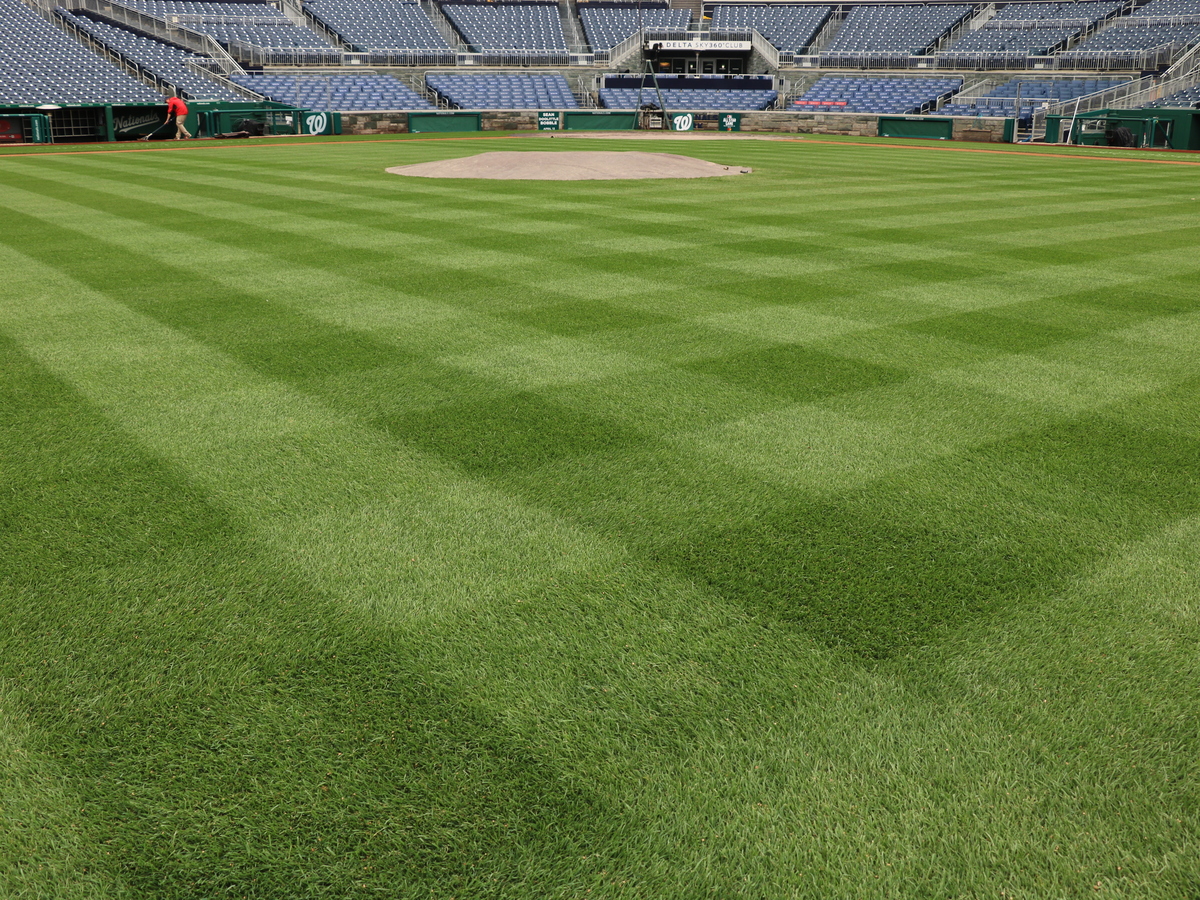 Some teams go all out with their grass patterns — the St. Louis Cardinals regularly sculpt their city's famous arch into the outfield. Turnour and the Nationals keep it much more straightforward. From an aerial view, their field resembles a checkerboard.

The day after Turnour spoke with NPR, the Nationals lost to the New York Mets, 8 - 2. But the outfield patterns looked beautiful — dark green and light green in three distinct shades, immaculately checkerboarded across the infield and outfield grass, thanks to Turnour and his team.

Babies And Baseball: A Dad Plants The Seeds For A Shared Love Of The Game