Accessibility links
Interview: Rebecca Miller On Her Documentary 'Arthur Miller: Playwright' In a new film, Rebecca Miller paints an intimate portrait of her father, the towering icon of American theater and one-time celebrity, out of decades' worth of home interviews. 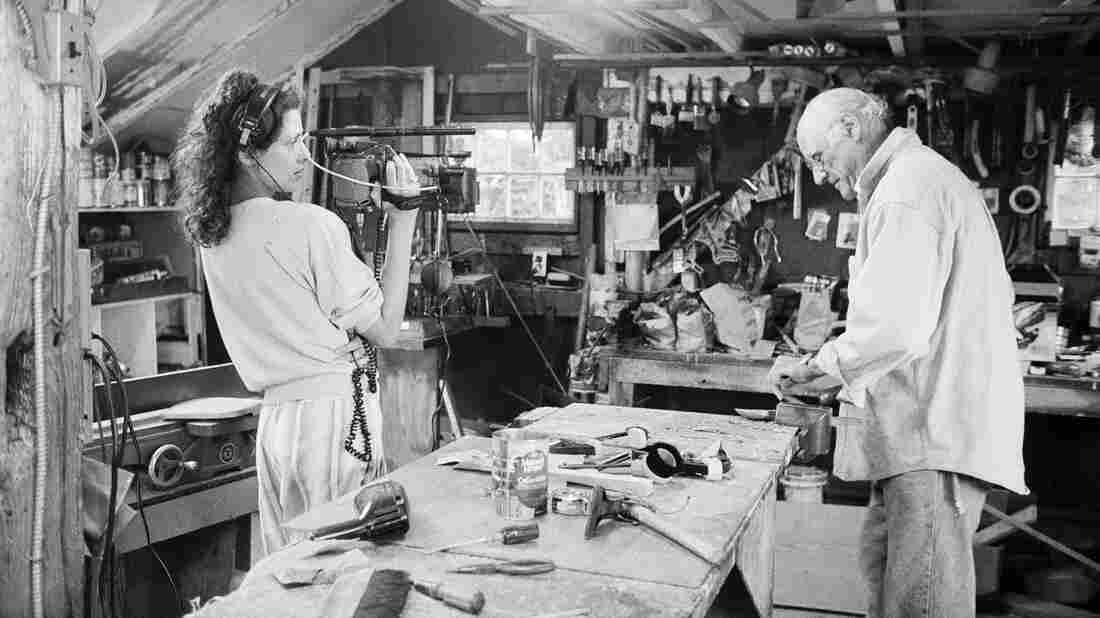 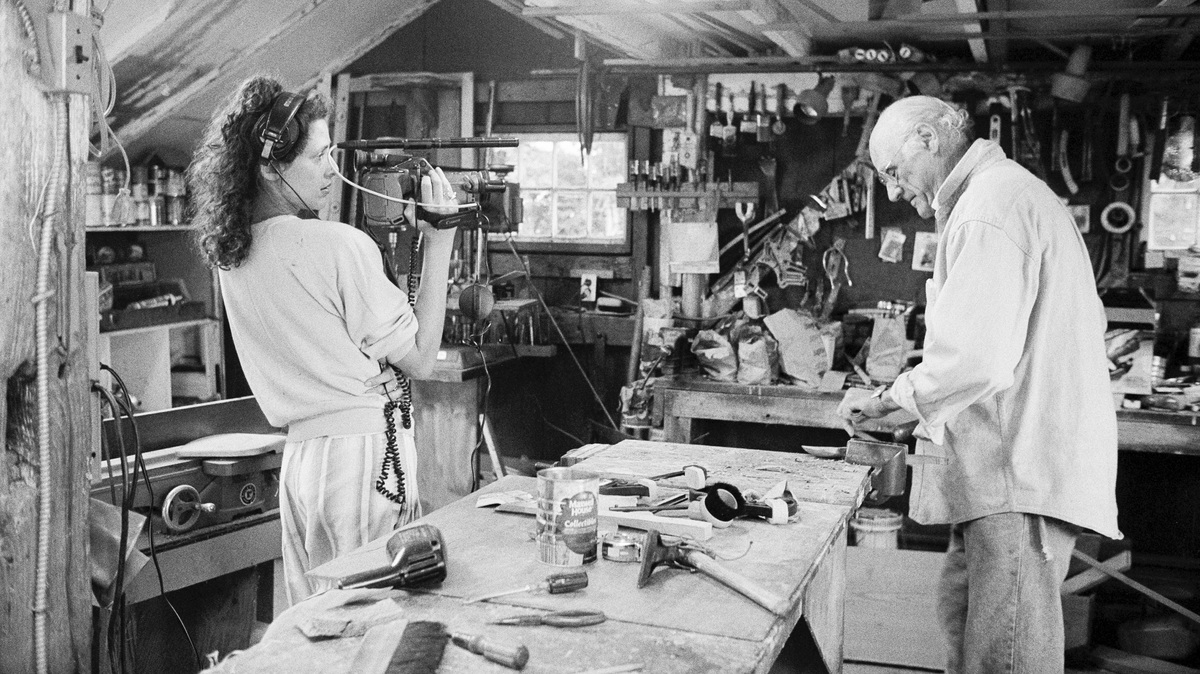 Rebecca Miller's new documentary film Arthur Miller: Writer is based on decades of home footage and interviews she conducted with her father.

Arthur Miller is a giant of the American theater. He's renowned for classics like Death Of A Salesman and The Crucible, which premiered in the '40s and '50s yet continue to be read in school and performed to this day.

Miller lived a long time — he died in 2005 at the age of 89 — so it might be easy to forget that for much of his adult life he wasn't just accomplished. He was also a major celebrity: He made headlines with his marriage to Marilyn Monroe, and for his testimony before Congress during the McCarthy era.

A new documentary, Arthur Miller: Writer reminds us of that history. But it also digs below headlines and gives us a very personal view of the playwright, through the eyes of his daughter Rebecca Miller — a filmmaker and writer by trade. She narrates the film along with interviews she recorded over the course of 25 years.

"The reason I made the film is I felt as though I wanted people to feel that they'd spent the weekend with Arthur Miller, and yet knew more than they would know about him if they'd spent a weekend with him," Rebecca Miller says. "I just want you to feel like you know him, and then you can go back to his work and see it in a different light."

On the origins of this project

Well, it is my most recent film, but it's also my first film, because when I — I was a painter, and I realized that I wanted to be a filmmaker ... at that time, I was in my early 20s, and I realized that no one was going to be able to get the kind of interviews with my father that would show what he was really like, because he was quite closed-down in interviews, and really didn't show his personality. And I thought: Well, if I am going to be a filmmaker, you know, I better get some of this footage. And I didn't necessarily think that I was going to make a film about it. I just thought: Let me just start shooting.

On Arthur Miller's relaxed mood in those scenes

Yea, I think he was a really happy man at the time that I was shooting him there [at home in Connecticut]. I mean, he was a moody person in some ways. But yeah, I would say that that's part of — it was his humor, in part, that I felt was so missing from the way people saw him. Just his humanity.

I think at the heart of it there was a mystery even to him about the effect of that play, and he talks about that a little bit in the documentary. You know, it had a kind of almost mystical power over people. I think some of it had to do with the nature of the father-son conflict, and also the idea of a person — about failure, and about people being just thrown away when they're no longer of use in society. I also think that the play was composed with so much love for Willy as a character, that that love is everywhere in the play, and that people are just affected by it.

On Arthur Miller being called in front of the House Un-American Activities Committee in 1956, and how The Crucible was inspired by the McCarthy era

That play is about judges who come to a town where girls are accusing various members of the town of being witches. And they are getting more and more power through these accusations. These are girls who were completely powerless before, and the girls have themselves kind of gone mad. But people start using them for various purposes. So it's that alliance between the powerful and the mad, which — I mean, some people who have watched the film have equated with our own times.

And I do think that there's things about the documentary which really do evoke our time to a degree. You know, there have been fears about the state of our democracy, and the sanctity of our democracy, and whether fascism is a possibility in our time. And you just remember that they really did believe that there may be fascism in their time, in the 1950s — that was something that they genuinely thought could happen.

On Arthur Miller attaining celebrity status as a playwright, which — Lin-Manuel Miranda aside — is uncommon today

Yea, I think also Tony Kushner comes also closer to that as well. But I agree with that. It was also that the theater, I think, at that time had a different kind of importance. A new play — a great new play by a young playwright, or any kind of playwright, was a big deal, a big cultural deal. So it had a different — already, the theater had a slightly different status, I suppose, in our culture. Combine that with him then being with a very, very famous movie star [Marilyn Monroe]. That created a kind of combustion effect.

On her father's decision to institutionalize her brother Daniel, who has Down syndrome, and how audiences should feel about decisions that artists make in their personal lives

I would bring people back to the film for that. It took me a long, long time to figure out the most honest and, you know, correct, right way of approaching that. So I would say the way that I wanted to express it is expressed in the film, and I did it very carefully.

Regarding whether one should discuss these things, you know, there's a lot of questions about: This one did that, and so should we appreciate their art? I've been asked that a bunch of times recently and so on. You know, like, do we avoid people's art if they appear to have done one thing or another thing. And I actually — I think that we have to kind of separate those things out, because otherwise you're in a kind of vortex of judgment. Tolstoy beat his serfs, but he's one of the greatest writers that ever lived. And does that mean we don't read Anna Karenina anymore? Or do we look at him and say: He lived in a certain time? So regarding — I mean, this really has not very much bearing on our situation, but I would say that on a larger level, I think that that's sort of how I feel.

Marc Rivers and Martha Wexler produced and edited this interview for broadcast. Patrick Jarenwattananon adapted it for the Web.