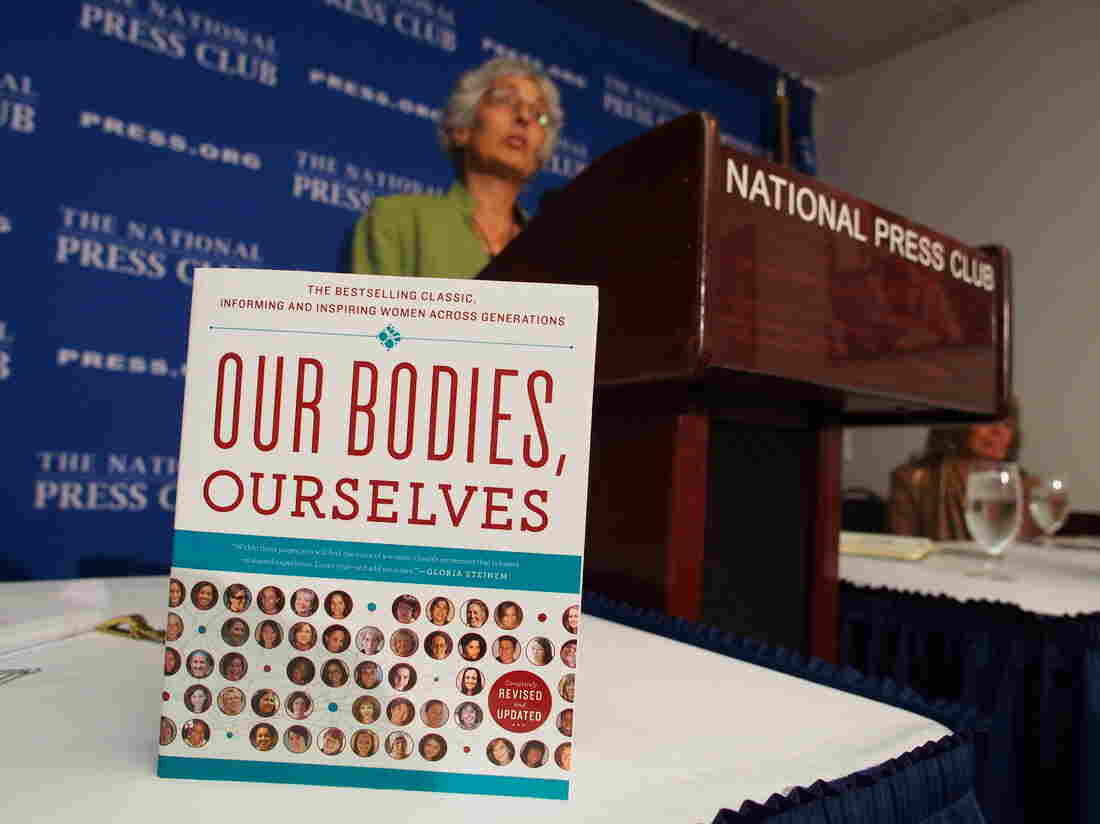 Judy Norsigian, executive director and founder of Our Bodies, Ourselves, speaks behind a copy of the women's health guide at the National Press Club in 2012. Robert MacPherson/AFP/Getty Images hide caption 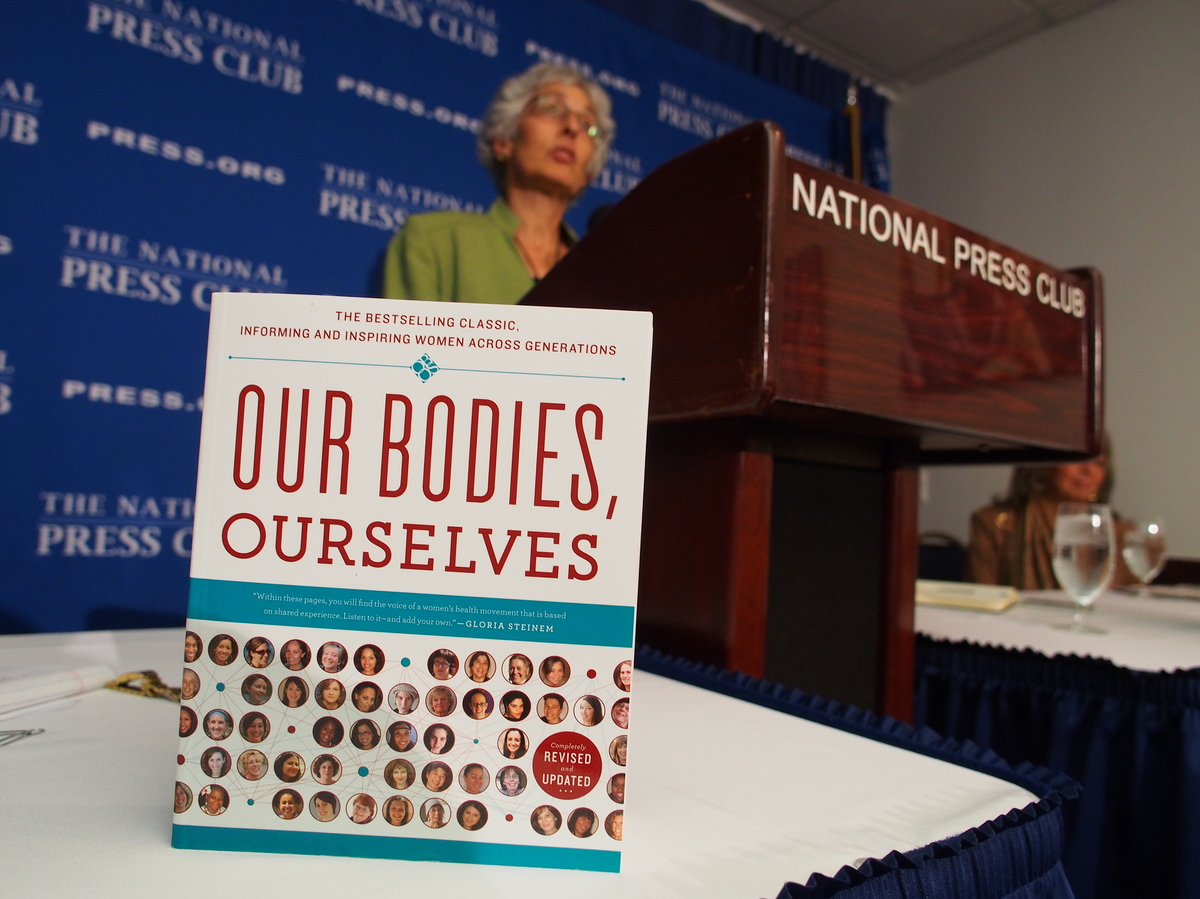 Judy Norsigian, executive director and founder of Our Bodies, Ourselves, speaks behind a copy of the women's health guide at the National Press Club in 2012.

At some point, you or a woman you know has likely looked through a copy of Our Bodies, Ourselves. The book was revolutionary when it was first published in the early 1970s. It taught women about their own anatomy and sexuality at a time when talking frankly about sex was considered — well, unladylike.

Those topic presentations turned into chapters of a 1970 newsprint booklet called "Women And Their Bodies." The following year, it was re-published regionally as the book Our Bodies, Ourselves and sold 250,000 copies. Simon and Schuster published the book's first commercial edition in 1973. The most recent — and final — update came out in 2011.

Verna Brocks was handed a copy of Our Bodies, Ourselves at a Detroit hospital in the 1970s. She says it was "a godsend."

At the time, Brocks was a young mother with a clerical job at General Motors. She brought the book to work, and at lunchtime, she says, she and her coworkers would pore over it, "like preteens, giggling in a group."

The women were shocked at how much they didn't know about their own anatomy. "Those things that your mother forgot to tell you," Brocks laughs. Or maybe they were things your mother didn't know herself. Verna Brocks says the book empowered her to bring questions to her doctor that she wouldn't have felt comfortable asking before.

Jessica Halem's mother gave her a copy in the 1980s, after she got her first period. She says it's where she first learned there was such a thing as a clitoris. She eventually took her copy to college and passed it around her dorm until it fell apart.

Halem, who now advises students at Harvard Medical School, says there's nothing else like Our Bodies Ourselves' friendly, authoritative tone, mixing real anecdotes with professionally vetted facts, "free of shame, no stigma, positive, and affirming that knowing this information is a good thing."

The book has sold more than four million copies, and has been translated into 31 languages. Spin-off titles focused on pregnancy and menopause.

Johnson is the president of Wellesley College in Massachusetts and an advisor for the Our Bodies, Ourselves organization. She says they have "made a decision not to replicate, but refocus their work."

Now, the nonprofit plans to scale down and collaborate with other groups doing feminist advocacy, instead of updating their published content.

Before the Internet, Our Bodies Ourselves was a rare source for honest, plainspoken information that was hard to find and awkward to ask about. But today there are numerous trustworthy websites that teach about women's health, reproductive options and sexual identity - and some of the stigma around wanting that information has faded.

That, says Johnson, is Our Bodies Ourselves' real legacy.