Accessibility links
The Billion-Dollar Romance Fiction Industry Has A Diversity Problem No black author has ever won its top prize. NPR's Lulu Garcia-Navarro talks about the issue with Alisha Rai, author of the Forbidden Hearts series.

Listen · 5:47 5:47
The Billion-Dollar Romance Fiction Industry Has A Diversity Problem 5:47 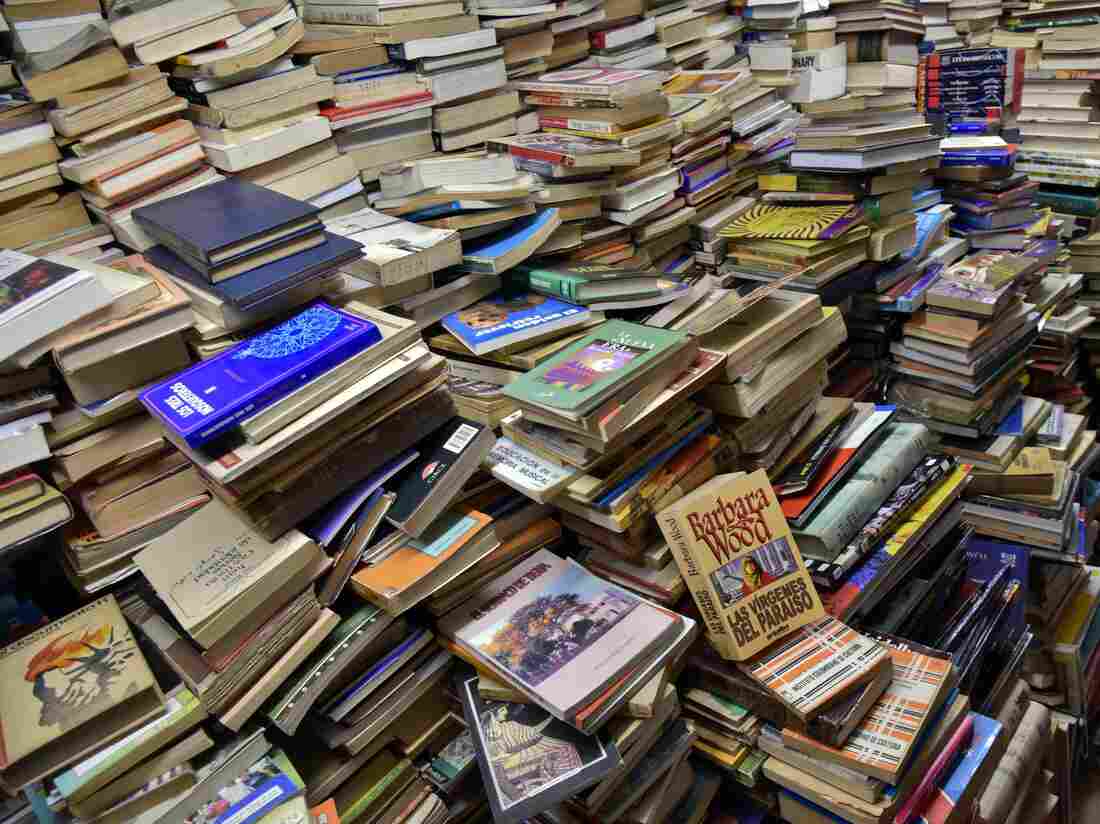 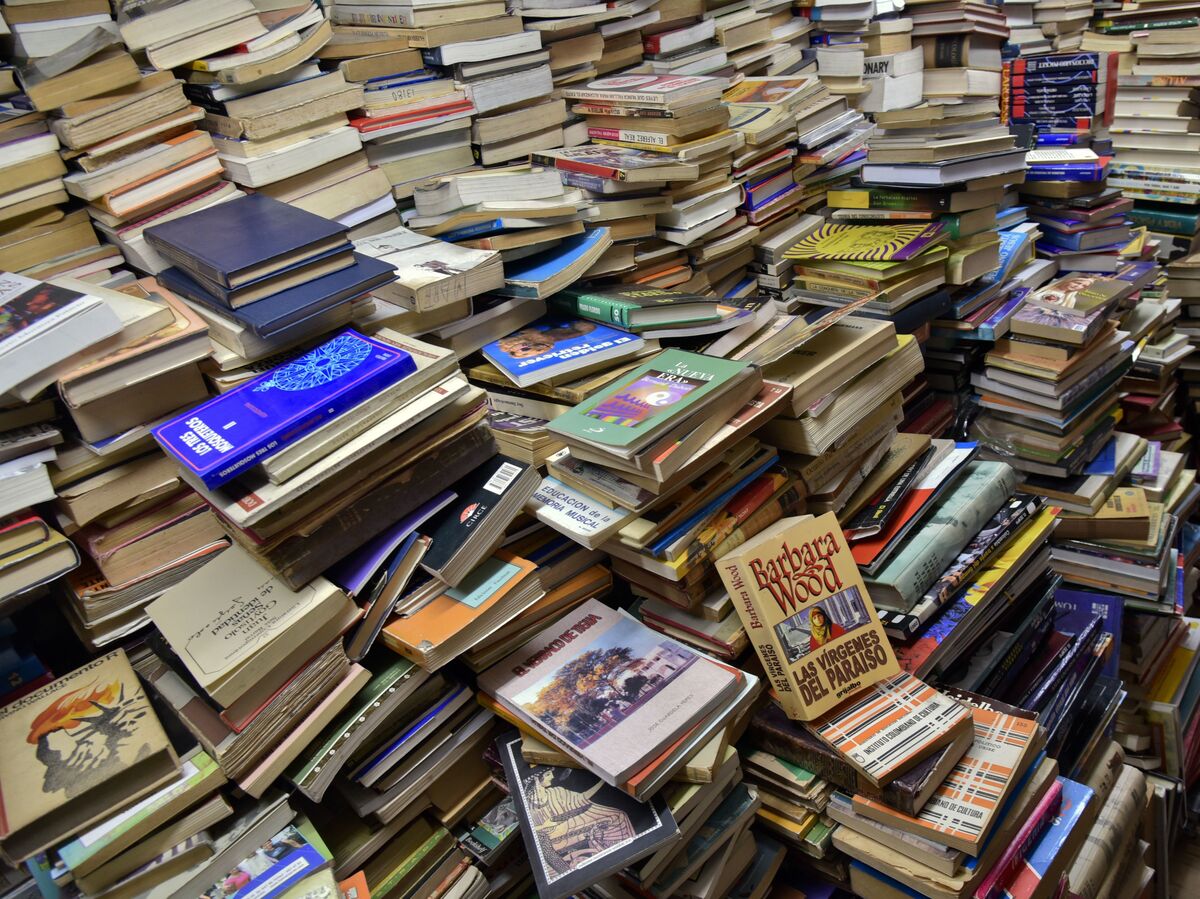 Books stacked in a library. The Romance Writers Association issued a statement earlier this week criticizing their own history of excluding black authors from RITA prizes.

The romance genre is a juggernaut that continues unabated.

It's a billion-dollar industry that outperforms all other book genres, and it's remarkably innovative, with a strong tradition of independent and self-publishing.

It's also an industry that's been grappling with a diversity problem. The RITA Award, the top honor for romance writers awarded by the Romance Writers of America, was awarded this week, and the organization acknowledged that in its 36-year history, no black author has ever won the prize. According to the RWA's own research, black authors have written less than half of 1 percent of the total number of books considered as prize finalists.

"It is impossible to deny that this is a serious issue and that it needs to be addressed," said the organization in a statement. "Educating everyone about these statistics is the first step in trying to fix this problem. We know there are no perfect solutions but ignoring the issue is that not acceptable." There's certainly no lack of black readership: A Pew Research survey from 2014 found that the person most likely to read a book of any genre is a college-educated black woman.

Alisha Rai, the south Asian author of the three-part Forbidden Hearts series and nearly a dozen other romance novels, has been reading and writing the genre since she was a teenager. She tells NPR's Lulu Garcia-Navarro about her own experience with readers, publishers and writing about race.

On the statement RWA released

It was something, and when you're used to nothing, something is pretty great. You know, I've been writing and publishing for seven or eight years, and every year when these finalists come out, we all just kind of go, "Oh, not again." And nothing happens, nobody releases a statement; the show just sort of goes on without us. I have not always had a great relationship with RWA — I know that many authors of color have not — we felt excluded in other ways, too.

On systemic issues in the genre

I've heard horror stories from other authors [of color] about, you know, sitting at a table at the RWA national conference and people who are there will get up and walk away from them. In a lot of ways, it's like going to a water cooler and being turned away from that water cooler. And when you're in this industry, it's a very solitary life. We write, and we keep to ourselves in a lot of ways; we're a little bit like hermits. And this is our way to see our colleagues, is to go to these meetings and conferences. When you feel like you're not a part of it, it's very demoralizing.

The organization is composed of so many people, it is hard to get everybody together and moving in the same position, and I understand that progress can be slow. ... This is the first year that I've even joined RWA, because I felt sort of a tentative hope that maybe we are moving forward, maybe I wouldn't feel so left out constantly.

Even now, when RWA released the statement saying no black author has ever won the RITA Prize, there were a number of comments [on social media] from non-black, non-authors-of-color, saying "Well, it's possible that maybe black people just don't read romance, or write romance," or whatever. ... It's ridiculous to think that when you have stats like that. ... And honestly, my readership is so vast — it sort of encompasses everyone. It's not a case where I only have south Asian readers, because I'm south Asian. It's not a case where black authors only have black readers. We have everybody ... because romance is romance! Love is love is love is love. ... In any of its permutations, no matter who writes it.

On her own experience with publishers

Getting published was pretty tough. My first book was more sort of on the sexier side, and the heroine was south Asian. ... You sort of fall into an internalized trap, all of my characters [before] were always white, and my heart just wasn't in it. So I felt like, this wasn't a book I hadn't see anywhere, so I want to write it. ... I shopped the book around [with different publishers], and I was told to change the characters' ethnicities. "We can take this if you can edit it." ... It is disheartening to hear, "Well, we can't really connect to her, but we can if you make her white."

Tired Of The Cold? Have A Spring Fling With These 3 Romances