Accessibility links
Scott Pruitt: Trump Touts 'Great Job,' But EPA Rollbacks Have Challenges Embattled EPA chief Scott Pruitt has moved to reverse or weaken dozens of environmental measures. But many face a slow regulatory process, and may yet be undone. 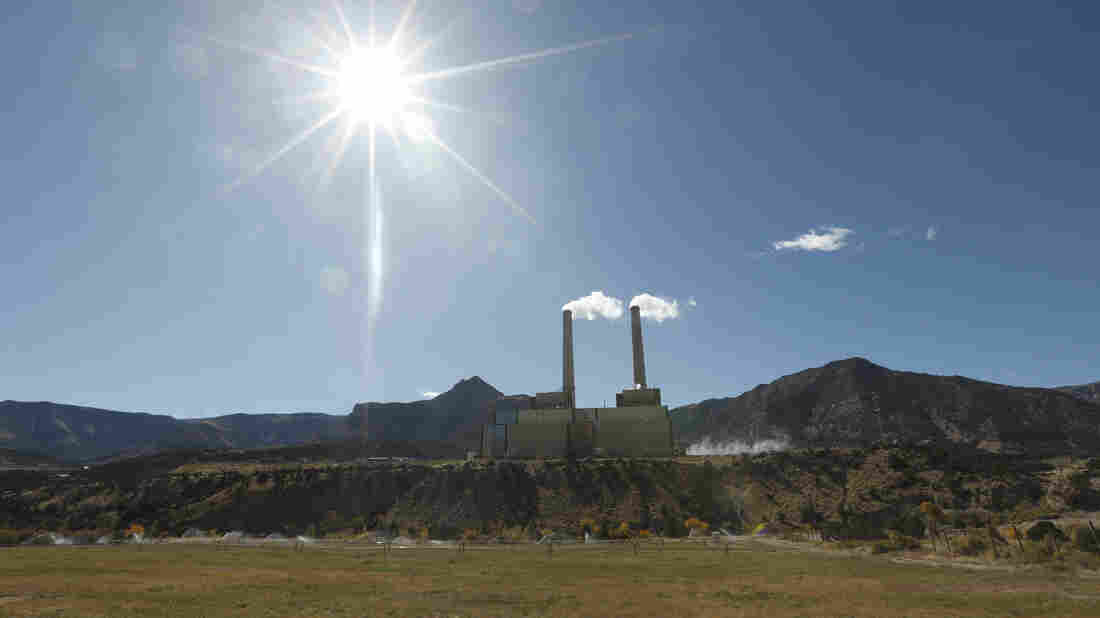 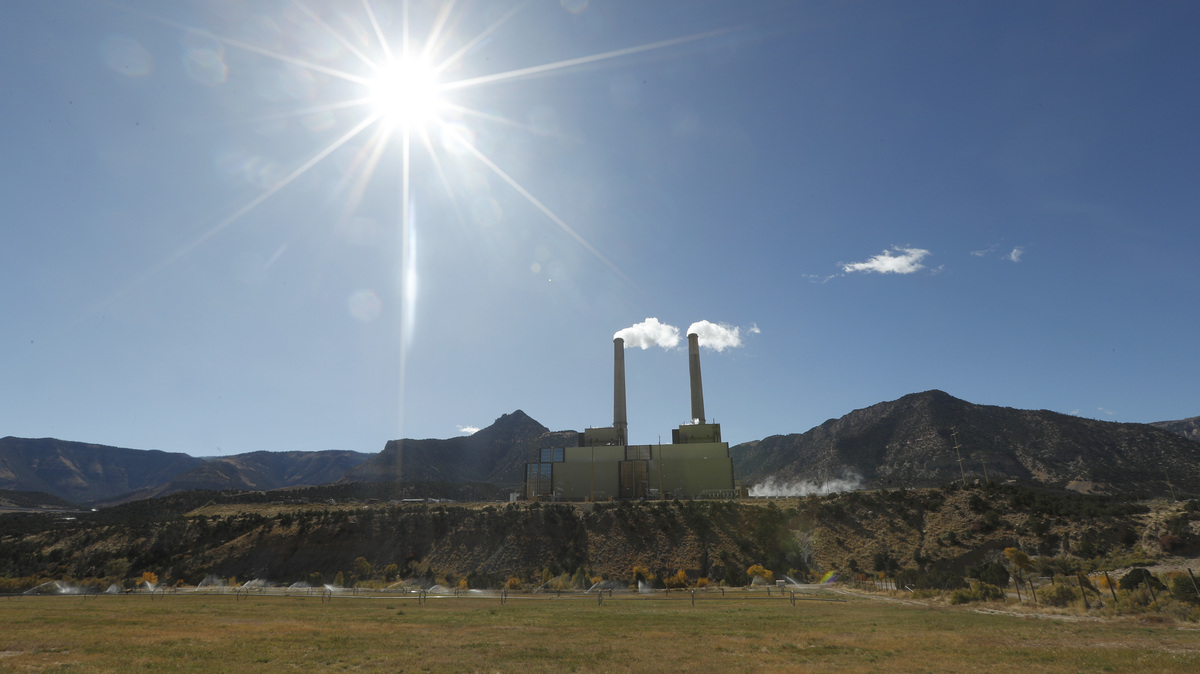 A coal-fired power plant on outside Huntington, Utah.

As allegations mount of EPA Administrator Scott Pruitt violating ethics policies and misusing taxpayer money, President Trump has repeatedly defended him. "Scott is doing a great job!" he said in one tweet.

Pruitt is one of the administration's most high profile members, and is often lauded as one of its most effective.

Topping that agenda are Trump's repeated claims that he will bring back coal jobs and boost fossil fuel production. And Pruitt has moved aggressively to roll back a number of regulations the industry opposed, including President Obama's signature measures to address climate change. The most consequential are the Clean Power Plan, which would have curbed emissions from power plants, and automobile fuel economy standards that aimed to nearly double fuel efficiency by 2025. 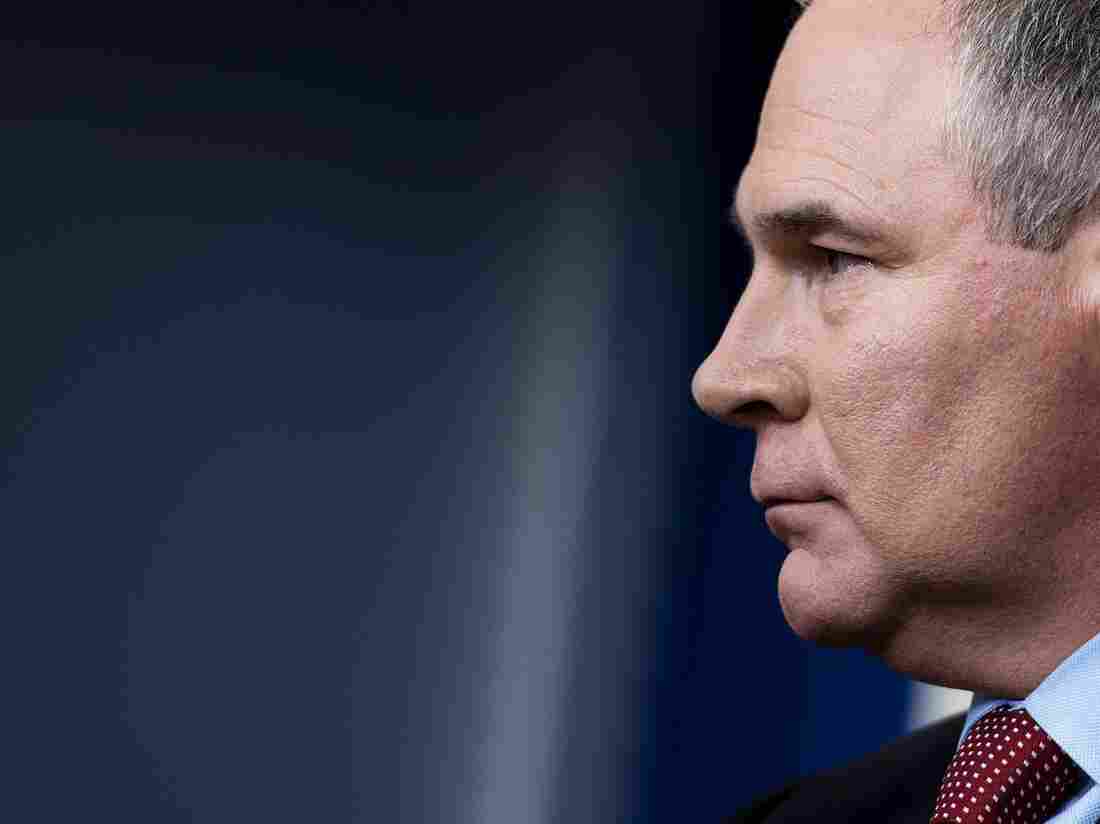 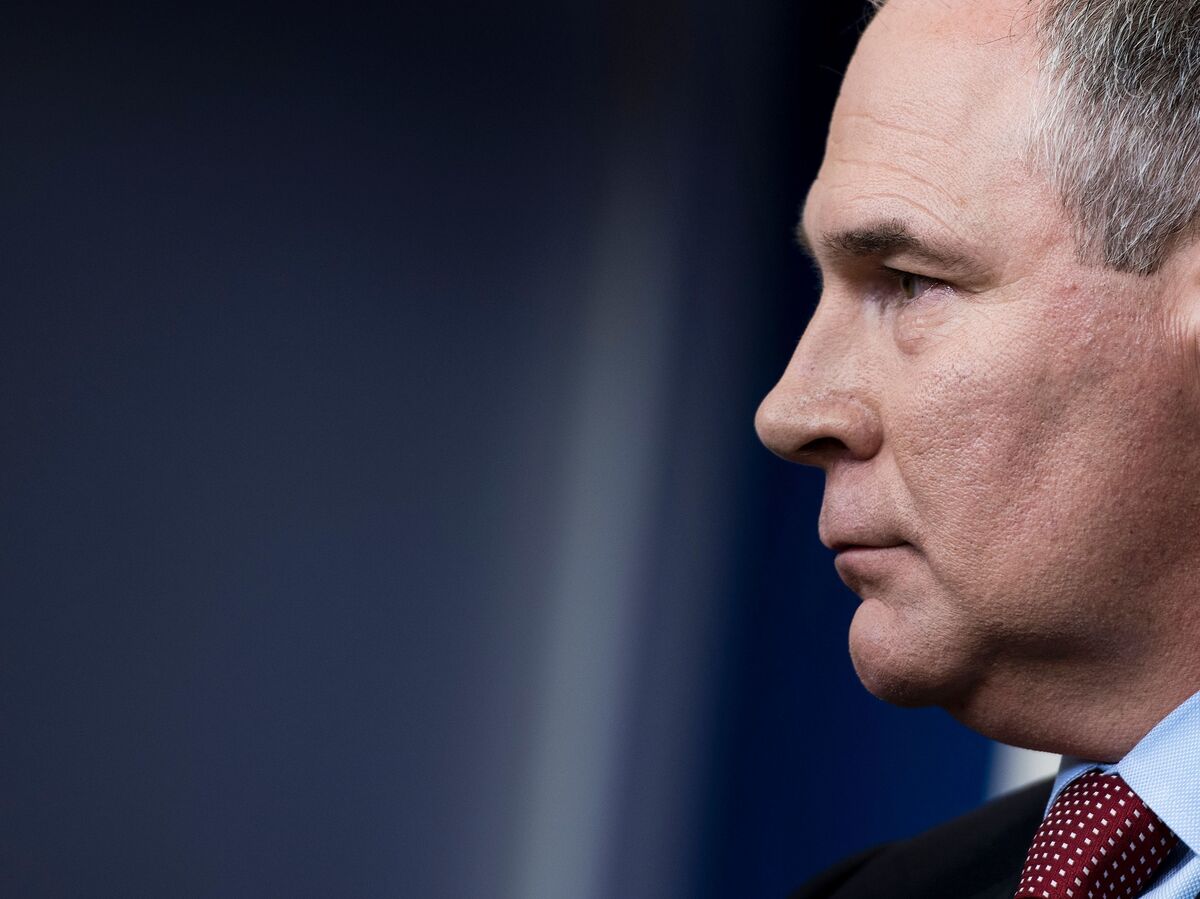 Scott Pruitt speaks during a briefing at the White House last year.

Pruitt's EPA has also formally suspended an Obama-era clean water regulation known as the Waters of the United States, and moved to reverse a range of other regulations on fossil fuel extraction.

But many of these rollbacks are in the midst of a long, slow-moving regulatory process.

"The big things that he set off to do are years away from being done," says David Doniger of the Natural Resources Defense Council. And then "they end up going into court battles."

The big things that he set off to do are years away from being done.

Some attempted rollbacks have already run into legal trouble. In March, a court found the administration broke the law by delaying implementation of an ozone pollution rule. Last year, a court blocked an effort to halt restrictions on methane emissions, and 14 states are now suing EPA over the standards.

William Buzbee of Georgetown University Law Center thinks the proposed repeal of the Clean Power Plan may also fall short in court. Writing last fall in The Hill, he says Pruitt does not offer evidence — as required — for why the original regulation's scientific conclusions were wrong. The plan also offers no replacement, even though EPA is legally bound to regulate carbon emissions in some manner.

Buzbee suggests the oversight may be due to "Pruitt's political focus on pleasing favored constituencies regardless of what the law actually allows."

There is frustration even among some administration supporters that Pruitt has not done more to create new policies as he tries to tear down old ones. One challenge may be how long it's taken to fill top ranks at the EPA. The former coal lobbyist Andrew Wheeler, who's up for the agency's number two spot, still awaits confirmation.

The increasing calls for the president to fire Pruitt are stoking concerns that time may run out for his deregulatory push.

"The longer these things are delayed," says Pyle of the American Energy Alliance, the less likely they are "to wind their way through the process before the next election."

If the next administration is Democratic, it could then revert back to enforcing the old regulations, or move to reverse them all over again.

Pyle also worries that, if Pruitt were pushed out, rollback efforts could stall while a new nominee faced a months long challenge to be confirmed. For one thing, after a series of staff shake-ups there's a long line of nominees waiting. What's more, the Republican majority in the Senate is more narrow than it was a year ago.

That heartens opponents of Pruitt's policies, like Doniger of the NRDC. If the Senate is called on to confirm someone else to lead EPA, he expects more pointed questions about the administration's deregulation agenda.

"It was just speculation a year ago," he says. "Now you can see what the agenda really is. And the American public doesn't like it."