Accessibility links
John Prine Offers 'The Tree Of Forgiveness' For A Weary World The master craftsman returns with his first new tunes in 13 years. 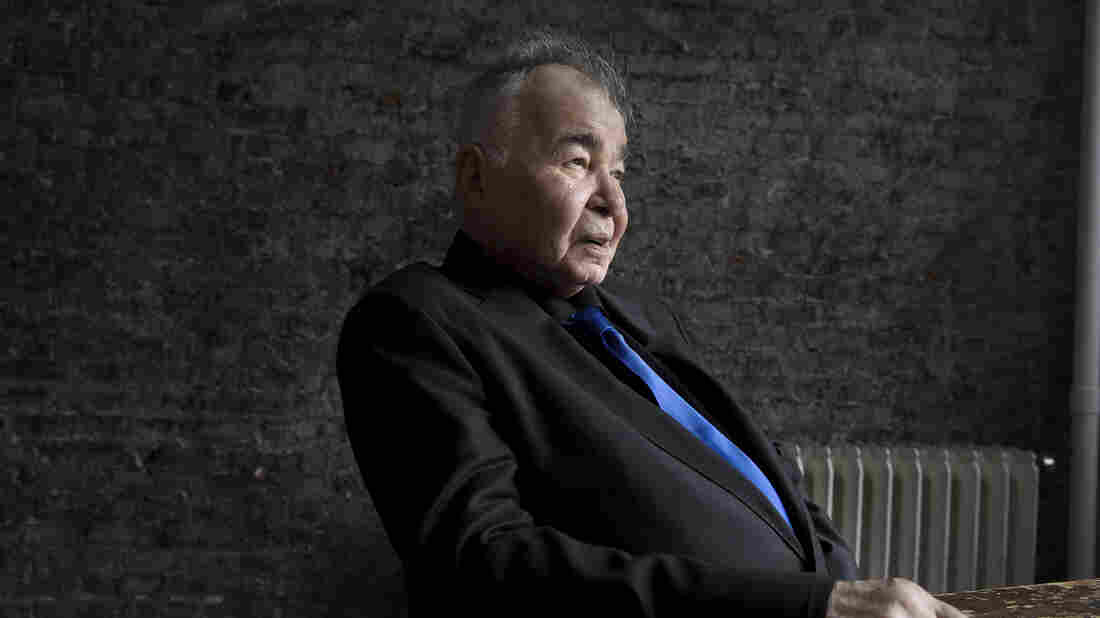 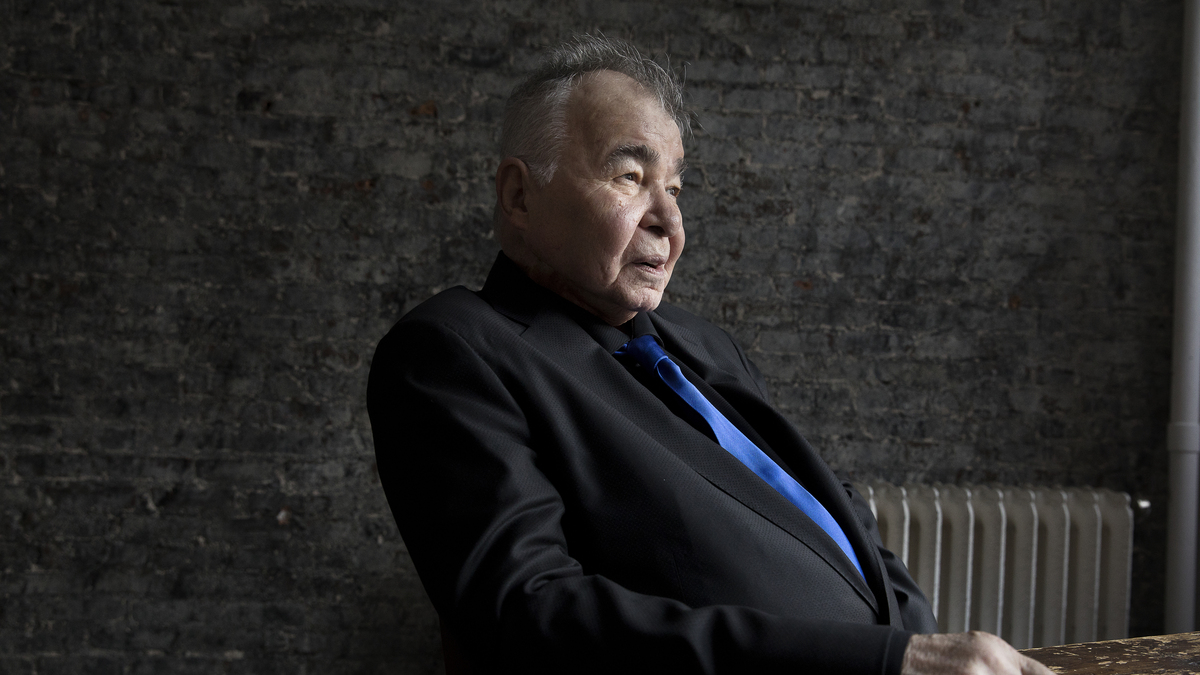 If John Prine is the favorite quirky uncle whose visits have become regrettably rare, The Tree of Forgiveness is the sound of that beloved avuncular figure finally pulling up to your doorstep in his old jalopy and knocking on your door with several weeks' worth of luggage. In fact, the introductory track on his first album of new material in 13 years is indeed titled "Knocking on Your Screen Door."

The 71-year-old troubadour has hardly been sitting on his hands since his last batch of original tunes, 2005's Fair & Square. He's cut two covers albums, one with bluegrass legend Mac Wiseman and one with a host of female duet partners, and released Beyond Words, a book of anecdotes, photos, and lyrics. But adherents to his masterful way with words have been hungry for some fresh meat to sink their teeth into.

Both he and we have been through a lot since 2005, from Prine's second victorious scrap with cancer to the 2016 election that sent the whole nation into turmoil. And there are songs here that seem informed by both of those experiences. 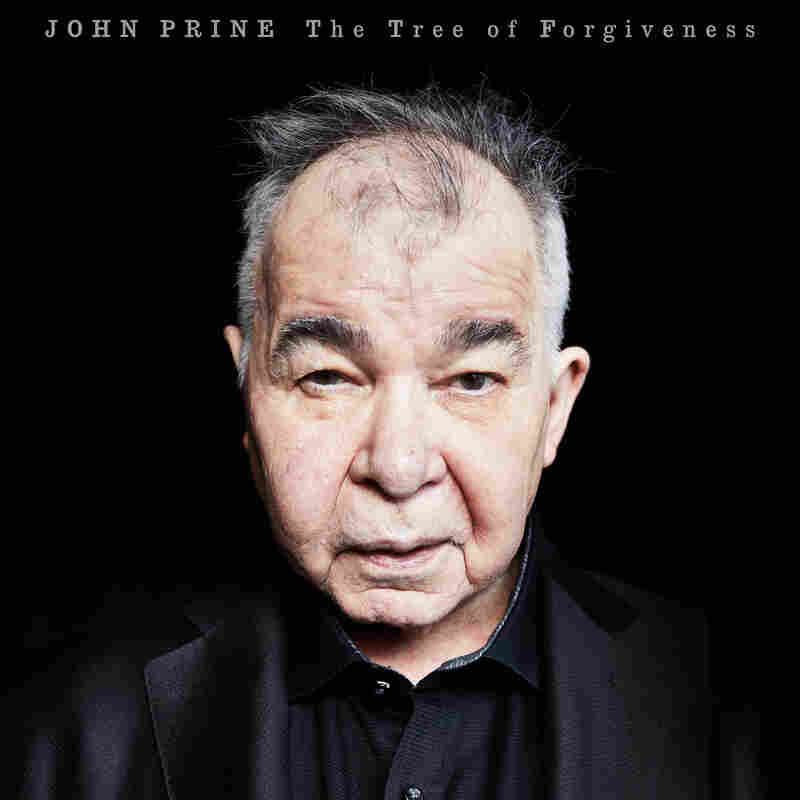 Prine tends to favor the universal over the strictly topical, but given the timing, it's difficult to hear the ominous, minor-key "Caravan of Fools" as an entirely apolitical statement. And the amiably loping "The Lonesome Friends of Science" feels primarily like a lament for the fate of our increasingly devalued scientific community in a growing environment of climate-change deniers and conspiracy theorists. Of course, Prine being Prine, he detours into some gleefully absurdist flights of fancy, keeping things from getting too grounded in the quotidian.

The wistful, bittersweet ballad "Summer's End" bears a gentle air of mortality, while the good-time singalong "When I Get To Heaven," replete with kazoo and barroom piano tinkling, directly addresses Prine's afterlife agenda with characteristic cocked-eyebrow humor. But between those tracks and the goofy old-age home antics detailed in "Egg & Daughter Nite, Lincoln Nebraska, 1967 (Crazy Bone)," it's important to recall that the ever-empathetic Prine has been singing about that phase of life's journey since his 1971 debut, on tunes like "Hello in There" and "Angel from Montgomery." So perhaps it's unwise to get too presumptuous about his motivations of the moment.

Time's effect on Prine's process notwithstanding, the years have undeniably had an impact on his voice. Over the years, some combination of cigarettes, the aforementioned health issues, and simply the clock's tick-tock conspired to deepen and roughen the songwriter's naturally creaky pipes. But the age-appropriate vibe of Prine's vocals only serves to deepen the impact of his lyrics, especially when he employs the kind of deadpan delivery that's always been one of his secret superpowers.

Given the more subtle singing style Prine's currently employing, anything approaching an overly busy production would have proven disastrous for The Tree of Forgiveness. Fortunately, he wound up with what might be the most sympathetic producer in his hometown of Nashville. Dave Cobb has earned a mighty rep over the last several years as the man behind the boards for Prine disciples like Sturgill Simpson and Jason Isbell (the latter guests on three tracks here). And he gives Prine the most suitably sparse arrangements he's had since the early '70s. At a crucial juncture like this, it's exactly what's needed to help spike the football.

And in the same way Prine's big heart famously shone through early on in his career, with his poignant portraits of senior citizens on "Hello in There" and Vietnam vets on "Sam Stone," "Knockin' on Your Screen Door" is another compassionate first-person tale of a marginalized character. It's sung from the perspective of an unlucky soul scrambling for basics like food and shelter. The perennially easygoing Prine's never been one to force a message down anybody's throat, but with the song's refrain — "I'm thinkin' it's your business, but you don't got to answer / I'm knockin' on your screen door in the summertime" — he subtly informs us that we're all our brothers' and sisters' keepers. Given the weary world awaiting The Tree of Forgiveness upon its release this Friday, it's a welcome reminder.