Accessibility links
For Sandra Oh, A Star Turn Tracking A Stylish Assassin On 'Killing Eve' On the new female-driven TV series, Oh (Sideways, Grey's Anatomy) has landed a darkly comic lead role that she says was 30 years in the making. 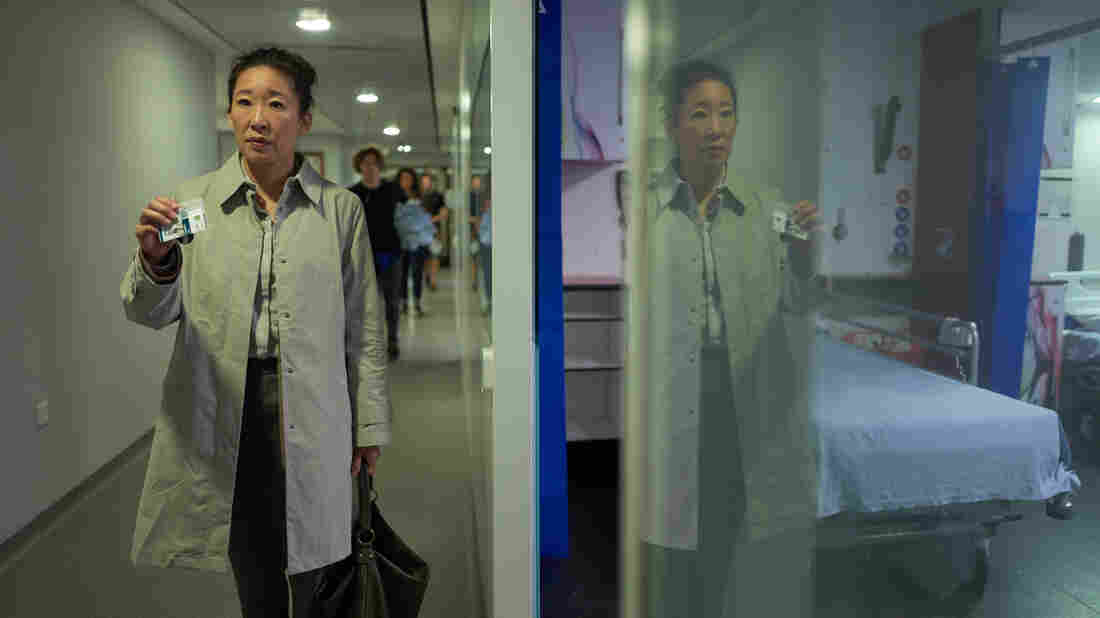 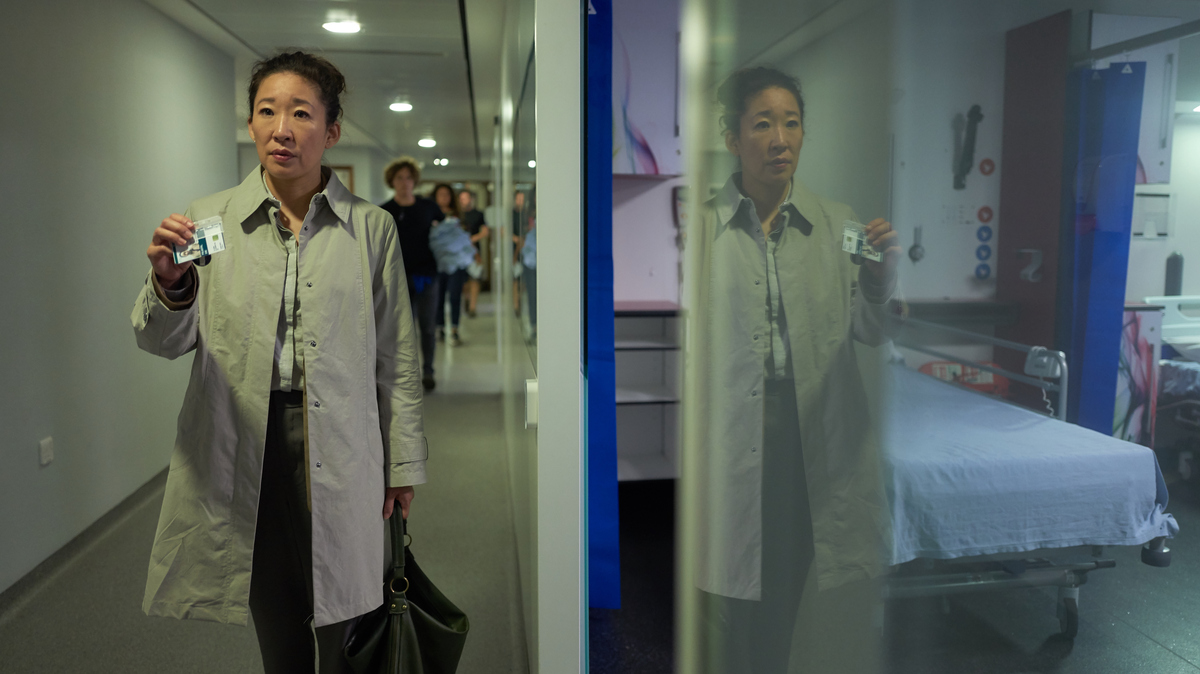 In Killing Eve, Sandra Oh plays the titular Eve, a desk-bound security services operative who picks up the trail of a glamorous assassin.

We know more than we ever did before about how hard it can be for women trying to make it in Hollywood.

But Sandra Oh says she was prepared for anything the industry threw her way — sort of by accident. She had to face her toughest critics long ago — her parents — who absolutely did not want her to become an actor.

The Winding Career of Sandra Oh

The Winding Career of Sandra Oh

Turns out Oh was pretty good at being an actor. In 2006 she won a Golden Globe for her portrayal of the hard-charging Dr. Cristina Yang on the hit TV show Grey's Anatomy. For fans of smart, nuanced female characters, it's a big deal that Sandra Oh is back on TV, a few years after leaving Grey's.

Her new series is also female-driven — and a bit subversive, too. It's a thriller, from the writer Phoebe Waller-Bridge, who made a name for herself with the show Fleabag. This new series, on BBC America, is called Killing Eve.

Oh stars as Eve, an American living in London. She works for MI5, Britain's security service — that sounds super sexy and interesting, but her job isn't those things. She longs for something more meaningful.

She gets it when she picks up the trail of a female assassin who is murdering high-value targets across Europe. The story unfolds, cat-and-mouse style, with these two very different women linked in a perilous chase.

"One who is the hunter, the other who is the killer," Oh says. "You know, one who is young, powerful, filled with vitality; the other who is middle-aged, seemingly unremarkable and a little plateaued. You can go all over the place — one who has fantastic fashion sense, one who doesn't really care. And my character is the one who is quite schlumpy."

On the intrigue of a female assassin

It's unusual, and Eve — first [is] very doubtful, or not so confident in her instinct. Through the series we see her gaining more confidence with her instinct that she's right, because [of] her fascination with a woman who is able to do this job of being an assassin — no remorse, and with such a great sense of style that she assassinates people with a certain amount of personality. And that Eve catches onto that, and she really is attracted to that because those are the things she doesn't have within herself.

On the dry, dark humor of characters she has played

I feel like I don't really have a sense of humor. ... I don't know if I could characterize it dark or light, I just — I do like humor. When I saw Fleabag, and when this script came to me, there is a uniqueness and a dark naughtiness to Phoebe Waller-Bridge's sensibility that I did gravitate towards, very much. And it's a lot darker than anything that I've played before, and I just — I personally like that taste-wise.

On being called for the part

In some ways I wish it was that easy — that they called me. And in some ways it was, because they called me. And then when I look back, it's also: It took me 30 years to get this call. And I mean that from a very true place. I was very, very happy to get this call. I left Grey's Anatomy four years ago, and have just been actively waiting. And what I mean by that is actively trying to find the right project to fall in love with.

Yes. As an actress of color, right, you — just to see how deep the belief system had run into me, myself, that I would see a script and immediately not assume that I am the primary storyteller. And, you know, they basically woke me up from that. And it was really sad. It was very, very sad, and then also happy in that moment, because it was sad to see how deep the internalization went for me, and it was really exhilarating to know that that belief system is no longer true.

Justin Richmond and Shannon Rhoades produced and edited this interview for broadcast. Patrick Jarenwattananon adapted it for Web.

A previous Web summary of this story that appeared on the NPR home page identified Sandra Oh as an American actress. In fact, she is Canadian.