Accessibility links
The Rise — And Stall — Of Facebook Founder Mark Zuckerberg Silicon Valley entrepreneur Mitch Kapor says Zuckerberg — set to appear before Congress on Tuesday and Wednesday — is at a crossroads, and reflects on his performance as a leader in the public eye. 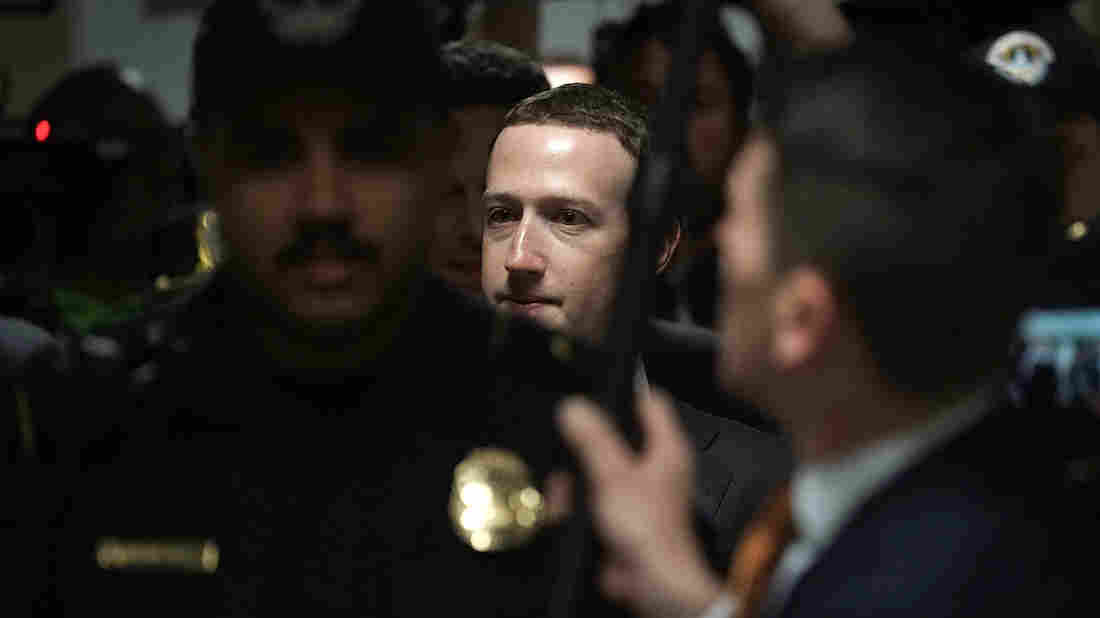 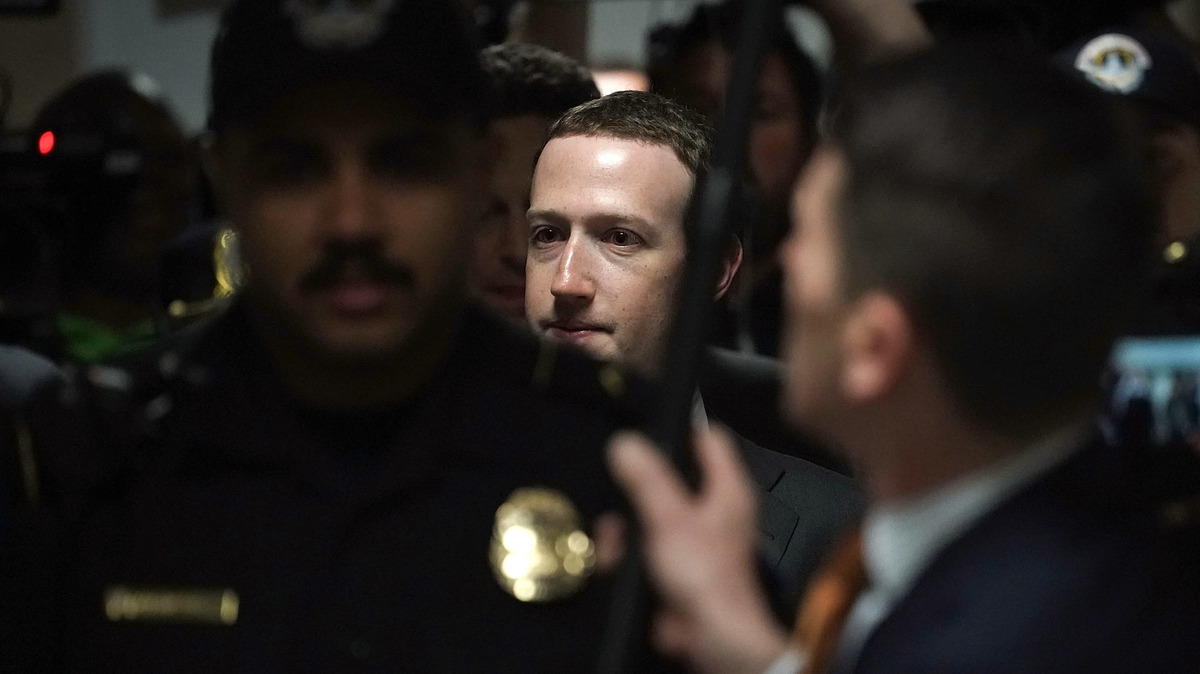 Facebook CEO Mark Zuckerberg is escorted by police on his way to a meeting Monday with U.S. Sen. Dianne Feinstein, D-Calif., ranking member of the Senate Judiciary Committee.

Facebook founder and CEO Mark Zuckerberg is preparing to testify Tuesday and Wednesday before lawmakers on Capitol Hill. They'll ask him how Facebook let the data of up to 87 million unknowing users get into the hands of the political firm Cambridge Analytica.

Facebook began notifying those users Monday. But this is just the latest controversy for the social network, famously launched from Zuckerberg's Harvard dorm room.

"I think that he was [a] very smart, technically minded undergraduate with a lot of ability to code and a bunch of ideas to try things," Silicon Valley entrepreneur and investor Mitch Kapor says of the 33-year-old billionaire. "The first of which was to scrape data from Harvard's servers without anybody's permission, and then asking other people at Harvard to rate the 'hotness' of student pictures."

That project eventually led to the creation of Facebook.

Kapor runs Kapor Capital and the Kapor Center for Social Impact with his wife, Freada Kapor Klein. He says this moment is an opportunity for Zuckerberg to become a leader driven by his obligation to Facebook's stakeholders, including its users. But he says it won't be easy.

"There'll be a loss of status and a loss of billions of dollars to do that, because their current business model is a devil's bargain that's based on exploiting Facebook users," Kapor says. "But the optimistic scenario is, he can rise to that occasion."

On how The Social Network affected the public's view of Zuckerberg

He became a kind of cultural icon as a result of the movie — and well, obviously, it wasn't entirely a flattering portrait. My sense is that the hero worship aspect of our culture fastened on to him even more tightly as a result of the exposure of the Zuckerberg character. ...

When you are the king — and he really is the king — it's very difficult for your subjects to speak the truth to you. By becoming so visible and so much out-there, I think it really made it even more difficult to have the kind of real internal dialogue that's needed to keep this hyper-growth company on some sort of track.

On Zuckerberg's 2015 promise to give away most of his wealth, and the Chan Zuckerberg Initiative

I think he's been struggling to figure out what to do now that he's king. I will say that we have to distinguish between good intentions and what actually results.

For instance, on this pledge to give away the money: If you look at the details of that, in fact it's not going into a philanthropy, into a foundation — the way Bill Gates did with his money at Microsoft — it's going into a limited liability corporation. And they can do anything they want with that, and they have no accountability.

I don't doubt that he's sincere, but I certainly don't take it at face value — because what really matters is what Facebook actually does.

On whether Zuckerberg is part of a larger story about leadership, or lack thereof, in Silicon Valley

Oh absolutely. That Zuckerberg and Facebook story really exemplifies a great deal about how Silicon Valley operates. One thing I would point out is, all along, this wasn't a secret that they were engaging in various disreputable behaviors.

There were opportunities to speak up, but none of the investors who were on the Facebook gravy train wanted to do that, for fear of either being thrown out or not having access to the incredible half-trillion dollars of wealth that was being created. And so they remained silent and the silence of the investors in the board, I think, is also part of what is wrong with Silicon Valley.

The audio version of this story was produced and edited by Art Silverman and Emily Kopp. Sydnee Monday adapted it for the Web.