Accessibility links
Yes, You Really Do Hear Each Crunch Of Popcorn While Watching 'A Quiet Place' The horror movie is a hit at the box office, but poses a conundrum for those who like to take in their cinema with snacks. 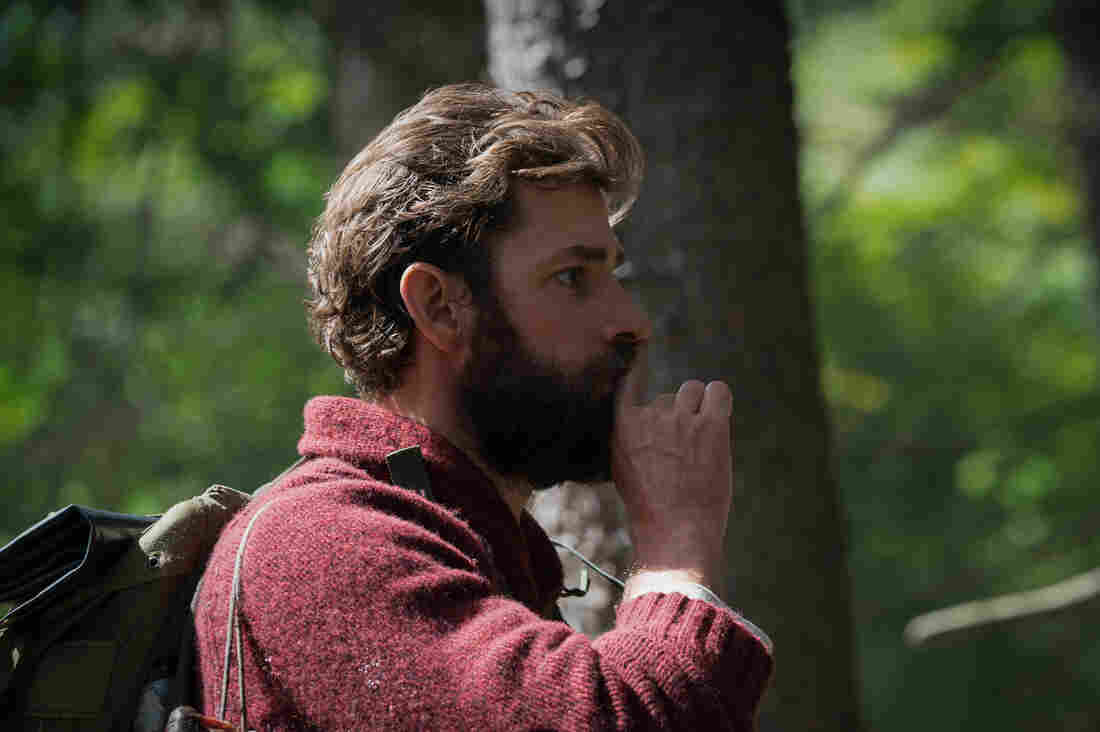 In A Quiet Place, John Krasinski plays Lee Abbott. The movie follows a family that lives in a post-apocalyptic world, where super-hearing creatures will kill them in they make a sound. Jonny Cournoyer © 2018 Paramount Pictures. hide caption 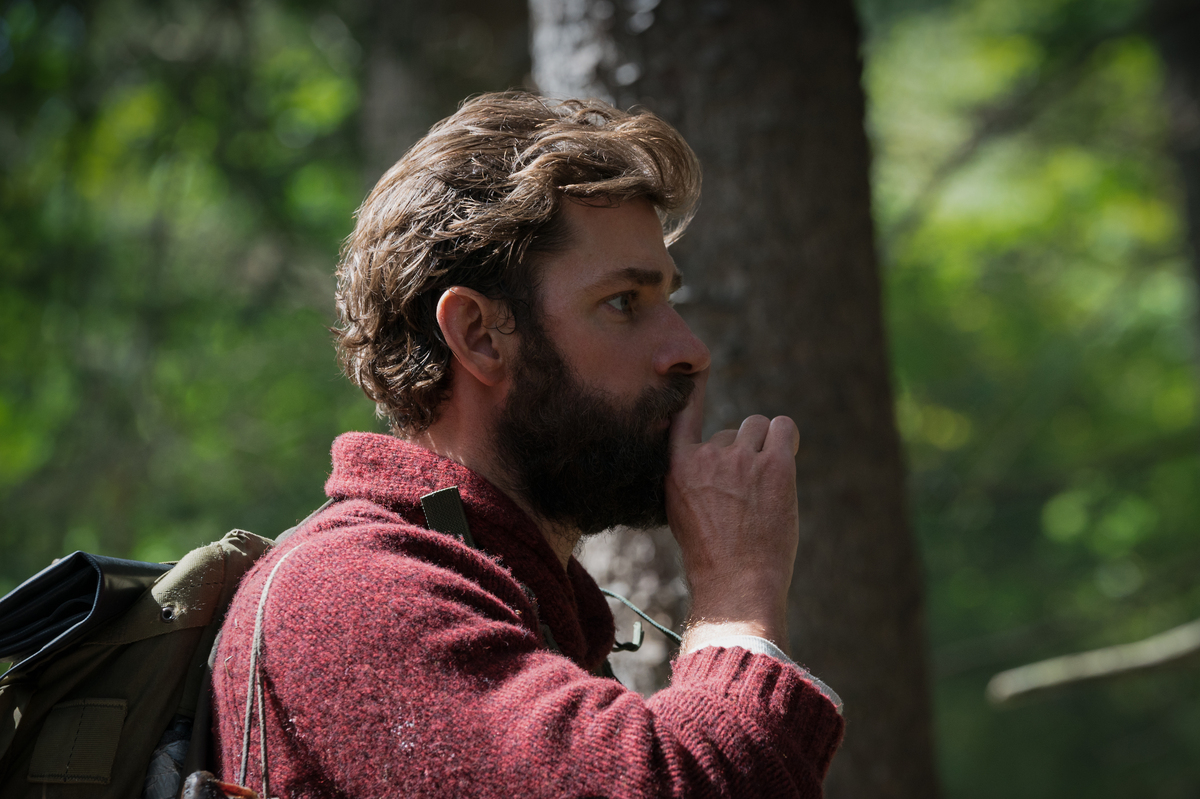 In A Quiet Place, John Krasinski plays Lee Abbott. The movie follows a family that lives in a post-apocalyptic world, where super-hearing creatures will kill them in they make a sound.

The new horror movie A Quiet Place is a hit at the box office and with critics. It's also notable for its lack of sound, which poses a problem for lovers of movie-theater popcorn.

On a Monday morning at 11:30, the theater was empty, which isn't too surprising since it's not a prime viewing time for horror movies. That meant it was not exactly possible to investigate the claim that it's really hard to eat popcorn during this movie without annoying one's fellow moviegoers. But it did allow for a fact-check on how quiet the movie really was, and whether the snacking conundrum was overblown.

The movie follows a family that seems to be the only surviving humans in a post-apocalyptic world. Creatures with amazing hearing — possibly aliens — have taken over. If you make noise, you could be killed in an instant. The family uses sign language and goes barefoot everywhere.

or “How Self-Conscious Can We Make You About Every Tiny Sound You Make in A Movie Theater with 100 Strangers All Trying to Eat Popcorn At the Same Time?”

Several minutes into the movie, it's been completely quiet. No footsteps, no foley-produced sound effects. There's the tiniest bit of scoring, but even that is pretty quiet. You can even hear the ventilation in the theater.

And popcorn crunches really do stand out. This is especially true because the silence is so tense — you have no idea when something sudden and dramatic will happen without the helpful horror music that queues you to pay close attention.

At one point after a silent table-setting, a silent meal, and a silent after-dinner game of Monopoly, one of the kids knocks over the oil lamp. Everything goes silent as the family waits to see if the creature heard the noise and is about to kill them.

Meanwhile, I had just taken a big mouthful of popcorn. I was stuck.

Years — or maybe just minutes later — it became clear that this time, the creature wasn't coming. I could finish chewing. And I wasn't even worried about bothering people. Maybe I thought if I chewed too loudly the creature would come for me?

Yes, this is a very quiet movie. Yes, if you had fellow moviegoers, you really, really would have trouble eating popcorn without infuriating them.

But honestly, I found that the movie itself was so scary that the snacking thing was kind of moot: Most viewers will be too busy holding their breaths and grabbing their seat cushions to remember to eat anyway.