Accessibility links
Scott Pruitt And Republicans' Collective Shrug On Ethics With a president keeping a Cabinet-level official on the job despite a raft of scandals, ethics officials are spelling out why that might be a problem. 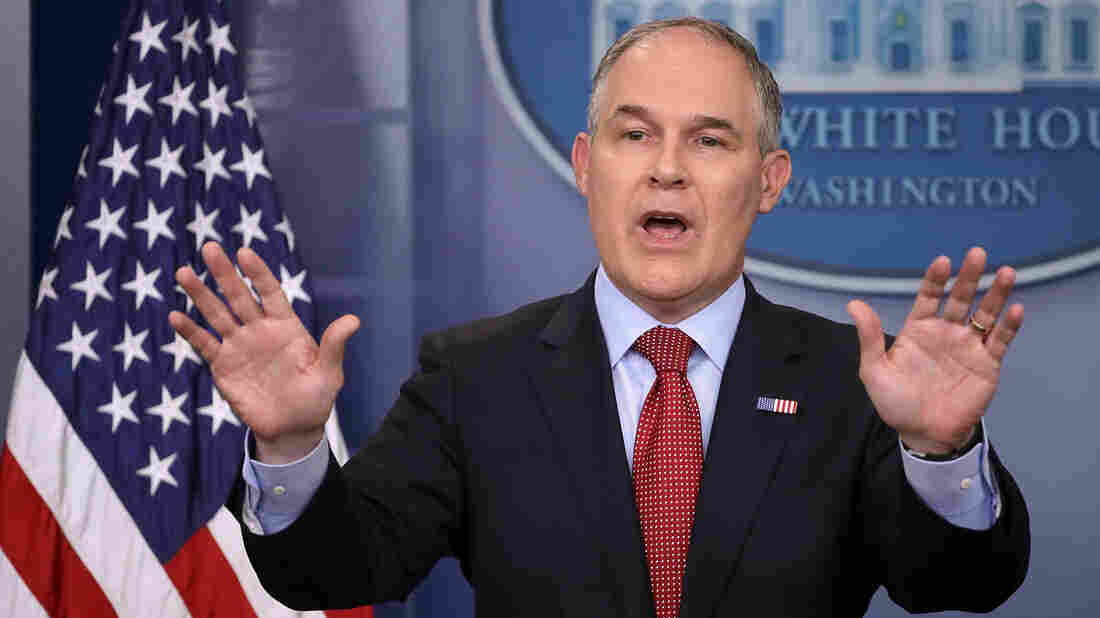 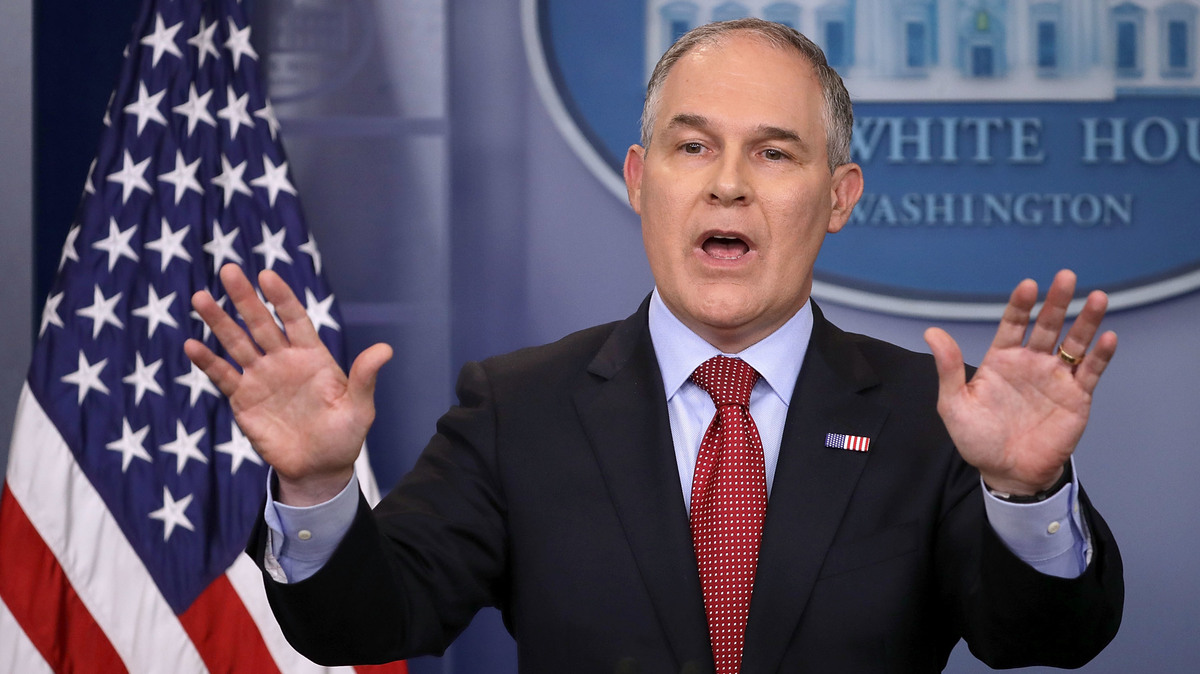 The Office of Government Ethics on Monday said that as an agency head, Environmental Protection Agency chief Scott Pruitt bears "a heightened responsibility" when it comes avoiding conflicts of interest.

"We'll nitpick little things," Rounds said. "He has too many people on his security detail. It may add up to more than what the previous guy did. ... We said we had to have regulatory reform. We've got it. Scott Pruitt is a big part of that. He's executing what the president wants him to execute."

On a host of issues, Republicans seem to be struggling with how to respond in the age of Trump — whether it's about Pruitt and ethics or the president and questions about his personal behavior. (Think about evangelicals' response to allegations of President Trump's marital infidelity — or previous allegations of sexual assault and misconduct).

But ethics officials in government are starting to speak out and raise red flags. The Office of Government Ethics on Monday issued a strongly worded letter (full letter at the bottom of this post) that lays out its case for why ethics matter.

"Public trust demands that all employees act in the public's interest, and free from any actual or perceived conflicts when fulfilling governmental responsibilities entrusted to them," writes David Apol, acting director and general counsel of the office.

What's more, Apol points out, Pruitt is not just any "employee" who has to be held to this standard.

"Agency heads in particular bear a heightened responsibility," he notes. That's because, according to the Code of Federal Regulations, agency heads are literally "required to 'exercise personal leadership in ... establishing and maintaining an effective agency ethics program and fostering an ethical culture in the agency.' "

Not only that, but the statute lays out the expectation that agency heads also "enforce" ethics rules in their agencies and consider them in "evaluating the performance of senior executives." 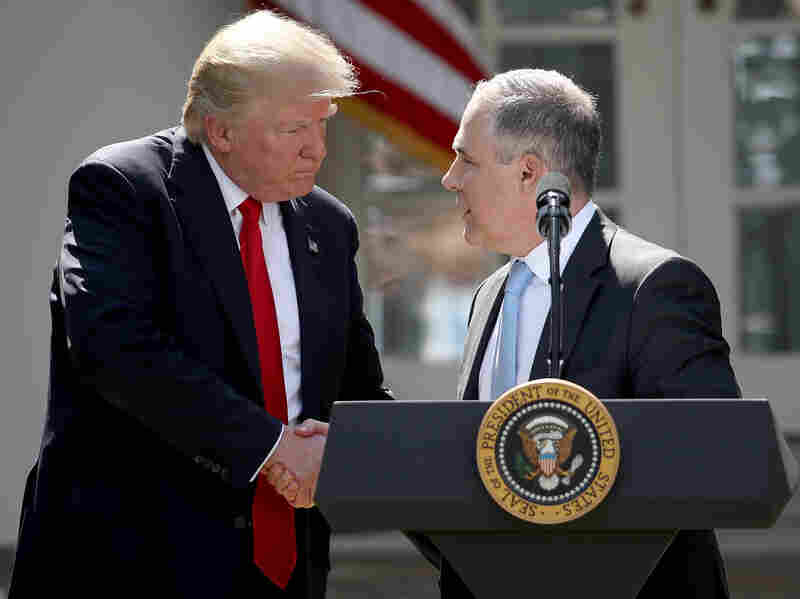 President Trump shakes hands with EPA chief Scott Pruitt after announcing his decision for the United States to pull out of the Paris climate agreement. Win McNamee/Getty Images hide caption 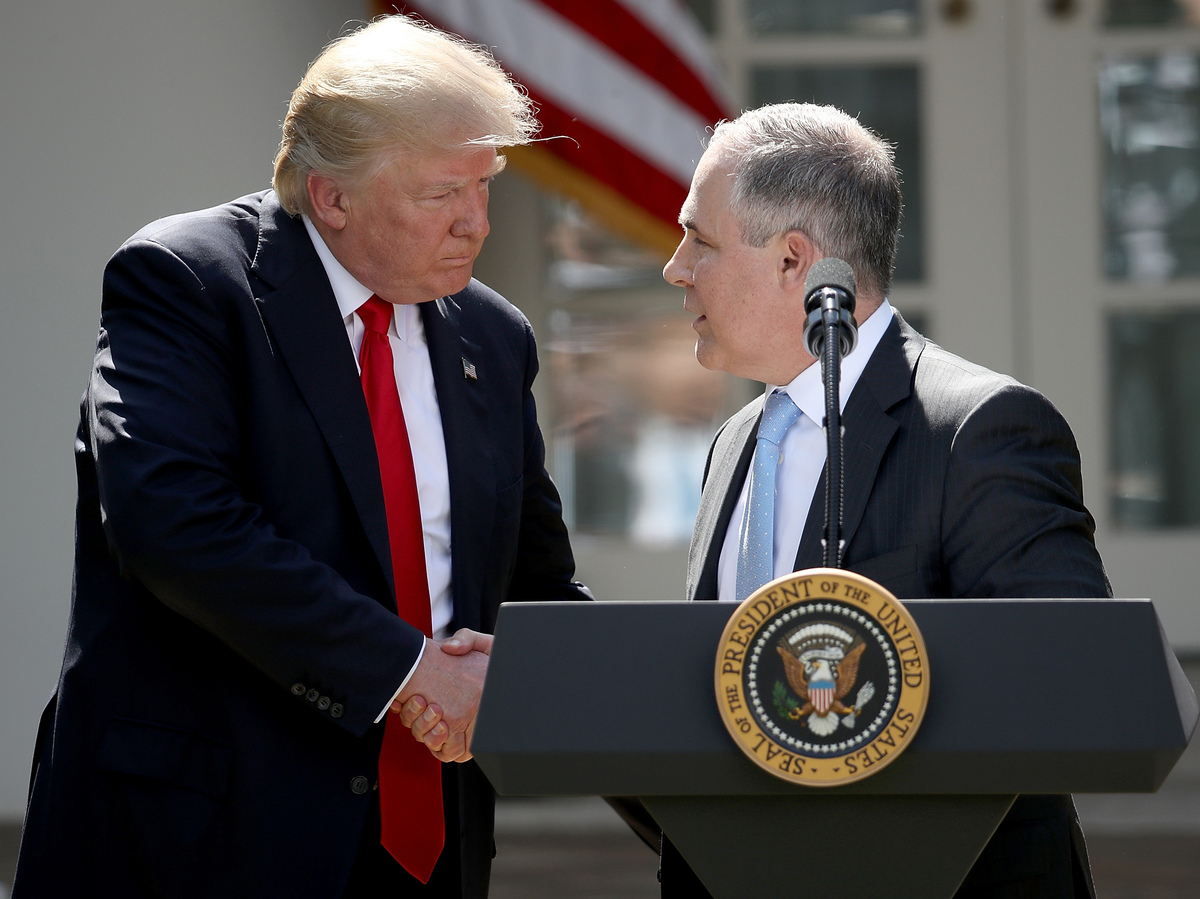 President Trump shakes hands with EPA chief Scott Pruitt after announcing his decision for the United States to pull out of the Paris climate agreement.

Reports about Pruitt's potential ethical issues are wide-ranging. They include requesting a large security detail (even when on personal travel to Disneyland); flying first class on the taxpayers' dime (while flying coach when he was flying on his own); entering a $50-a-night deal to rent a room in a condo owned by the wife of a lobbyist; providing pay raises to aides close to him after the White House apparently rejected the hikes; using an EPA staffer to help him search for housing on weekends; and removing the head of his security detail who objected to using sirens to get Pruitt through traffic in a nonemergency situation.

If it's true that Pruitt retaliated against staff for doing their jobs, then, Apol says, "it is hard to imagine any action that could more effectively undermine an agency's integrity than punishing or marginalizing employees who strive to ensure compliance with the laws and regulations that safeguard that integrity."

And yet, Republicans like Rounds dismiss the ethics complaints as "nitpicking." And even as the White House says it is reviewing the allegations, Trump has already sought to minimize them.

In a weekend tweet, Trump echoed Pruitt's claims that the extra security spending was the result of "death threats because of his bold actions at EPA," declared the travel expenses "OK," called the questionable rental arrangement "about market rate," and said, "Scott is doing a great job!"

While Security spending was somewhat more than his predecessor, Scott Pruitt has received death threats because of his bold actions at EPA. Record clean Air & Water while saving USA Billions of Dollars. Rent was about market rate, travel expenses OK. Scott is doing a great job!

The defense of Pruitt comes even though the president and Republican leaders could surely find another conservative who could be as effective at rolling back the regulations at the department.

One of the rules of politics is that people rarely act when their jobs aren't at stake. But Republicans have been punished for ethical lapses in the past.

After the 2006 election, for example, the last time the GOP had control of both chambers of Congress, Republicans lost the House and Senate. The spiraling Iraq civil war was the principal reason, but ethics scandals played a not-insignificant role, too.

As The Washington Post noted the day after Election Day 2006:

"Exit polling indicated that this theme resonated strongly with voters, who told a consortium of news media interviewers that they disapproved of the way Congress is handling its job (61 percent) and described 'corruption and scandals in government' as either very or extremely important factors in their vote (74 percent).

"Only the state of the national economy was mentioned more frequently (82 percent) as a very or extremely important issue in exit polling, based on 13,208 interviews. The issues that Republican Party leaders highlighted in their pre-election campaigning — terrorism, immigration, abortion and same-sex marriage — were mentioned less often in the surveys."

When John Boehner became speaker in 2010, after Republicans wrested control of the House once again, he did not have a short memory. He was known for his swift action against members of his own party for a variety of ethics scandals.

He set the tone.

In contrast, Trump gave his backing to Pruitt — and congressional Republicans don't appear to be withdrawing their support for the EPA chief.

As Apol argues, "The success of our government depends on maintaining the trust of the people we serve."

Democrats and Republicans have struggled with ethics. As NPR's Ron Elving notes, policy victories — as can often be the case in Washington — are trumping ethics. But how party leadership responds can often set an example or inflame outrage.

Voters will get the opportunity to decide for themselves this year whether ethical lapses matter — or if it's all just nitpicking.