Accessibility links
A Devastating Fall Couldn't Keep This Rodeo 'Rider' Off Wild Horses A harrowing accident left Brady Jandreau with a skull and brain injury — but he refused to quit riding. He plays himself in director Chloé Zhao's slightly fictionalized retelling of his story. 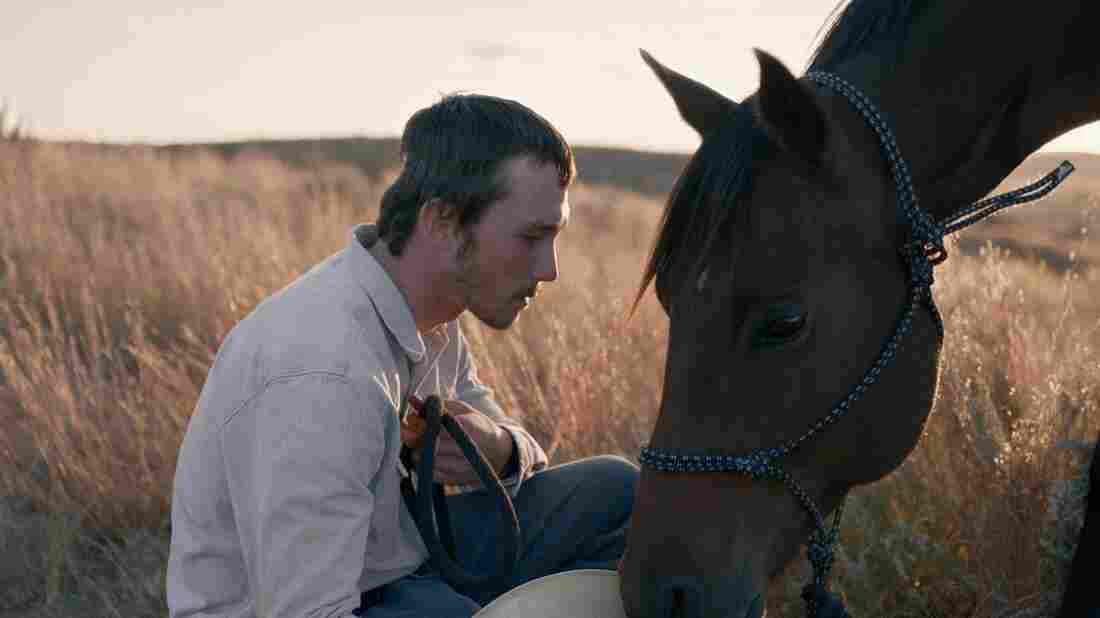 Brady Jandreau recreates his own struggle to recover from a serious rodeo accident in The Rider. Sony Pictures Classics hide caption 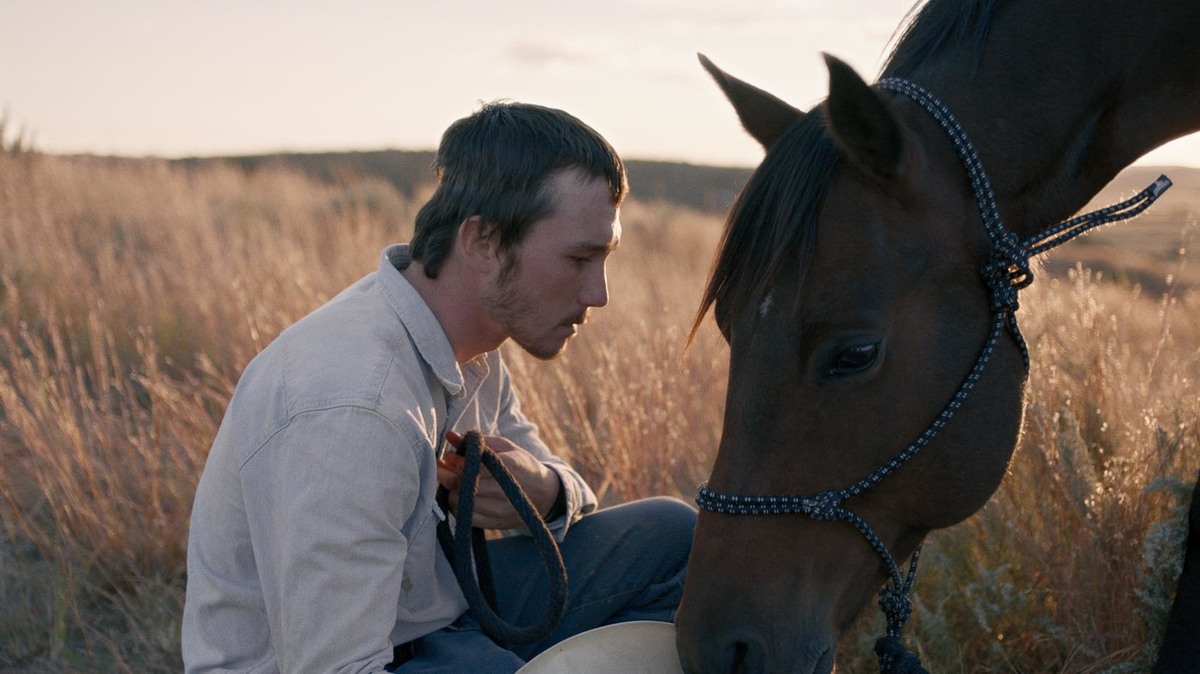 Brady Jandreau recreates his own struggle to recover from a serious rodeo accident in The Rider.

In 2016, Brady Jandreau was thrown from a horse while riding in a rodeo. The horse stepped on the Lakota cowboy's head, crushing his skull.

Doctors told him that he wouldn't ride again — and he considered giving it up — but couldn't. "I knew what I had to do and I knew what I was going to do," Jandreau says. "The rest was up to faith and my connection with the animal."

Though Jandreau no longer participates in rodeos, he continues to train wild horses for the public. Director Chloé Zhao's new film The Rider chronicles his accident, his recovery and his deep love of horses.

The movie, which was filmed on South Dakota's Pine Ridge Indian Reservation, features Jandreau playing a slightly fictionalized version of himself.

"Brady relates to horses more than people," Zhao says of her film's subject. "Luckily, getting back on the horseback and being able to keep his way of life was very healing."

On deciding to start The Rider with Brady's dream

Chloé Zhao: The film starts with a dream and that's a dream Brady had in real life when he was in the coma. He dreamt that he was horse himself. And that horse was being trained and a saddle was being put on the way they put on a neck brace. So I was really inspired by that dream, and we filmed some hospital scenes and were going to intercut it. And it didn't really work for me. It didn't feel like it was in Brady's perspective.

So we decided to have him wake up from that dream. And to take off the bandage, I think, it's just to put the audience right there in the middle of his experience. ... This is what this film is about: There's a dream of a horse and there's a wounded cowboy. And we start the journey from there.

Brady Jandreau: I was participating at the PRCA [Professional Rodeo Cowboys Association] rodeo in Fargo, N.D., and ... I was nearing the whistle and trying to stay on for the eight seconds to get a score, and I come off the side and my foot hung in the stirrup and caused me to swing underneath the horse, and the horse stepped on my head while it was bucking and it pulled me out of the stirrup and it crushed my skull. ...

'The Rider' Offers A Wounding Portrait Of Masculinity In Crisis

'The Rider' Offers An Aching Portrait Of Masculinity In Crisis

Jandreau: I had very long hair at the time, and the step actually didn't puncture my skin that much. It was a small cut. And about 90 percent of the bleeding, if not more, was happening inside my brain cavity. And because of the small puncture, not very much of it was able to come out.

My wound was listed as "contaminated" because it had horse manure and sand and hair and other things in there. I was conscious clear to the hospital, and when I got there they started asking me questions. And I went into a full-body convulsion seizure and they induced coma and did surgery.

On Brady's connection to horses

Jandreau: When a horse connects with you, like I said, there is something it for them, for their health, and I believe also in a relationship with a person. Many horses we save off of kill trucks. There's no legal slaughter of horses in the United States now, but there's still legal slaughter of horses in Canada. So if there's a horse that's never been trained and he's much too wild or much too old for your average trainer to have a go at him, they'll typically sell him and nobody can ride the horse so he typically becomes glue or dog food or whatever, sent to France. And the horse Apollo in the movie is actually one of the horses I actually saved off of a kill truck.

Zhao: I've lived in ... big cities my whole life and I never really thought about [the] connection with animals and nature. ... Just to see somebody so young ... not sitting in front of the computer but actually really, truly connecting with something so wild. And horses [are not] domesticated like dogs but they're also not as wild as lions, so it's almost as close as you can get to nature but still be able to be your friend. To see Brady making that true connection, it makes me feel really good to be a human being.