Accessibility links
Does FBI Raid On Michael Cohen Mean Attorney-Client Privilege Is Dead? President Trump complained that investigators have violated a fundamental part of the legal system, but there are exemptions to the well-known privilege between lawyers and clients. 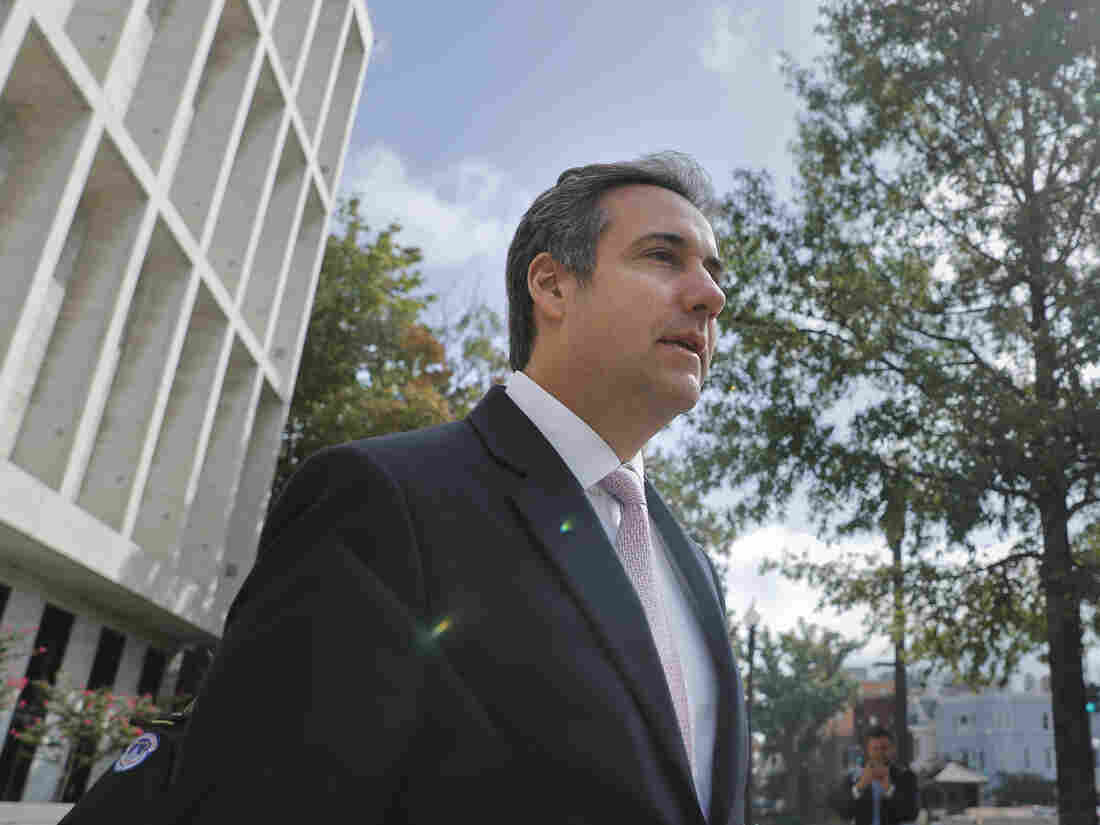 Federal investigators have seized materials from the offices of President Trump's personal attorney, Michael Cohen. Some of them may be protected by attorney-client privilege — but some may not. Pablo Martinez Monsivais/AP hide caption 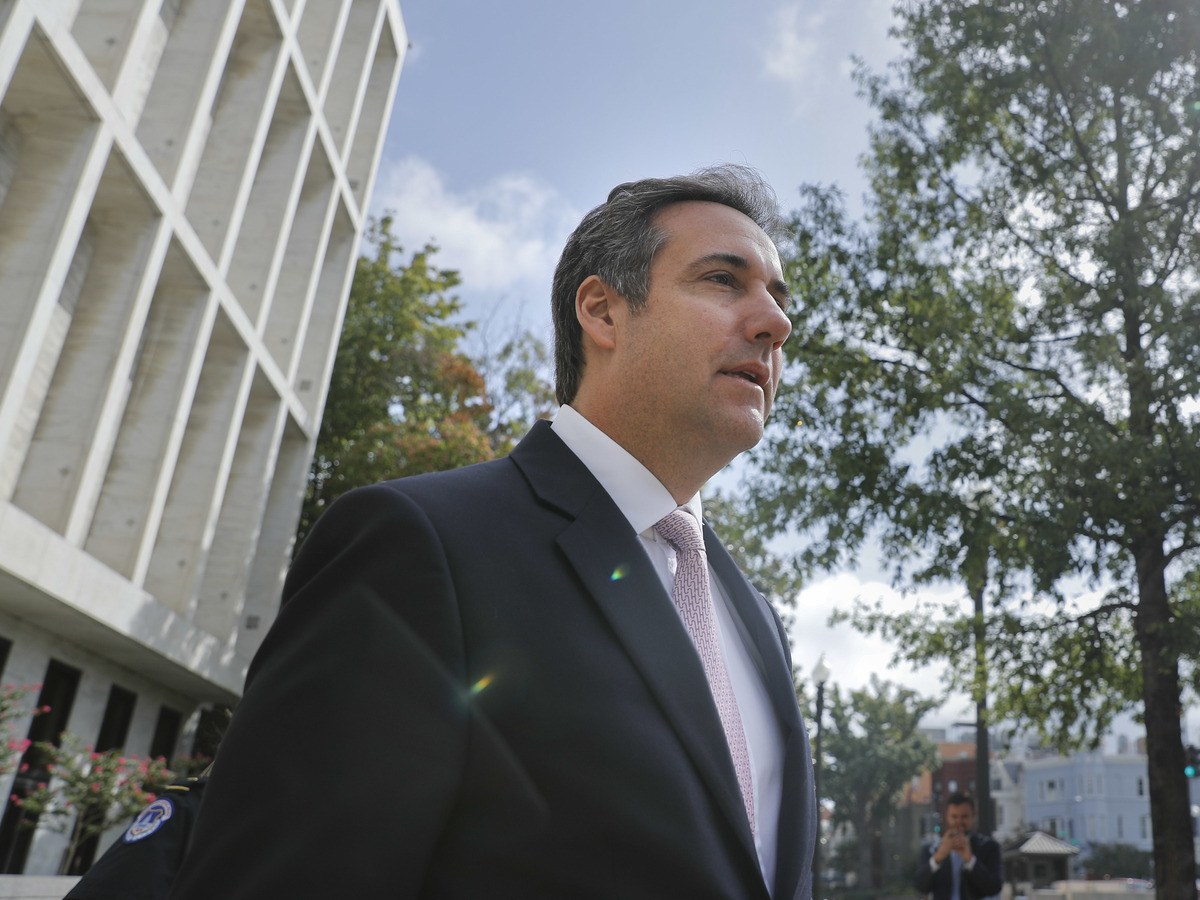 Federal investigators have seized materials from the offices of President Trump's personal attorney, Michael Cohen. Some of them may be protected by attorney-client privilege — but some may not.

Trump lashed out at the Justice Department and special counsel Robert Mueller, telling reporters that "it's a disgraceful situation" and "an attack on our country."

On Tuesday, Trump zeroed in on a particular angle of the raid: the seizure of privileged communications between Cohen and his legal clients, the most prominent of whom, of course, is the president.

The Justice Department's actions are baseless, he complained.

Cohen's own attorney, Stephen Ryan, had emphasized the privilege issue in a statement on Monday, saying the FBI raids "resulted in the unnecessary seizure of protected attorney client communications between a lawyer and his clients." He called the use of search warrants "completely inappropriate and unnecessary."

What is attorney-client privilege? Did the FBI and Justice Department violate it with their actions on Monday?

The privilege means that investigators generally can't access whatever someone says to his or her attorney. The idea is that this encourages a client to get a lawyer and to communicate openly and fully with that lawyer.

"Generally speaking, the relationship between an attorney and client is protected," says Harry Sandick, a former assistant U.S. attorney for the Southern District of New York. "As a society, we value legal advice and the right to get it without someone looking over your shoulder."

But that doesn't mean that attorney-client privilege is a magical blanket that covers any and all scrutiny. It doesn't. There are, in fact, a number of exceptions.

Perhaps the most frequently cited is known as the "crime-fraud exception." Boiled down to the basics, this says that discussions between a lawyer and client about a future crime or fraud are not privileged. Conversations about past crimes, however, are.

So a mafia boss can't send an email to his attorney that says, "I want you to arrange the murder of my enemy" and then keep that email out of evidence in court by citing attorney-client privilege.

Sandick points to a few other notable exceptions. If a lawyer is communicating with a third party, for example, those conversations are not privileged. Or if a lawyer is giving business advice, that is not protected either.

FBI special agents and Justice Department officials could be looking for those kinds of elements in the electronic devices, papers or other materials they seized from Cohen.

"There are lots of things a lawyer might retain that aren't covered by privilege," Sandick says.

What if investigators find material that is not mentioned in their search warrant?

To conduct a search, law enforcement authorities convince a judge why they believe a crime may have been committed and why they expect to find evidence for their investigation in the home or office they want to inspect.

The rules are even trickier for lawyers because of the privilege afforded to the work between them and their clients. That is why Justice Department officials at the highest levels had to approve Monday's activities — Deputy Attorney General Rod Rosenstein reportedly signed off on them personally.

If investigators see something in plain view while executing a search warrant, they can collect it. This gets a little tricky when it comes to electronic files, but there are specific rules governing computer searches, Sandick says.

The general rule, he says, is that if investigators see something of interest beyond the scope of the search warrant when they're looking at electronic files, they may need to go back to a judge and seek a new warrant.

Now, back to the question of attorney-client privilege: If investigators seize privileged materials, such as electronic communications, in a raid, that kicks into gear a special process that creates a "clean team" to review those items.

"This is an independent team, typically comprised of lawyers and investigators, that will review the seized documents for any privileged information," says Michael Moore, a former U.S. attorney for the Middle District of Georgia.

"They will then isolate that information from the regular investigative team. In essence, they wall themselves and the information they find that might be privileged off from the investigation."

The goal is for the clean team to protect a defendant's right to enjoy the privileged communications with an attorney — while the team can see materials protected under the privilege as it goes through the evidence, the lawyers prosecuting the case cannot.

How unusual is a search warrant on an attorney's office?

It's rare but not unheard of. There are, in fact, Justice Department rules that apply to a search of an attorney's office.

They acknowledge that there are times when law enforcement officers will execute a search warrant against an attorney — but the rules say investigators must take the least intrusive approach possible "to avoid impinging on valid attorney-client relationships."

"Consideration should be given to obtaining information from other sources or through the use of a subpoena, unless such efforts could compromise the criminal investigation or prosecution, or could result in the obstruction or destruction of evidence, or would otherwise be ineffective," the rules say.

Because of the sensitivity of these issues and the importance of attorney-client privilege, executing a search warrant like this requires special approval from the Justice Department. DOJ rules specify that applications before a court for a search warrant targeting a practicing lawyer must be signed off on by a U.S. attorney or an assistant attorney general.

Prosecutors also must consult with the Criminal Division at DOJ headquarters in Washington.