Accessibility links
'Rampage' Lowers The Bar On Razing A City "There's something weirdly serene about a film that doesn't try any harder than it must," says critic Chris Klimek.

'Rampage' Lowers The Bar On Razing A City

'Rampage' Lowers The Bar On Razing A City 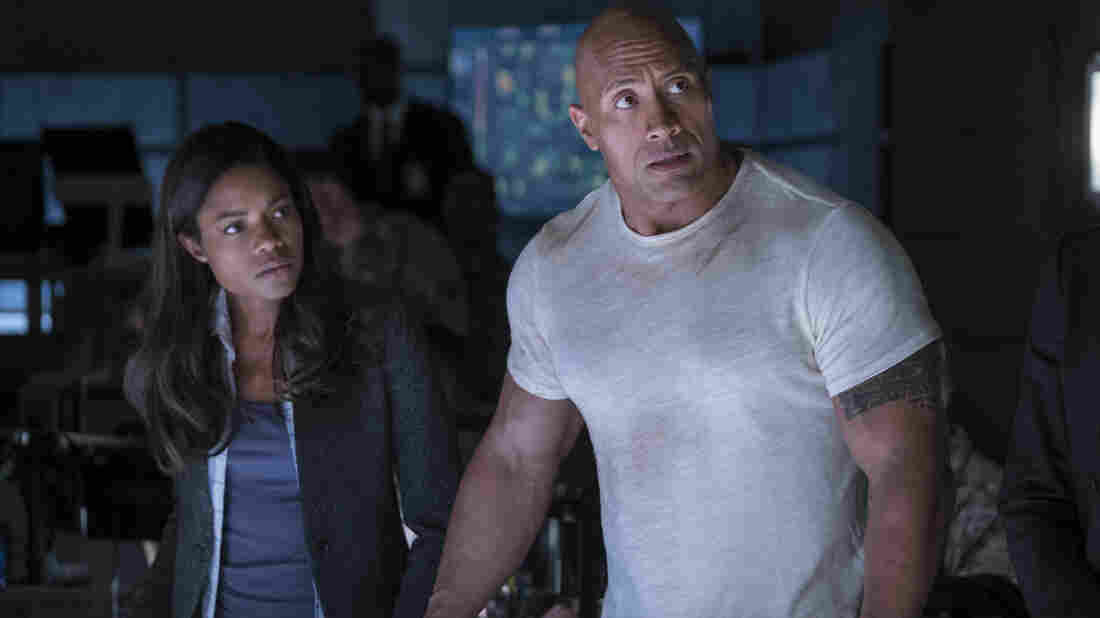 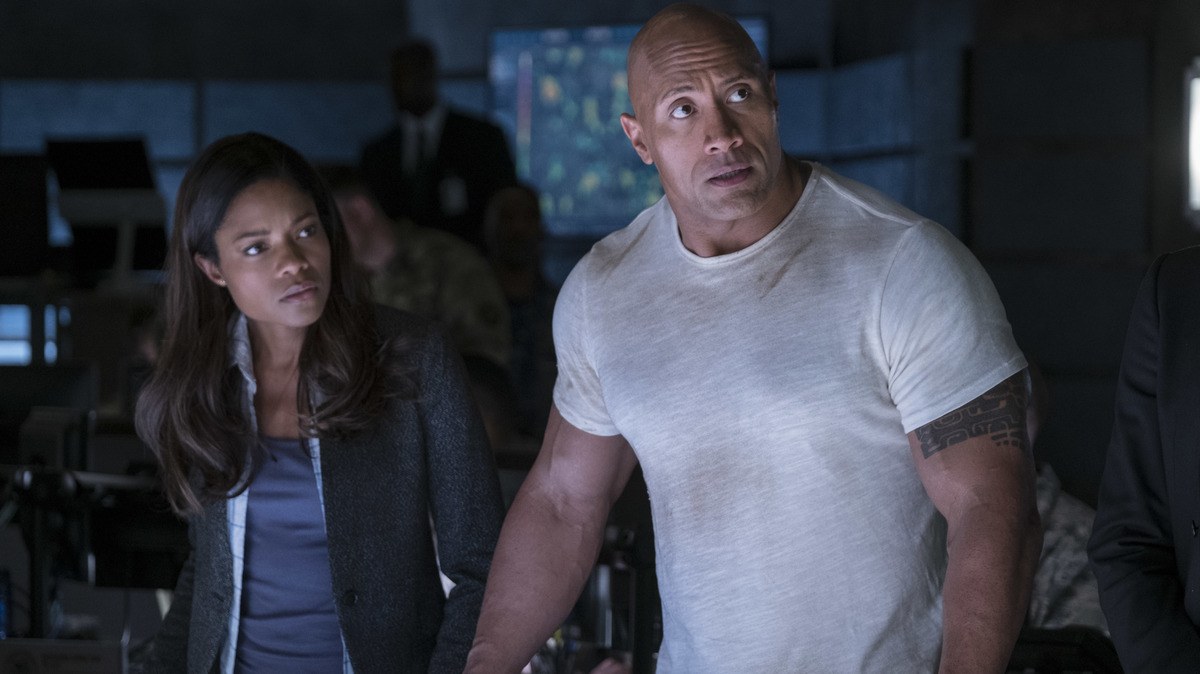 Nearly four months have elapsed since the release of Jumanji: Welcome to the Jungle, the latest two-titled PG-13 blockbuster headlined by Dwayne Johnson. The subject a of recent, glowing Rolling Stone profile that revealed he did not vote in 2016 but does not rule out running for the nation's swole-est office in the future, Johnson has somehow become America's most precious natural resource and its most abundant.

In his latest, Rampage — that's the full title; remarkably, not Rampage: Redemption or Rampage: Ragnarok or Rampage: Sweet Child o' Mine — he takes on nature itself, again, re-teaming with San Andreas director Brad Peyton for another genial, efficient, low-stakes city-razing. There's something weirdly serene about a movie that doesn't try any harder than it must. For a guy who jumps out of bed at 3:30 a.m. to hit the gym and then hits it again after lunch, Johnson's movies are oddly ... lazy?

Who steals a helicopter during a natural disaster.

The name of Johnson's character is Davis Okoye, and I note this because it is clearly the detail on which Rampage's four credited screenwriters have expended the lion's share of their combined intellectual candlepower. No other choice the movie makes has that kind of specificity: It's just your typical mid-budget space-station-crashes-releasing-artificially-engineered-pathogen-into-the-atmosphere-causing-exactly-one-wolf-and-one-crocodile-to-mutate-into-living-WMDs exercise.

Also dosed with that evil enlargement serum is George, whom Davis rescued from poachers when he was just a baby. We learn early on — because P.J. Byrne's beta-male character Nelson, whose only function is to tell us things about the hero, tells us this thing: that Davis Okoye prefers primates to people because the beasts, he says, "get me." He Tarzan, but he also Jane. Goodall, that is.

Anyway, the early scenes of Johnson trading jokes in sign language with his gorilla buddy about the puniness and fragility of sub-275-lb. humans are in fact the most delightful thing in this movie. The part where elite covert primatologist Davis Okoye chokes out a pair of armed military policemen with as much exertion as you or I would expend crumpling a sheet of paper into a ball is pretty sweet, too. There is a 96.3 percent probability that, had Rampage been released in 1994 (back when the video game that inspired it was still less than a decade old), the character of Davis Okoye would have been played by Steven Seagal, but would still have been named Davis Okoye.

Anyway, Davis Okoye is probably the only person in the world who has the incredibly specific skill set required to deal with this particular calamity, so naturally the bastards just won't take his advice. Which is basically this: Ixnay on the apalmnay and let me try to talk some sense into my gorilla best friend.

While two outta three Rampagers are fully digital creations, George is at least partially a motion-capture character performed by Jason Liles. And for what it's worth, he is one charming, intelligent, expressive digital gorilla, the best we've seen since Andy Serkis played King Kong in Peter Jackson's underrated (re)remake.

It's always nice when a movie like this wants to buy an Oscar nominee a vacation home, and Rampage has Moonlight's Naomie Harris on hand as a disgraced (elite) geneticist who teams up with elite primatologist Davis Okoye to try to protect George and to make sure the sibling heads of the biotech firm (Malin Ackerman and Jake Lacy; serpentine and weaselly, respectively) who slipped him that atmospheric mickey are brought to justice.

Jeffrey Dean Morgan has chosen, not unwisely, to make his entire performance a longform sendup of Tommy Lee Jones's Oscar-winning turn as Deputy U.S. Marshal Sam Gerard from The Fugitive 25 years ago. Morgan plays the sort of go-anywhere government operative who never presents any credentials and who works for an agency so secret he can't name it, but walks around with a flashy pearl-handled semiautomatic in a hip holster over his suit and refers to himself in the third person as "this old cowboy." It never gets old! (It gets a little old.) But Morgan does a fine job of the essential task of Reading the Hero's Resume Aloud, marveling at how much of it is "redacted, redacted, redacted." (What, is Johnson embarrassed of The Scorpion King or something?)

In Rampage's press notes, director Peyton reflects upon the mid-1980s source text from which this "film" has been freely "adapted": "The fact that it had so little narrative allowed us to make our own movie, create our own monsters and explore our own themes." Indeed! Rampage is the kind of fearless, discomfiting art that wrestles with our place in the cosmos like Steve Irwin wrestling a crocodile. It is hella-unafraid to ask the hella-big questions, such as What if a wolf were the size of a battleship and could fly, and What if an alligator were the size of a submarine and got mad at the flying wolf? And also some of the slightly smaller ones, like Why is Joe Manganiello only in the movie for five minutes? And Do I really have to say that that's the Willis Tower getting knocked down because everyone I know still calls it the Sears Tower.

Naturally — or unnaturally — these queries are insoluble. These are hard times. But take courage, America: Skyscraper, wherein Johnson reteams with Central Intelligence director Rawson Marshall Thurber to play a former FBI agent trapped in the world's tallest and most high-tech building during a terrorist attack, comes out in three months.