Accessibility links
How LGBT Advocates Scored A Surprising Victory In Alaska Anchorage voters defeated a bill that would have banned transgender people from using bathrooms that correspond with their gender identity. In just six years, Anchorage voters flipped on LGBT issues.

How LGBT Advocates Scored A Surprising Victory In Alaska

How LGBT Advocates Scored A Surprising Victory In Alaska 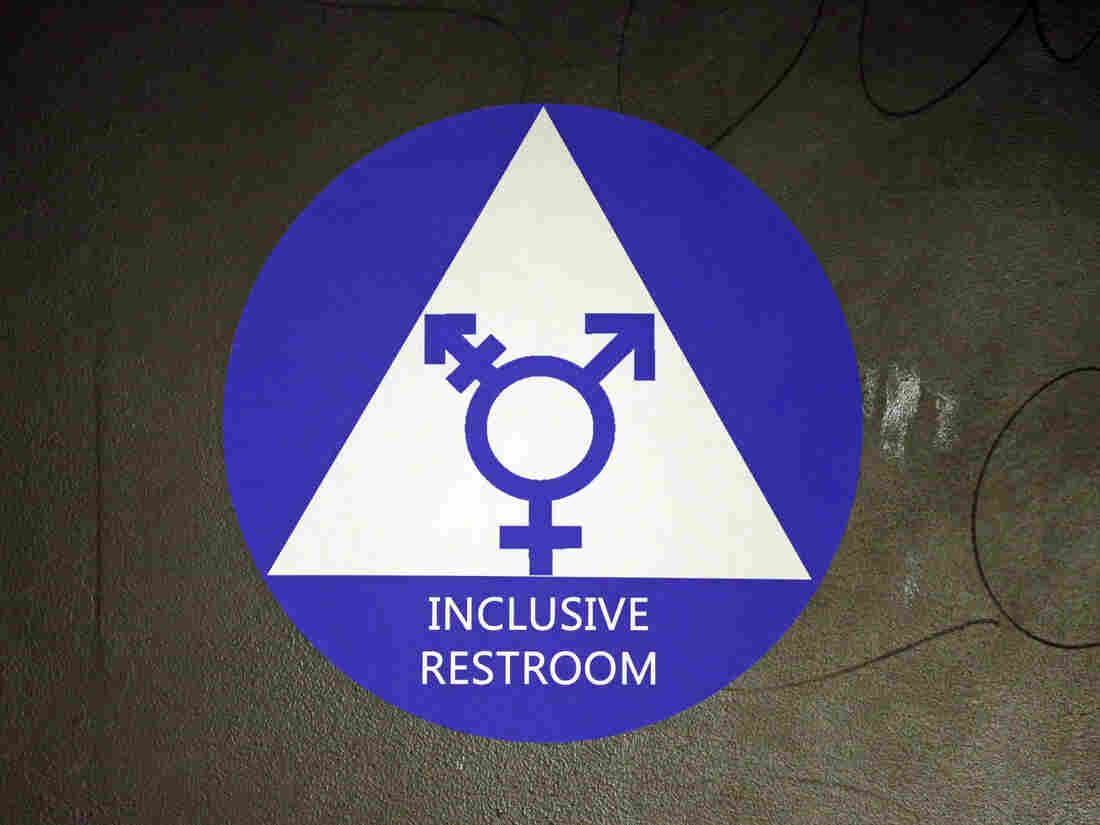 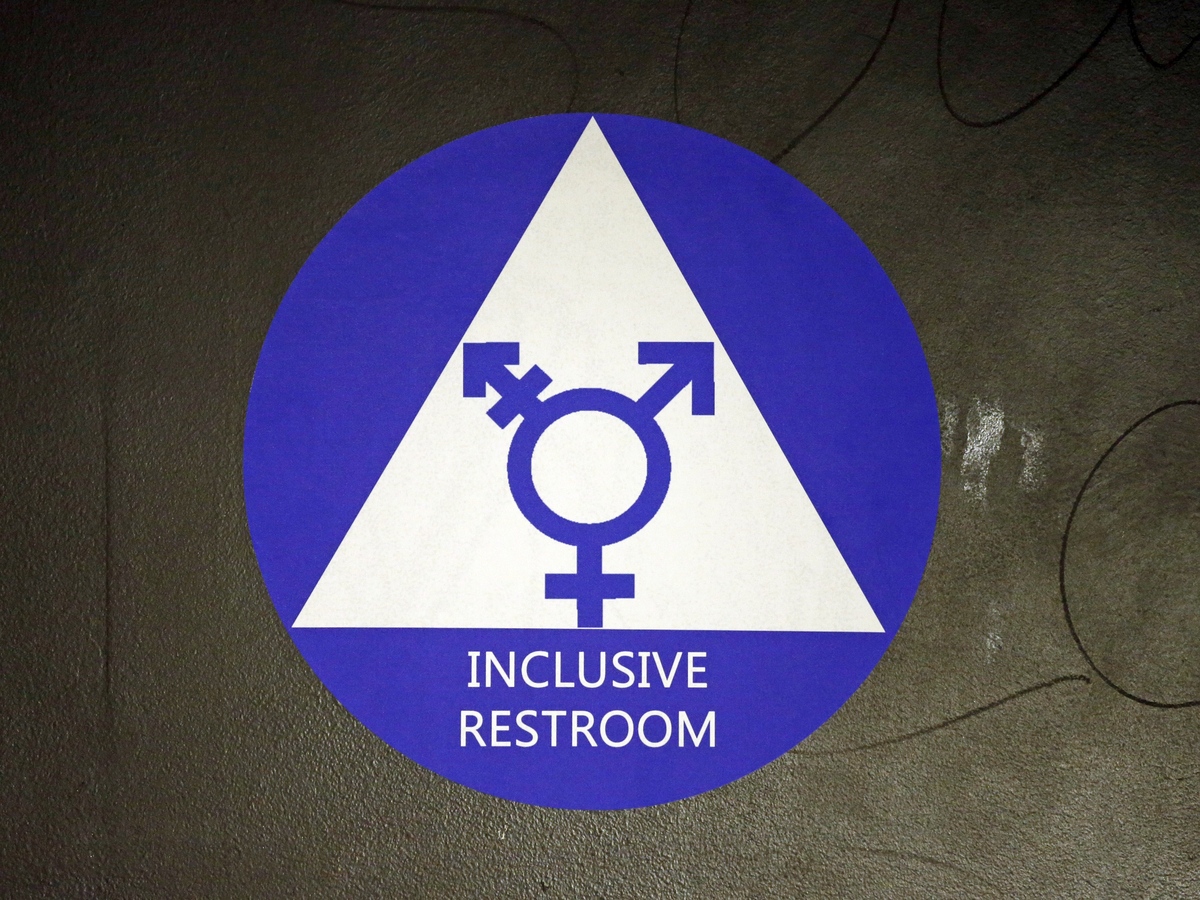 Voters in Anchorage, Alaska, narrowly rejected a controversial proposal last week that would have banned transgender people from using bathrooms that correspond to their gender identity. The "bathroom bill," as it was called, mirrored legislation passed in North Carolina in 2016.

The election result was a surprise to many in Alaska's largest city. It has implications for the upcoming midterm elections in other states and may provide a playbook for similar state-level battles.

The results are a major shift from just six years ago. In 2012 municipal elections, voters rejected a broad equal rights ordinance on the ballot. The same anti-discrimination measures were eventually passed by the city's assembly in 2015. The Prop. 1 effort was a narrowed attempt to repeal some of those expanded protections, and is similar to bills introduced in other state legislatures, as well as two ballot measures that could go before voters in Montana and Massachusetts this November.

In a statement, ACLU of Alaska Executive Director Joshua A. Decker wrote, "For the first time anywhere in our nation a standalone, anti-transgender 'bathroom bill' – Prop. 1 – was defeated at the ballot box." The organization was one of the main opponents of the local measure.

"I would expect the understanding of what happened here to reverberate through the community very quickly, because it really was both a local and national effort here in Anchorage," says Casey Reynolds, spokesperson for the ACLU of Alaska.

Watching the votes being tallied last week in the days following Anchorage's municipal election was tense for resident Lillian Lennon.

"I, of course, was a little nervous because it was like the final count-down," Lennon says of watching the last ballot results tabulated Friday afternoon.

Lennon, a transgender woman, is a field organizer for Fair Anchorage, a group that spent more than a year organizing against what became Proposition 1, the bathroom bill.

To the surprise of many in Anchorage, including some of the campaign's organizers, the measure failed. As of April 9, there were 4,120 more "no" votes than "yes" votes, a little more than 5 percent of the ballots cast.

Lennon attributes the results to a coalition that included civil rights organizations, religious groups, the business community, and moderate Republicans.

"We were able to pull together a really strong trans-centered education campaign," Lennon says. "Really show the lives of trans people and their families."

Others point to the relatively high turnout in the city's first-ever election done by mail-in ballots, with the 78,113 votes cast representing nearly 36 percent of the electorate. Also on the ballot was a popular progressive mayor running for re-election at a time when many on the left are energized by national politics.

But not everyone agrees with that analysis.

"A million dollars buys a lot of confusion," says Jim Minnery, president of Alaska Family Action, a Christian policy advocacy group. Minnery chaired the "Protect Our Privacy" campaign in favor of the bathroom bill. His group was outspent by a margin of more than six to one.

According to campaign disclosures filed with the Alaska Public Offices Commission, Prop. 1 attracted more money than any other item on the Anchorage ballot by far — including the mayor's race. Donations from national progressive groups poured in, including the American Civil Liberties Union, Freedom for All Americans, and Planned Parenthood of the Great Northwest and Hawaii. Bolstered by strong individual contributions, too, Fair Anchorage raised $824,000.

Minnery's campaign raised about $128,004, according to financial reports, and the majority of it's donations came directly from Alaska Family Action in the last month before the election. Going forward, the organization says it will focus on electing a more conservative governor and state house lawmakers this November, in the hopes they will override local policies in Anchorage.

"We're feeling pretty positive about it and just looking forward to another opportunity to bring some common sense back to this issue," Minnery says.

Results are expected to be certified on April 17.