Accessibility links
A Diva Deconstructed In 'Grace Jones: Bloodlight and Bami' Sophie Fiennes' film about the legendary performer "achieve[s] a level of intimacy and candor ... that's uncommon for documentaries about figures who control their images this closely."

A Diva Deconstructed In 'Grace Jones: Bloodlight and Bami'

A Diva Deconstructed In 'Grace Jones: Bloodlight and Bami' 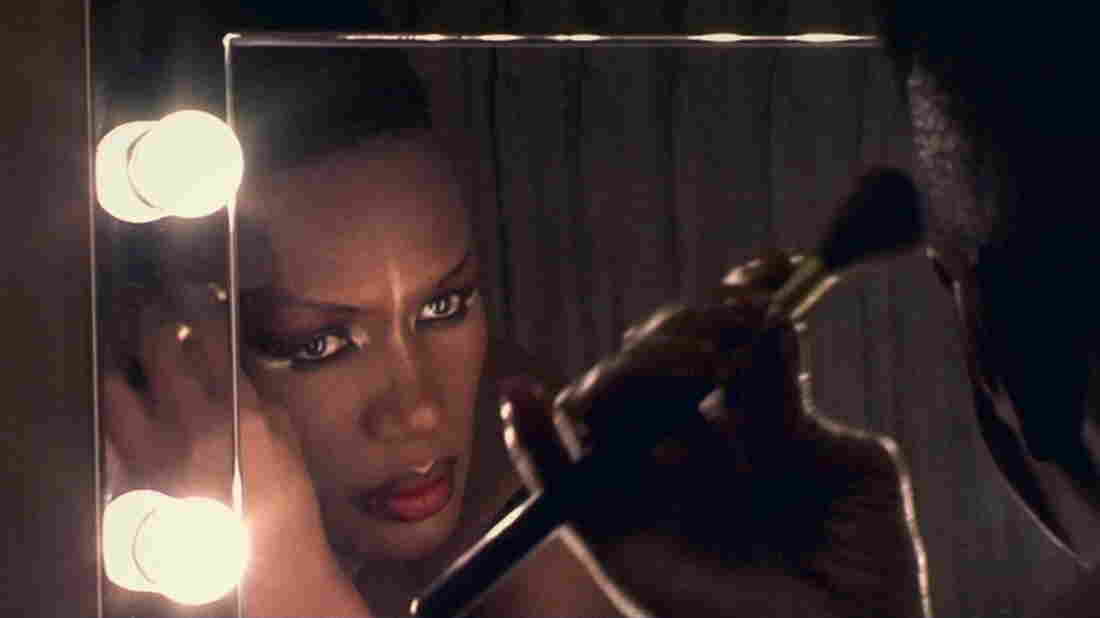 Grace Jones: Bloodlight and Bami is an intimate and personal look at the Jamaican megastar, who became a New Wave icon in the eighties. Kino Lorber hide caption 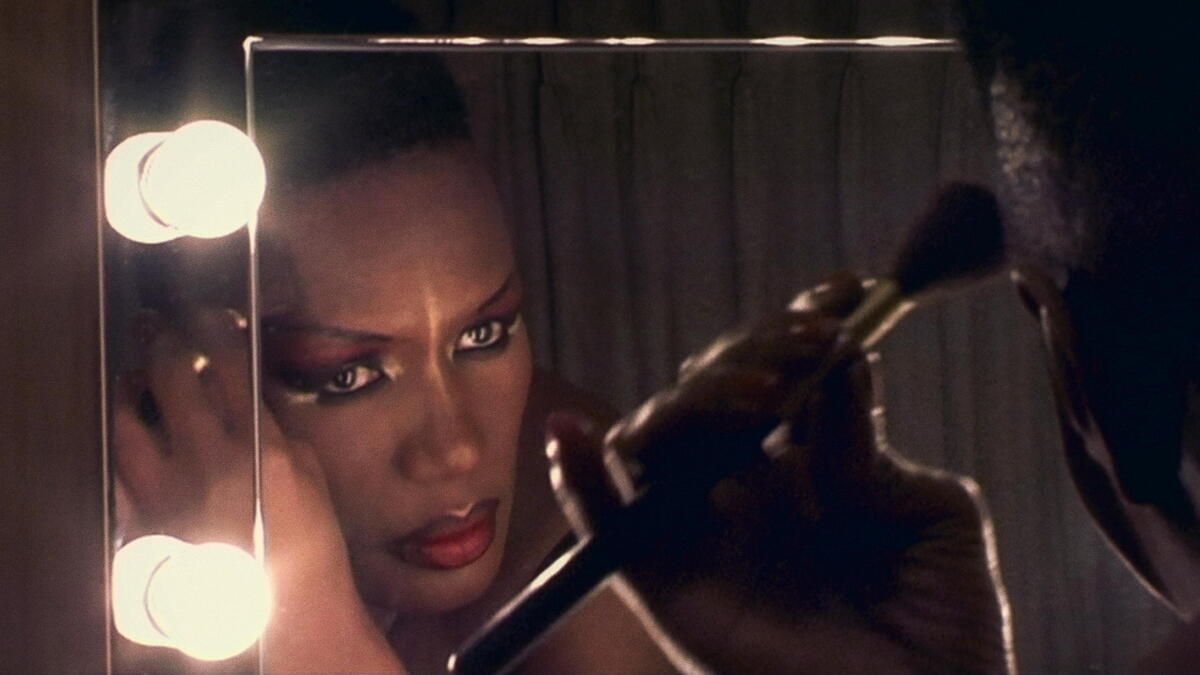 Grace Jones: Bloodlight and Bami is an intimate and personal look at the Jamaican megastar, who became a New Wave icon in the eighties.

There's a sequence in the documentary Grace Jones: Bloodlight and Bami that follows the pop-art icon before, during, and after a pre-recorded TV performance she's giving in front of a studio audience in France. As she makes her way toward the stage in a black corset, high heels, and a lacy purple headdress that masks her eyes — an amusing contrast with the lumpen roadies and stagehands she greets along the way — Jones frets about the possibility of the set being tacky. And sure enough, when she's escorted on stage, she's surrounded by beautiful women in white lingerie, dancing suggestively around high-back wooden chairs. Without saying a word, she performs for the crowd and absolutely kills it, as usual.

Backstage, however, it's another story. Jones unloads on the show's producer, likening herself to "a madam in a whorehouse" and comparing the dance choreography to women strutting around a brothel. The producer accepts the criticism and asks if she wants the dancers removed from the next taping. Jones says yes, but with regrets: "Those poor girls," she says. "They will be so upset with me. They will hate me." Such is the personal cost of artistic integrity: By insisting on a creative environment that meets her standards, Jones will have to make a few enemies. After decades in the spotlight, no doubt those few have become many.

The word for that is "diva."

Among its virtues, Sophie Fiennes' idiosyncratic documentary will make you think twice about what diva means when applied to a performer like Jones, whose longevity has as much to do with carefully managing her own image as capitalizing on the evident gifts of her husky voice and regal cheekbones. As a conceptual artist, she might be compared to musicians like Prince or David Byrne, but because they're men, they're labeled iconoclasts, not divas, and in Bloodlight and Bami, she's often forced to put her foot down to get what she wants. She has a new album she's recording on her own dime, which means that when a session player doesn't show up the studio or a venue host balks at paying for a hotel suite, Jones has to yell into the phone. Otherwise, the show doesn't go on.

Fiennes hasn't constructed Bloodlight and Bami like an ordinary behind-the-music profile, so those nostalgic for Jones' disco glory days are advised to look elsewhere. The past does figure heavily into the film, but only through the lens of the present, as Jones returns to Jamaica, her birthplace, to reconnect with members of her family. It's a joyous occasion for Jones to see her mother, who gets to show off her own vocal formidable range in a church hymn, but she's also haunted by bad memories of her childhood on the island. Her grandmother's second husband, known as "Mas P," was an angry religious zealot who subjected her to sadistic beatings before she finally left Jamaica at 13 to join her parents in upstate New York. Jones attributes her fierceness on stage— and her temperamental behavior off it, too — to his influence, though how much she's internalized his abuse is a mystery the film doesn't endeavor to solve.

Though Fiennes specializes in documentary profiles — she did one on the German painter and sculptor Anselm Kiefer (Over Your Cities Grass Will Grow) and two on the Slovenian philosopher Slavoj Žižek (The Pervert's Guide to Cinema and The Pervert's Guide to Ideology) — she doesn't care much for context or any information that could be gleaned from a Wikipedia page. Consequently, Bloodlight and Bami can feel misshapen and listless, with a two-hour running time that's not only taxing, but a little arbitrary. The electrifying live performance sequences give the film whatever structure it has, but the behind-the-scenes material, shot in grimy video, is unpolished to a fault. Sometimes even fly-on-the-wall footage needs to be swatted.

Yet Fiennes does achieve a level of intimacy and candor with Jones that's uncommon for documentaries about figures who control their images this closely. Where a film like Madonna: Truth or Dare whiffs like an exercise in brand extension, Bloodlight and Bami finds Jones giving herself over to Fiennes in a way she wouldn't to, say, the French producer who turned her stage show into a tacky brothel. Her performances testify to her indomitable presence, but she also gives a piece of herself to the camera, some small window into her soul. It's only fitting that she leaves us wanting more.