Accessibility links
After The Fall: A Cowboy Picks Up The Pieces Of His Former Life In 'The Rider' Filmmaker Chloe Zhao (Songs My Brother Taught Me) tells the sensitive and searching tale of a young cowboy (Brady Jandreau) confronting his uncertain future. 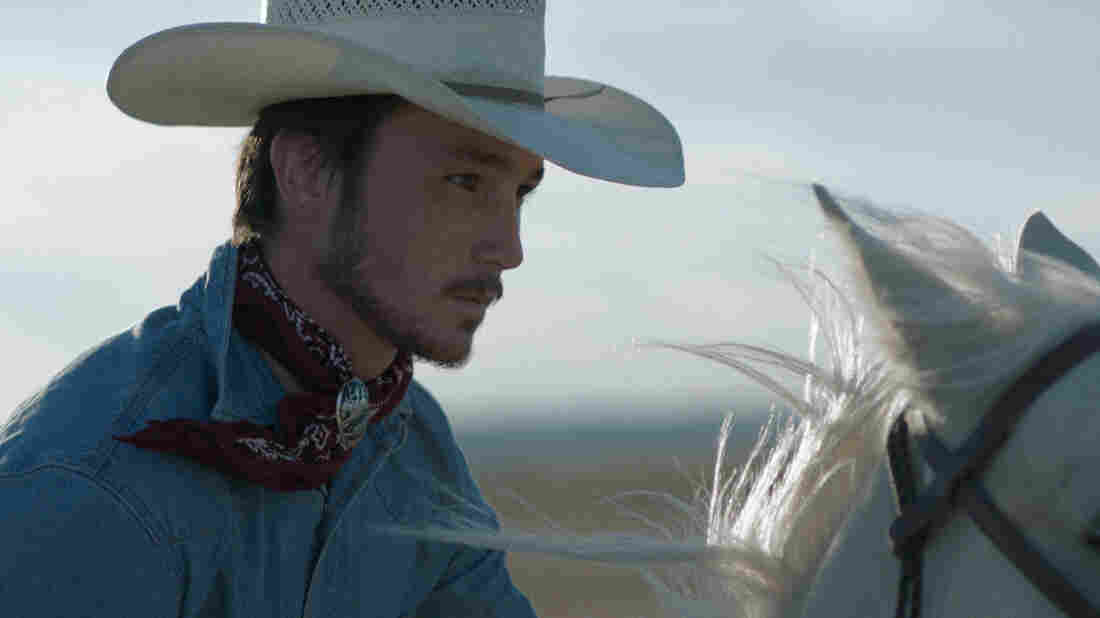 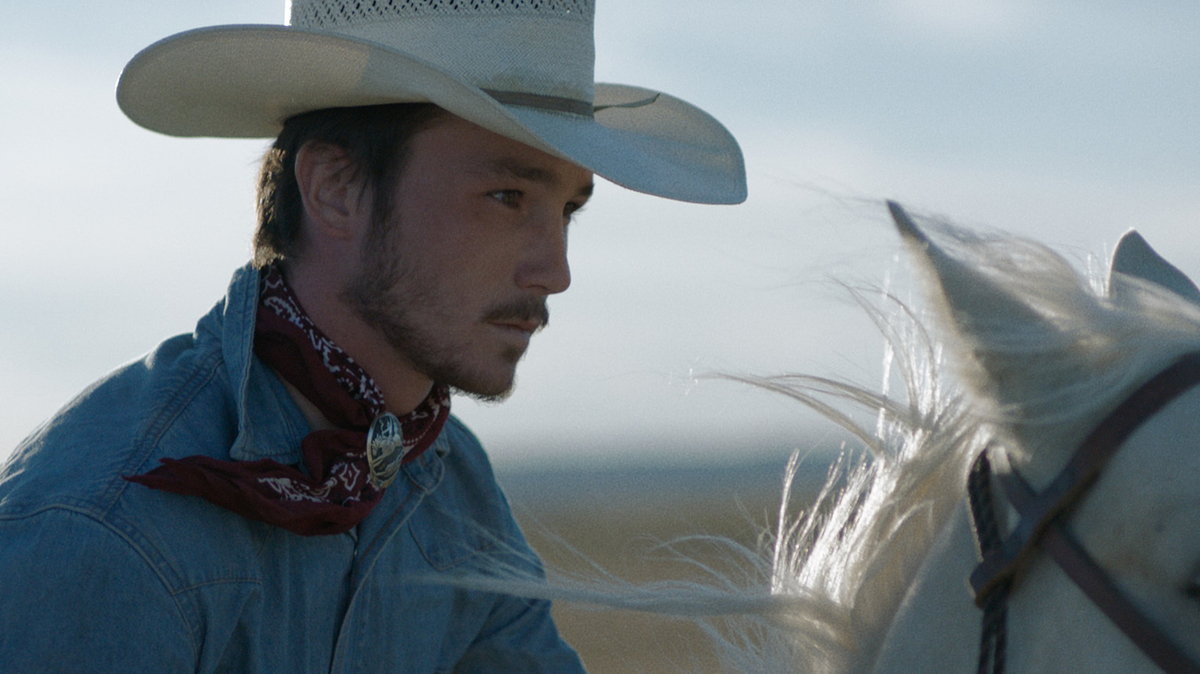 In writer/director Chloe Zhao's The Rider, Brady (Brady Jandreau) is forced to rethink his life after a traumatic rodeo accident.

That's how long a rodeo cowboy has to stay on a bucking bronco to complete his ride. In writer/director Chloe Zhao's gorgeous and heartbeakingly humane new movie The Rider, she shows us how one such cowboy made it through those eight seconds — only to have his entire life transformed by what happened one second later.

Brady (Brady Jandreau) is a horse-trainer and rodeo rider who lives for the excitement of the competition: the music blaring, the crowd roaring, the horses bucking as riders hold on for dear life. He still gets an adrenaline rush every time he gets near a rodeo corral. But when we meet him, he's been watching from the sidelines for some time.

A freak riding accident left him in a coma for three days. Now he has a metal plate in his head and orders from his doctor never to ride again, lest his seizures get even worse.

That's a little like telling Brady not to breathe. The South Dakotan is 21 years old, and has been training horses since he was eight. When his dad decides to sell their horse Gus, it's like he's losing a member of the family.

And that's one of many losses. Brady's mother died just before his rodeo accident, and his best pal Lane (Lane Scott) has been grievously injured riding a rodeo bull. Look at the fringes of the frame and you'll see men on crutches, and one cowpoke with a hook for a hand. Theirs is not an easy life. Small wonder Brady and his buddies spend so much time sitting around campfires smoking weed, praying, and strumming guitars. Their conversation around the fire is strewn with Lakota phrases, as these cowboys are Native American. They wear feathers tucked into their Stetsons to honor their ancestry.

But when Brady's astride a horse — pretty much the only place he feels alive — he looks like something Madison Avenue could have served up to White America in the 1960s: a Marlboro man straight from Central Casting.

There's a lot of overlap between the story we're seeing — that of young Brady Blackburn — and the story of the guy who's playing him, Brady Jandreau. That scar on his head, and the plate in his skull — they're real. So is the TV footage we see of Brady being thrown from his horse, not to mention the question of where he goes from here.

Filmmaker Zhao met Brady before his accident, and fashioned the film's story from its aftermath. Many other filmmakers who blend fiction and fact in this way would emphasize the documentary aspects. Zhao instead conjures the look and feel of classic westerns: the wide open prairies, the sky for stretching days, the majestic sunsets.

And always at the center, this wounded cowboy, who is so gentle with horses — even ones who are crazy skittish.

In one scene, we watch Brady hold out his hand for a nervous horse to inspect. Pause. He sidles closer. Pause. He moves back when the horse steps toward him, and approaches when the horse pulls back. It's a slow dance — and it gets results: This horse that no one could approach is soon allowing Brady to put one arm over its back. And then to throw his leg up and over. And then, finally, to ride.

Brady is just as attuned to the feelings of his best friend Lane, who's in rehab after being paralyzed in a far worse accident. As you watch the raw emotion overcoming these two young men's cowboy reserve, it'll be tough to keep your eyes from brimming. But as wrenching as The Rider can be at times, it's also suspenseful and beautiful — a modern-day Western with a hero who's a real discovery. There's a reason it took the Cannes' Directors' Fortnight Award — it's an exhilarating ride.