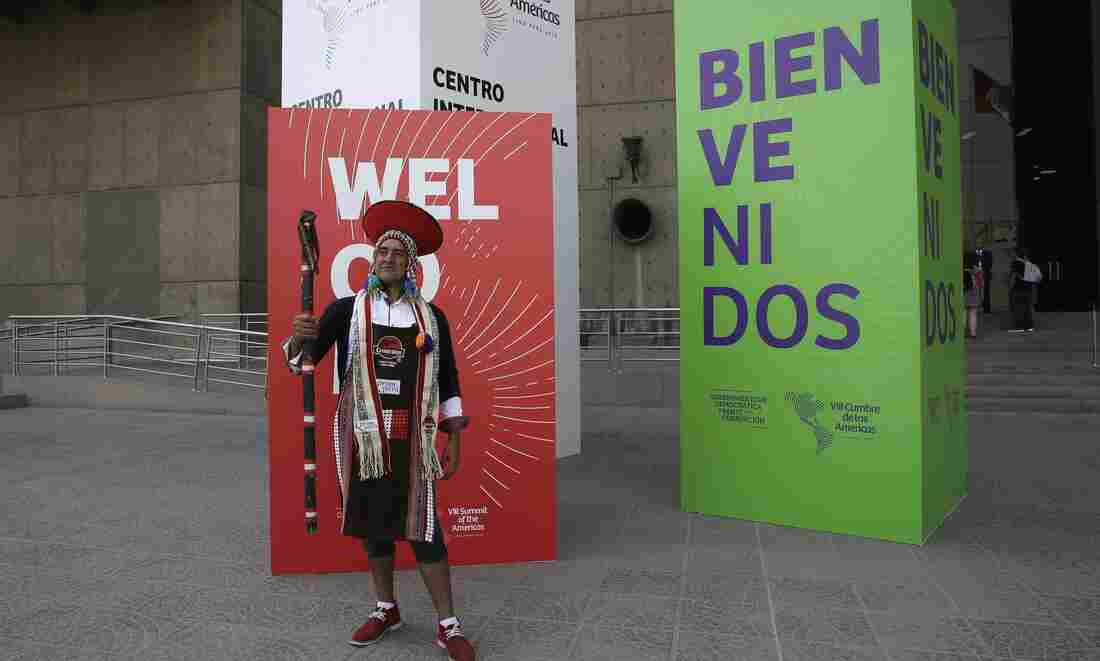 The Summit of the Americas in Lima, Peru, begins on Friday. President Trump will not attend as initially planned; Vice President Pence will go in his place. Martin Mejia/AP hide caption 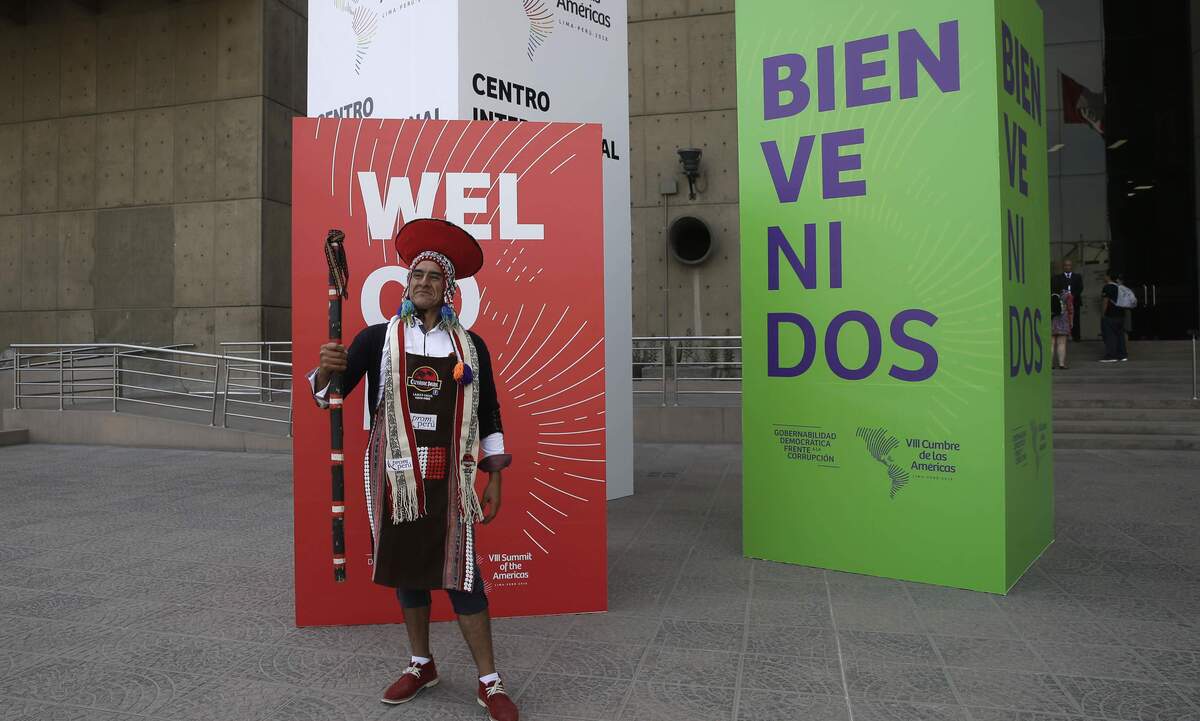 The Summit of the Americas in Lima, Peru, begins on Friday. President Trump will not attend as initially planned; Vice President Pence will go in his place.

President Trump was scheduled to travel to Lima, Peru, this weekend for the Summit of the Americas, which brings together leaders from throughout the Western Hemisphere. But the White House announced Tuesday that Trump would remain in the U.S. to oversee the American response to a suspected chemical weapons attack in Syria.

The announcement that the president would skip the trip came a day after federal agents searched the office of Trump's longtime personal attorney, Michael Cohen. The summit was likely to be awkward for Trump in any case.

1. America First
Aides say the president planned to deliver a sales pitch for the United States as a preferred economic partner, encouraging other countries in the hemisphere to do business with the U.S. rather than "external state actors" such as China.

That would have been a tough sell.

The United States' popularity in Latin America has dropped sharply since Trump took office. A Gallup poll found just 16 percent of the region's residents approve of the president's performance. Trump has accused immigrants from Mexico and Central America of bringing crime and drugs to the U.S. He's talked of militarizing the border. And his former secretary of state, Rex Tillerson, recently defended the two-century-old Monroe Doctrine, which is seen in much of the hemisphere as a outdated vestige of Yankee imperialism.

How A Guatemalan Village's Fortunes Rose And Fell With U.S. Migration And Deportation

While many Latin American countries want to do business with the U.S., they're reluctant to turn their backs on China, which is a major trading partner for Brazil, Chile and Peru.

"Latin Americans are much more independent, much more interconnected globally," said Michael Shifter, president of the Inter-American Dialogue. "I think if the U.S. puts them in the position of saying, 'Either you deal with us or you deal with China,' that's going to create real problems and even deepen the resentments in Latin America. They want to deal with both."

2. Mexico and NAFTA
The summit would have been a rare occasion for Trump to meet face-to-face with Mexican President Enrique Peña-Nieto, with whom he's had a tense relationship.

Peña-Nieto has insisted that Mexico will not pay for Trump's controversial border wall, despite Trump's campaign promises. And in a toughly worded video last week, the Mexican leader vowed he would not sacrifice Mexico's dignity to for the sake of soothing Trump's frustrations.

The U.S., Mexico, and Canada are in the midst of renegotiating the North American Free Trade Agreement. Trump has long complained that deal super-charged the U.S. trade deficit with Mexico, which topped $64 billion last year. "NAFTA was a horrible deal," Trump said this week. "We're fairly close on NAFTA, and if we don't make the right deal we'll terminate NAFTA and we'll make the right deal after that."

There had been some expectation that an agreement in principle on a revised trade deal might be announced during the summit. But Trump said last week he told negotiators not to rush it.

3. Venezuela
The political and economic crisis in Venezuela is expected to be a dominant theme at the summit. The U.S. and other critics have blasted upcoming elections in Venezuela as a sham. And Venezuelan President Nicolas Maduro has been barred from attending the summit. Faced with hyperinflation and an economy in free-fall, hundreds of thousands of Venezuelans have fled to neighboring countries like Colombia. The U.S. has imposed economic sanctions on Venezuelan officials but has stopped short of blocking oil shipments.

4. Corruption
The formal theme of the summit is combating corruption. But that's an awkward message in Peru, where a president suspected of corruption was forced from office less than a month ago.

"Peru has had five presidents since I lived there in the late '80s," Shifter said. "And all of them have either been convicted, accused, or under investigation for corruption."

President Trump has been under scrutiny at home over ethics. At least five of his past or present Cabinet secretaries have been criticized for alleged ethics violations, and the president himself is being sued over possible conflicts of interest.

In addition, this week, the Associated Press reported that lawyers for the Trump Organization tried to enlist the help of Panama's president in a court battle over management of a former Trump hotel. Panama's foreign secretary said, "I don't believe the executive branch has a position to take while the issue is in the judicial process."

Trump retains ownership of his family business, although he's turned day-to-day management over to his sons.

5. Distractions back home
Even if the president had gone to South America, he would not have been able to escape the drip, drip, drip of news back home. In addition to Monday's raid on his longtime attorney's office, Trump is bracing for the publication next week of former FBI Director James Comey's book. Trump was scheduled to be in the air Sunday night, when ABC will broadcast Comey's first interview about the book with George Stephanopoulos. Now the president can watch (and tweet about) the interview from the comfort of home.