Accessibility links
Pop Culture Happy Hour: 'Antiques Roadshow' To talk about the PBS institution that celebrates used crap and how much it may or may not be worth, we're joined by the host of NPR's Bullseye — and lifelong used-crap devotee — Jesse Thorn. 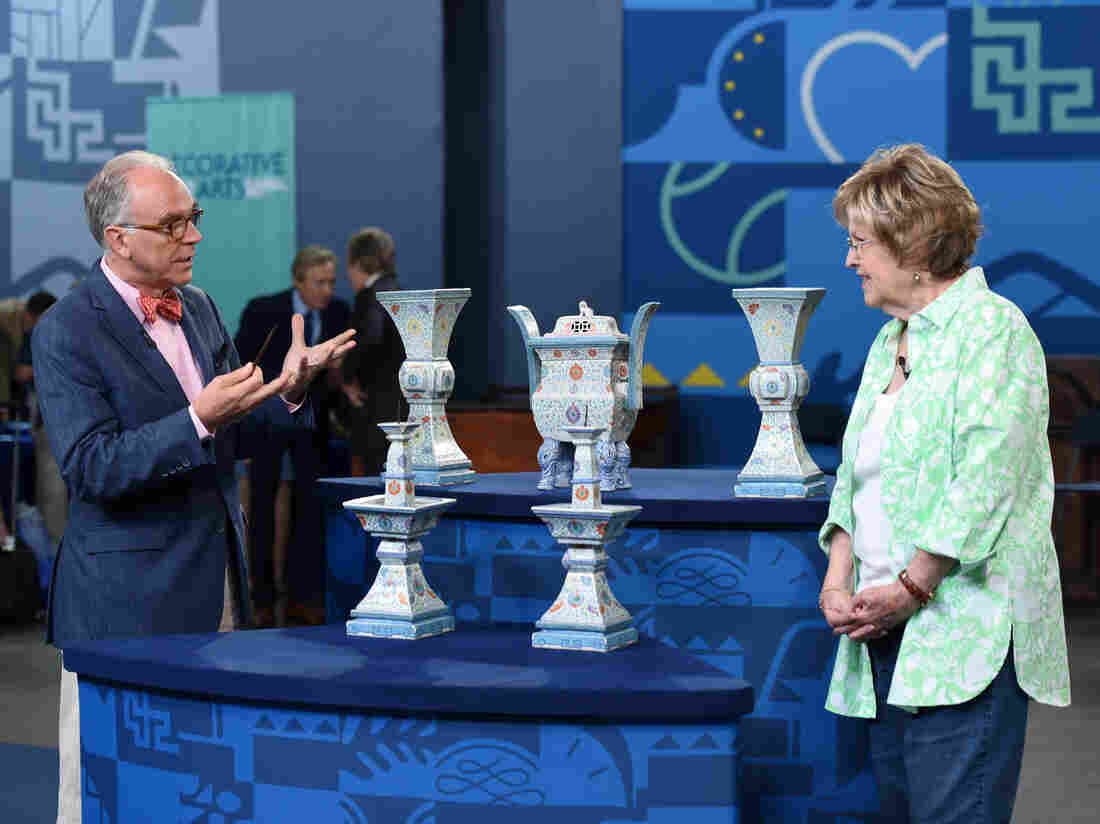 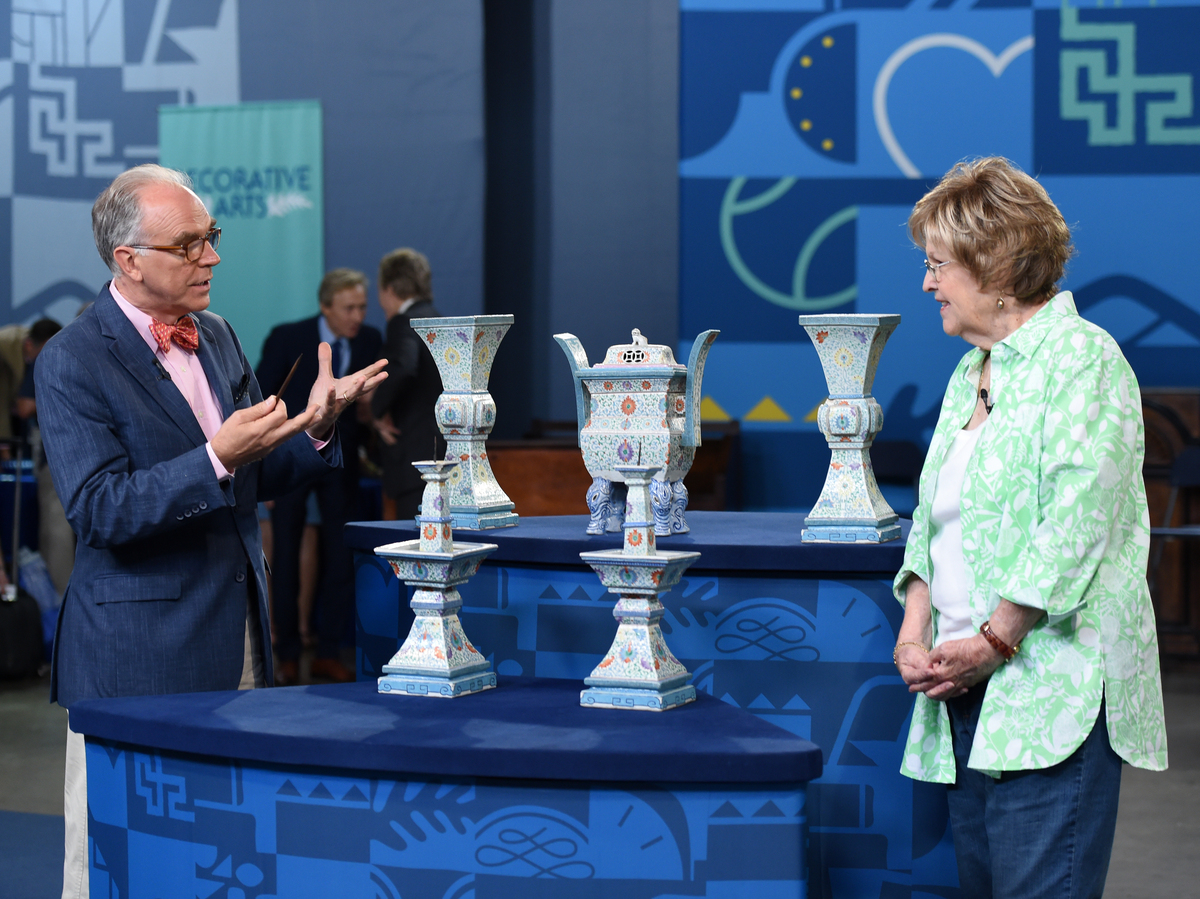 That's it — that's when we knew. We had barely even introduced this week's fourth chair — charming host of NPR's Bullseye and podcast network mogul Jesse Thorn — when he volunteered how excited he was to discuss the venerable and venerated PBS staple Antiques Roadshow. If you know and love Jesse's smooth, sardonic persona from his show or his podcasts, you'll probably enjoy hearing him wax fanboy-passionate about objects that have a story — and about this very odd, and oddly appealing show.

We thought about talking about Antiques Roadshow for years — but we knew Jesse was the right guy to talk about it with, and we think you'll agree.

It's a wide-ranging conversation that hits on lots of stuff: The cult of the show's experts, the ephemeral nature of how much a given object is worth, the autodidactic nature of Flea Market People, the clarity and pleasantness of Fiona Bruce, and what might explain the show's longevity.

As for What's Making Us Happy This Week: Stephen finds occasion to celebrate the work and still-not-deadishness of the great Tom Lehrer. I got thematically appropriate, with the stunning Alan Bennett monologue Hand of God, which is all about antiques and features Eileen Atkins sniffily dismissing the show we just spent 20 minutes deconstructing. Jesse's pick is about as un-Alan-Bennett-monologue as it gets: a 1993 video of San Francisco horrorcore rapper Dre Dog (Andre Nickatina) that's raw, and local and kind of terrifying; Linda loved Molly Ringwald's wise, nuanced, well-written essay looking back at John Hughes films.

Also? Not for nothing? Jesse's Maximum Fun podcast network is seriously great.