Accessibility links
'Talking About Heaven': John Prine Proves That Old Trees Grow Stronger The venerated songwriter discusses learning to love his voice and how years of scribbled lyrics on yellow legal pads became The Tree of Forgiveness, his first album of new material in over a decade. 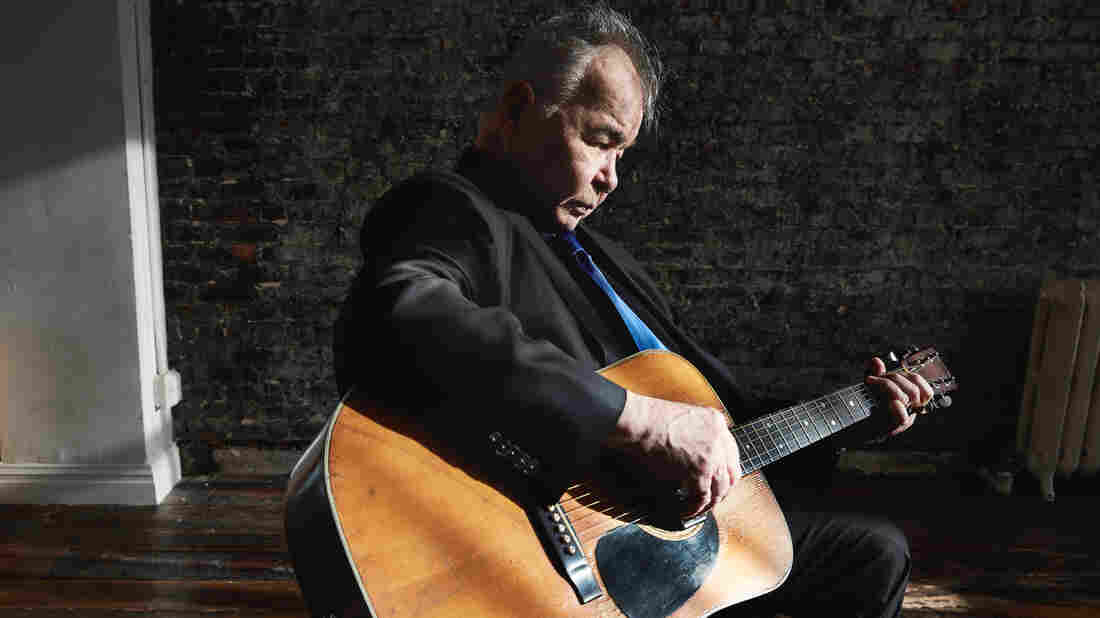 "It sounds like a friend now instead of an enemy," John Prine says of his singing voice. Danny Clinch/Courtesy of the artist hide caption 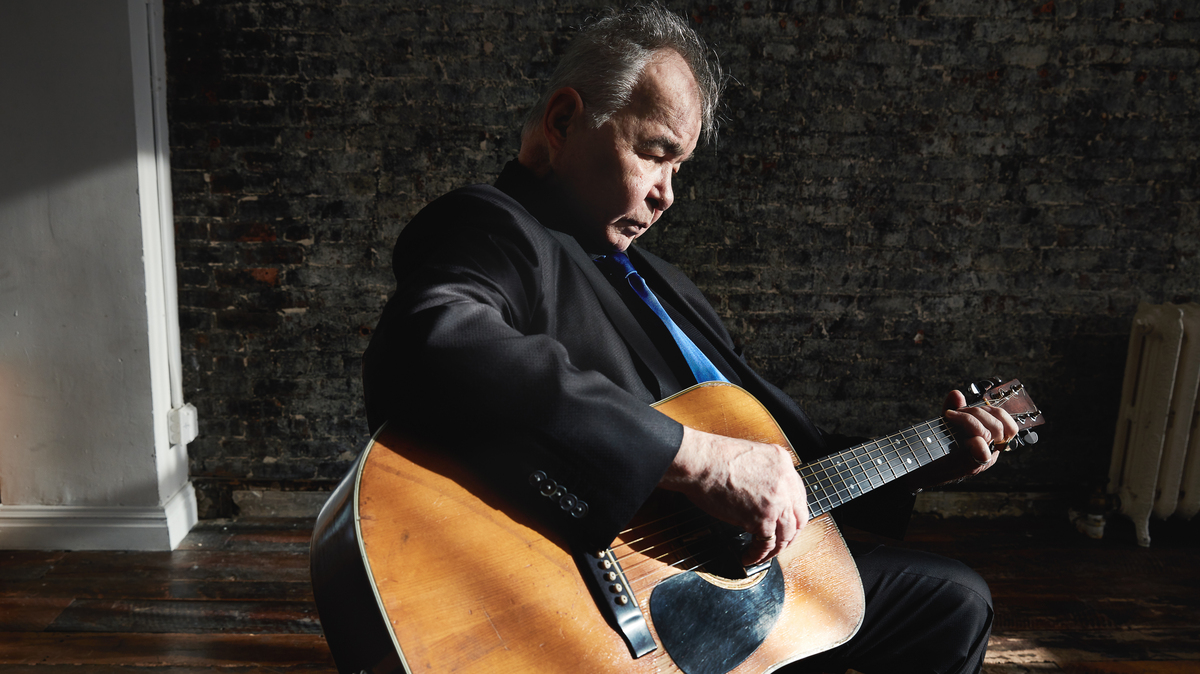 "It sounds like a friend now instead of an enemy," John Prine says of his singing voice.

John Prine never really liked his singing voice. "The only reason I figured out I didn't like my old records to listen was I could hear how nervous I was, and how uncomfortable I was," the venerated musician says. "And who would want to sit around and listen to yourself being uncomfortable?"

Today, Prine is releasing The Tree of Forgiveness, his first album of new material in 13 years, to an audience that spans generations.

The gravelly timbre he has on the album isn't something Prine gradually aged into: In the mid-1990s, he underwent treatment for neck cancer. He's made his peace with the results. "I think I've finally, after 72 years, gotten used to my voice, and it sounds like a friend now instead of an enemy," Prine says. "I sound like that old guy down the street that doesn't chase you out of his apple tree."

The songs that became The Tree of Forgiveness started their lives jotted down in pieces and parts on yellow legal pads. Prine finally finished several of them at a downtown Nashville hotel last summer; anyone who'd been there when he arrived for his weeklong stay would have reason to remember him.

"I looked like Howard Hughes checking in. I had like twelve boxes and four guitars and a ukulele," he says, laughing.

Prine has a perfectly nice house in Nashville, but his wife and manager Fiona Whelan Prine and son and label head Jody Whelan decided the singer-songwriter would be more productive if they booked him a suite. "They know that I work better out of a hotel, after 45 years on the road," he says.

There was a time, in the late '60s, when Prine got some of his best writing done while delivering mail in Chicago. It didn't occur to him that other people would like the funny little songs he came up with, but "Sam Stone," "Paradise" and "Hello In There" became folk-country classics.

Those songs have had a profound influence on songwriters half his age; Jason Isbell is among them. Isbell grew up with Prine's albums, and insists that it's still a big deal to him to share the stage with the elder artist.

"I love hearing him sing, still. I still can't listen to 'Hello in There' without cracking up and getting a tear," Isbell says. "It still happens every time. And it's been probably 100 times that I've heard him play it live now."

Isbell and Prine both live in Nashville. Prine was making his home there by the early '80s, where he started his own independent label, Oh Boy Records, and got accustomed to a footloose lifestyle. A decade later, his outlook changed drastically, when he married for a third time and became a family man. 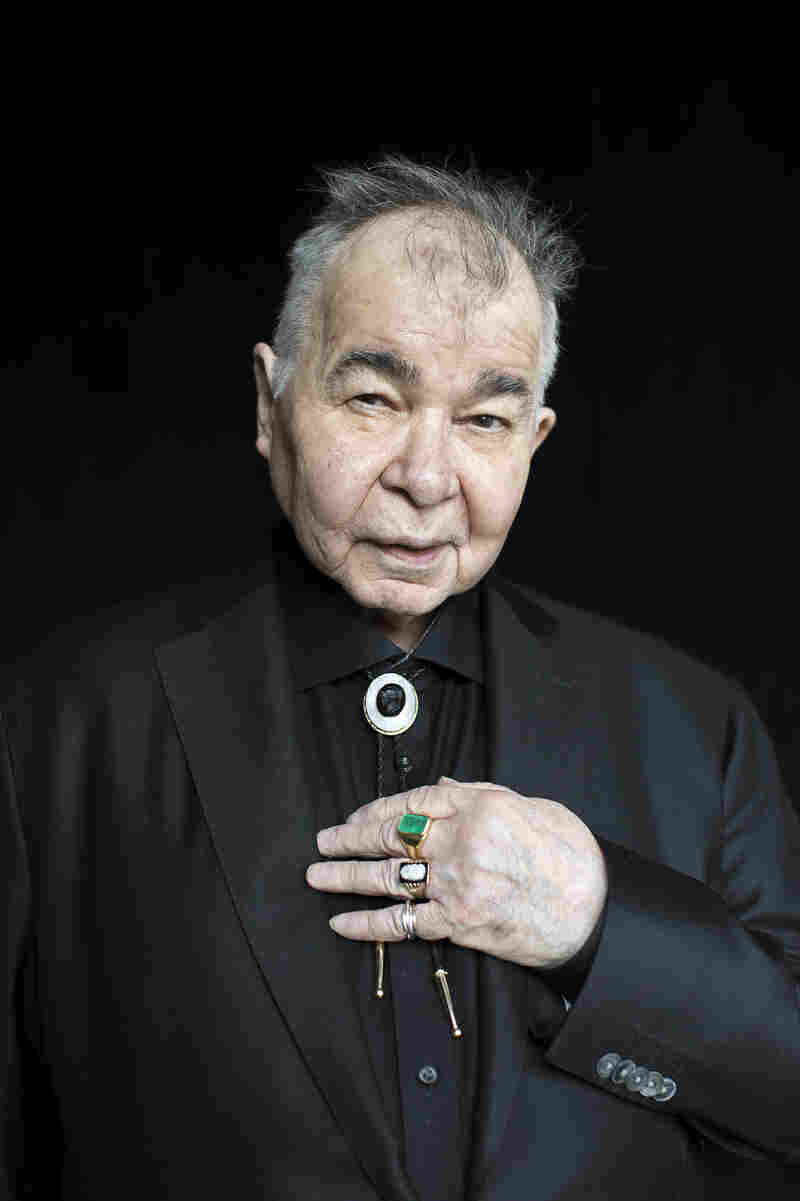 "I thought I was grounded. I thought from my kinda blue-collar outlook on life that I would call myself a grounded person. I was not," Prine says of that time. "I was like a balloon flying around in the air. And as soon as our first child was born, boom, my feet came right down to the ground. And I found out that I knew a lot about songwriting, but not a lot about anything else. [For] everything else, I just kind of used my imagination."

Prine contemplated retirement after he lost his manager and friend of 43 years, the late Al Bunetta. Instead, he decided to put his son and wife in charge of the business.

"I'm a wife, and I'm very protective of his time and of making sure that he gets his rest," Fiona says. "And then I'm also his manager and I'm pushing him: 'No, John, I really think we need to do this.' That can be difficult, but I think we do OK. That fact that we've been together so long, I think, helps. We're not afraid of each other at this point, so we can push and shove and be OK at the end of the day."

I was like a balloon flying around in the air. And as soon as our first child was born, boom, my feet came right down to the ground. And I found out that I knew a lot about songwriting, but not a lot about anything else.

Jody says they resorted to gentle trickery to get Prine back in the studio. They'd spring it on him that the sessions were already booked, and that gave him the nudge he needed. "It happened to work out twice in a row where, for better or worse, we said, 'Let's do a couple of songs and see how it goes.' And it ended up being great," Jody says.

Some days, the whole family accompanied Prine to the studio. His grandson even made it onto the song "When I Get to Heaven," giggling in the background.

"He's giggling 'cause his dad is chasing him around the room," Prine laughs. "And if you listen really carefully, you can hear Jody go, 'Don't break anything expensive,' and I start laughing. That was going on while we were cutting that song, but we had such a good cut that we didn't want to take it off there. To hear a kid, a baby, giggling when you're talking about heaven — it all kinda made sense, you know?"

Ironically, that bit of childlike ambiance arrives amid lyrics about smoking, drinking and kissing pretty girls. Leave it to John Prine to envision a heaven where he could resume his favorite bad habits; somber meditations on mortality just aren't his style.

"My sense of humor has saved me more than a couple of times in my life," Prine says. "If I can make myself laugh about something that I should be crying about, that's pretty good."