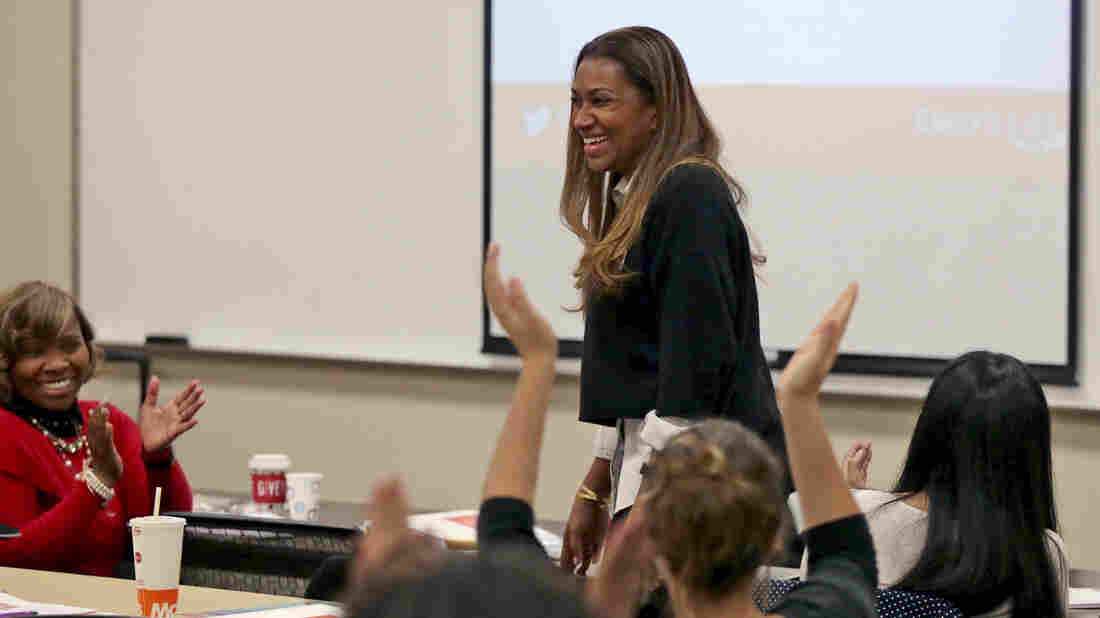 Letitia Plummer, a Houston dentist and candidate for Congress to represent Texas District 22, is applauded during a women's candidate training workshop at El Centro College in Dallas in December. LM Otero/AP hide caption 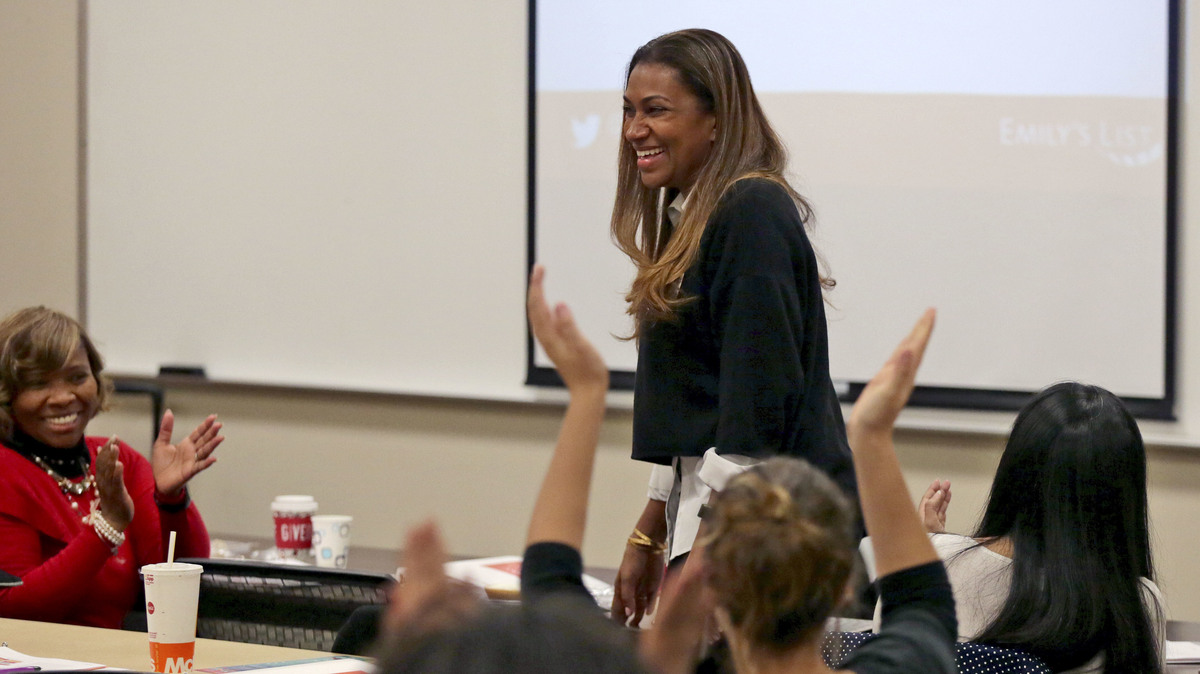 Letitia Plummer, a Houston dentist and candidate for Congress to represent Texas District 22, is applauded during a women's candidate training workshop at El Centro College in Dallas in December.

That wave of women candidates has sent the share of candidates who are women skyrocketing...to 22 percent.

The finding complicates the story line that 2018 is a record-breaking year for women candidates. Altogether, women make up 21.9 percent of the House candidates in the 29 states that had filed as of April 6, compared to 15.9 percent in 2016 in those states. That's still a sizable jump, but it's also a much more muted increase than the raw numbers would suggest.

According to Dittmar, there are two currents at work here: one about party, and one about gender.

"The pink wave is blue. It's really about the fact that there's more Democrats running this year," she said. "[But] even among Democrats, women have increased their numbers of candidacies more than their male counterparts. So there is a piece of this that is distinctive to women, and particularly Democratic women."

Voters do see women and men candidates differently, and those differences may give women an advantage in November — women tend to communicate the idea of change to voters more than men do, as strategists told NPR in March, and women tend to fare better than men on the topic of health care, which is an important campaign issue this year.

Democratic women candidates have additional reason for optimism, as Democrats are far more likely than Republicans to believe that electing more women would improve the country.

The number of women running for the Senate was 29, shy of the record of 40 (set in 2016) but still set to grow as more candidates file in more states. There is a good chance that there will be a record number of woman-vs.-woman general election match-ups in Senate races, as researchers at the University of Minnesota found in March. The record is three in one year.

Dittmar thinks that all the talk of the surge in women candidates, while true, also may lead people to expect a much larger surge in wins for women in November than is likely.

Women make up around 51 percent of Americans. To reach that proportion in Congress, far more women would have to run, Dittmar said.

"If we want to see significant gains for women in office, to get much closer to parity, we're going to have to get closer to parity in the number of candidates," Dittmar said.

And that won't happen quickly.

"The gains that we all, at least those of us who do women politics, want to see for women in politics — those gains are going to be a long game," she added. "They aren't going to happen in one election."