Accessibility links
Atlantic Ocean Current Slows Down To 1,000-Year Low, Studies Show The Atlantic meridional overturning circulation — the conveyor belt of the ocean — is slowing down. Scientists disagree about what's behind it, but say it could mean bad news for the climate. 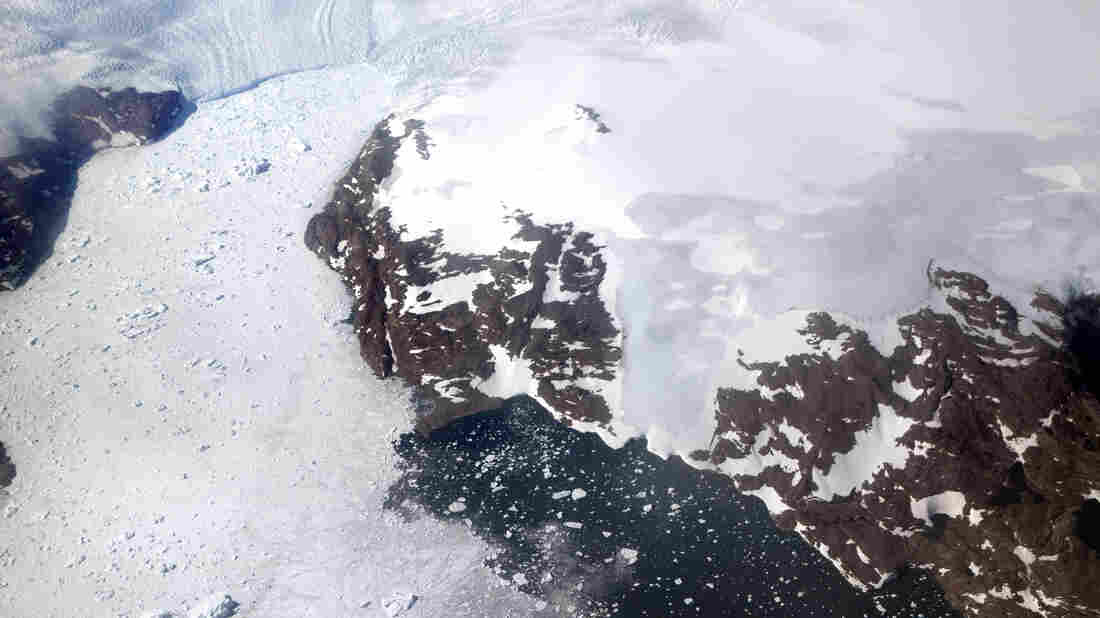 The Greenland ice sheet, the second largest body of ice in the world which covers roughly 80 percent of the country, has been melting and its glaciers retreating at an accelerated pace in recent years due to warmer temperatures. David Goldman/AP hide caption 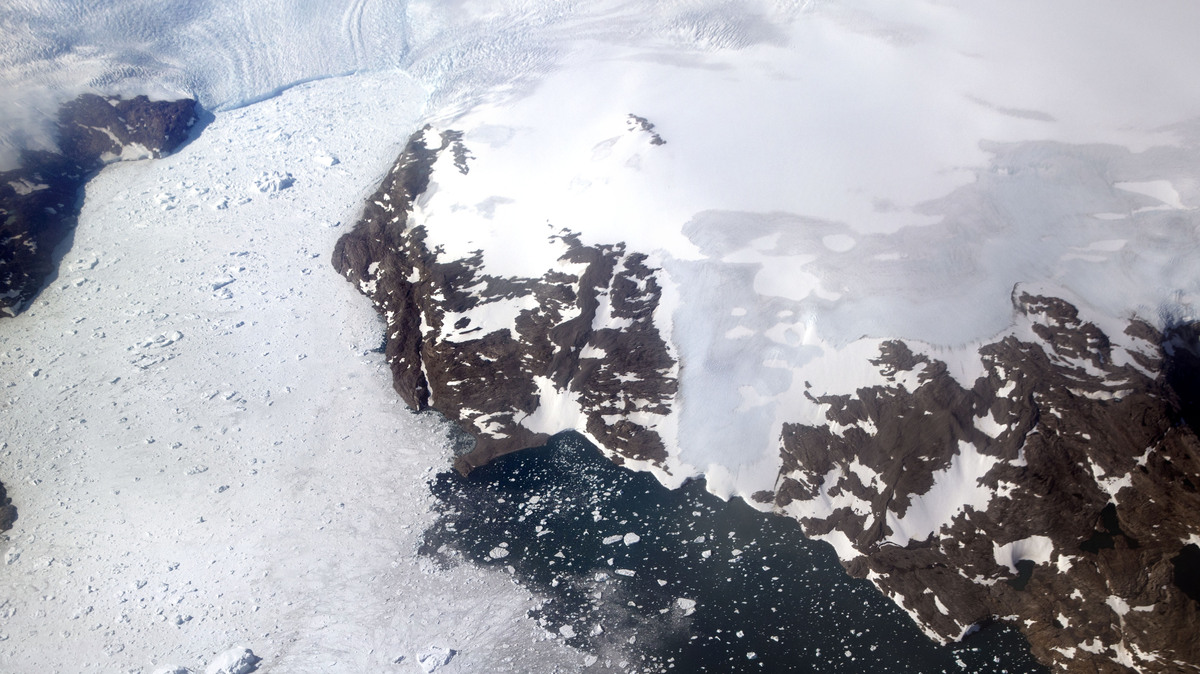 The Greenland ice sheet, the second largest body of ice in the world which covers roughly 80 percent of the country, has been melting and its glaciers retreating at an accelerated pace in recent years due to warmer temperatures.

An Atlantic Ocean current that helps regulate the global climate has reached an 1,000-year low, according to two new studies in the journal Nature.

While scientists disagree about what's behind the sluggish ocean current, the shift could mean bad news for the climate. The Atlantic Meridional overturning circulation [AMOC] – often called the conveyor belt of the ocean – exchanges warm water from the equator with cold water in the Arctic.

"The last 100 years has been its lowest point for the last few thousand years," Jon Robson, a researcher at the University of Reading and one of the study's authors, told The Washington Post. "These two new papers do point strongly to the fact that the overturning has probably weakened over the last 150 years."

The AMOC "plays a key role in the distribution of heat" across the Earth, but that is being disrupted by melting ice, particularly from Greenland, causing larger volumes of freshwater to flow through the oceans, says David Thornalley, a geologist at University College London and the lead author of one of the new studies.

"A key part of the overturning circulation, this AMOC, is the formation of dense water," he tells Here & Now's Lisa Mullins. "The problem is that freshwater isn't very dense and it stops you forming those dense waters."

Meltwater from the Greenland ice sheet is lighter and floats on the surface, disrupting the ocean's circulation, research recent shows.

Some scientists are concerned the influx of freshwater could cause the current to shut down altogether. This was the premise of the 2004 film, The Day After Tomorrow, but Thornalley says the impact of the slowdown likely won't be as catastrophic as depicted in the film.

Scientists are worried about the AMOC shutting down "because evidence from the past suggests that it actually did happen during the last ice age, and it is possible that it could happen in the future, although at the moment we consider it very unlikely," he says.

The challenge for scientists is to monitor when the AMOC may reach a tipping point when the system can't recover quickly.

"What we don't really know is: Are we close to one of those tipping points where runaway processes could suddenly allow the mark to weaken much quicker than it has been doing?" Thornally says.

As the system weakens, scientists are observing "a kind of surprising response to global warming, where you can actually get regional cooling in parts of the globe," climate scientist Max Holmes told NPR in 2006.

In the study led by Thornalley, researchers collected ocean sediment and measured the size of the grains to determine how the strength of the current has changed. Larger grains mean a faster flowing current.

"You can think about a mountain stream and how that stuff is often associated with boulders and rocks because there's a lot of energy to move those boulders; whereas if you think about sort of the sluggish Mississippi, that's a muddy bottomed river," he says.

The other study examined the pattern of ocean temperatures, which researchers concluded has contributed to pockets of record warm and record cold right next to one another.

While there is an ongoing dispute about what is causing the slowdown, scientists agree that it could have a dramatic impact on ocean ecosystems, such as coral reefs and deep-sea sponge grounds.

"These delicate ecosystems rely on ocean currents to supply their food and disperse their offspring," Prof Murray Roberts, who co-ordinates the Atlas project at the University of Edinburgh, told BBC News. "Ocean currents are like highways spreading larvae throughout the ocean, and we know these ecosystems have been really sensitive to past changes in the Earth's climate."

"The only thing we really can do is obviously try and prevent global warming because that's the root cause of why we think it's weakening now with increasing temperatures," he says.