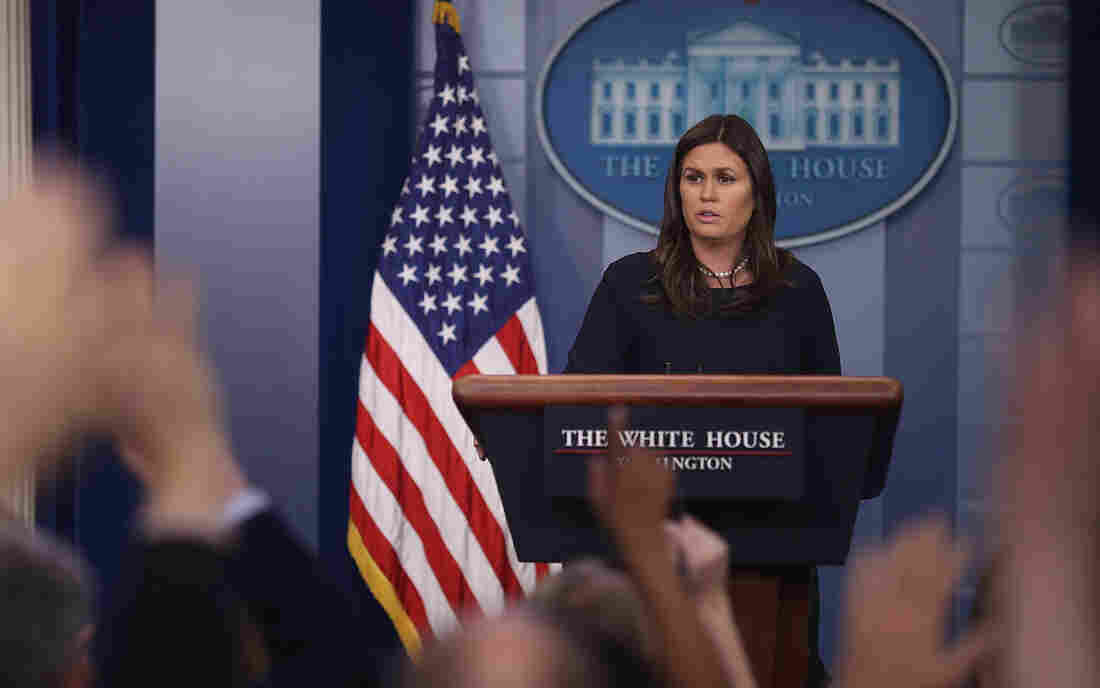 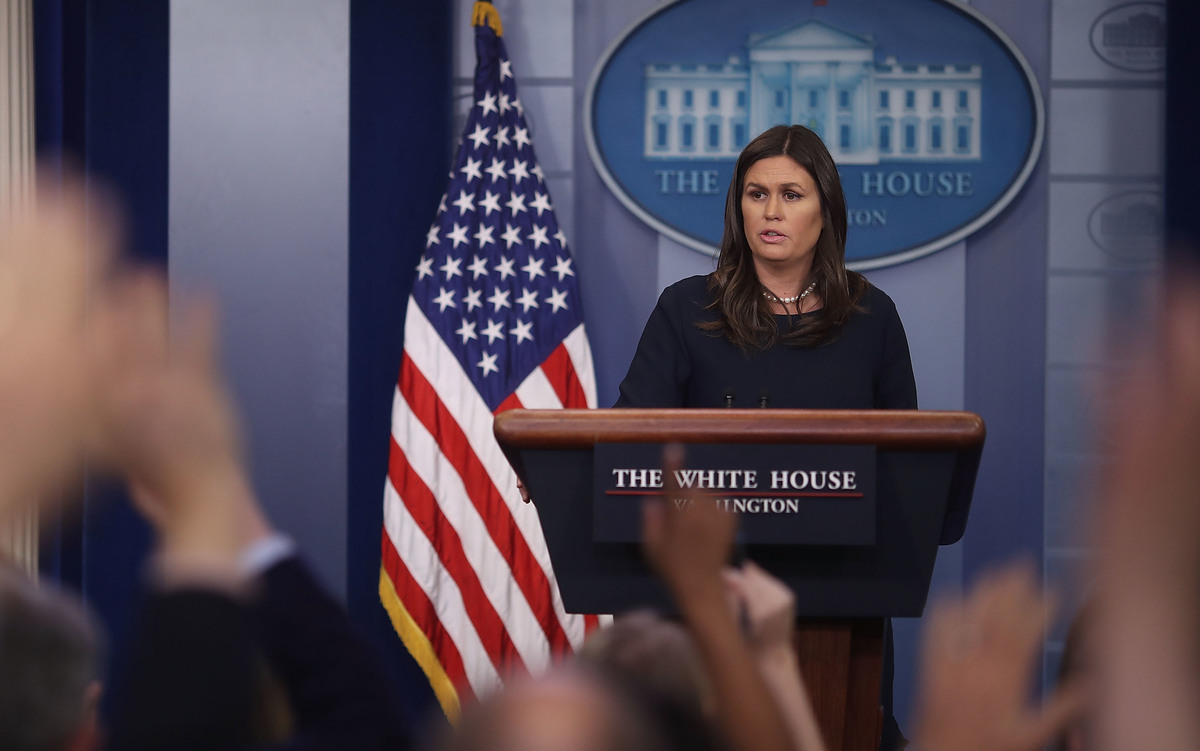 The White House sought to discredit James Comey ahead of the release of his memoir next week, lashing out at the former FBI director in deeply personal terms on Friday.

Calling Comey a "disgraced partisan hack," White House spokeswoman Sarah Sanders told reporters that the American people would be able to see through the "lies" in Comey's book, which offers a scathing assessment of President Trump.

"This is nothing more than a poorly executed PR stunt by Comey to desperately rehabilitate his tattered reputation," Sanders said at a briefing.

Comey's book, A Higher Loyalty: Truth, Lies, and Leadership, is set to officially be released next week, but details about the memoir began to leak on Thursday.

In the memoir, Comey discusses the circumstances surrounding his dismissal from the Trump administration in May 2017. He describes Trump as "unethical, and untethered to truth and institutional values."

Asked to describe what the White House felt Comey was lying about, Sanders said he had given differing accounts for why he handled the FBI investigation of Hillary Clinton's email server the way he did and about whether he had felt pressure to end any probes.

Earlier on Friday, Trump also tried to knock down Comey's book and defended his decision to fire him. He tweeted that Comey was a "proven LEAKER & LIAR" and a "slime ball."

James Comey is a proven LEAKER & LIAR. Virtually everyone in Washington thought he should be fired for the terrible job he did-until he was, in fact, fired. He leaked CLASSIFIED information, for which he should be prosecuted. He lied to Congress under OATH. He is a weak and.....

....untruthful slime ball who was, as time has proven, a terrible Director of the FBI. His handling of the Crooked Hillary Clinton case, and the events surrounding it, will go down as one of the worst “botch jobs” of history. It was my great honor to fire James Comey!

This is not the first time that the White House has worked to undercut an unflattering book. In January, Michael Wolff's White House exposé, Fire and Fury, painted a picture of a dysfunctional executive branch and raised questions about Trump's fitness for office.

At that time, White House spokeswoman Stephanie Grisham said in statement that the book should be "sold in the bargain fiction section."

Sanders used similar language against Comey's book on Friday, saying he was "peddling a book that belongs in the bargain bin of the fiction section."