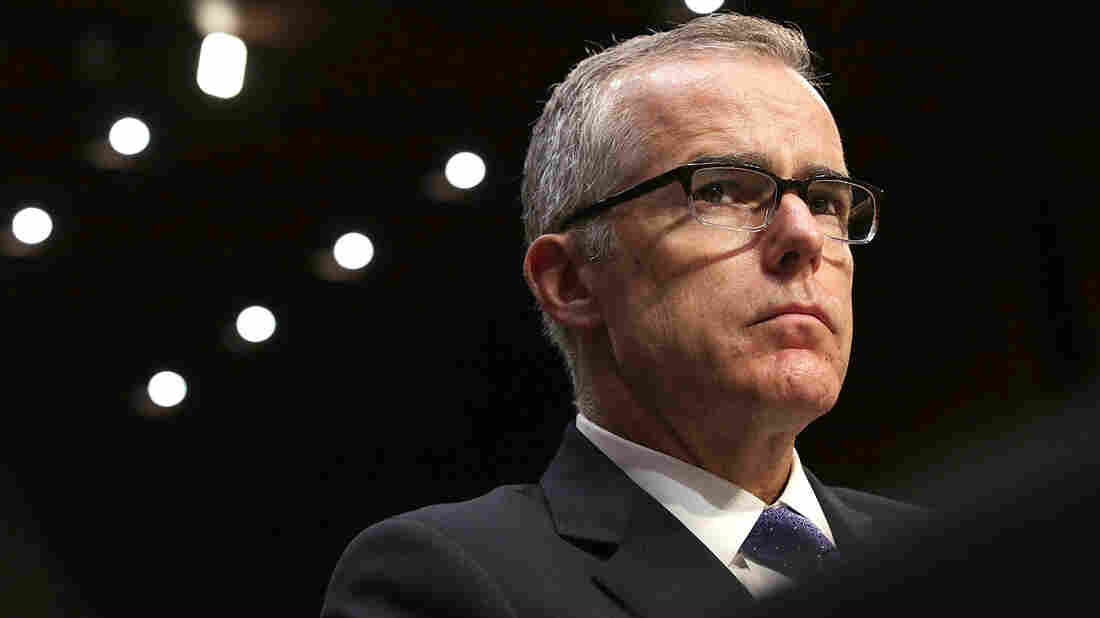 Former Deputy FBI Director Andrew McCabe is faulted in an inspector general's report for overstepping his authority and a "lack of candor" in explaining himself. Alex Wong/Getty Images hide caption 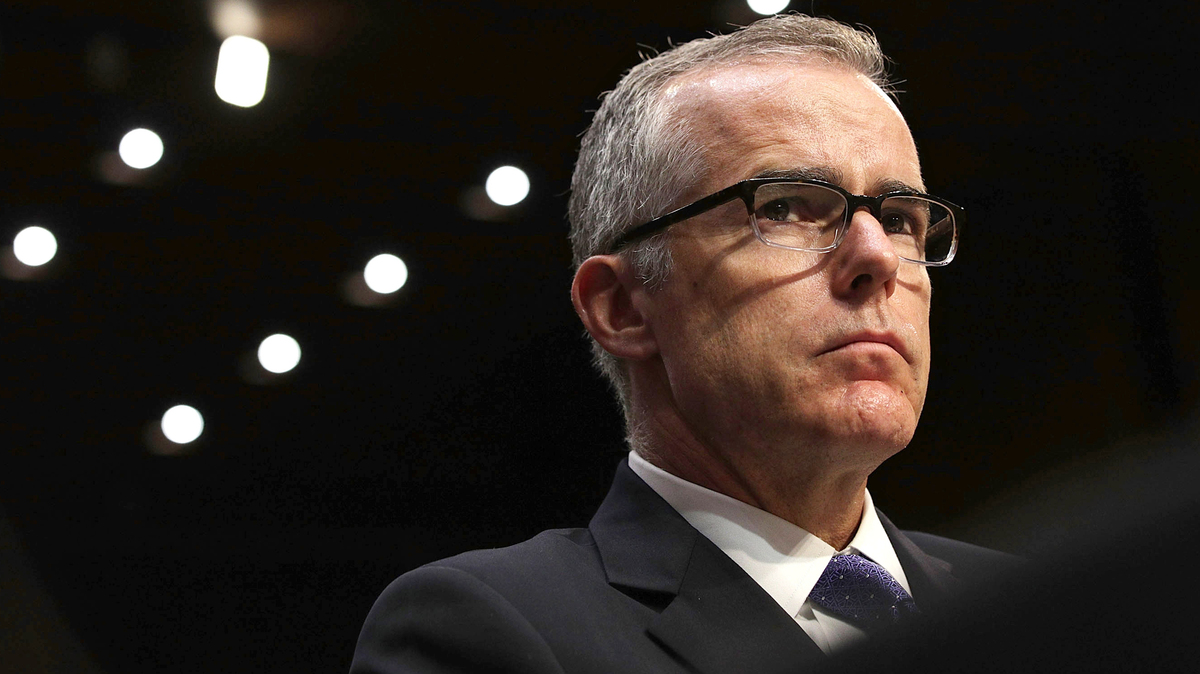 Former Deputy FBI Director Andrew McCabe is faulted in an inspector general's report for overstepping his authority and a "lack of candor" in explaining himself.

The Justice Department on Friday detailed its reasons for recommending that former Deputy FBI Director Andrew McCabe be fired in March, just short of his scheduled retirement.

A report by the department's inspector general confirmed that investigators concluded McCabe had violated Justice Department policy by authorizing an aide to talk with the Wall Street Journal about the FBI's probe into the Clinton Foundation — and that McCabe had "lacked candor" in discussing the matter afterward inside the Justice Department.

An attorney for McCabe, Michael Bromwich, released a statement firing back at the Justice Department conclusions and arguing that McCabe, as deputy director, was well within his authority to arrange for discussions with the press and that he did not "lack candor."

The IG report is part of a larger internal Justice Department investigation about the conduct of the FBI during 2016, when it investigated not only the Clinton Foundation but Hillary Clinton's use of a personal email server while she was secretary of state.

DOJ sent the McCabe portion of the report on Friday to the House Judiciary Committee, where Republican leaders have maintained a months-long campaign of criticism against Justice and the FBI.

They charge that "biased" officials and investigators have abused their power and McCabe, whose wife, Jill, ran for the state Legislature in Virginia as a Democrat, is Exhibit A.

Judiciary Committee Chairman Bob Goodlatte, R-Va., said the McCabe investigation has vindicated the rank-and-file agents of the FBI in their ability to hold their own leaders to account.

"Americans deserve honesty from their government, especially from those who work to secure justice," he said. "Lack of candor at any level of the FBI or Justice Department risks more than reputation; it also imperils the confidence needed for the agency to function effectively. Steps to hold itself accountable will go a long way in restoring faith in the FBI and Justice Department."

All the same, House Oversight Committee Chairman Trey Gowdy, R-S.C., said the IG report on Friday showed how much more the Congress and public still need to learn about how and why the FBI acted in the way it did.

"This report continues to call into question decisions made by FBI leadership in 2016 and 2017, which is why the Oversight and Judiciary committees will continue our joint investigation into the matter," he said.

A battle in the press

McCabe's problems stem from news coverage shortly before Election Day. Reporters were writing stories about tensions within the FBI involving its investigation of Clinton and the Clinton Foundation.

One of them alluded to the campaign contributions McCabe's wife had received from then-Virginia Gov. Terry McAuliffe, a close Clinton ally.

McCabe and his team inside the FBI blamed antagonists elsewhere in the FBI and Justice Department for characterizing the bureau's workings in a way that made him look conflicted on Clinton.

That's why, investigators say, McCabe authorized his aide to tell the Wall Street Journal about an earlier conversation McCabe had with a Justice Department official who he said called to complain about the FBI's investigation into the Clinton Foundation.

That information appeared in another Wall Street Journal story, which described McCabe standing up for the FBI's continued investigation of the Clinton Foundation.

Investigators said McCabe wasn't authorized to have his aide disclose the conversation to the press and that he wasn't "candid" when he talked about the press report with then-FBI Director James Comey or investigators later on. Attorney General Jeff Sessions fired McCabe on March 16.

McCabe's lawyer, Bromwich, said there is nothing in the IG report that justifies that action, which deprived the longtime FBI special agent of the pension he earned over his career.

"The rush to judgment — and the rush to terminate Mr. McCabe — were unprecedented, unseemly and cruel," Bromwich said.

Jill McCabe wrote in The Washington Post earlier this month that she and her husband have been wrongly tarred. Andrew McCabe is a Republican, just like the president, Goodlatte and the others, she wrote, and he kept himself properly walled off from her political activities at the time she sought the state Senate seat in Virginia.

The McCabes have remained the focus of Republican ire.

On Friday, President Trump lumped McCabe in with Comey, whom he has been dueling in a war of words ahead of the publication of Comey's book.

The "lack of candor" singled out by the Justice Department shows why there is no reason to believe Trump's campaign might have conspired with the Russian attack on the 2016 election, the president said.

DOJ just issued the McCabe report - which is a total disaster. He LIED! LIED! LIED! McCabe was totally controlled by Comey - McCabe is Comey!! No collusion, all made up by this den of thieves and lowlifes!