Accessibility links
Have A Spring Fling With These 3 April Romances As we wait endlessly for spring to really spring, we're consoling ourselves with three new romances — from a designing duke to a spymaster to a straight-laced librarian who lets go for one night.

Have A Spring Fling With These 3 April Romances

Have A Spring Fling With These 3 April Romances 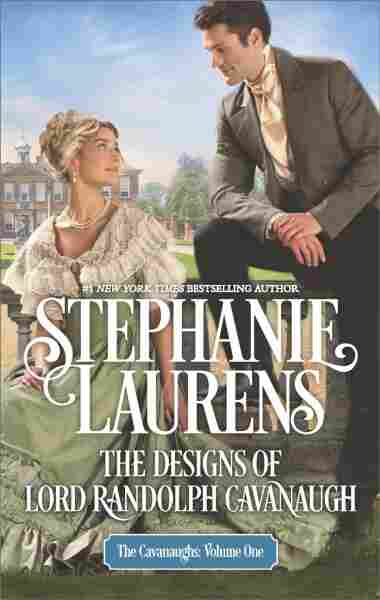 The Designs of Lord Randolph Cavanaugh

Is it spring yet? While we're impatiently waiting for warmer weather and sunnier skies, here are three romances that will provide a delightful way to pass the time inside.

In her new historical, The Designs of Lord Randolph Cavanaugh, Stephanie Laurens pairs an upstart investor and unlikely inventor on a mission to build an engine to power a horseless carriage. When Rand doesn't hear from his star inventor in a while, he travels to Throgmorton Hall to investigate, and finds the late inventor's son and daughter at work. Felicia Throgmorton is Not A Fan of inventors: They focus too much on their work to the exclusion of all else — like, say, families or finances. Her point is proven when it is revealed that the family is living off of Rand's investment, not royalties. They need to successfully build this engine and fast, or the family will be destitute.

Funny, then, that she ends up being the one with the intellect and insight necessary to complete the engine. Though the explanation for her hidden genius is somewhat implausible, it's refreshing to see an intelligent heroine who isn't labeled a Bluestocking or Smarty Pants Spinster. Better yet is the support she gets from Rand and her brother, William John. These men are grateful for her brains, not threatened by them. Swoon!

Rand proves himself to be everything a hero should be: handsome, protective without being possessive, an alpha male without being an alphahole. While the novel feels light on the romance — Rand recognizes that Felicia is the ideal wife for him, and she agrees, and so they make love and plan to marry — the villain's story adds an excellent sense of intrigue and danger before resolving with a surprising twist. 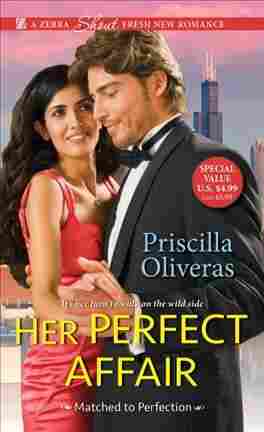 One night of passion leads to a surprise pregnancy in Her Perfect Affair, the second novel in Priscilla Oliveras' Matched to Perfection series. Just once, Rosa "the responsible sister" longs to let loose and enjoy herself. The occasion is her sister's wedding. The man is Jeremy Taylor, "long-time crush, one-night stand, baby daddy."

Rosa has just landed her dream job as a librarian at a Catholic school and Jeremy, the adopted son of a wealthy lawyer, has amazing (and long distance) career opportunities of his own. Because of Jeremy's own past — he's the child of a single mother, his abusive biological father in jail — and because he is a Good Man O' Romance, he's determined to do the right thing. Meanwhile, Rosa is trying to make sense of the massive and unexpected change that is getting pregnant.

Rosa and Jeremy genuinely like each other (and have the hots for each other) but struggle to find a balance in their relationship. While the story occasionally verges into the dreaded "Big Misunderstanding" territory, it is overall a lovely and modern take on an unplanned pregnancy with two people who want the best for their baby but refuse to settle for anything less than true love. Spoiler alert: They don't have to! 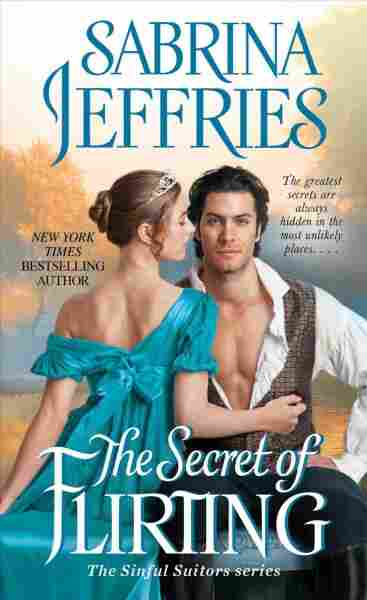 The Secret of Flirting

Sabrina Jeffries' The Secret of Flirting begins with some truly tragic attempts at flirting but swiftly becomes a fast-paced, sexy romance. When Gregory Vyse, Baron Fulkham is wrangled backstage to meet an alluring French actress, he bungles the interaction with Miss Monique Servais by inadvertently insulting her. Fast forward three years, and she's impersonating Belgian Princess Aurore of Chanay at a conference in London to determine the next ruler of Belgium. "No one will know!" everyone insists. Except — shocker — spymaster Baron Fulkham is hosting the event, and he immediately recognizes Monique. Attraction and conflict ensues.

Jeffries drops the "Is it her!?" plot at just the right time and moves on to even more twists and turns, providing ample reasons why the hero and heroine need to be together and yet cannot be. She also manages to pack in a fair amount of historical political intrigue (which is discussed in the author's note) alongside the sexy times, all seamlessly woven together into a perfect Happily Ever After.