Accessibility links
An NFL Cheerleader Brings Her Firing Over An Instagram Photo To The EEOC Bailey Davis was a cheerleader for the New Orleans Saints, until she she was fired over a picture of herself wearing a body suit on her private Instagram account. Now, she's filing an EEOC complaint. 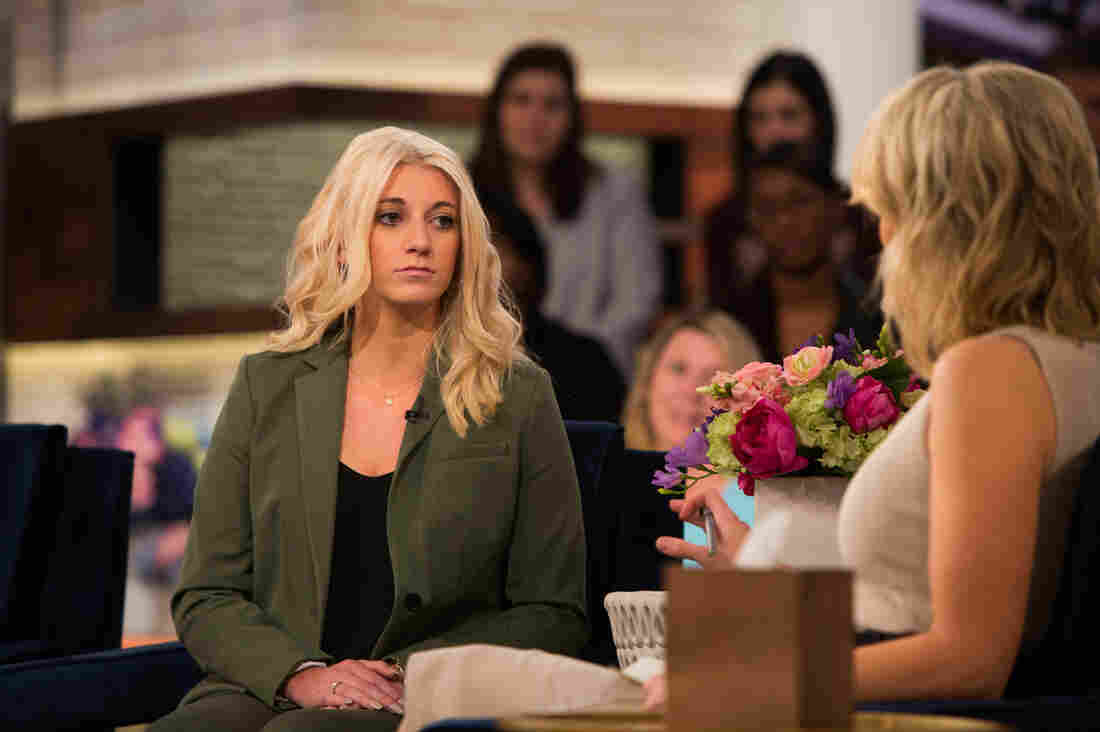 Bailey Davis, a former cheerleader for the New Orleans Saints, appears on Megyn Kelly TODAY on March 28. Davis was fired from the Saintsations after posting a photo of herself wearing a one-piece bodysuit on her private Instagram account. Nathan Congleton/NBCU Photo Bank via Getty Images hide caption 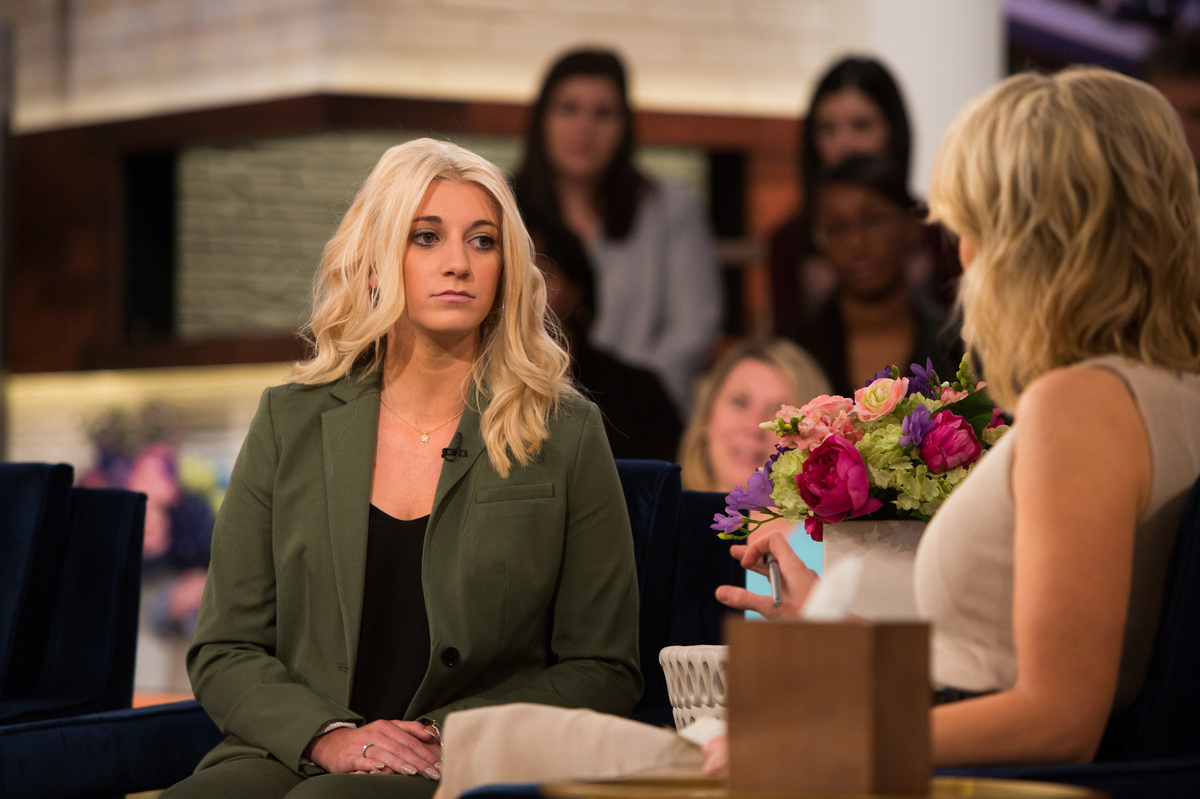 Bailey Davis, a former cheerleader for the New Orleans Saints, appears on Megyn Kelly TODAY on March 28. Davis was fired from the Saintsations after posting a photo of herself wearing a one-piece bodysuit on her private Instagram account.

Bailey Davis was a Saintsation — a cheerleader for the New Orleans Saints. That is, until she posted a photo of herself in a one-piece lace bodysuit on her private Instagram account.

The Saints fired the 22-year-old this January for violating a code of conduct that prohibits cheerleaders from appearing nude, seminude or in lingerie. It wasn't the only strict rule that Davis and her former colleagues had to follow — cheerleaders for the Saints can't have players follow them on social media, must have private social media accounts and are required to leave parties or restaurants if players are there. The company says the rules are in place to prevent cheerleaders from being preyed on by players.

Davis, a native of Ellisville, Miss., had dreamed of become a Saintsation: Her mother worked as the cheerleading squad's choreographer for nearly 18 years. She resigned after her daughter's firing.

Davis filed a complaint with the Equal Employment Opportunity Commission, which enforces civil rights laws relating to workplace discrimination, against both the NFL and the Saints. She spoke to NPR's Lulu Garcia-Navarro about why she became a cheerleader, how she has to recognize thousands of different NFL and MLB players and the reaction her suit has gotten.

On what the firing represents to her

The players have the freedom to post whatever they want to on social media. They can promote themselves, but we can't post anything on our social media about being a Saintsation. We can't have it in our profile picture, we can't use our last name for media, we can't promote ourselves, but the players don't have the same restrictions.

On sexism versus different rules for different employees

The football players have a different job than us, and I completely understand that. But as far as being in the same place as a player, and me being the one who has to be careful about where I'm at, and watch out for them, that's so discriminating. ... If I post something, and I'm in a swimsuit or in a body suit, it's seen as something sexual, but the players can post shirtless in their underwear and it's just seen as athletic. ...

If I'm [at a place before a player] first, I would still have to leave. And that's not just Saints players, it's any NFL team, or NBA. So anybody from the Pelicans could walk in, and I would have to leave, or I'd be fired.

On why she became a cheerleader

I kind of wanted to be a Saintsation as a stepping stone into my dance career, because I knew there was a four-year cap on it. But by my third year, and I knew I had to start looking for another job in the dance world, I wanted to start promoting myself more [on social media] and there was no rule that I couldn't have my [social media] pages public, for people to find me. When they said, "Well, you need to make your page private so these players can't find you," that's when I realized, OK, [it'll be] harder for people to find me and for me to find another job as a dancer, because social media is how we market ourselves nowadays.

On the reaction her suit has gotten

My fellow teammates have not been supportive to me. I've been told that I'm putting the team in a negative light, and a lot of the girls have been posting stuff on social media, saying that, you know, the organization is great and offers so many opportunities — which is true, and I mean, I [felt] the same way when I was in the organization. We're told so many times, "There's a hundred other girls that would do your job for free." You're just taught to keep your mouth shut or they'd replace you.

So I think when you're in the organization, you don't realize that there's nothing OK about this.

An earlier version of this story included a photo of a cheerleader incorrectly identified as Bailey Davis. It was not Davis. That photo has been replaced.