Accessibility links
Diamond And Silk Controversy Speaks To Broader Cultural Issues About The Right And Elites Diamond and Silk are two Internet personalities from North Carolina — also known as Lynette Hardaway and Rochelle Richardson — who amassed an enormous following during the 2016 election. 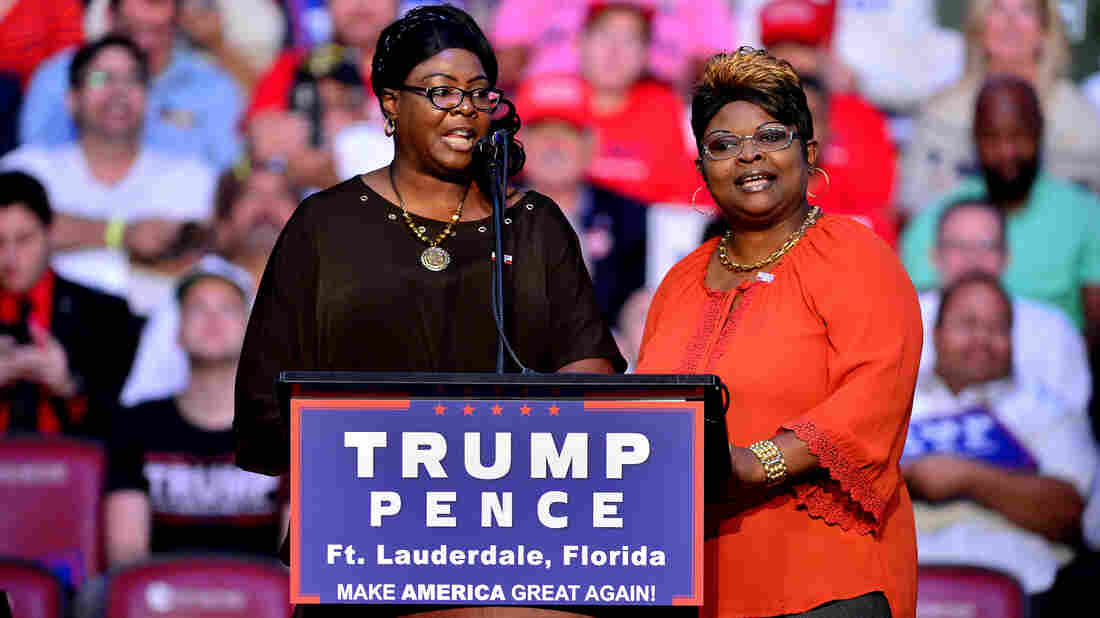 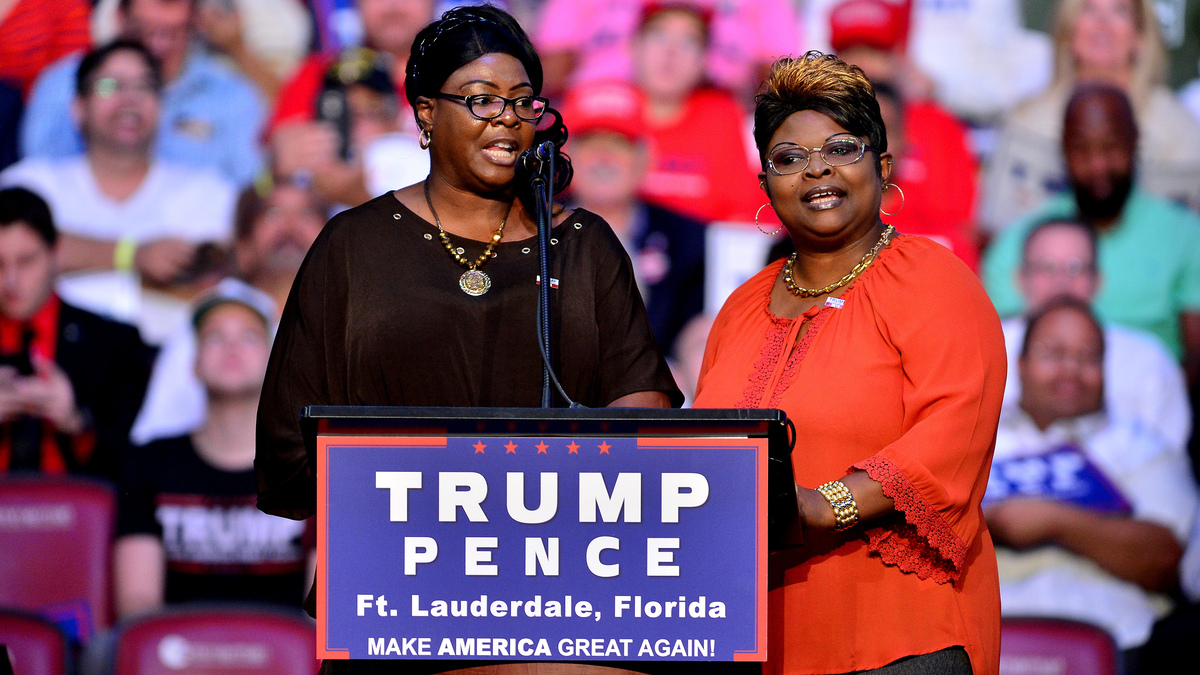 The attention-shy 33-year-old Facebook CEO had deftly answered or deflected hours worth of questions about how the company dealt with the private information of its users, its relationship with the Trump-campaign linked firm Cambridge Analytica, and congressional concern about how his social media platform had been used by the Russian government to spread disinformation during the 2016 presidential election.

But perhaps none of those issues had the cultural resonance — or attracted as much of the ire of conservative activists — as the issue of Diamond and Silk.

Sounding an alarm about their perceived persecution, led by Republicans and conservatives, speaks to a larger point about how conservatives feel that elites — Big Tech, the media, Hollywood — are biased against the right.

Diamond and Silk are two pro-Trump Internet personalities from North Carolina — also known as Lynette Hardaway and Rochelle Richardson — who amassed an enormous following during the 2016 presidential election cycle. They currently have nearly 660,000 Twitter followers, 144,000 YouTube subscribers and — most critically for Zuckerberg — more than 1.5 million Facebook followers.

Just days before Zuckerberg was slated to testify before key House and Senate congressional committees last week, Diamond and Silk alerted their followers on Facebook that their content was being suppressed by Zuckerberg's massive social media platform:

"Finally after several emails, chats, phone calls, appeals, beating around the bush, lies, and giving us the run around, Facebook gave us another bogus reason why Millions of people who have liked and/or followed our page no longer receives notification and why our page, post and video reach was reduced by a very large percentage.

"Here is the reply from Facebook... 'The Policy team has came to the conclusion that your content and your brand has been determined unsafe to the community.' Yep, this was FB conclusion after 6 Months, 29 days, 5 hrs, 40 minutes and 43 seconds. Oh and guess what else Facebook said: 'This decision is final and it is not appeal-able in any way.' "

The conservative website Drudge Report splashed it as a top story. Conservative Twitter accounts lit up with concern.

" 'BOOM' Diamond And Silk make the Drudge Report........ Don't start none, won't be none!" the partnership wrote on their Facebook page.

And then came the hearings where Zuckerberg faced Congress.

Just so you know, we will always have our Presidents back.
"Don't Get It Twisted!"

"There are a great many Americans who I think are deeply concerned that Facebook and other tech companies are engaged in a pervasive pattern of bias and political censorship," Sen. Ted Cruz, R-Texas, told Zuckerberg. "Facebook has blocked Trump supporters Diamond and Silk's page after determining their content and brand were, quote, 'unsafe to the community.' "

Zuckerberg said Facebook works to limit some categories of harmful content, such as material endorsing terrorism. Rep. Marsha Blackburn, R-Tenn., responded, "Let me tell you something right now. Diamond and Silk is not terrorism."

The CEO told lawmakers that any efforts to limit the duo's reach was an "enforcement error" on the part of the Facebook team but did not detail what Facebook had done — or why.

A Facebook spokesperson told NPR that the message telling Diamond and Silk that they were "unsafe" should never have been sent and that any issues that the duo had with their reach on Facebook has to do with policy shifts over the last two years that prioritize posts from friends and family on Facebook news feeds over other pages such as political ones. Facebook also has a policy since 2016 of discouraging clickbait headlines.

The Facebook spokesperson said that the company was responsible for explaining these policy changes to Diamond and Silk and wanted to apologize.

There are signs of an emerging detente between the social media giant and the Trump-defending duo. On Friday, Diamond and Silk posted on their Facebook page an email from a company representative.

"Thank you for reaching out to us and giving us the opportunity to apologize," the note read. The communique suggested that Facebook was hoping to set up a time to talk on the phone with Diamond and Silk.

Even if Facebook comes to peace with Diamond and Silk, the incident is indicative of a broader issue within the conservative community.

When Cruz brought up the duo in his questioning of Zuckerberg last week, the senator also spoke about the shutting down of a Chick-fil-A appreciation day page and a Fox News reporter's claim of being blocked on Facebook.

Conservatives feel shut out by the elites of American culture and technology — and this incident with Diamond and Silk is just the latest warning sign of a broader cultural divide fomenting in American life, even online.