Accessibility links
Beautiful But Heartrending, 'The Only Story' Looks Back At Love Gone Wrong Julian Barnes' latest novel concerns the pained recollections of an aging Englishman's life-changing only love — the "only story" that really matters about him.

Beautiful But Heartrending, 'The Only Story' Looks Back At Love Gone Wrong

Beautiful But Heartrending, 'The Only Story' Looks Back At Love Gone Wrong 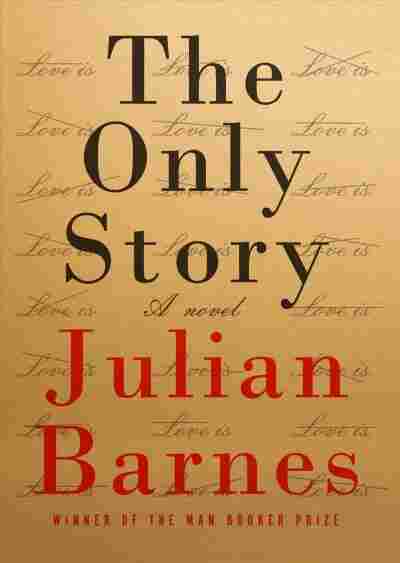 In a year that hasn't exactly been full of joyful tidings, Julian Barnes' latest novel struck me as one of the saddest books I've read in some time. Beautifully done, but heartrending. It isn't about belligerent politicians, refugees fleeing for their lives, or schoolchildren being gunned down, but it's a tragedy nonetheless — albeit on a much smaller scale. The Only Story concerns the pained recollections of an aging Englishman's life-changing only love. Fifty years after he fell hard for a woman nearly 30 years his senior, Barnes' narrator scavenges his memory and probes the scar tissue of his cauterized heart in a way that's frequently painful to read. He recognizes that this failed relationship is central to his identity — the only story that really matters about him.

As in his Booker Prize-winning 2011 novel, The Sense of an Ending, which also features a disastrous affair between an older woman and a younger man (albeit more obliquely), The Only Story is about looking back on a life and trying to make sense of what happened. It's a heavier, less suspenseful read, with a focus on love rather than death. It's also a far more interior and tormented tale, so excruciating that even its narrator feels the need to step back from it — retreating from the first person I to the second person You and finally even further to the third person He. Barnes explains this narrative self-withdrawal rather bluntly, "nowadays, the raucousness of the first person within him was stilled. It was as if he viewed, and lived, his life in the third person. Which allowed him to assess it more accurately, he believed."

Julian Barnes' latest novel struck me as one of the saddest books I've read in some time. Beautifully done, but heartrending.

Paul Roberts meets 48-year-old Susan Macleod when they're partnered in a mixed doubles tennis tournament at their local club during his first summer home from university in the early 1960s. At 19, he's idealistic and cynical, disdaining "furrow-dwellers" like his parents, people who live complacently in the suburban "stockbroker belt" outside London — which has been the setting of several Barnes novels, including his 1980 debut, Metroland. Bored young Paul, drawn to Susan's "laughing irreverence," feels exhilarated at the dual prospects of creating a scandal and of having "landed on exactly the relationship of which my parents would most disapprove."

A half-century later, Paul evokes his initial intoxication in the present tense: "We talk about everything, the state of the world (not good), the state of her marriage (not good), the general character and moral standards of the Village (not good) and even Death (not good)." Susan is married to "an exemplar of the kind of Englishman he most loathed. Patronising, patriarchal, manneredly precise. Not to mention violent and controlling." She is also the mother of two grown daughters, whom Paul dismisses insouciantly — along with money and age — as irrelevant.

Susan is no Mrs. Robinson. Nor is she a mother figure. In fact, it's hard for readers to see her attraction. Barnes spells out the rough contours of the affair's trajectory early on, including how long they will last under the same London roof. (Too long.) We know from the start that this will not end happily.

As Susan sinks into depression and alcoholism, Barnes captures the bleak dynamics of a situation her would-be savior is ill-equipped to handle: "You notice there are times when she seems, not squiffy, but out of focus. Not bleary of face, but bleary of mind," he writes in the most trying, second-person section. When Paul questions her drinking, she snaps, "Don't you turn into a policeman, Paul." There's a sharp disquisition on good sex, bad sex, and — worst of all — sad sex. "Don't give up on me just yet, Casey Paul," Susan beseeches him repeatedly. Paul feels bound to Susan by his love — committed, even addicted to her. "But," Barnes writes in one of this sad story's most forlorn lines, "you begin to wonder — not for the first time in your life — if there is something to be said for feeling less."

The Only Story is the first of Barnes' books not dedicated to his wife, Pat Kavanaugh, who died in 2008. Significantly, the familiar conundrums Paul contemplates pertain just as readily to bereft mourners as to people singed by romance gone awry. "Is it better to have loved and lost than never to have loved at all?" he wonders. And: "Would you rather love the more, and suffer the more, or love the less, and suffer the less?" This latter query may be, his scorched narrator asserts, "finally, the only real question." But then, Barnes' amatory absolutist equivocates: "If you can control it, then it isn't love. I don't know what you call it instead, but it isn't love." The Only Story is about losing control, but also, losing the ability to lose control.