Accessibility links
Moderate GOP Rep. Charlie Dent To Resign The centrist Pennsylvania Republican was already part of a record number of GOP lawmakers who weren't running for re-election in November, but on Tuesday Dent announced he would step down soon. 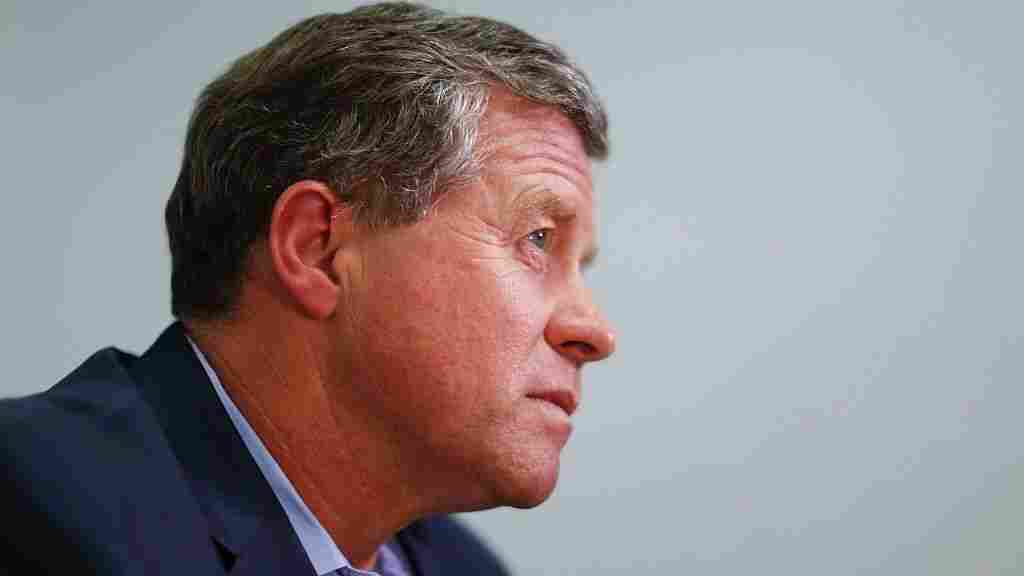 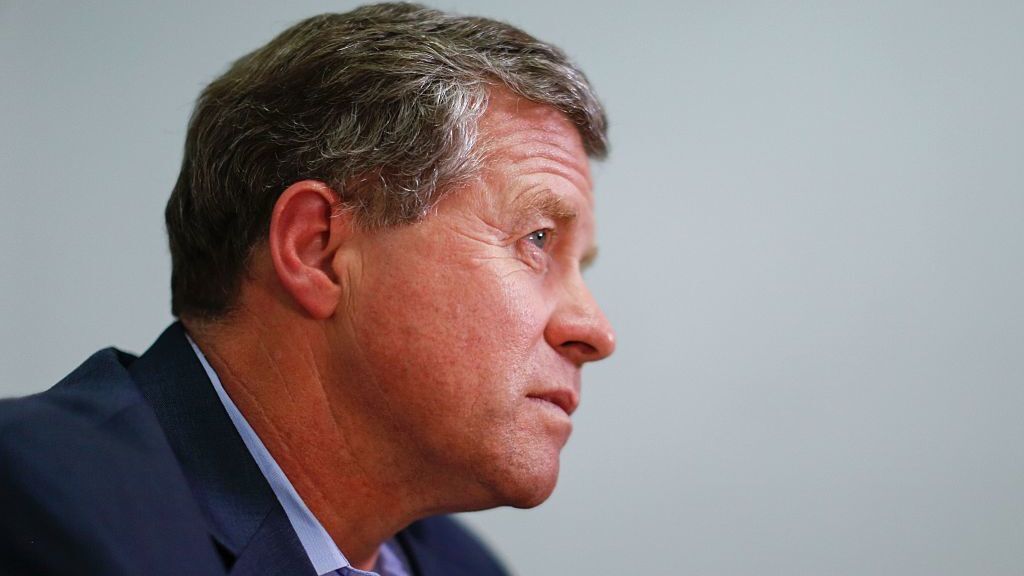 Rep. Charlie Dent, R-Pa., speaks during an interview at his campaign office in Allentown in November 2016.

Charlie Dent was already one of a record number of House Republicans who weren't running for re-election this November. Now he is rushing out the door even faster.

The moderate Pennsylvania Republican — who hasn't been shy about voicing his frustrations with the congressional GOP and disdain for President Trump — on Tuesday announced he would soon resign from Congress instead of sticking around until January.

After discussions with my family & careful reflection, I have decided to leave Congress in the coming weeks. Serving the people of #PA15 has been a tremendous responsibility & the privilege of a lifetime. pic.twitter.com/p8mik6s8ix

Shortly after announcing his retirement last fall, Dent told NPR's Scott Simon on Weekend Edition he was frustrated with the increasing partisanship in Congress.

"There's an increased polarization. There are groups out there that profit off of this type of instability and uncertainty and chaos. And they put a lot of pressure on members of Congress," Dent lamented. "I would tell you there are members in — both political parties right now have some very serious challenges. They're being pushed into some bad directions. And we need to have a stronger voice from the center of the political spectrum."

Rep. Charlie Dent On Not Running For Re-Election

Rep. Charlie Dent On Not Running For Re-Election

Dent had tried to be that voice from the middle. He was chairman of the moderate Tuesday Group and frequently quoted in the media, and he could be looking to make that a more permanent, paid job. Dent told the New York Times last year he'd "had conversations with TV news executives about becoming an analyst," though there were "no definitive plans" yet. Former Utah Rep. Jason Chaffetz followed that path when he resigned last year to join Fox News.

Dent's resignation is likely to trigger a special election, said Wanda Murren, the communications director for the Pennsylvania Department of State. Murren indicated it is possible the special election could be held on Nov. 6, concurrent with the general election, to fill out the remainder of Dent's term until the new Congress is seated in January.

Dent had long represented a competitive Lehigh Valley-based district that President Trump carried by 7 points. Redistricting made it the new 7th District, one that was slightly more Republican although Democratic nominee Hillary Clinton still carried it by 1 point. Primaries are being held next month, and the Cook Political Report rates the open 7th District as "Lean Democratic."

"Congressman Dent consistently worked across the aisle to deliver results for the hardworking families of his district. I respect his decision and wish him the best," National Republican Congressional Committee Chairman Steve Stivers said in a statement. "We will work tirelessly to keep this seat under Republican control."