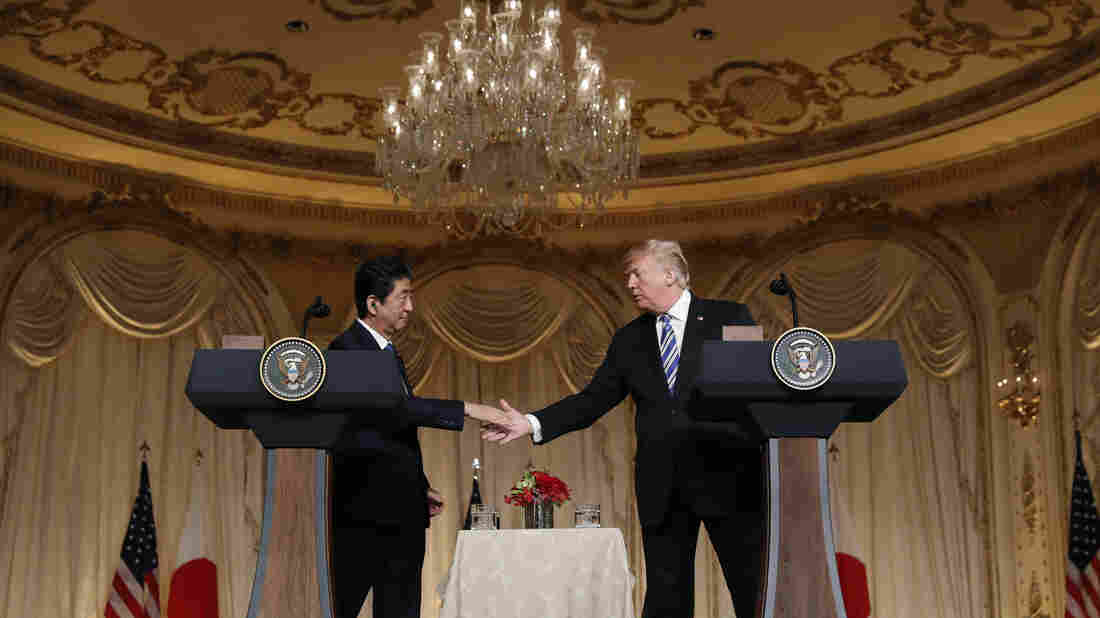 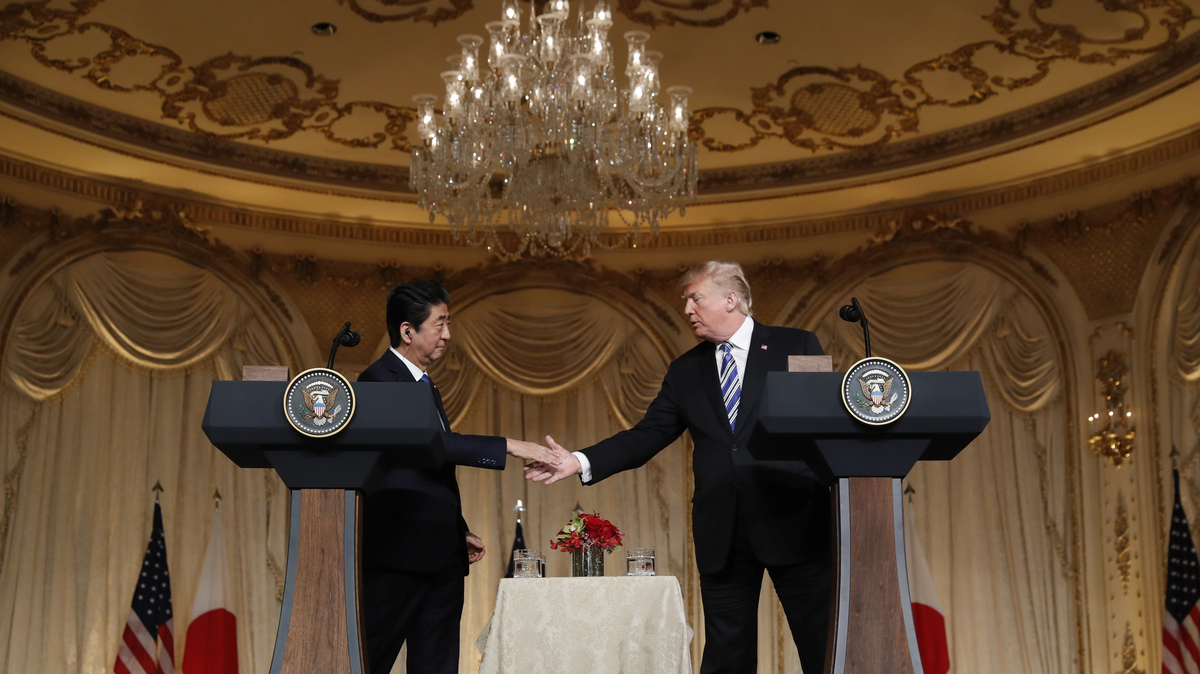 President Trump said he would walk away from a planned meeting with North Korea's leader, Kim Jong Un, if it looked like the two sides were not going to be able to reach a deal.

"If we don't think it's going to be successful ... we won't have it," Trump said at a joint press conference with Japanese Prime Minister Shinzo Abe Wednesday at Trump's Mar-a-Lago resort. "If the meeting when I'm there is not fruitful, I will respectfully leave the meeting."

"I like always remaining flexible, and we'll remain flexible here," he said.

Trump also said that the U.S. is negotiating with North Korea over the three Americans being held in the country. "We're doing our very best" to get them released, he said.

Trump's remarks came at the end of two days of meetings with Abe at the private, South Florida resort.

Much of their conversation focused on the nuclear threat posed by North Korea, as Trump is preparing for the summit with North Korea's Kim.

Trump told reporters that he would like to see peace on the Korean Peninsula and the end of North Korea's development of nuclear weapons.

During the wide-ranging press conference, Trump also took a question on the Justice Department's special counsel probe of Russian interference in the 2016 presidential election.

Trump repeated his charge that the Russia matter is a "hoax," but he stopped short of saying he would fire special counsel Robert Mueller or Deputy Attorney General Rod Rosenstein, who has overseen the Justice Department investigation since last year.

"They've been saying I'm going to get rid of them for the last three months, four months, five months, and they're still here." Trump said.

He reiterated his view that there was no collusion between his campaign and the Russians involved in the election interference. He also said that the White House has been cooperating with the Mueller investigation and "we want to get it over with, done with, put it behind us."

The president confirmed earlier on Wednesday that he sent CIA Director Mike Pompeo on a secret mission to North Korea over Easter weekend to begin laying the groundwork for the planned meeting with Kim. The clandestine diplomatic trip was first reported by the Washington Post.

Pompeo "had a great meeting with Kim Jong Un," Trump told reporters. "Got along with him really well, really great." Earlier the president tweeted that "a good relationship was formed," paving the way for possible denuclearization.

Abe is nervous that Trump might come away from his meeting with Kim after agreeing to something less than a full dismantling of the North Korean nuclear program. The Japanese prime minister stressed that denuclearization must be "complete, verifiable, and irreversible."

The two leaders have also discussed trade. Trump complains the U.S. had a trade deficit with Japan last year of $56 billion. He has leveled 25 percent tariffs on steel imports from Japan, while granting an exemption to other big steel exporters such as Canada and South Korea.

Last week, in a meeting with farm-state lawmakers and governors, Trump floated the idea of rejoining a trade deal with Japan and 10 other countries that the Obama administration negotiated. Abe would welcome that, but Trump quickly backtracked, tweeting on Tuesday that he doesn't believe the Trans-Pacific Partnership is a good deal for the United States.

Abe said during the press conference that Japan had agreed to enter into talks with the U.S. on "free, fair and reciprocal trade deals at this time," but it's not entirely clear as of this writing whether he was talking about a strictly bilateral trade agreement, which Japan has resisted. He did not clarify when a U.S. reporter asked him to do so.

Trump and Abe are both avid golfers and conducted part of their meeting on the links Wednesday at one of the president's namesake courses.

Most of their talks took place at Mar-a-Lago, Trump's ornate Palm Beach club, with the closing news conference taking place in a gilded ballroom beneath crystal chandeliers.