Accessibility links
Novelist Richard Powers Finds New Stories Deep In Old Growth Forests In The Overstory, Powers explores how humans can revere ancient trees with "the same kind of sanctity that we reserve exclusively for ourselves." 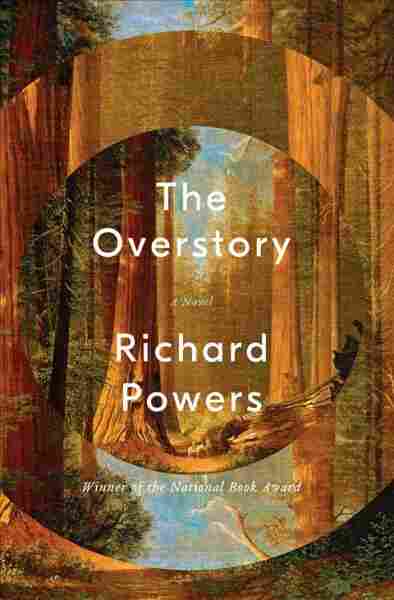 Novelist Richard Powers lives in a house perched on a hillside, just on the edge of the Great Smoky Mountains National Park. "It's very much a tree house," he says with a laugh. "That's why I live here."

His latest book, The Overstory, brought him to the old growth forests of Tennessee. The novel follows the lives of nine different people, all determined to save ancient trees from destruction. Their lives become entwined as they fight to save virgin forests, with unforeseen consequences.

Powers makes no apology for his current obsession with trees, though for most of his life he knew little about them. "I could probably name with some certainty, maybe three of four trees," he admits.

That is hard to believe because The Overstory is sprinkled with fascinating details: How the American chestnut disappeared, how a huge banyan tree grows from a small fig, how trees communicate with each other. Powers did extensive research and says these facts are a crucial part of this story about the fight to save old growth forests.

"What a tree can do to transform the atmosphere, to transform the soil, is absolutely part of the story of humans trying to give to these huge, ancient, incredibly diverse and incredibly supple creatures, the same kind of sanctity that we reserve exclusively for ourselves," he says.

Powers roots his book in the stories of nine people, from a famous botanist to a down and out Vietnam vet. All of them have some connection to trees. Some of them eventually meet as radical environmentalists in the Pacific Northwest. Their struggle to save the old growth forest ends in violence. But it begins with their reverence for trees, especially one ancient redwood. 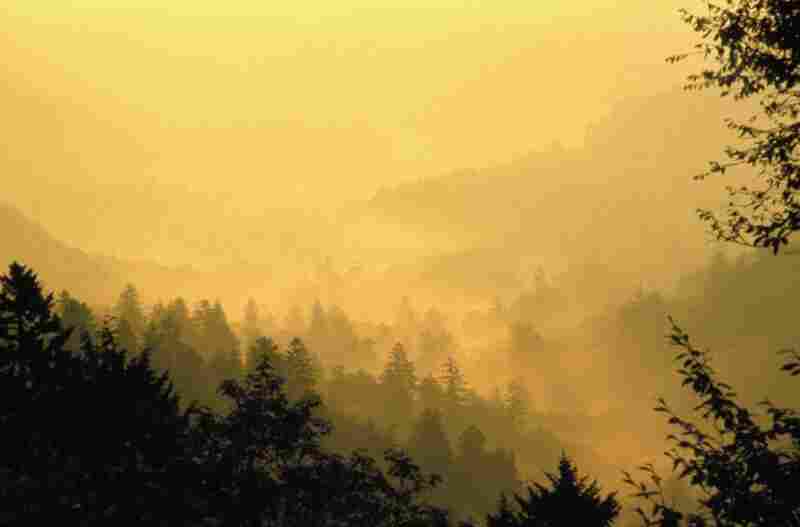 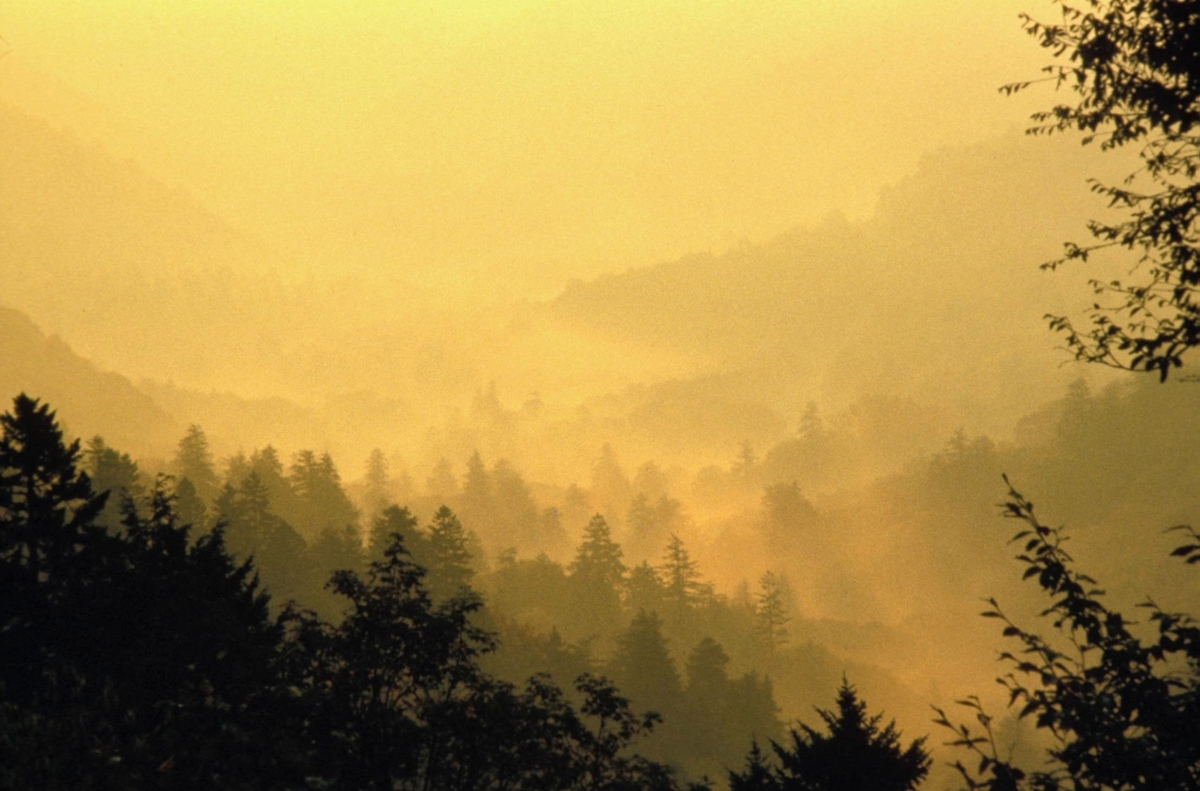 Novelist Richard Powers moved to Tennessee after first visiting the Smoky Mountains — shown above, at sunset — for research.

"The trick there was making the people come to see that tree and the magnificence of that tree," Powers explains. "To have these humans fall in love with that tree and want to protect it with their lives and fail to do so. That's something that a reader who's completely tree-blind might sit up and take notice."

Powers is the very opposite of tree-blind. Walking through the woods he stops constantly to smell or touch. Standing on an overlook, with a view of the mountains in the distance, Powers observes the scene with the keen eye of someone who understands forests.

"To a person who's not tuned into trees it's just a kind of mass of green," he says. "But as your eye attenuates, the mountains start to divide up into patches."

Those patches are different kinds of forests and Powers has hiked through all of them.

Writing The Overstory has changed Powers' life. He moved to Tennessee after first visiting the Smoky Mountains for research.

We head up to see such a forest which is just a short walk off a winding mountain road. It's like walking into the primeval forest of folk tales, shrouded in fog with patches of snow here and there. Huge tree trunks and branches sprawl on the ground while living trees rise high above. Blankets of thick moss and lichen cover everything. A giant root system stands on its side towering above us. A forest like this can't be tamed and should never be lost, says Powers.

"There's something about an old growth forest that flies in the face of management and rationality," he says. "It's crazy, it's messy, it's dynamic, it's brutal. But once you ease into it, that mess becomes part of the beauty."

These trees have been here for centuries, Power says. To save them, and ourselves, will require a shift in human consciousness — a new way of thinking. He believes literature will have a role in bringing that change about.

"There's a whole new kind of story that we're going to have to learn how to tell," he says. "We won't be dispensing with the social, or the political — not by a long shot. But to add in this environmental drama, that's going to be a marvelous task and a great source of meaning for the writers of the future."

Andrew Limbong and Rose Friedman produced and edited this story for broadcast. Beth Novey adapted it for the Web.