Accessibility links
William Friedkin Meets 'The Devil And Father Amorth' The director of The Exorcist compiles footage of an exorcism he filmed for a magazine article. The bizarre result "seems to have been made by someone who's never seen a movie before." 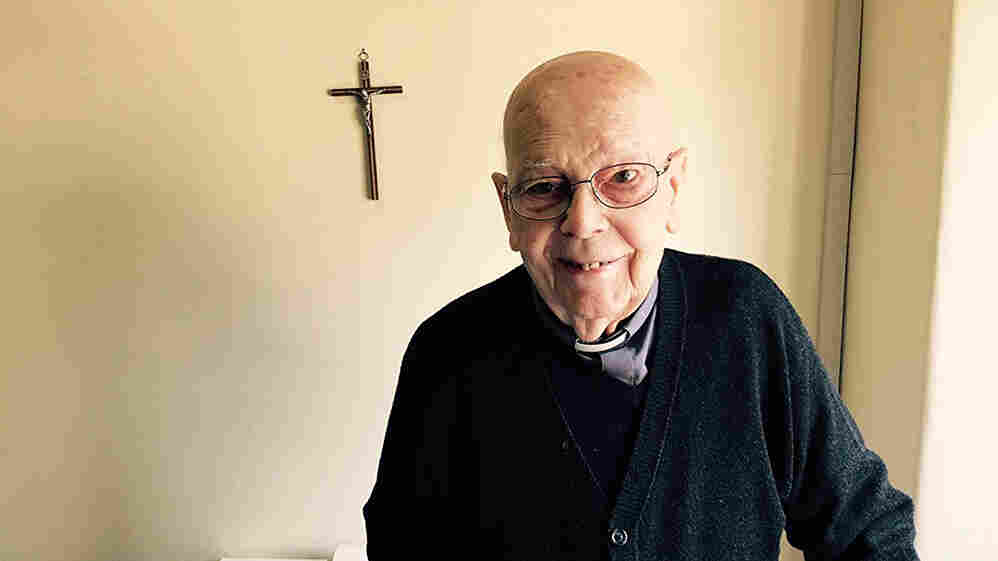 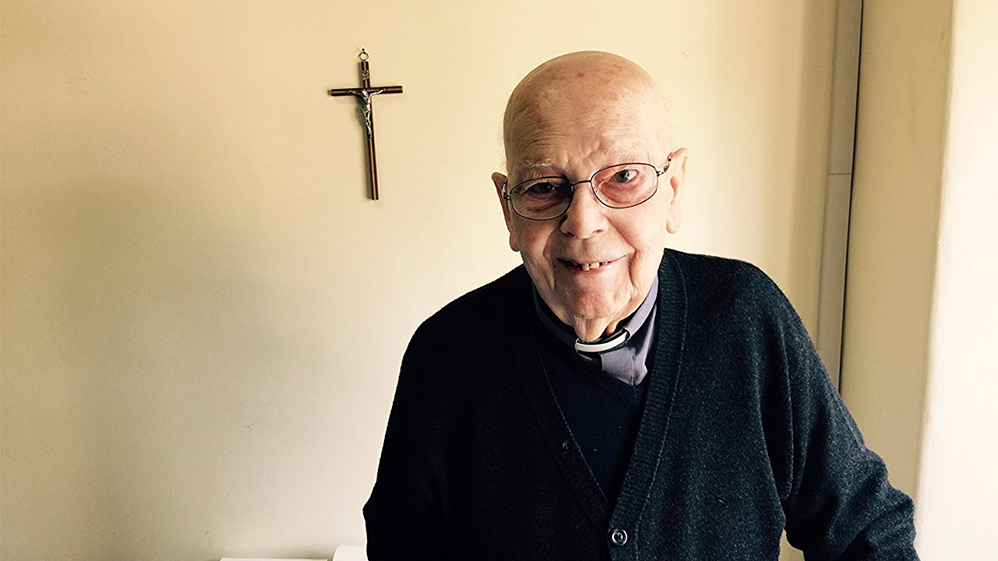 "The director of The Exorcist witnesses a real exorcism." It's a hook too devilish to resist, so in 2016 Vanity Fair sent filmmaker William Friedkin to Italy to file a story about Father Gabriele Amorth. Rome's leading exorcist was then 91 and, though he didn't yet know it, only a few months from death. He plowed ahead with his work, performing a ritual on a woman he believed to be possessed by Satan, and invited Friedkin to document it, in a rare sit-in.

This was basically the plot of Friedkin's 1973 blockbuster, a landmark of horror cinema that to this day can still send an icy blast of panic directly into your soul. Despite spending the last four decades professing he was done with the exorcism business, it was inevitable he'd be diving back in at some point. The Devil and Father Amorth, a documentary Friedkin compiled from the footage he filmed for the article, is quite short, running just over an hour ... but it's one of the most bizarre hours of documentary you're likely to see from an accomplished director. Mostly because, despite Friedkin's pedigree, it seems to have been made by someone who's never seen a movie before.

Let's tackle the obvious question first. Did Friedkin, and Father Amorth, actually dance with the devil? Well, Satan doesn't carry dental records, so your interpretation of the footage will vary. But oddly enough, the original Exorcist, with its unparalleled special effects, shocking imagery and disturbingly committed performance from Linda Blair,was a better argument for the existence of demonic possession than the direct source, because the visions from our nightmares were so lush and detailed they could only be neutered by the real thing. Here the exorcism footage plays out in more or less real time, for about fifteen minutes. Friedkin films this while crouching in the corner of a bare room, right next to the patient, surrounded by her family, Father Amorth and rosary beads. The woman, whose name is Christina, trembles in her chair in a trance-like state as the priest chants Latin spells to cast out evil spirits. Then she shakes awake, with a voice that doesn't seem to be her own, screaming "DON'T TOUCH HER!" and "I AM SATAN!" and "WE ARE LEGION!" This is her ninth exorcism, and she's clearly in a lot of distress. But it doesn't seem like any of these sessions will bring her true relief.

Friedkin clearly believes this is a momentous discovery, but he has a vanilla way of showing it. The first 15 minutes of The Devil and Father Amorth play like a making-of featurette from The Exorcist, with Friedkin giving us an out-of-nowhere guided tour of the original film's Georgetown locations, interspersed with 20-year-old interviews with the film's writer, William Peter Blatty (who died last year). Then we get the run-up to Father Amorth's session, which Friedkin approaches with Herzogian glee as he explains the strict filming conditions he was under: no crews, only a tiny digital camera permitted, etc. We're not dealing quite with the Cave of Forgotten Dreams here, but sure, we can get onboard with a few limitations. Yet Friedkin must have liked that handheld feeling, because he films nearly every interview, even the ones that aren't with demons, while holding that tiny DSLR camera, elbow leaning lazily on a desk. He also sets up a reverse-shot so we can see him interviewing his subject as he holds the camera in front of his face. It's disorienting and serves no clear aesthetic purpose, and seems to point to the whole enterprise being a rush job.

The exorcism takes us through the film's halfway point, and it gets somehow weirder and duller at the same time. The back end is a clunky, History Channel-like mishmash of interviews, none of which really deepen our understanding of possession, exorcisms or the like. There are various neurologists and psychiatrists, who offer their best guesses as to what took place, mostly determining that they don't know, either. (One interesting possibility, that Christina's brain created the Devil within her because that's what her religious background imbued in her psyche, is floated but not explored.) And an American bishop politely recuses himself from any future exorcisms: "You gotta be really, really holy." Finally, Friedkin has a climactic encounter, one to which he doesn't even bring a camera. So he tells us about it later instead, in a "you had to be there" vibe. C'mon, dude. Pics or it didn't happen.

This sort of thing would normally be catnip for a rant from BBC film critic Mark Kermode, who not only loves going off on bad movies but has also called The Exorcist his favorite film of all time. Except... Kermode co-wrote the documentary with Friedkin, which only deepens the mystery of its alien ineptitude. Where are the human stakes that made The Exorcist so frightfully compelling? We learn little about Father Amorth, the tens of thousands of exorcisms he claimed to have performed, or his theories about Satanic possession in Nazi Germany and the Vatican. We barely get to know Christina at all. And we come to understand modern science's response to demonic possession only in the most perfunctory way.

Before Father Amorth performed any exorcism, he would literally thumb his nose at the devil. Maybe this sloppy, amateurish effort to capture him is Friedkin's way of doing the same.