Accessibility links
For One California Company, Trump's Tariffs Have Unintended Consequences The administration says the steel and aluminum tariffs will raise costs just slightly. But in a low-margin business like canned goods, a little extra cost can take a deep bite out of profits.

Listen · 3:55 3:55
For One California Company, Trump's Tariffs Have Unintended Consequences 3:55 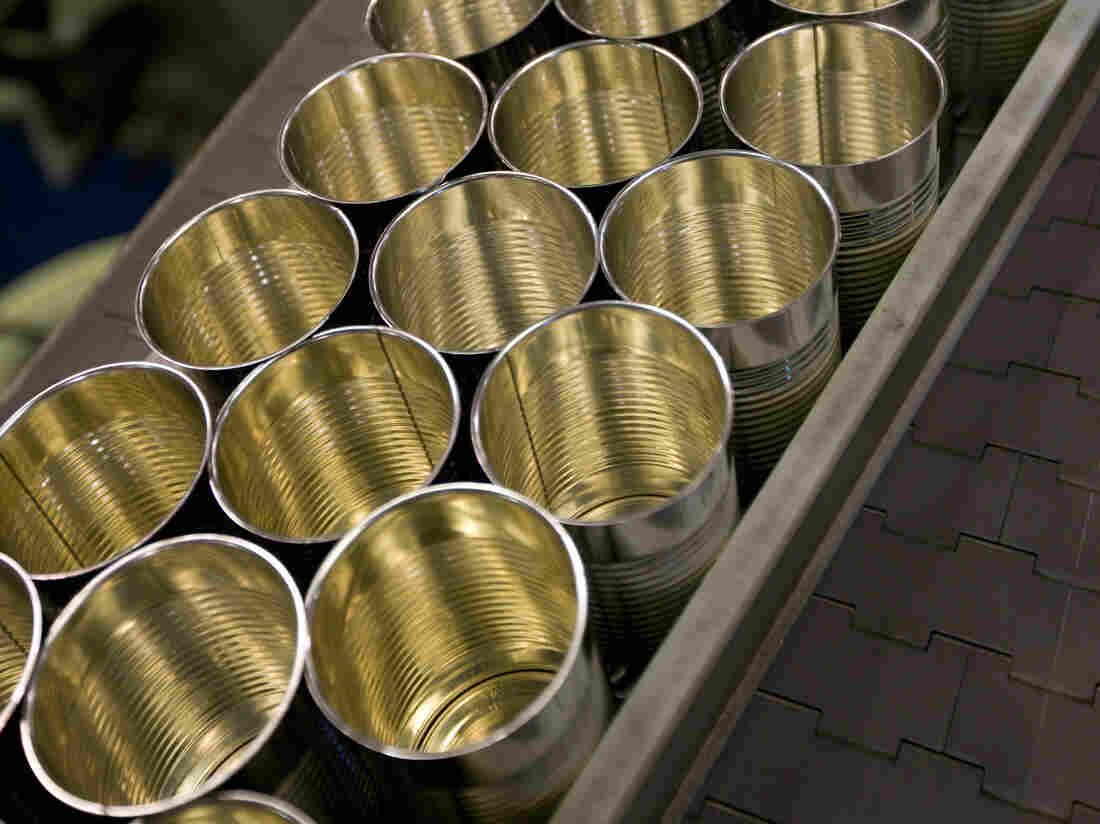 Cans are lined up at the Pacific Coast Producers plant in Oroville, Calif. The company, which cans fruits for sale in supermarkets, says new tariffs imposed by the Trump administration on steel imports will eat into its profits. Rick King Design hide caption 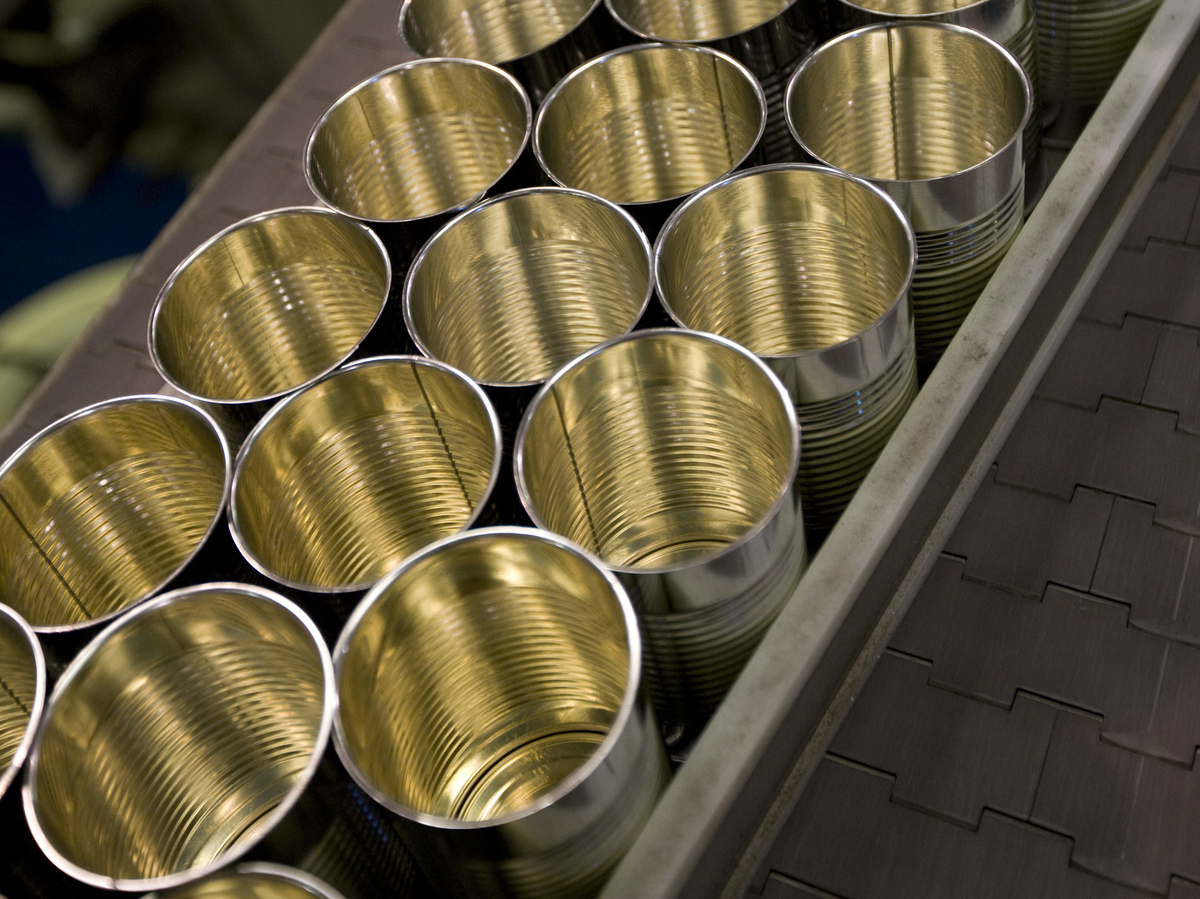 Cans are lined up at the Pacific Coast Producers plant in Oroville, Calif. The company, which cans fruits for sale in supermarkets, says new tariffs imposed by the Trump administration on steel imports will eat into its profits.

In the struggling canned goods industry, Pacific Coast Producers is a survivor, taking some 700,000 tons of fruit grown by California farmers each year and canning it for sale in supermarkets and large institutions such as hospitals.

This year the company, based in Lodi, Calif., is facing another challenge that promises to make turning a profit that much harder: President Trump's tariffs on steel imports.

"That one cost increase is more than half of what we make," says Dan Vincent, the company's president and chief executive.

Pacific Coast Producers' plight underscores some of the unintended consequences of the Trump administration's decision last month to impose 25 percent tariffs on steel and aluminum imported from other countries. The administration said the tariffs were needed to protect domestic sources of the metals, which are vital for national security.

The tariffs will help steelmakers compete by allowing them to raise their prices, but companies that rely on imported steel products, such as Pacific Coast Producers, will see their costs rise, says Edward Alden, senior fellow at the Council on Foreign Relations.

"That's why tariffs are a risky strategy in a truly global economy," he says.

Pacific Coast Producers buys the cans it uses from domestic manufacturers. They are made with steel coated in something called tinplate.

U.S. steel manufacturers tend not to sell a lot of tinplate, because it's not very profitable.

"There's not a great deal of capacity that's dedicated to tinplate steel for food cans," says Robert Budway, president of the Can Manufacturers Institute.

As a result, U.S. can makers — who sell more than 20 billion cans a year for food products alone — have to import much of the tinplate they use from places such as Europe and Japan.

The Trump administration has given temporary exemptions to many steel producing countries. Exemptions for Canada and Mexico are contingent on the outcome of ongoing trade negotiations.

But for now it's unclear how can manufacturers will be affected.

If the tariffs do apply to tinplate, it will almost certainly drive up costs for can-makers, which will be passed on to companies such as Pacific Coast Producers.

How much will their costs rise? Commerce Secretary Wilbur Ross says the extra expense will be negligible.

He notes that the cost of steel makes up about 20 percent of his company's annual expenses of about $355 million. A 25 percent tariff on steel could thus end up costing the company about $17 million. Its annual profit is about $24 million, he says.

There's no guarantee the tariffs will end up costing that much, since the Trump administration could end up exempting some of the countries that now sell tinplate.

But in a low-margin business, beset by imports from places such as China and a growing consumer preference for fresh produce, even a small increase can hurt.

And Vincent points out another irony about the tariffs: Foreign companies that import products such as canned peaches into the United States won't face the same cost increase, because they aren't subject to the tariffs.

"They won't hurt our Chinese competitors at all, because they import a finished good. That's classified as canned peaches. That's not classified as steel. So a steel tariff doesn't apply," Vincent says.