Accessibility links
Republicans Push Bill To Protect Robert Mueller, Without McConnell's Support Senate Majority Leader Mitch McConnell says the legislation is unnecessary, but those who want to shield special counsel Robert Mueller from being fired say the point is to send a message. 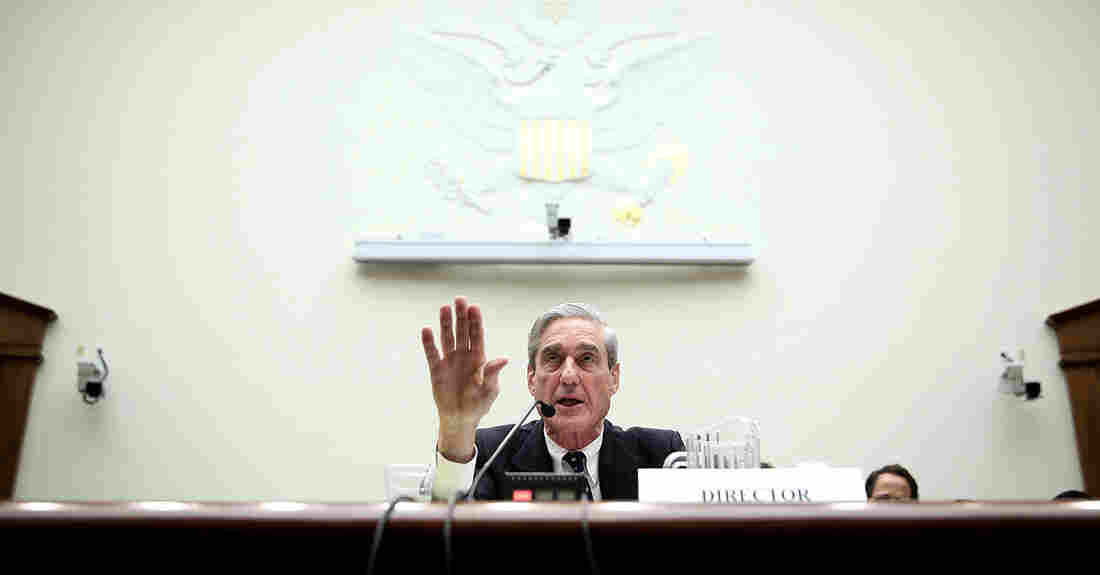 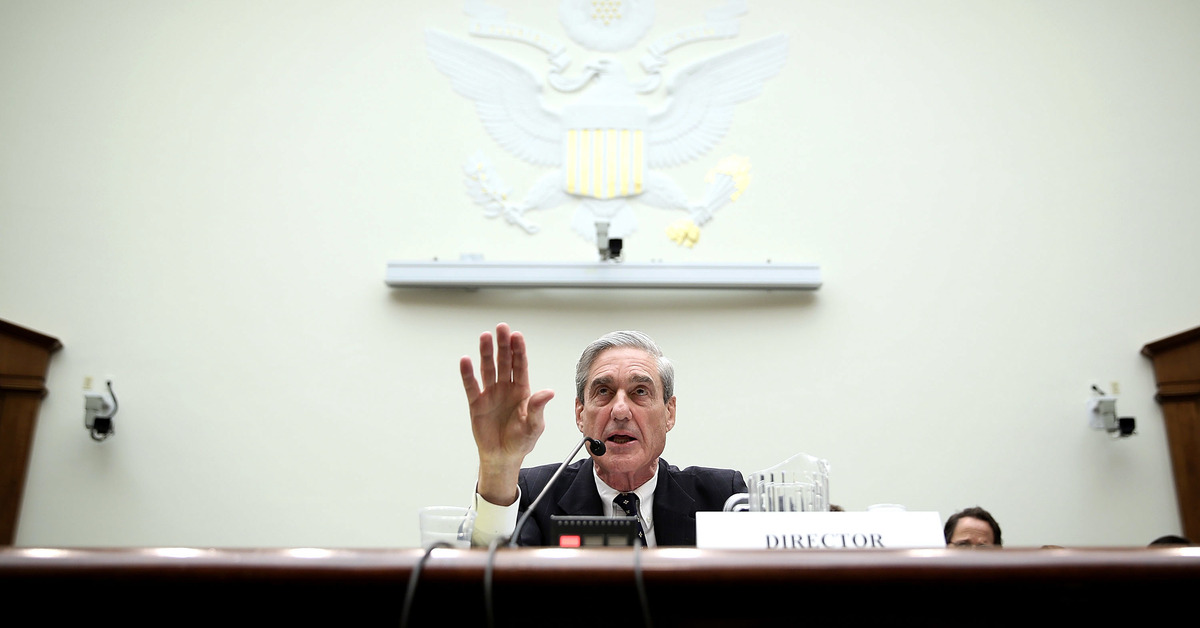 Some Senate Republicans are hoping to provide Justice Department special counsel Robert Mueller, seen here in 2013 when he was FBI director, with more protections in case President Trump tries to fire him.

Senate Majority Leader Mitch McConnell, R-Ky., does not support a measure that would make it harder for President Trump to fire special counsel Robert Mueller, but that isn't stopping some Republicans from forcing the debate.

North Carolina Republican Thom Tillis said Wednesday that he will continue working on a bill to allow Mueller access to speedy judicial review if Trump tries to force him out of his job leading the Justice Department investigation into Russian interference in the 2016 election — with or without McConnell's support.

"We'll have a markup and a vote in committee," Tillis told reporters. "It's something that can lie in the Senate chamber. Facts may lead to passage or not."

Tillis said he plans to continue lobbying leadership on the bill, even after McConnell explicitly rejected the legislation.

"This is not necessary, there's no indication that Mueller is going to be fired," McConnell said in a Fox News interview on Tuesday. He added, "We'll not be having this on the floor of the Senate."

But Tillis and other supporters of the bill say they aren't backing down. Sen. Jeff Flake, R-Ariz., said Wednesday that the goal isn't necessarily to pass a measure with the hope of forcing Trump to decide between signing the bill or issuing a veto. The real goal, he said, is to send the president a message.

"If the goal — and I think it should be — is to convince the president not to take this action," Flake told reporters, "I think the message needs to be that we take this very seriously."

There are plenty of Republicans who say they agree the issue should be taken seriously, but they want to lobby Trump quietly — not through an aggressive public measure like voting on this bill.

Supporters of the legislation say that's just wishful thinking. Sen. Richard Blumenthal, D-Conn., said Tuesday that Republicans who hope they can persuade Trump not to fire Mueller through such discussions aren't facing reality.

"If he's not listening to his own lawyers, I don't think he's going to listen to a bunch of U.S. senators," Blumenthal said.

Trump has crossed Republicans on a number of issues, like the recent tariffs on China. Many in Congress have grown wary of a string of White House firings — like that of former Secretary of State Rex Tillerson — that came without any warning. Blumenthal said Trump could do the same to Mueller.

"It's hard for me to just hypothetically think in this direction because I just don't think it's going to happen," Hatch said on Tuesday. "It would be a mistake."

There are also political reasons for Republicans to want to avoid a public display of support for Mueller. Forcing a vote could also create an impossible choice for Republicans running for re-election against strong Democratic challengers.

Either they vote against the president and commit what would be considered a cardinal sin by many in Trump's fervent base, or they vote against protecting Mueller, which could anger moderates worried Republicans won't stand up to Trump.

Either way, Democrats like Sen. Dick Durbin of Illinois want Republicans on the record.

"It isn't a question of whether Trump might one day veto it," Durbin said Tuesday. "It's whether they believe in the integrity of the special counsel or they believe anybody, including the president, should be above criminal investigation."

For now, a majority of Republicans say they agree that the special counsel should be allowed to finish his investigation. And they say they trust that Trump won't get in his way.

Speaking at a news conference with Japan's prime minister Wednesday in Florida, Trump provided little clarity about the fate of Mueller or Deputy Attorney General Rod Rosenstein, who has overseen the Justice Department investigation since last year.

Trump repeated his charge that the Russia matter is a "hoax," but he stopped short of saying he would fire Mueller or Rosenstein.

The Russia Investigations: How Solid Is Trump's Support From The Hill's GOP Leaders?

"They've been saying I'm going to get rid of them for the last three months, four months, five months, and they're still here," Trump said.

The president also reiterated his view that there was no collusion between his campaign and the Russians involved in the election interference. He also said that the White House has been cooperating with the Mueller investigation and "we want to get it over with, done with, put it behind us."