Accessibility links
Who Is The Mystery Man Behind @realDonaldTrump? (Besides The President) Journalist Robert Draper says "no one understands Trump's base" better than White House social media director (and former caddie) Dan Scavino. 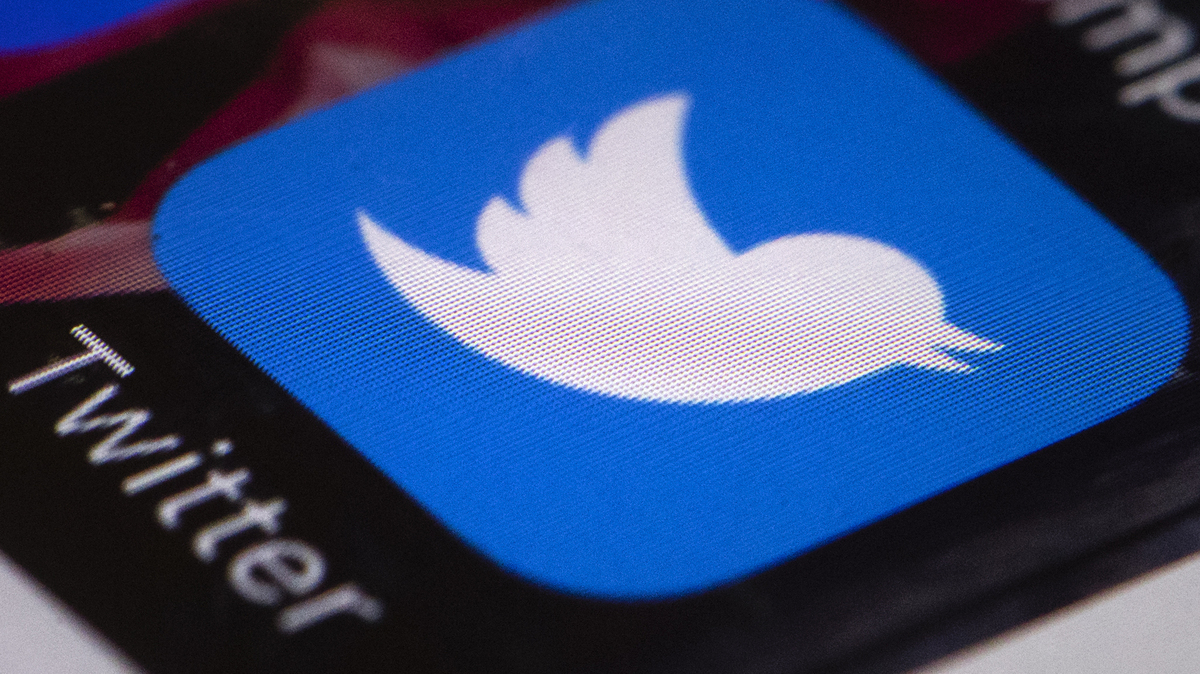 Journalist Robert Draper says White House social media director Dan Scavino has a hand in crafting about half of the president's tweets.

Just who controls the Twitter handle @realDonaldTrump? If you guessed the president, journalist Robert Draper says you might be only partially correct.

Scavino first met Trump on the golf course in 1990, when he worked as Trump's caddie. Three decades later, Draper says, a certain golf-course dynamic still exists between the president and the man who helps manage his Twitter feed.

From 'Covfefe' To Slamming CNN: Trump's Year In Tweets

"Dan Scavino doesn't have an ideology other than loving Donald Trump," Draper says. "He does ... whatever Trump wants him to do — and in that sense he was then and still is a kind of caddie."

Draper says that Scavino deliberately shies away from the limelight: "[The White House] would prefer that we see [@realDonaldTump] as the unvarnished Donald Trump." But, Draper adds, "Dan Scavino, a person most Americans have never heard of, is in a lot of ways a more acute window onto Trump than almost any other. ... No one understands Trump's base ... more than Dan Scavino."

On Scavino's aggressive defense of the president on Twitter

Scavino is yet another individual who was a perfectly normal soul, so it seemed, until he fell down the Trump rabbit hole. As this Westchester County suburbanite, one would never have expected a person like Dan Scavino to become a Donald Trump attack dog, but that is, in fact, what has taken place — both on Trump's Twitter account and on Dan Scavino's personal Twitter account. ... To the extent that Trump believes in (as he puts it) "counter-punching," Dan Scavino is very much a part of that counterpunching mechanism.

On which of Trump's tweets may have been crafted by Scavino

If you look at Trump's Twitter page, you'll see, for one thing, a few sort of anodyne things: "I'll be at such-and-such a place at 1 o'clock." Trump's not writing that; Dan Scavino is.

There are also some tweets that Trump will dictate to Scavino and Scavino will then polish them up, make sure there are no grammatical errors or anything like that. Trump will look at them and then say, "OK, that looks good," or "No, no. I want you to put this back in." Then he'll say, "Go ahead and hit send," and Scavino will do so. ...

There certainly are tweets that Trump himself writes in the dark of night or first thing in the morning that Dan Scavino sees when the rest of the world sees. That's probably about half of the tweets overall. But of the 37,000 or so tweets that Trump has sent out, Dan Scavino is responsible for — at least as a "co-conspirator" to — about half of those.

On the Trump style of tweeting, with all-caps and exclamation points

Let's for one thing establish ... that none of us are in the room when individual tweets are happening. I would've loved to deconstruct a series of tweets for this story and say, "Here's what Scavino supplied. Here's what the first draft of this was." I was unable. It happens to be an intimate act for President Trump ... something that all takes place backstage.

Having said all of that, Trump more or less set his own template with the all-caps and saying "Sad!" but Scavino has added to that template. Trump didn't know how to do a hashtag before [Scavino]. ... [Trump] would have a general sentiment, but would lack specifics.

When we look at a Trump tweet, it is, in many ways, an amalgamation of Trump's basic grievance — the establishment of a grievance or an establishment of a boast, supplied then with a few technical details such as hashtags and things. The all-caps is something Trump has been doing going back to, I'd say, 2012, before Scavino had any access to Trump's Twitter account. He began, Scavino did, to "co-conspire" with Trump on the @realDonaldTrump Twitter account in 2015.

On the puzzling Trump tweet with the nonsense word "covfefe"

This was a tweet that took place, of course, six minutes after midnight on May 31, 2017, from the @realDonaldTrump Twitter account. It simply says, "Despite the constant negative press covfefe," there's nothing that takes place after that. Washington was roiling with an effort to decipher this word "covfefe," scrambling in Urban [Dictionary] trying to figure out its meaning. ...

The reality is that, at the time, no one knew anything about that tweet. The word "covfefe" in the context of what that sentence seemed to be heading towards in all likelihood meant "coverage" and he just simply stopped writing. For what reason? We don't know. Maybe his phone rang. Maybe he fell asleep. We're not sure.

There's a few tipoffs, by the way, as to why that tweet was completely Donald Trump. One of them is the hour, 12:06 a.m.; the other is that it is a misspelling, a half-finished thought, a half-finished sentence. Scavino is essentially around to correct grammatical errors, correct misspellings.

The Trump White House was very resistant to deconstructing this stuff for me and elaborating on Dan Scavino's role in President Trump's individual tweets, but they did concede to me that yes, Scavino will correct misspellings and all that. Therefore it defies any rational imagination that Scavino would've allowed this to pass. This was in fact, for better or worse, the unvarnished Donald Trump at work.

On why Scavino refuses to be interviewed

Scavino is reticent for a couple of reasons. One of them is that he has watched one staffer after the next — most famously Anthony Scaramucci, who lasted for 10 days or so — to fall on their sword, to self-immolate, pick your metaphor, but basically to call too much attention to themselves, which is something the president can't stand. As President Trump said when he was candidate Trump to Corey Lewandowski in 2016 when there was a glowing profile of Lewandowski that got a lot of attention, he said to Lewandowski, "There's only one star in this campaign."

[Trump] values loyalty, he values love, but he also values the primacy of his 'personal printing press' and wants the world to believe that it's his and his alone.

Scavino has learned that all too well. For that reason he has been reluctant to submit to any interviews. But the other reason, of course, is the one that we're talking about, which is that this is a surprisingly sensitive subject. Trump values a lot of things, and Scavino supplies those: He values loyalty, he values love, but he also values the primacy of his "personal printing press" and wants the world to believe that it's his and his alone.

It has created heartburn for everybody in the West Wing when the president does something like that, going after a leader of a foreign country and attacking them, calling them names. The recognition that there will be repercussions is not lost on someone like Scavino, but no one tries to prevent [Trump] from doing it.

In the Bush administration I remember they used to say that people who would come in to tell the president something he didn't want to hear was on the order of "walking into the helicopter propellers." But Bush could actually take criticism far better than President Trump does. ... Telling Trump you can't or shouldn't say this or that on Twitter is a grave offense to him. Scavino has learned, like anyone else who is a survivor in the West Wing, that there are some battles that just aren't worth fighting.

There were emails that indicated communications between Scavino in his capacity as social media director for the Trump campaign and a Russian Facebook page, a Russian version of Facebook, wanting to help out on the Trump campaign, wanting to post things on the site. There was a particular American intermediary, Rob Goldstone, who figures into a lot of this "Russiagate" stuff, who was putting Scavino in touch with these Russians.

Scavino's reply, according to the emails that were read to The Washington Post, he replied with enthusiasm, "Yes indeed, I'd love to know more about this." We now know, of course, that Russia had an involvement in the Facebook activities relating to the election — if not to Trump's campaign itself. But that there were these interactions between the Russian Facebook page and the Trump campaign at least momentarily would seemingly be the kind of thing that would draw the interest of the special counsel. ...

This means a lot of legal fees for Scavino, but, of course, it could mean a lot worse. It could mean that Scavino had an involvement with Russians whose interest it was to swing the election over to Donald Trump, obviously an interest that the Trump campaign shared. And if that collusion exists, it could well be that Dan Scavino is in the thick of it. If that's the case, then he has more than just legal fees to be worried about.

Sam Briger and Seth Kelley produced and edited this interview for broadcast. Bridget Bentz, Molly Seavy-Nesper and Martina Stewart adapted it for the Web.