Accessibility links
Justice Department Refers McCabe To Prosecutors, But Unclear If They'll Charge Him The DOJ's Inspector General's Office has sent the case of former Deputy FBI Director Andrew McCabe to the Washington, D.C., U.S. Attorney's Office, but it isn't clear what comes next. 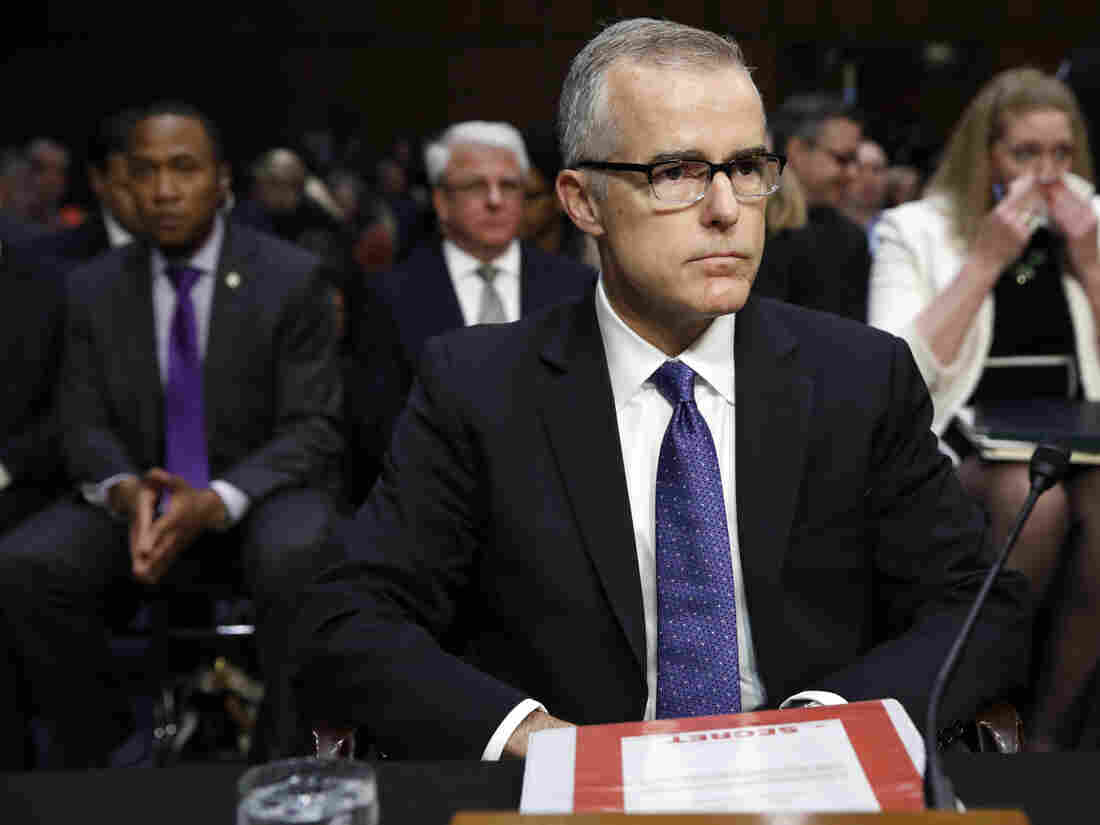 The case of former Deputy FBI Director Andrew McCabe has been referred to prosecutors, but it isn't clear yet whether they will charge him with a crime. Jacquelyn Martin/AP hide caption 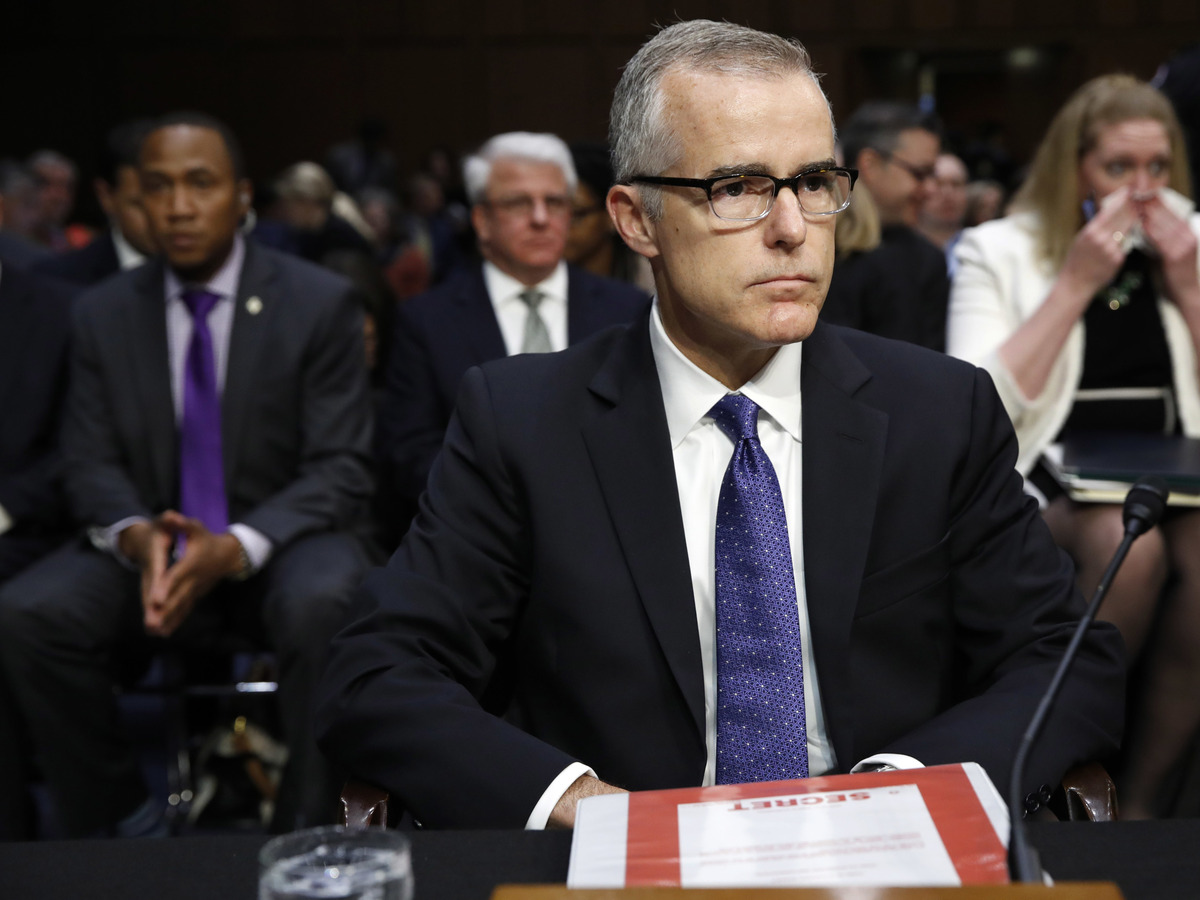 The case of former Deputy FBI Director Andrew McCabe has been referred to prosecutors, but it isn't clear yet whether they will charge him with a crime.

Inspector General Michael Horowitz has referred McCabe to the U.S. Attorney's Office for Washington, D.C., according to a source familiar with the matter. The source asked not to be identified as discussing the sensitive ongoing case.

Such referrals are not uncommon when the Justice Department IG has completed its work, but they don't automatically trigger any action. Prosecutors could try to prove that McCabe broke the law, or they could do nothing.

"We are confident that, unless there is inappropriate pressure from high levels of the administration, the U.S. Attorney's Office will conclude that it should decline to prosecute," the spokeswoman's written statement said.

Attorney General Jeff Sessions fired McCabe just short of his retirement last month after the IG concluded that McCabe had wrongly caused information to be released to The Wall Street Journal and then "lacked candor" about that afterward to investigators.

The prospect of criminal charges for McCabe follows months of political warfare over his tenure at the FBI. President Trump and his Republican allies have blasted McCabe, the FBI and the Justice Department over what they call "bias" and abuses of power that date back to before the 2016 presidential election.

McCabe's camp says he did nothing wrong — that he was within his rights as deputy director to authorize disclosures to the press and that he told the truth about the case.

Separately on Wednesday, a contingent of Trump's supporters in the House referred a number of names to the Justice Department because they said former FBI Director James Comey, McCabe, Hillary Clinton and others might merit prosecution.