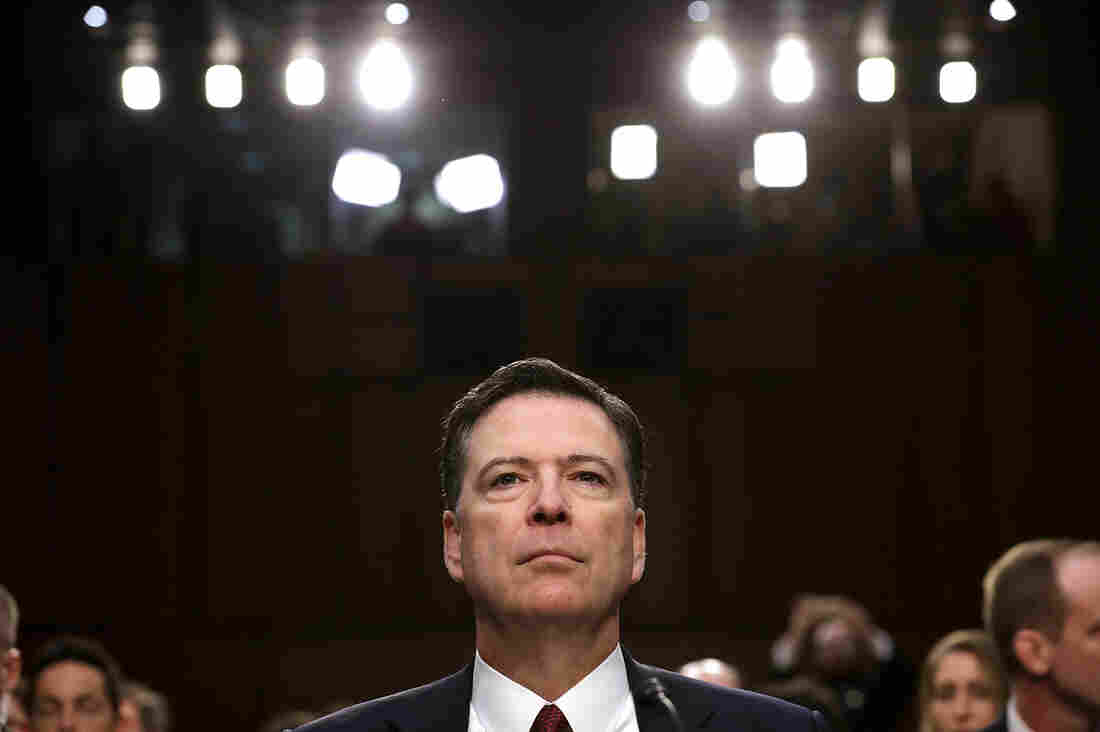 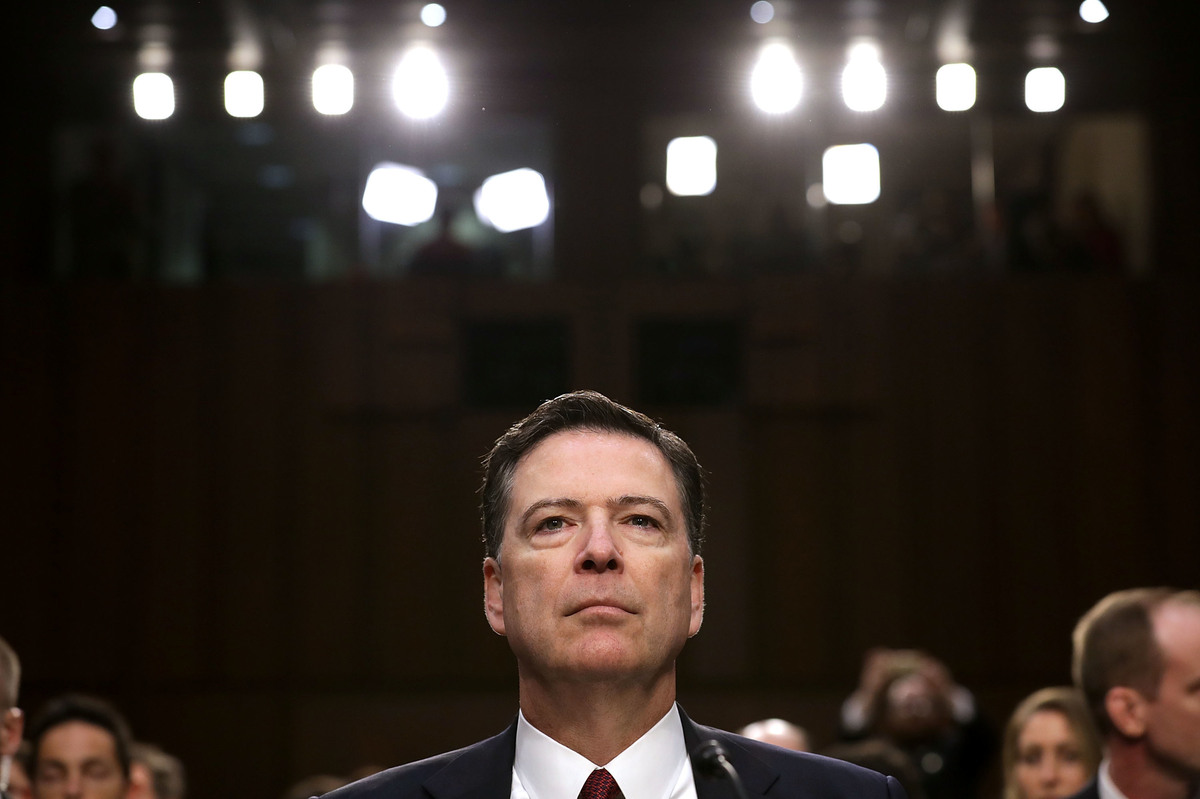 President Trump pointed his fingers at his own head and said then-national security adviser Michael Flynn had "serious judgment issues," according to a redacted, unclassified version of then-FBI Director James Comey's original memo about his fateful dinner with Trump.

That's one new detail included in copies of the memoranda sent by the Justice Department to Congress on Thursday evening in response to a request from the leaders of the Judiciary and intelligence committees.

Redacted copies of the documents were obtained by NPR.

Trump questioned Flynn's judgment while telling an anecdote about the foreign leaders who had called Trump to congratulate him after his inauguration. Flynn hadn't told Trump about one call and hadn't scheduled a response until six days afterward, according to Comey's memo — for which Trump upbraided Flynn. The leader and the country are not identified in the redacted version of the document.

Trump fired Flynn because he said he'd lied to Vice President Mike Pence, although the full circumstances remain unclear. Comey writes in his memos that Trump stressed to him that Flynn hadn't done anything wrong in his conversations with Russia's ambassador about sanctions.

The memos also describe Comey warning Trump about the danger of appointing someone too close to him to run the Justice Department — about how that was more of a source of problems for presidents than when someone with more distance becomes attorney general.

When Trump observed how close Obama and Holder had been, Comey writes that he told the president that relationship exemplifies a common mistake of presidents:

"Because they reason that problems for a president often come from Justice, they try to bring Justice close, which paradoxically makes things worse because an independent DOJ and FBI are better for a president and the country. I listed off [former attorneys general] John Mitchell, Ed Meese [and Alberto] Gonzales ... and he added [Robert F.] Kennedy."

Comey also describes the difficulty he says he had following Trump's monologue-like conversation.

"It really was conversation-as-jigsaw puzzle in a way, with pieces picked up, then discarded, then returned to," Comey wrote.

Trump denies the accounts of events Comey has given and has sandblasted him on Twitter this week. Trump's Republican allies in the House have "referred" Comey to the Justice Department because they say he should be prosecuted.

The release of #Comey Memos are further proof of @realDonaldTrump’s contempt for the rule of law. His attempts to intimidate, circumvent the law & undermine integrity of law enforcement investigations demand immediate action to protect the Mueller investigation. #FollowTheFacts

Overall, the documents confirm much of what has become a familiar narrative about the president and the onetime top G-Man:

Trump asks Comey for "loyalty," which the FBI director declined to pledge; Trump clears the Oval Office to talk with Comey about Flynn and ask him to "let this go;" and Trump urges Comey to announce publicly that the FBI isn't investigating him personally as it looked into whether the Trump campaign conspired with the Russian attack on the 2016 election.

Other top officials also appear in the Comey memos, including Flynn himself — with whom Comey had a relationship dating to Flynn's time in charge of the Defense Intelligence Agency — and former White House chief of staff Reince Priebus.

Mostly, though, the accounts are about Trump, drafted soon after Comey had concluded each meeting or conversation with him. In the case of the first document, Comey describes how he had just come from seeing then-President-elect Trump in New York City and decided to draft an account of their conversation "less than five minutes after the meeting" in his official FBI vehicle.

Trump, in Comey's telling, gave extensive denials about the salacious allegations about him in the infamous dossier compiled by Christopher Steele, a former British spy. He was obsessed with press leaks about the goings-on in the White House and his phone calls with foreign leaders.

And he frequently mentioned to Comey "your guy" Deputy FBI Director Andrew McCabe, whom Trump had made a political target in the 2016 campaign.

Trump eventually fired Comey and has given several reasons, including Comey's handling of the Hillary Clinton investigations and the Russia matter.

The Justice Department's submission of the memos to Congress on Thursday followed a week of saturation news about Comey and McCabe. Comey has been appearing on TV and radio nearly constantly talking about his book, which draws upon the accounts he drafted in the memos.

And McCabe, a spokeswoman confirmed on Thursday, is aware that he could be facing criminal charges after the Justice Department referred his case to the U.S. Attorney's Office in Washington, D.C. The inspector general's office says McCabe improperly directed an aide to leak information to The Wall Street Journal and then "lacked candor" about it to investigators.

McCabe's camp says he was well within his rights to authorize the release of information to the press and he told the truth about the matter afterward.