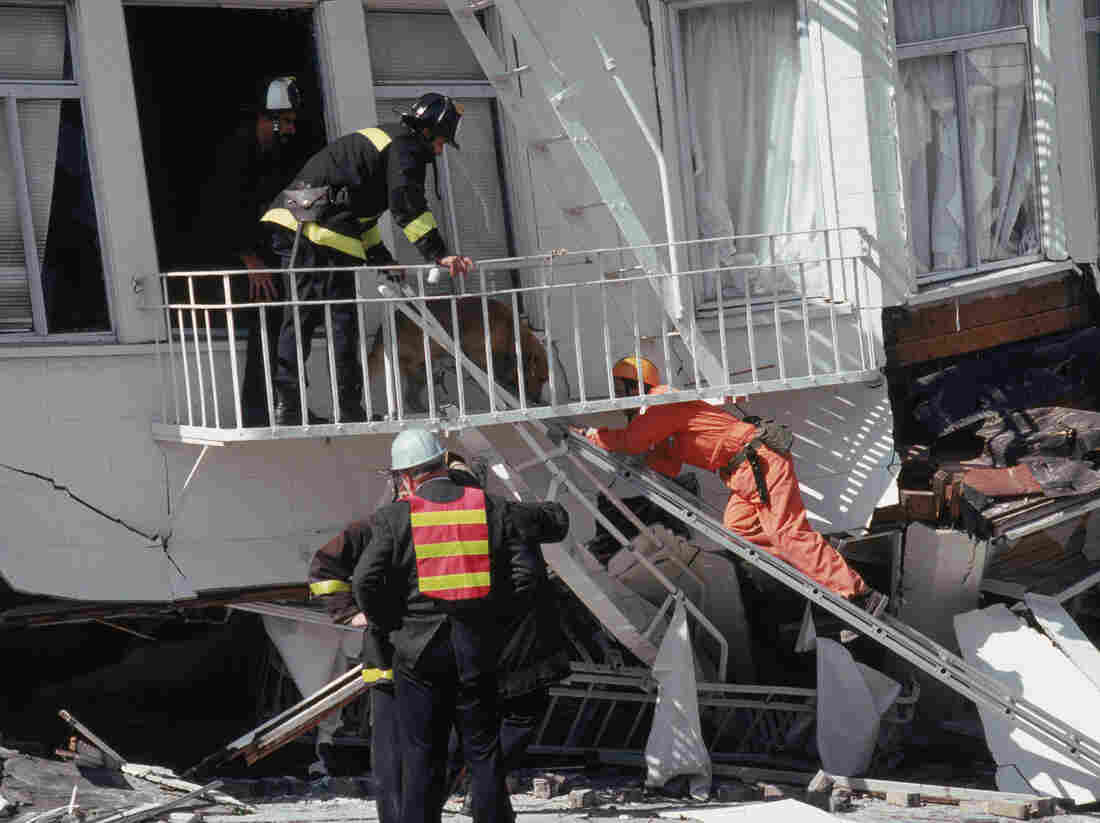 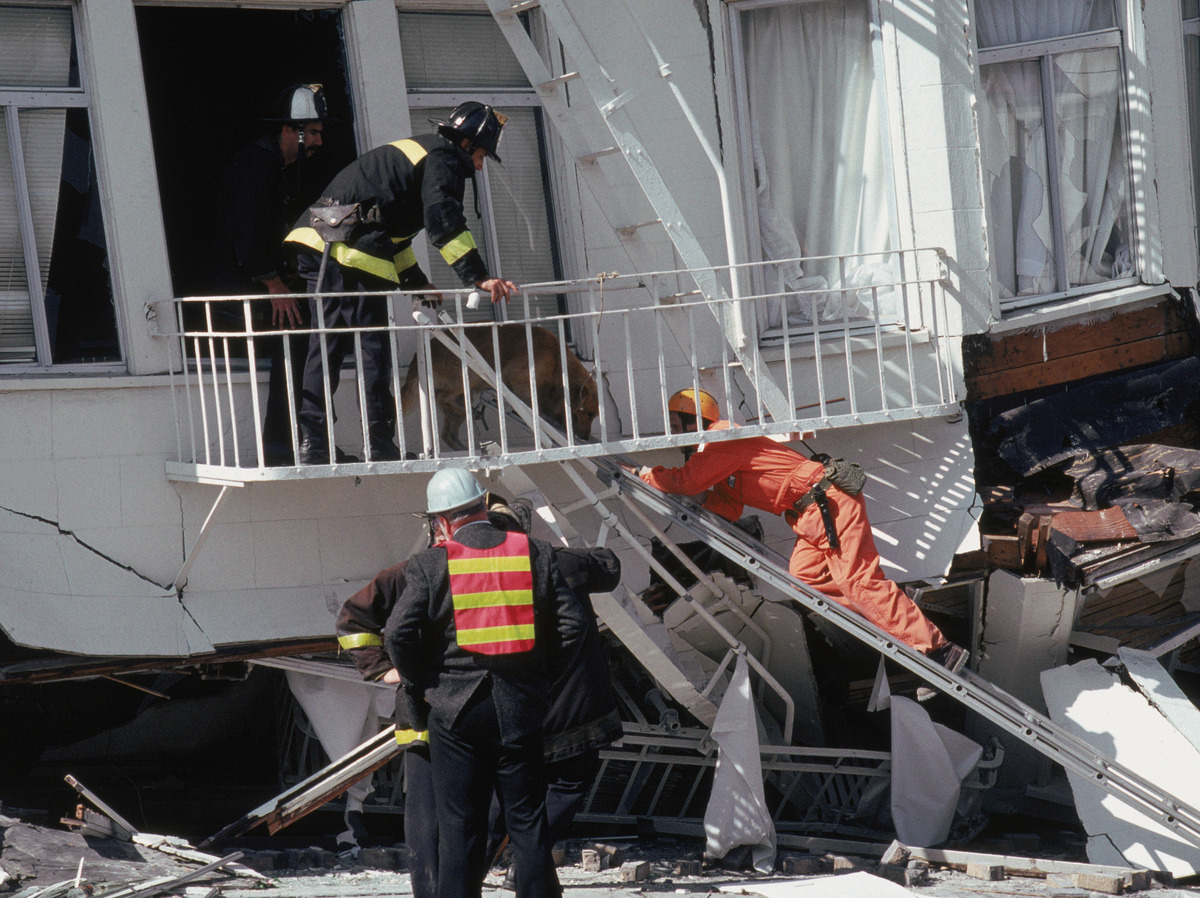 First responders in the Marina District disaster zone after an earthquake on October 17, 1989 in San Francisco, Calif.

A startup company in California is using machine learning and artificial intelligence to advise fire departments about how to plan for earthquakes and respond to them.

The company, One Concern, hopes its algorithms can take a lot of the guesswork out of the planning process for disaster response by making accurate predictions about earthquake damage. It's one of a handful of companies rolling out artificial intelligence and machine learning systems that could help predict and respond to floods, cyber-attacks and other large-scale disasters.

Nicole Hu, One Concern's chief technology officer, says the key is to feed the computers three main categories of data.

The first is data about homes and other buildings, such as what materials they're made of, when they were built and how likely they are to collapse when the ground starts shaking.

"The third thing we look at is live instant data," she says, such as the magnitude of the quake, the traffic in the area of the quake and the weather at the time of the quake.

The computer uses the information to make predictions about what would happen if an earthquake occurred in a particular area. It then uses data from past earthquakes to see whether its predictions are any good, and revises its predictive models accordingly.

In other words, it learns as it goes, which is basically how machine learning works.

Stanford University earthquake engineer Gregory Deierlein consulted for One Concern. He says one of the most remarkable things about the company's software is its ability to incorporate data from an earthquake as it's happening, and to adjust its predictions in real time.

"Those sort of things used to be research projects,"says Deierlein. "After an event, we would collect data and a few years later we'd produce new models."

Now the new models appear in a matter of minutes.

He notes the company's exact methods are opaque. "Like many startup companies they're not fully transparent in everything they're doing," he says. "I mean, that's their proprietary knowledge that they're bringing to it."

Nonetheless, some first responders are already convinced the software will be useful.

Fire chief Dan Ghiorso leads the Woodside Fire Protection District near San Francisco, which covers about 32 square miles. The San Andreas fault is only a couple hundred feet behind the firehouse.

Ghiorso says in the past, when an earthquake hit, he'd have to make educated guesses about what parts of his district might have suffered the most damage, and then drive to each place to make a visual inspection. He hopes One Concern's software will change that, although he has yet to put it to the test during an actual quake.

"Instead of driving thirty-two square miles, in fifteen minutes on a computer I can get a good idea of the concerns," he says. "Instead of me, taking my educated guess, they're putting science behind it, so I'm very confident."

Unfortunately, it's going to take a natural disaster to see if his confidence is justified.