Accessibility links
Malibu Moves To Ban Single-Use Plastic Whether you think it's time or a waste of time, the city of Malibu decided to ban the use of plastic straws, utensils and stirrers as a means of reducing their harmful effects on the environment. 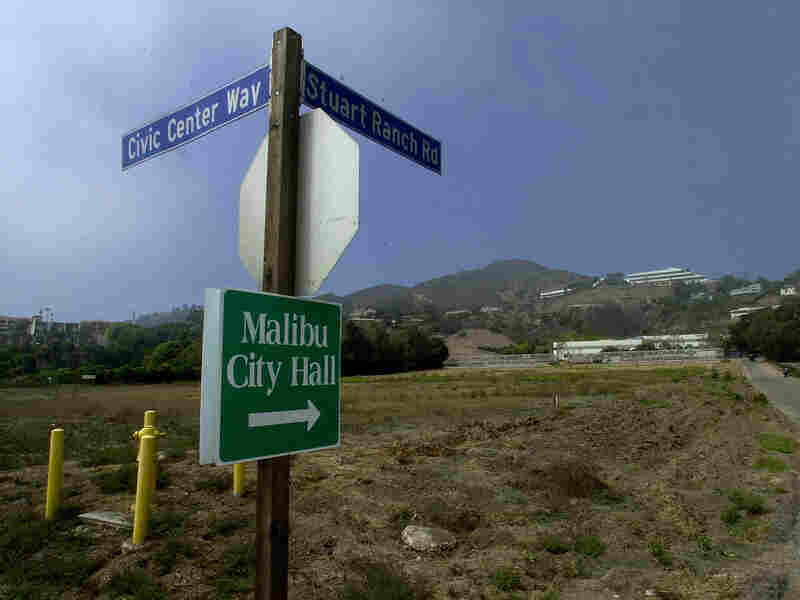 Malibu's ordinance banning single-use plastic items is set to go into effect June 1 in an effort to eliminate waste and clean up the city's beaches. Reed Saxon/AP hide caption 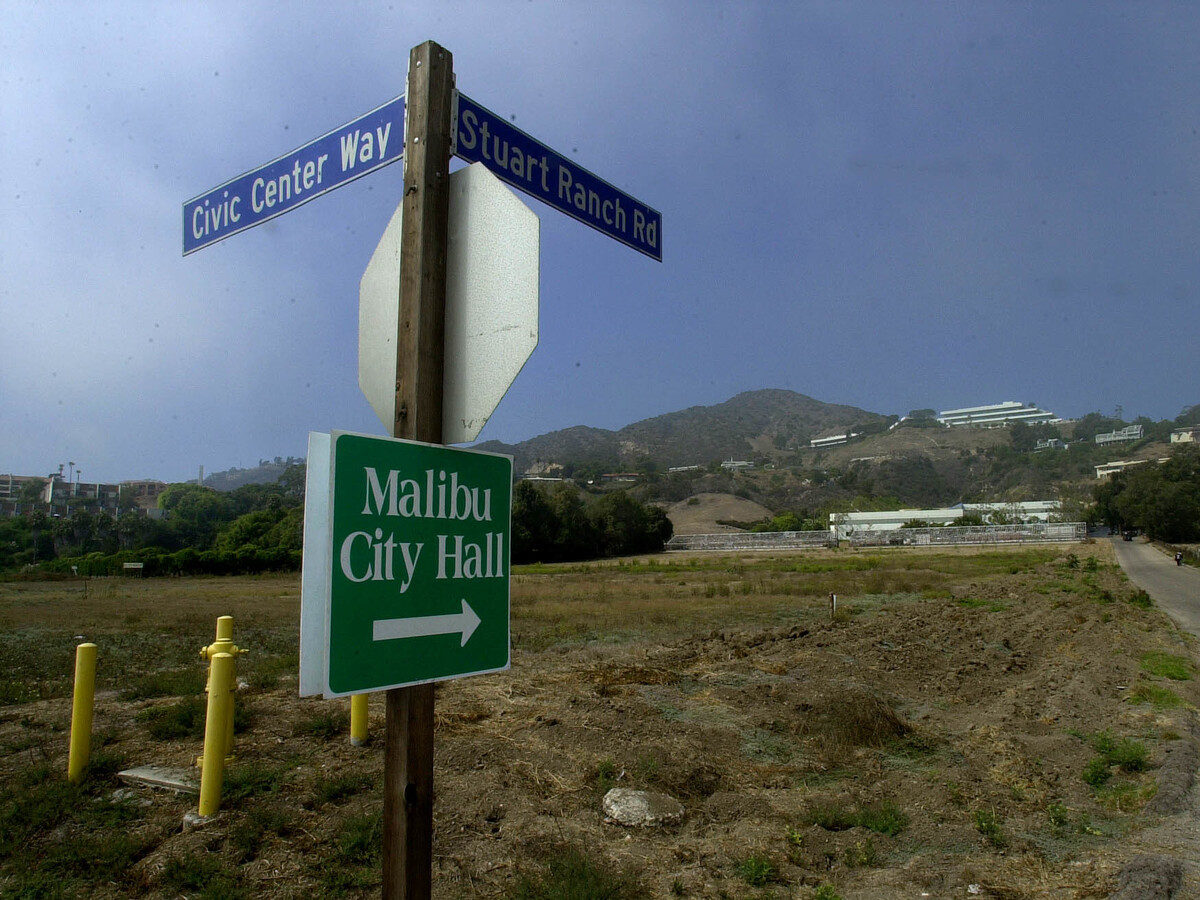 Malibu's ordinance banning single-use plastic items is set to go into effect June 1 in an effort to eliminate waste and clean up the city's beaches.

In terms of environmental impact, there are alternatives to plastic straws — glass, paper, metal even. But each one had its particular flaw in the eyes of Robert Morris, who owns the Paradise Cove restaurant in Malibu, Calif.

"I've tried paper, but they just don't work as well with our cocktails, and we've had paper straws in the past for years, but pasta straws are just better and take less time to decompose," Morris said.

Morris' concern about the consequences of his straw choice is being driven in part by the actions of the city of Malibu, which is moving to ban single-use plastic straws, utensils and stirrers to reduce the harmful effects on the environment. Restaurants and other businesses have until June 1 to swap out plastic for reusable and biodegradable straws and cutlery.

Morris tells NPR that he has no intention of waiting for the ordinance to kick in, so he replaced plastic straws with what he calls the amazing pasta straw. He first saw a pasta straw on a trip to Italy a few years ago, then later went to a local market in Malibu and found a pasta straw he could use at his restaurant.

"We sell boba, and the straws are just big enough to use for that," Morris said. "Once you're done using it you can just eat it, cook it or throw for compost."

With 28 years in the business working first with his father before opening his own restaurant, Morris said he never thought about the impact plastic, and more so plastic straws, had on the environment.

"When the city came up with the rule it had me focused on finding a solution," Morris said. "Something as simple as flour and water turned out to be that solution."

And the trend doesn't seem limited to the United States. The U.K. proposed a plan to reduce plastic waste in Europe on Thursday at the Commonwealth Heads of Government Meeting.

The proposal tackles single-use plastic by implementing measures for businesses and the government to go beyond a ban to a more emphasized strategy of rethinking plastic packaging altogether.

All plastic would have to fall into the circular economy where everything is recycled. Some yogurt containers, ready-made meal trays and even salad containers are made from nonrecyclable material that would be banned from distribution if the proposal passes.

The BBC reports that British Prime Minister Theresa May has declared plastic waste "one of the greatest environmental challenges facing the world."

Data from routine beach cleanups in Malibu show that straws were the fifth most common object found on beaches, with plastic utensils sliding into sixth place. Plastic bottles were the dominant winner in the category.

According to the National Park Service, Americans use 500 million drinking straws daily. Various campaigns, such as Be Straw Free, The Last Plastic Straw and the U.K.'s Straw Wars, launched their initiatives to work on a global movement that specifically targets straws.

"I thought that's impossible, that [500 million] must have been a typo," said Sheila Morovati, a longtime Malibu resident, who launched the campaign to ban straws. "I realized this has to stop." 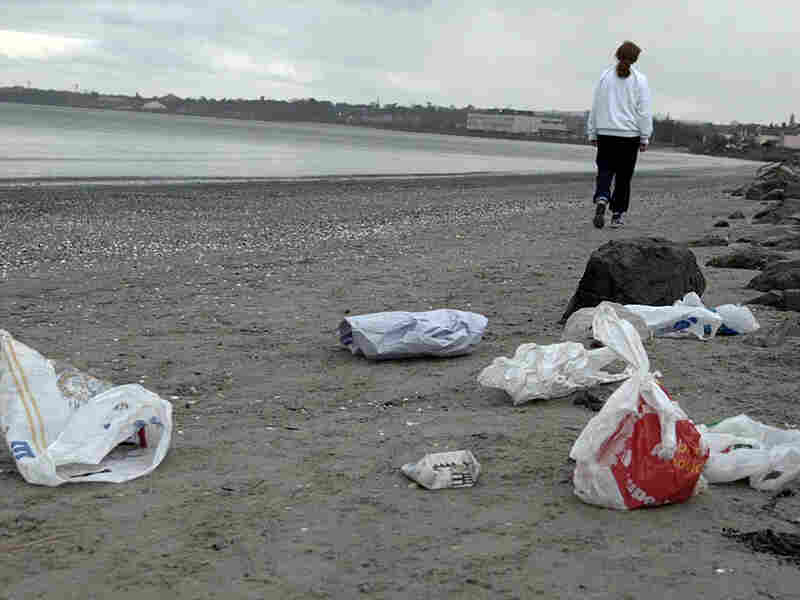 Each year the city collects data from a routine beach cleanup, which showed that straws specifically were the fifth most common object to be found on beaches, with plastic utensils sliding into sixth place. John Cogill/AP hide caption 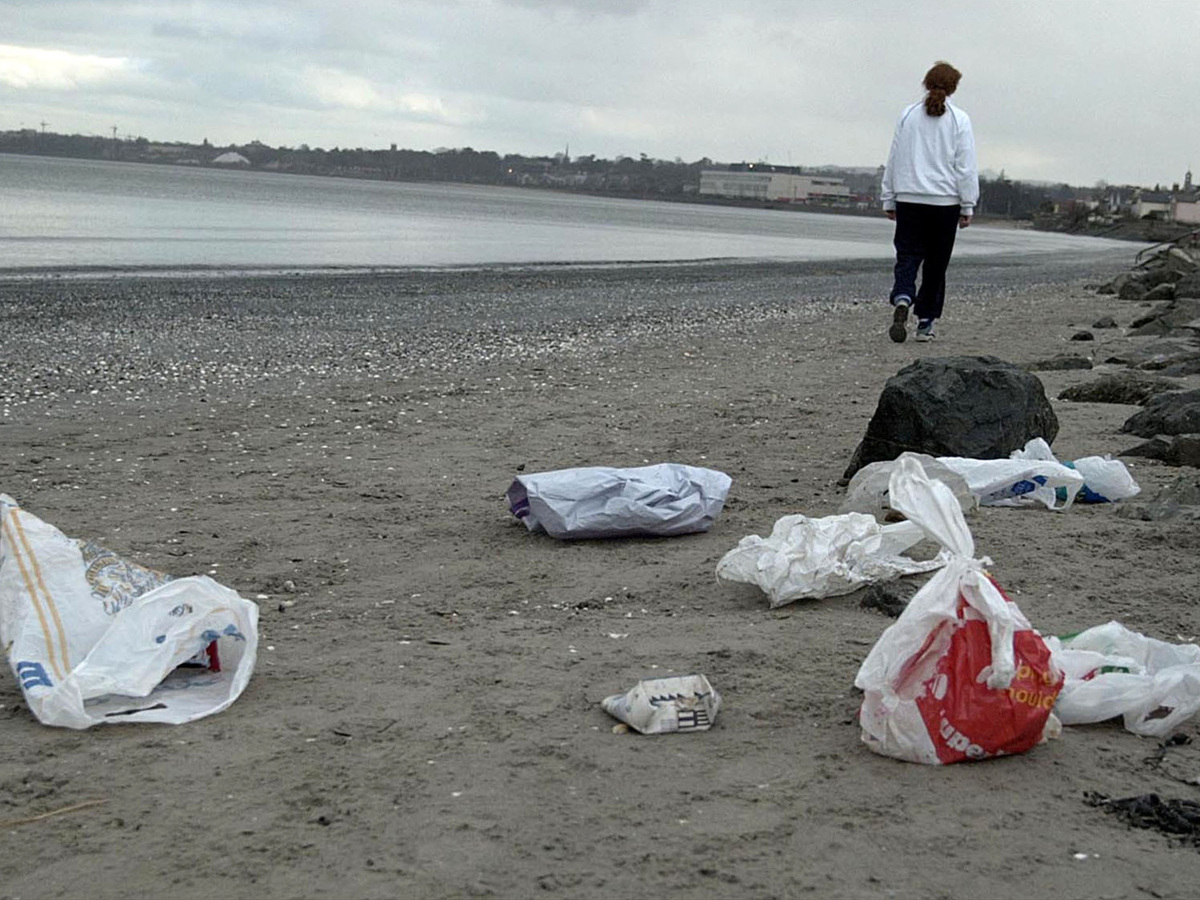 Each year the city collects data from a routine beach cleanup, which showed that straws specifically were the fifth most common object to be found on beaches, with plastic utensils sliding into sixth place.

To launch the initiative, Morovati teamed up with the city of Malibu to screen a documentary called Straws.

"It was clear by the end of the documentary that banning just straws is good and I was really happy to see that, but they shifted the ban to all other single-use plastics, which was great," Morovati said.

The new regulation will also require consumers to request a straw if they want one rather than being given one by default.

The council voted unanimously last month to adopt the changes. "It was a natural progression; we had been doing a number of things especially over the last year," said Rosenthal. "... That's one of the things that everybody on our city council agrees on, and we really don't always agree, but on this we did."