Accessibility links
'We Came A Long Way': After Prison, A New Chance For A Dad And His Daughter For much of her childhood, Abby Gagliardo's dad, Ralph, was in and out of prison. But Abby, now 17, never understood why — and she was hostile toward him when he finally returned home five years ago. 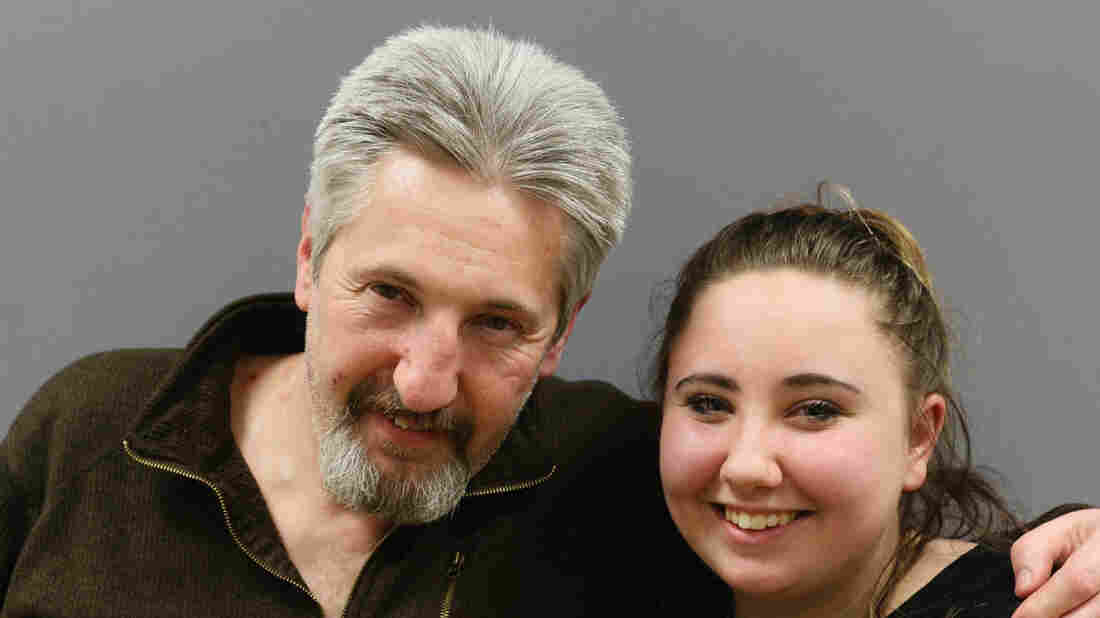 Ralph Gagliardo was incarcerated for much of his daughter Abby's childhood. At StoryCorps, they talk about their relationship while he was in prison and after he returned home. Daniel Sitts/StoryCorps hide caption 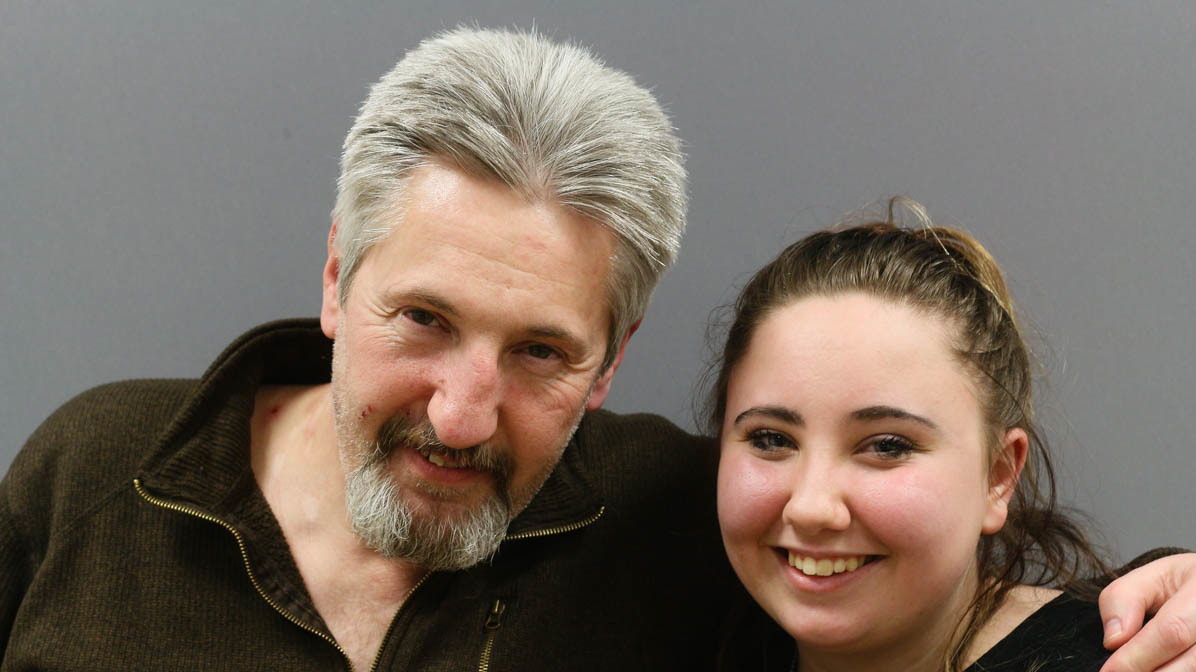 Ralph Gagliardo was incarcerated for much of his daughter Abby's childhood. At StoryCorps, they talk about their relationship while he was in prison and after he returned home.

For much of Abby Gagliardo's childhood, her dad had been in and out of jail and prison. "People would ask me, they'd be like, 'Oh, where's your dad?' " Abby recalls in a StoryCorps conversation recorded last year, when she was 16.

She knew he was incarcerated, but she was never given a clear picture why. "I didn't understand any of it," she says.

When she was 6 years old, her dad, Ralph Gagliardo, now 54, began serving time for larceny. Ralph was released in 2009 but continued to spend time in and out of prison. It has now been five years since his most recent release, but it wasn't until recently that Abby was able to piece together her dad's absence. In 2016, she learned from her sister that he had been using drugs.

"So I did," she continues, "and you told me you were addicted to heroin for 10 years. That was shocking to me."

"Did it all of a sudden make sense to you, like why I was going to jail?" Ralph asks Abby.

"I thought it was for stealing," she says.

"Yeah, well that's part of it — kind of go to extreme measures because you always need money," Ralph says. "So you just thought I was a crook?"

"I was young; I didn't put two and two together," Abby says. "And looking back on things, I thought I had a normal life. You know, I ate spaghetti for dinner, I watched TV, I went to bed at 8."

Ralph says he would send letters from prison to connect with his daughter. "Like one time, I traced my hand on a piece of paper and I told you to trace yours," he says.

For Abby, the correspondence from prison was hardly a substitute for building a relationship with her dad in person.

"It's like talking to someone through a wall," Abby says. "Back then, I couldn't see the dumb faces you make now, or hear your laugh when I make a silly joke, or see the way your forehead has funny lines in it when you talk. There is a difference, and I can feel it."

While her dad was gone, Abby bounced between two relatives' households. She was 12 when Ralph was released from prison in 2013, and when he returned home, he sensed her hostility toward him.

"I was pissed," she says. "I was like, how can you come in here and act like the parent? You have to give me a reason to give you a chance."

Since getting sober in 2012, Ralph enrolled at Goodwin College in Connecticut, where he's working toward a bachelor's degree in human services, with plans to attend law school.

"There [were] definitely some bumps in the road," Ralph admits. "And it was my fault that you didn't have a father there."

"But I have one now, and that's what counts," Abby says. "You know, I know you're not just going to disappear out of the blue."

"It took some time," Abby says, "but I mean, look at us now — you're the one person in the world I can open up to and trust. We came a long way, and I'm proud of both of us."