Accessibility links
Democrats Sue Russia, WikiLeaks And Trump Campaign Over Election 'Conspiracy' The Democratic National Committee laid out a legal theory about a conspiracy against the 2016 presidential election, but the case is unlikely to go anywhere. 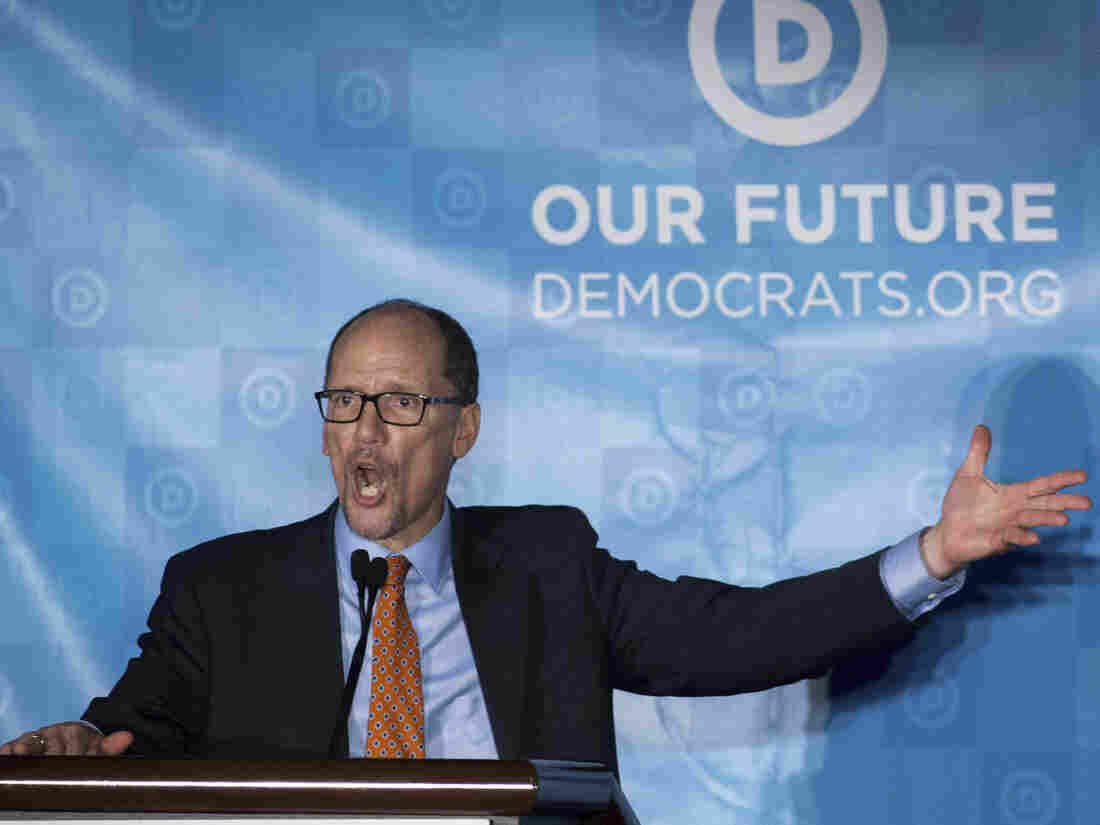 The Democratic National Committee filed an attention-grabbing lawsuit against the Russian government, WikiLeaks and Donald Trump's presidential campaign that says they conspired to interfere with the 2016 U.S. presidential election.

The suit — which faces legal obstacles because of the Justice Department's investigation into Russia's attack and the difficulties involved with suing a foreign government — develops a theory about alleged collusion between Trump's campaign and the Russians.

"The conspiracy constituted an act of previously unimaginable treachery: the campaign of the presidential nominee of a major party in league with a hostile foreign power to bolster its own chance to win the presidency," the DNC writes in the suit.

The suit treats as unified fact what Justice Department special counsel Robert Mueller is attempting to establish through his investigation. It's red meat for rank-and-file Democrats.

Trump, administration officials and campaign aides all deny they conspired with the Russian active measures campaign. The president and his supporters say that what has actually happened over the past two years is that "biased" Justice Department and FBI officials have abused their surveillance powers.

"This is a sham lawsuit about a bogus Russian collusion claim filed by a desperate, dysfunctional, and nearly insolvent Democratic Party," Trump campaign manager Brad Parscale said on Friday. Later in the evening, the president blasted "Obstructionist Democrats" in a tweet about the lawsuit.

Trump allies in the House sent a letter to the Justice Department earlier this week "referring" the cases of Hillary Clinton, former FBI Director James Comey and other political enemies for potential prosecution. That referral also is not expected to result in action.